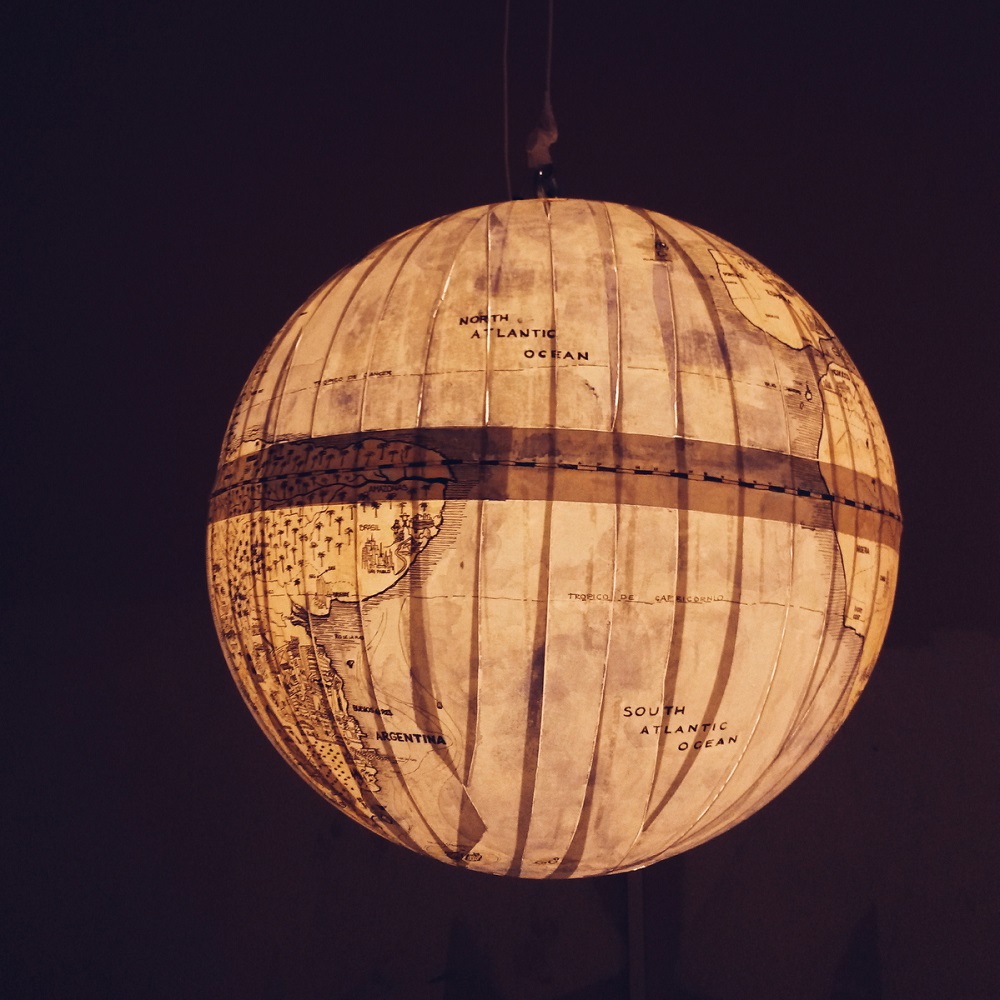 I don’t always like going to the city on weekends, since it’s often rush-hour-style overcrowded and I prefer not to do anything that requires me to put on my bra or brush my hair on a day off, but once in a while I can’t escape it and I combine as many things as possible. Let me take you on Tea’s Fun Day Out. 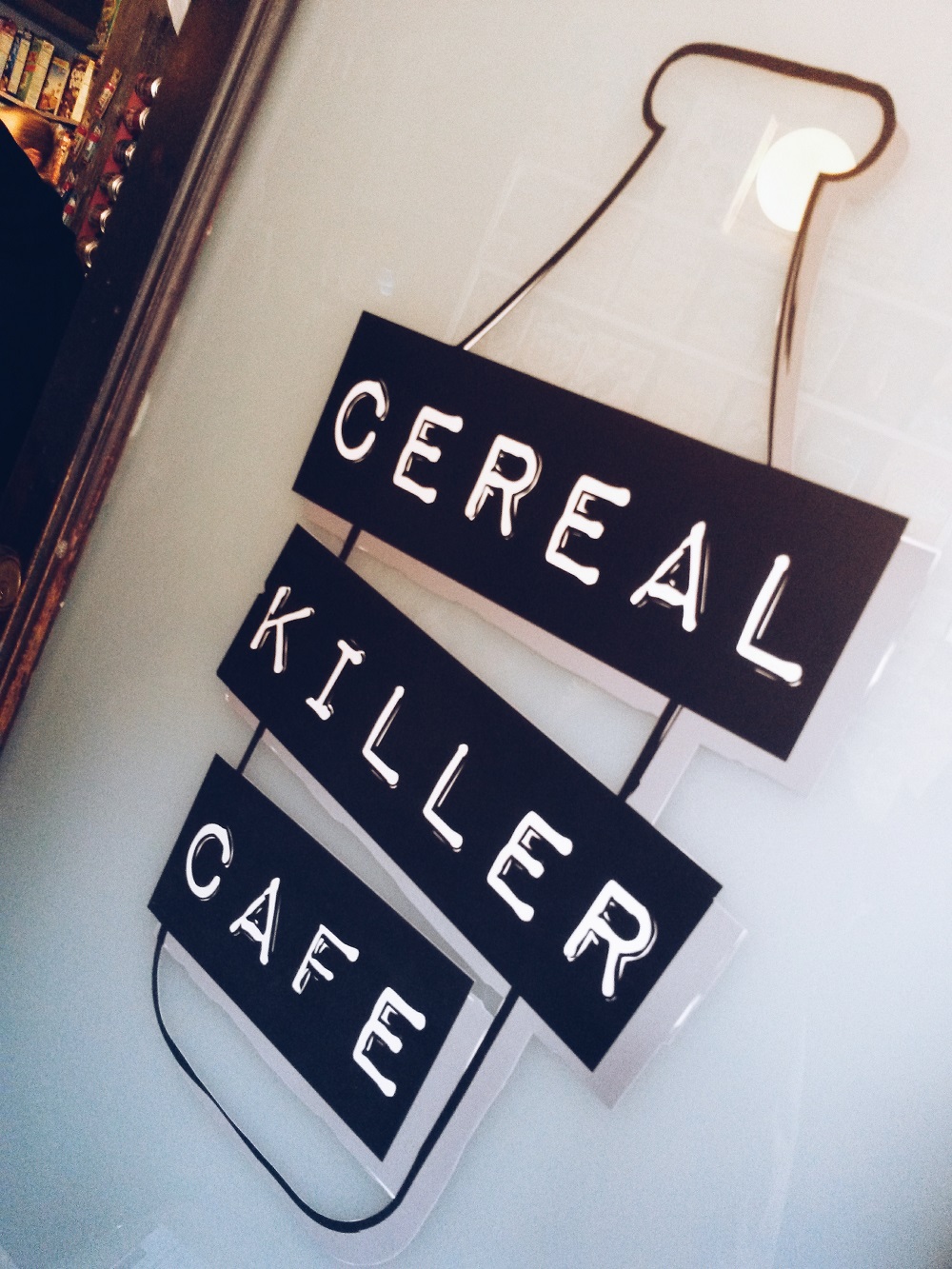 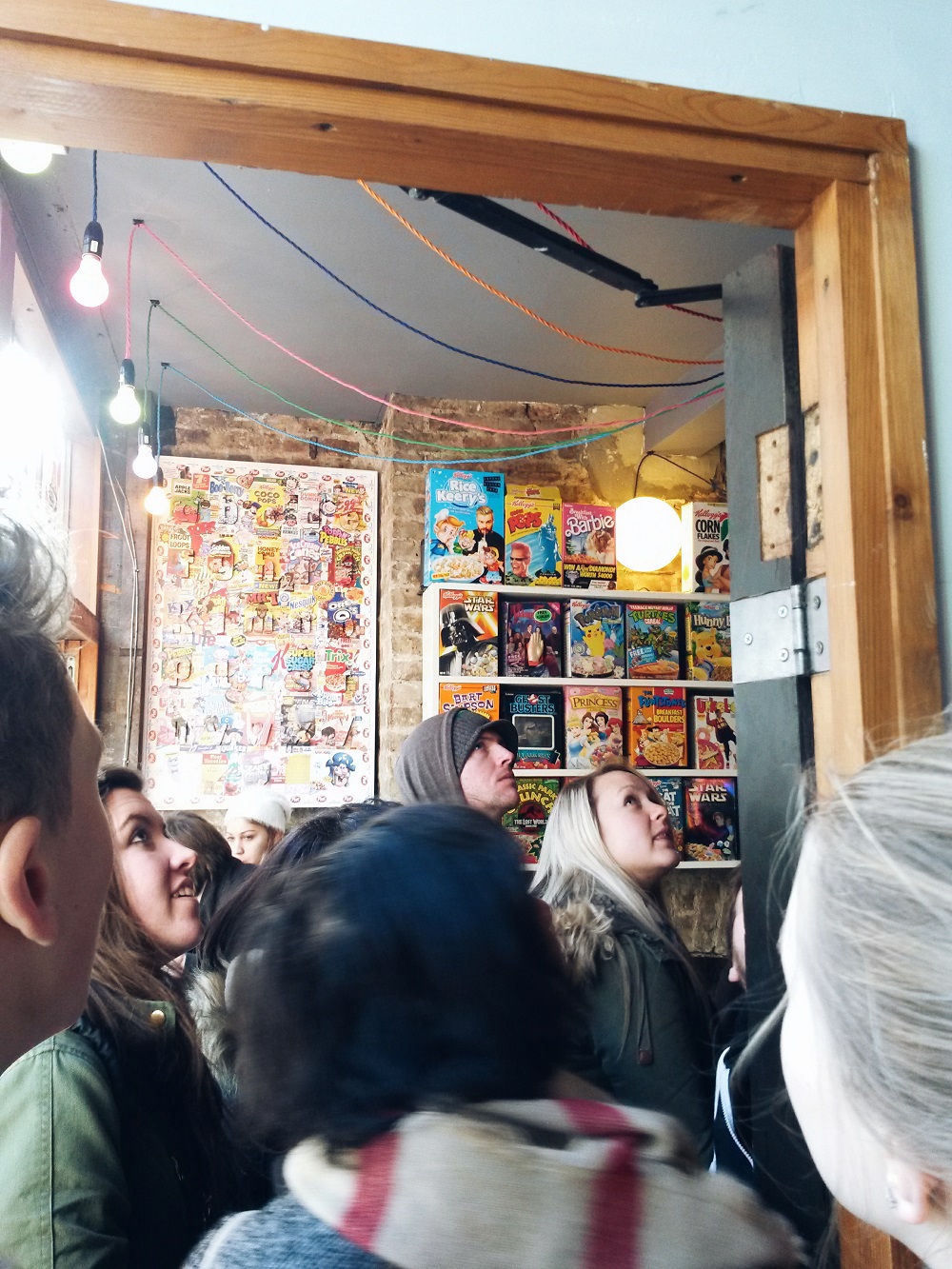 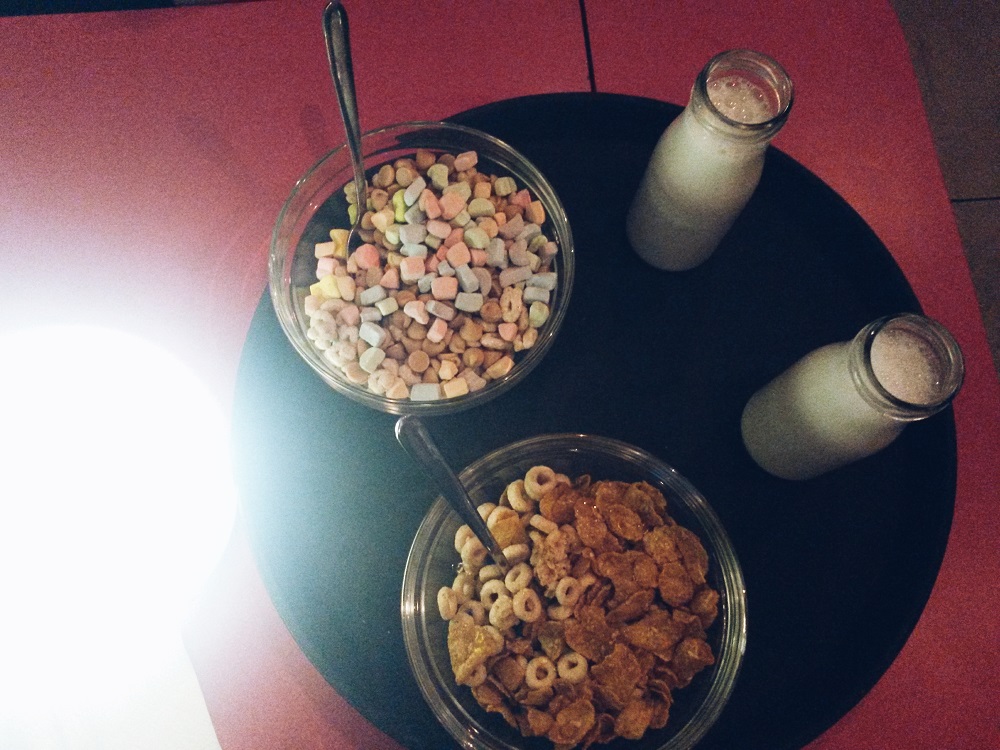 The Cereal Killer Cafe opened back in December and although I work down the road from the place the queues have deterred me from going during my lunch break. I first wanted to wait till the hype had worn off a bit, but then I really wanted to go, so early Saturday morning seemed a good idea. There was a queue, but it wasn’t too bad and I got to get my bowl and look at limited edition cereal box art displayed on the walls (everything from Simpsons to Star Wars and even Urkel-Os). The place is heaven for cereal addicts. 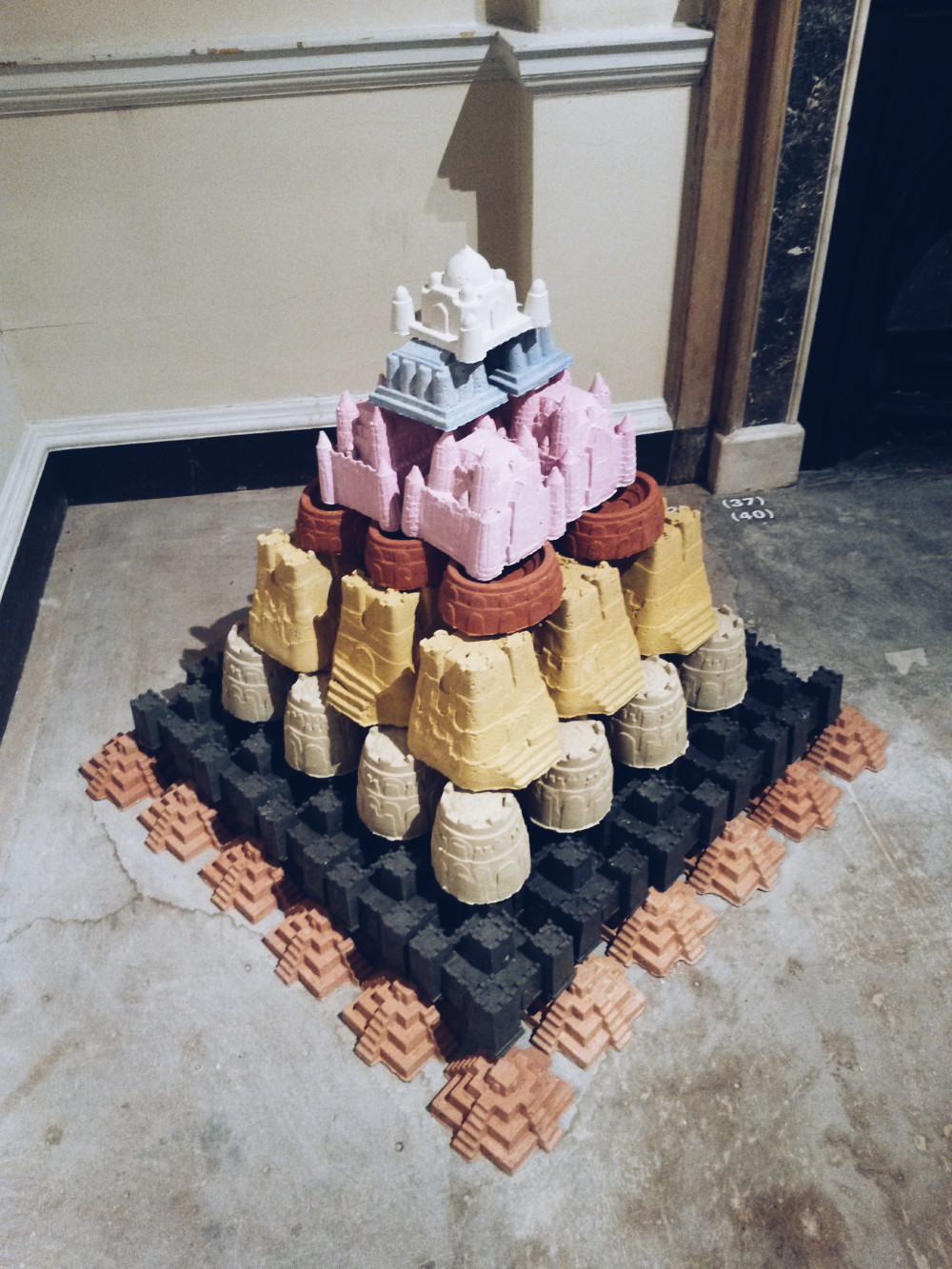 The next stop was Somerset House for the Mapping the City exhibition which features works by over 50 internationally artists from the street and graffiti art scenes who were inspired by the city they live in. You can visit it (for free) till 15th February. 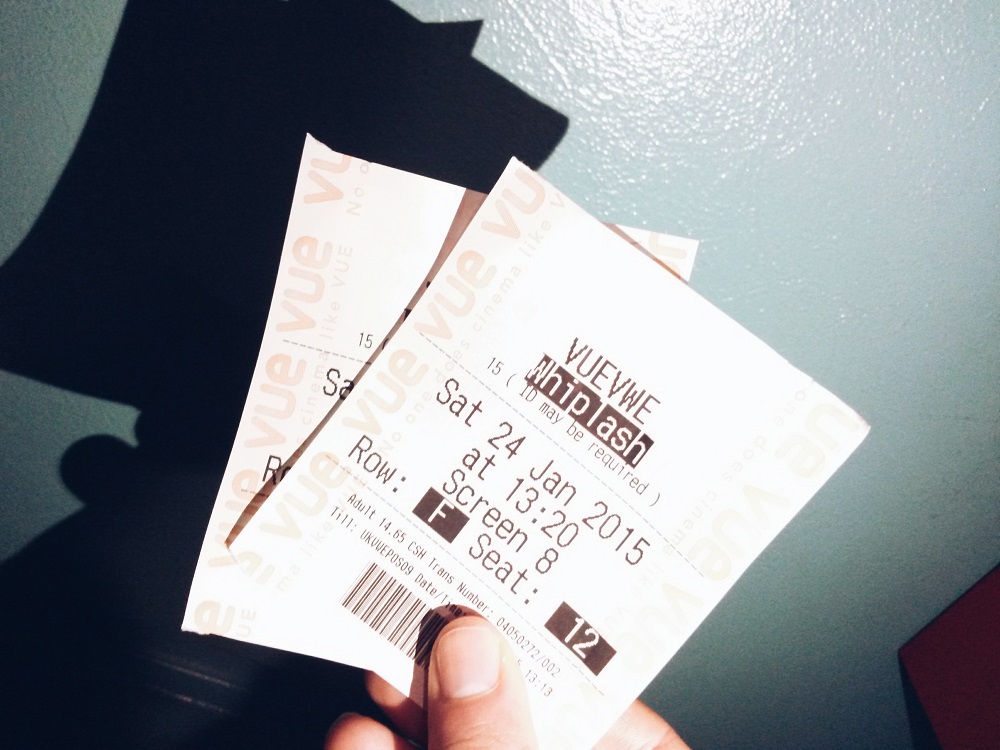 I’ve been dying to see Whiplash since it was praised at last year’s Sundance Film Festival. The film is set around a promising young drummer who get the chance to play in the top jazz assemble led by an instructor known for his terrifying teaching methods. 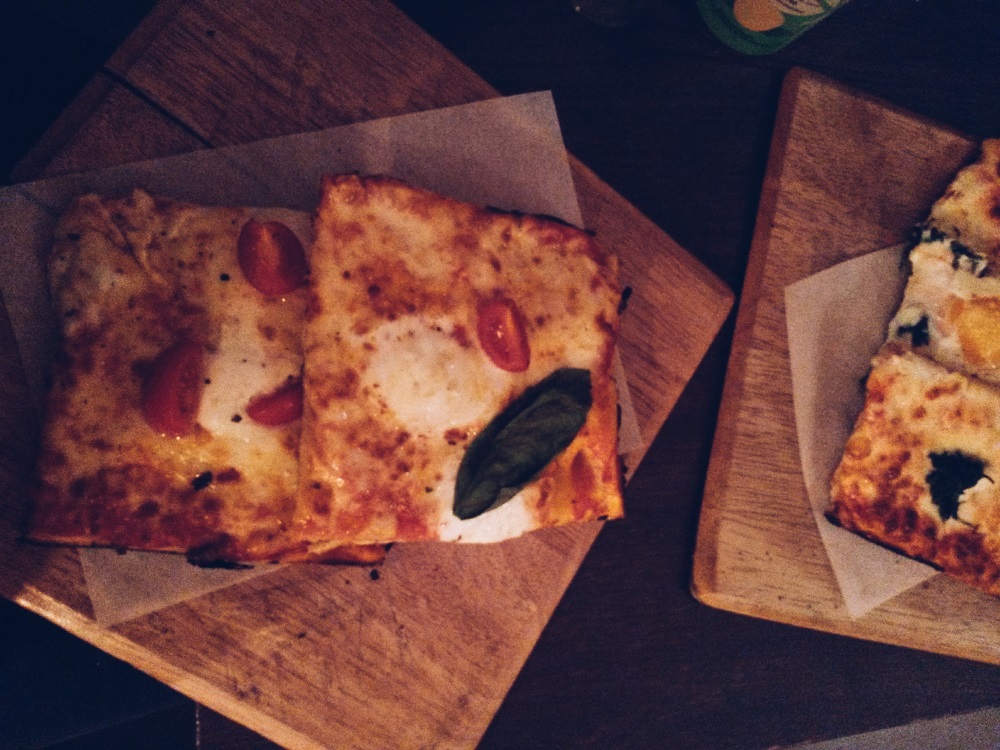 When it comes to Italian food I am a pasta person – I could eat it for breakfast, lunch and dinner. But (confession) pizza is not really my thing. Once or twice a year I crave for pizza and today was one of those days and since it was mentioned in Whiplash a few times I was craving it. I was taken to Pepe Italian Street Food and loved it! They do pizza with a soft but thin base with lots of cheese and it’s pretty cheap for Soho (£4 for a main-portion sized big slice).

9 thoughts on “Saturday In The City”