While I’ve been sharing a lot of the things I’ve seen & done in London this year, I also took quite a few varied trips to the mainland. Here are the places I hit up and some of the lessons I learned on the way. 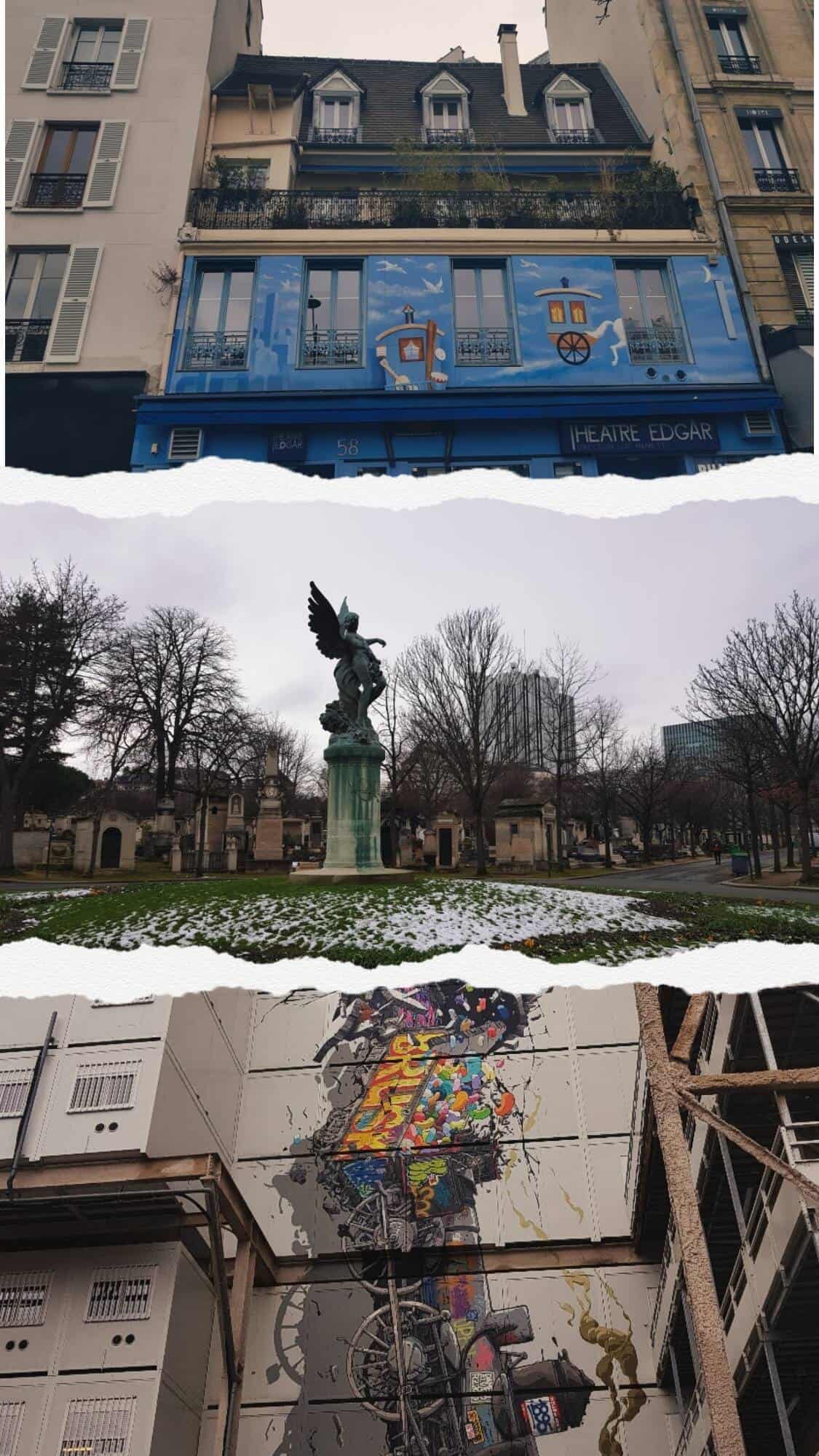 Paris
My first trip was to Basque Country via Paris by train – you know…in name of being more green and sustainable. It was supposed to be an 8 hours train trip, with two hours spare to change stations in Paris, stretch my legs and have a croissant in the park. What could go wrong?

London to Gare Du Nord went ok, I even thought I was smart by buying a metro tickets in advance ace on the Eurostar. For some reason I had to swap the tickets for real ones, so I had to queue and go through the hassle anyway and lost about 15 minutes to start with.

I found my croissant and the green space I mistook for a park via Google maps turned out to be a cemetery, but a pretty one so it was worth the walk. On my way to the station I even spotted some impressive street art in what was else a very forgotten part of Paris.

Then at the station there was a lot of confusion and it took me forever to find someone who spoke English and explain what was going on. Turned out the trains to Bordeaux and further south were messed up due to an electrical failure and everyone had to go to another station on the other side of Paris to get a train from there. I managed to get on the over packed train (and when I mean packed I mean people squashed into every single bit of the train, even the stairs!) and had to stand for 3 hours until everyone got off at Bordeaux. I arrived 3 hours later than planned at my hotel in Hendaye and had the warmest welcome at Hotel Santiago before I dove in my bed. 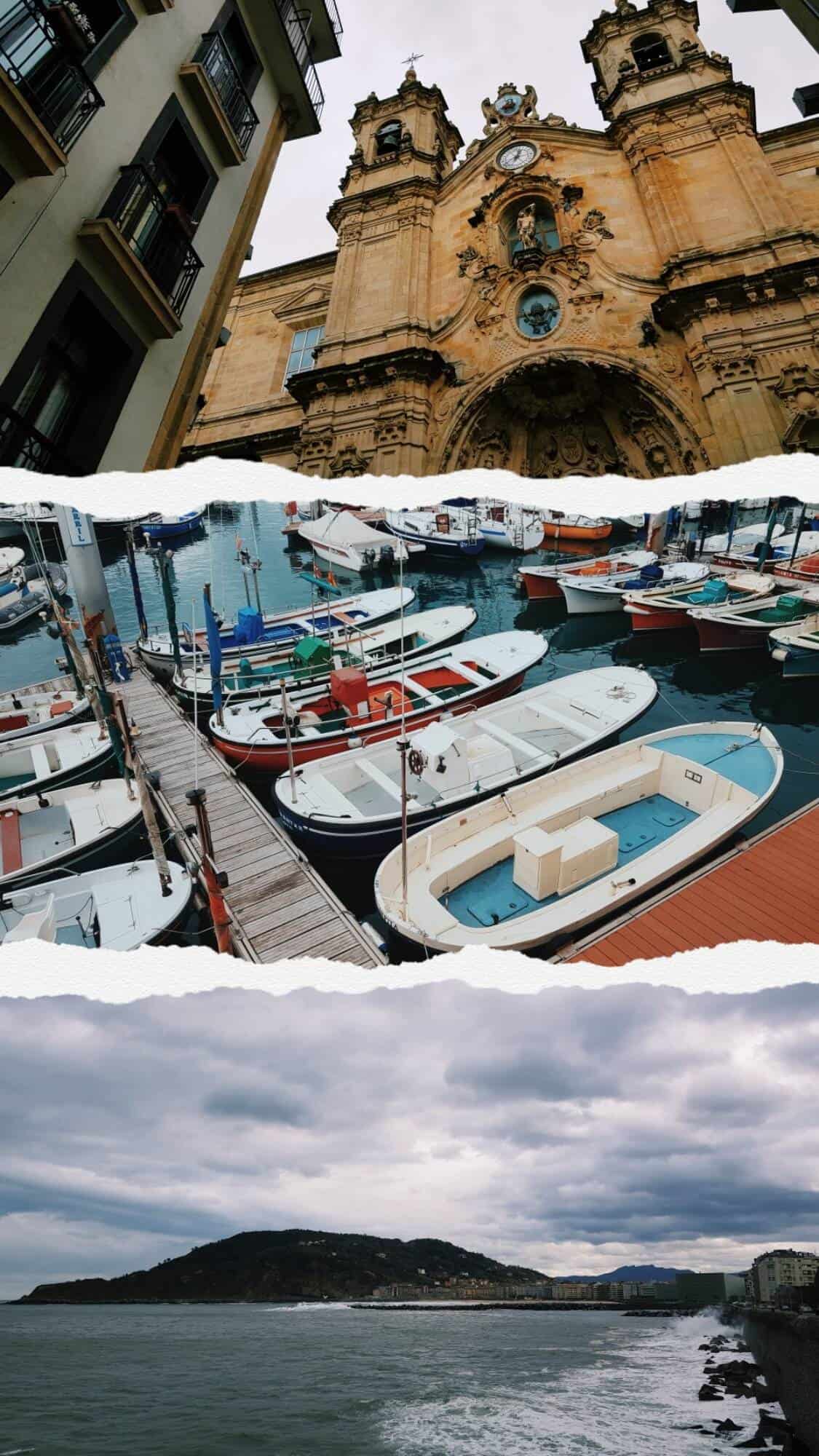 San Sebastian
The next morning I got the train to San Sebastian, bought a bus ticket to Bilbao and fuelled up on some coffee at Sakona. Then went in for a walk around town and wanted to walk up Mount Urgull.  Sadly the entrance was closed, so I couldn’t go up and enjoy the views I’d quite a bit about.

When I booked a luxury bus I thought it meant I had a confirmed seat, because what else could I get for €10 extra? Well … a huge leather stand-alone seat, a video screen with a selection of Friends episodes, and a stewardess handing out wet towels before handing out snacks.

Lesson learned – don’t be afraid to splurge on a luxury bus.

Bilbao
When I arrived the weather looked nice, so I decided to walked from the bus station to my hotel, but five minutes in it started pouring and I must have looked really sad because the lovely folks at Hotel Vincci gave me a riverside upgrade so that was exciting. The downside at staying at hotels is that you can’t really make friends in the common room and then head for food. So I had to brave the Pinxton (Basque’s take on tapas) bar alone, though on the plus side … I didn’t have to share any of the bites.

The next day I spend almost all morning and half of the afternoon in the Guggenheim and enjoyed the pieces. Aside from Puppy and the building itself, my favourite thing was getting lost in the The Matter of Time artworks. In London I feel like I only go in and pay attention to half of the exhibits, because I can come back whenever and look at it again. But when I have to pay … I make sure to get the most out of it and that includes an audio tour and taking the time to properly look at all paintings and artworks. I also went to the Saturday market to stock up on Basque cheese, hazelnuts and ground almond Basque cake to take home.

My train trip back started fine, but then it got delayed which again was stressful cause I wasn’t sure if I would make the connection. I eventually did and I think I cried from relief for half of the journey. I realise it all sounds very dramatic, but I would definitely opt for a longer train journey again for future trips. 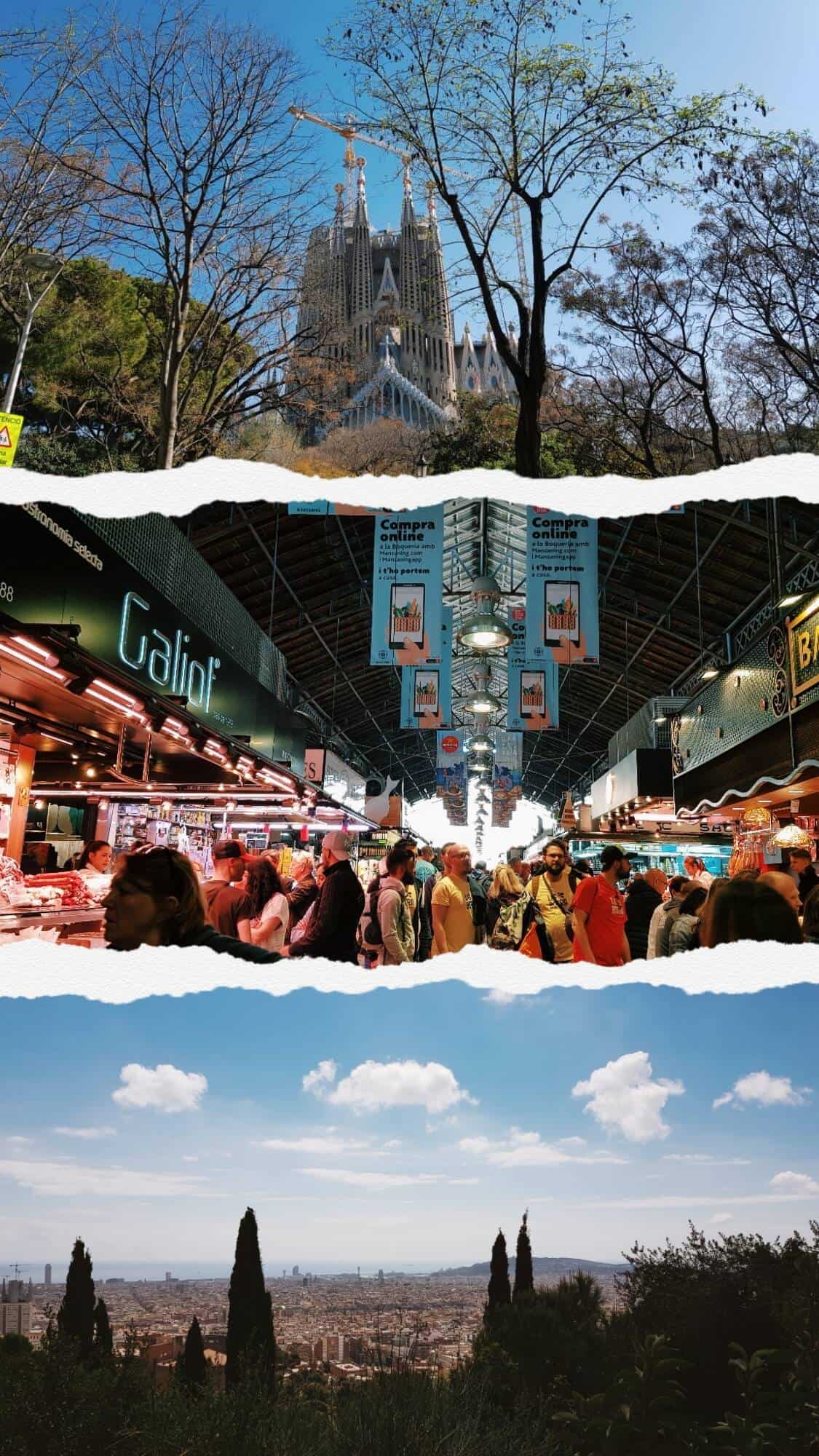 Barcelona
Then it was off to a team trip to Barcelona for my second visit to the city of Gaudi, Camp Nau and Las Ramblas. I wrote a post about some of the delicious food I had there. Besides eating there was also a stroll from Gracia to the Beach, a night of dancing and a very slow walk through and to the top of Parc Guell. I definitely want to go back a third time as I haven’t been inside the La Sagrada Família or seen the other breathtakingly gorgeous Gaudi buildings from the inside.

Lesson learned – It’s good to give some places a second chance. 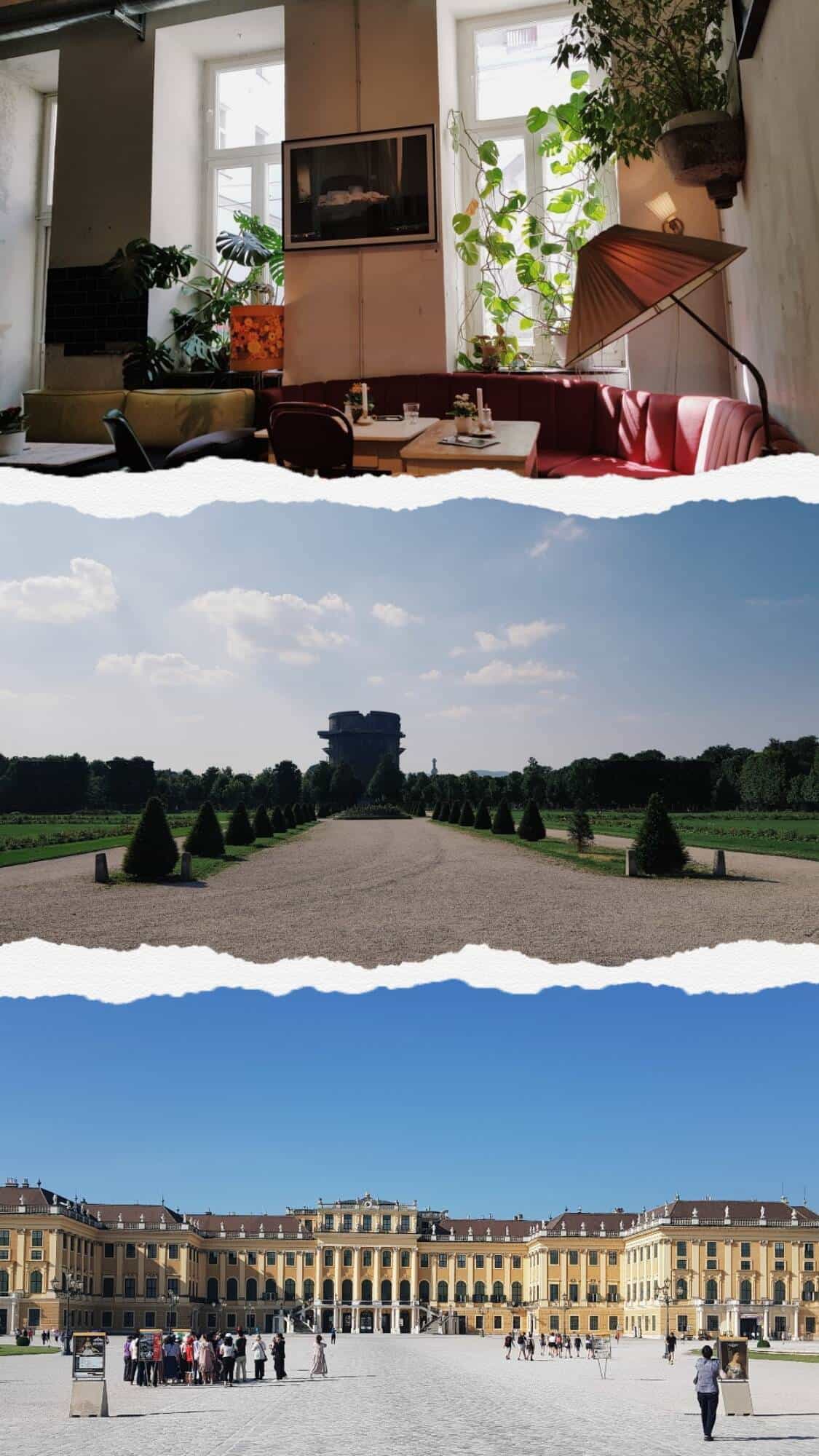 Vienna
I also got to revisit Vienna again. Sadly, it was just for 30 hours, but I still managed to fill it with working from a vintage shop/cafe, eating Bosnian food, a walk in Augarten and catching up with my cousin. Oh and giving a presentation for 30 people…inside Schönbrunn Palace.

What has been your favourite 2019 destination so far?

Sure I do the occasional complaining about everything from the dull weather, to the weird separate hot & cold taps and the painful costs of public transport. But there are tons of things I do love about this country. Kicking off with … August Bank Holiday Most countries’ public holidays…

Before I tell you all of the awesome things I did and saw in Lisbon (which I already kind of did here and here) I want to look at the less awesome things or little disappointments to help you avoid a similar fate. The public transport ticket system was… 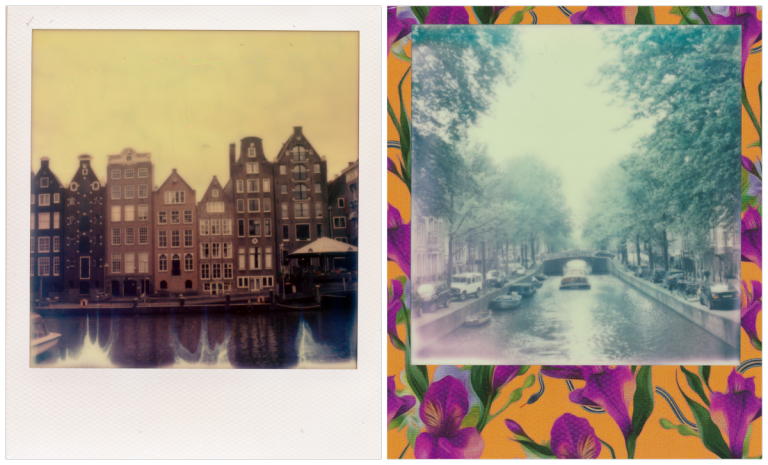 We are almost halfway through the year, you guys! How many things have you crossed off your list for 2016 so far? Or will you be rushing for success towards the deadline in December? May had a few Polaroid worthy days, so here’s what went down. No matter if you…