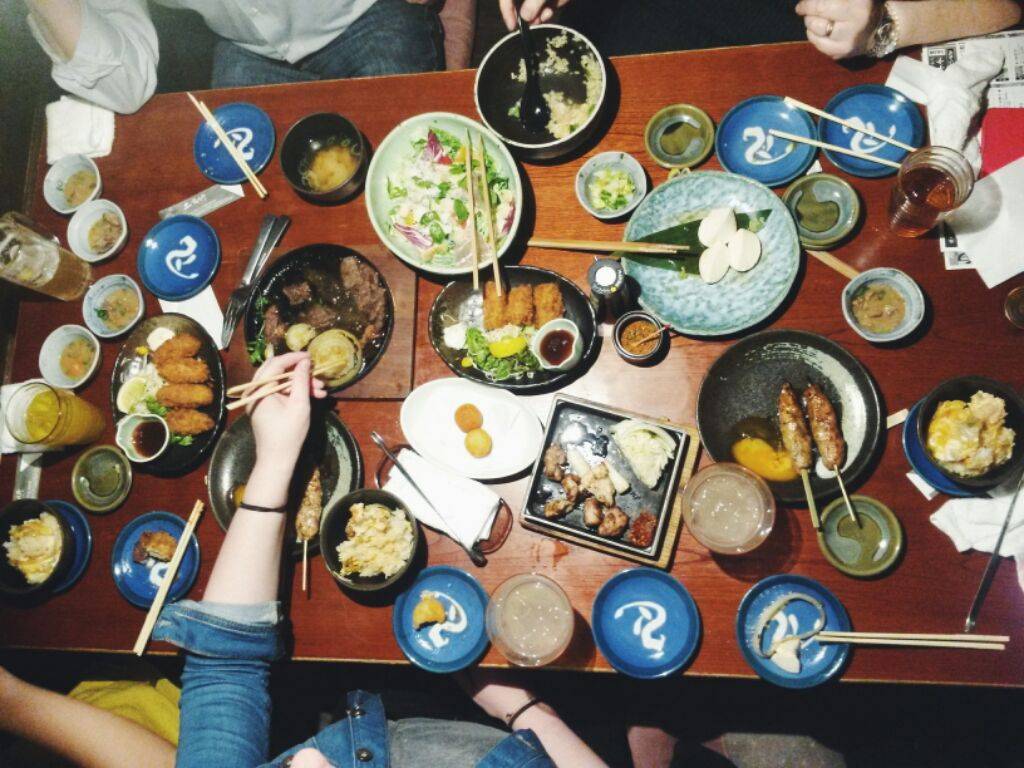 My 2½ weeks in Japan were stuffed full with wonderful places, incredible history and delicious food. Today we’re talking food. Food! Food so good even now I look back, salivating, at my culinary photos and imagine the delights in front of me. Sometimes the dishes are memorable because I was a virgin to their tastes, or it was the ingredients, freshness, and preparation. Or, maybe, food is just always better on vacation…

Thankfully, London’s offerings have been so far just enough to satisfy my cravings for nihonryori (so I’m told), or Japanese food. 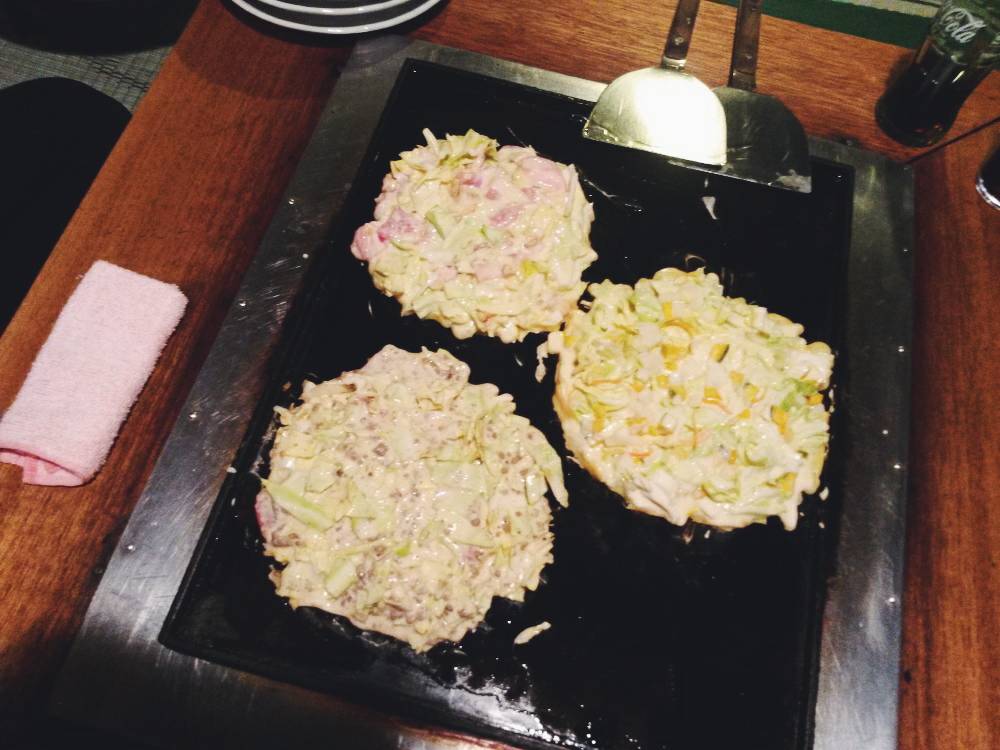 Okonomiyak
Love pancakes? Yep of course you do, well let’s take that wonderful invention and toss in cabbage and a ton of savoury fillings like meat, squid, cheese or kimchi – and there you have it – my favourite dish from Japan. I forced as many down my throat as I could in Japan. From traditional restaurants to ones in shopping malls, I couldn’t get enough, top picks were a little traditional restaurant in Asakusa and in a mall in Osaka – despite it being in a mall it was amazing and had a giant queue to back it up.
Where to have it in London: Abeno, Abeno II in Soho and Okan in Brixton 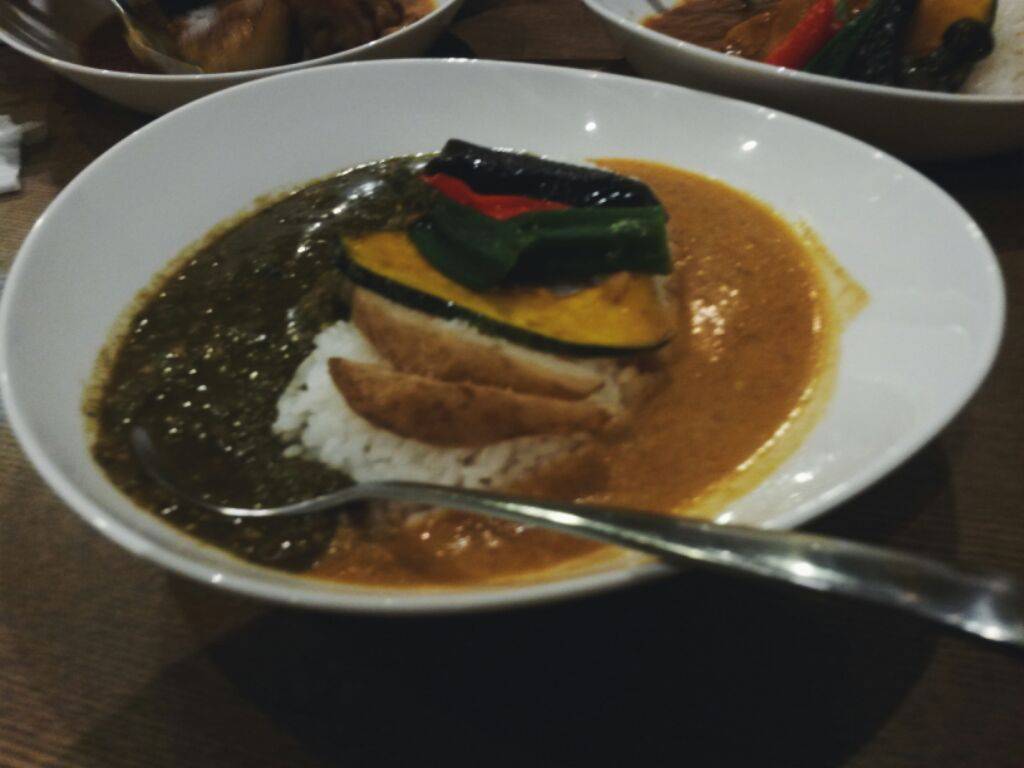 Curry
One of the best ways to plaster a smile on my face is with a full plate of katsu curry. Where meat or veggies are usually breaded with Japanese breadcrumbs called panko, then deep fried and served with a katsu sauce. Nara had my best one, all topped off by the fact I could pick as many sauces as I wanted so didn’t have to spend 20 minutes deciding which one I wanted.
Where to have it in London: Fujiya or Curry Ono in Brixton, Misato or Tokyo Diner in Central London. Don’t neglect Wagamama or Wasabi either. 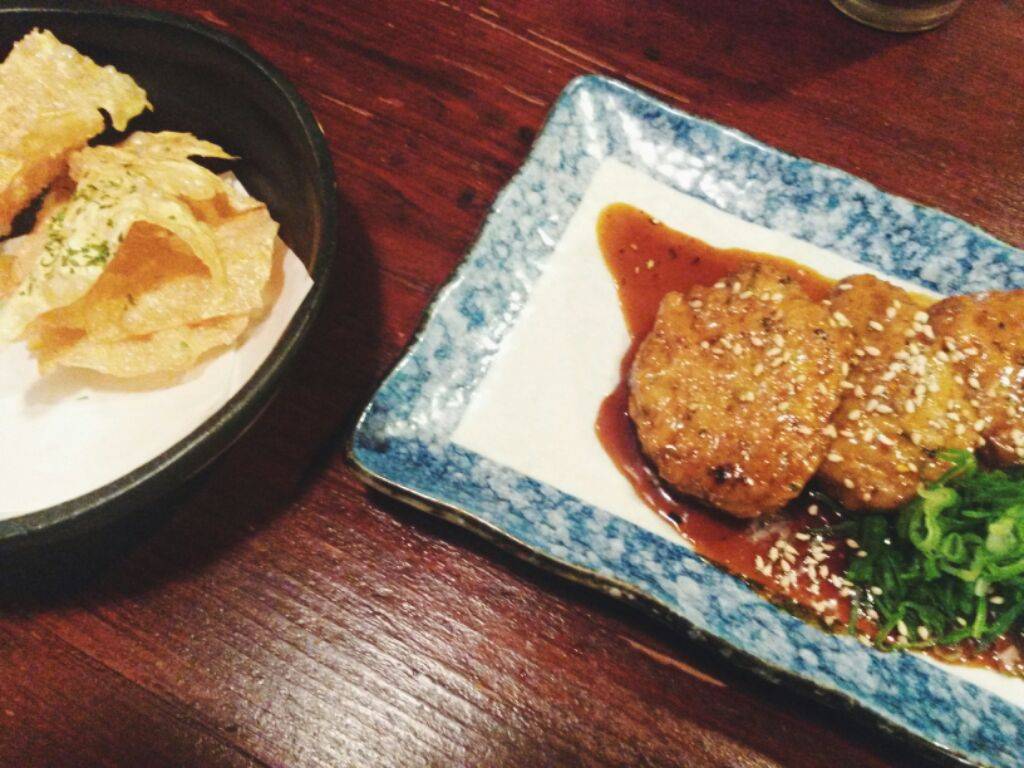 Izakaya
The Japanese equivalent of a pub or Spanish tapas bar, but way better, Izakaya is an ace way to dine. Tons of little bites to help the confused and indecisive diner (i.e. me!). So many flavours and less guilt too, and enjoy a drink why don’t you while there too.
Where to have it in London: The Woodstock Kushiyaki Bar in Soho

Ramen
What’s not to like about a hot bowl of tasty soup and noodles? And it’s cheap? And, it fills you up? I’m sold. On the coldest and wettest day was the perfect time to wrap my lips around some warm soup and noodles to warm me up.
Where to have it in London: Tonkotsu in Central and East London and Bone Daddies in Central London 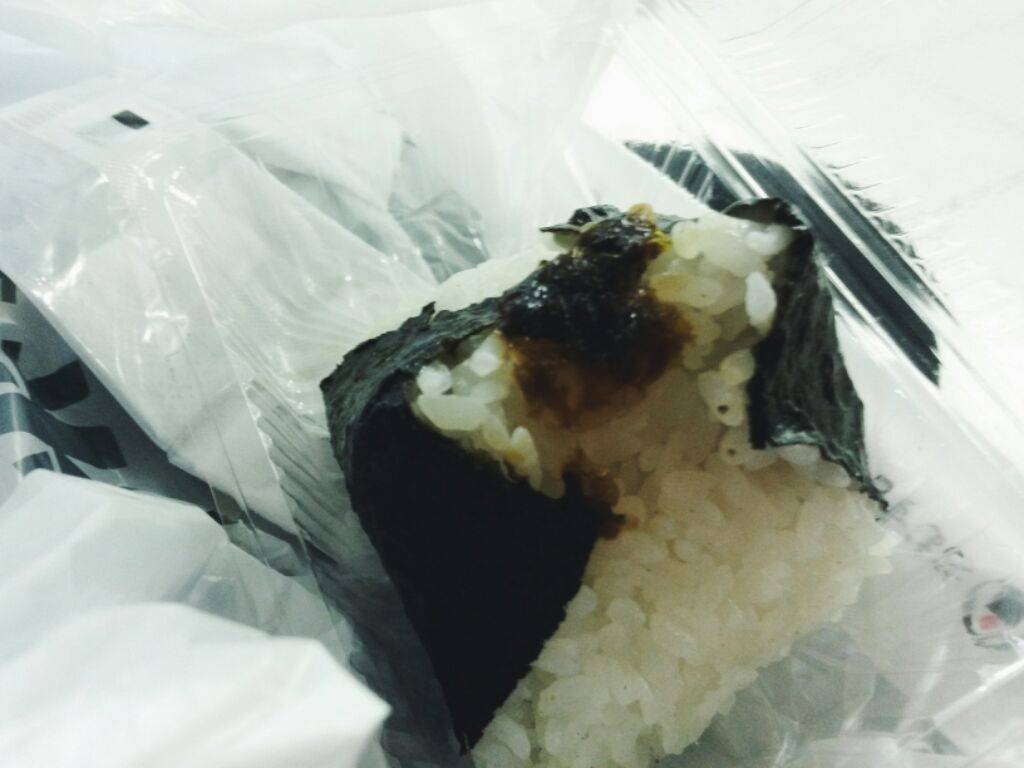 Onigiri
Onigiri is rice made awesome. Well, wrapped in Nori seaweed and combined with fillings or toppings like tuna, pickled plum, salmon, natto or pretty much anything. When I was there I was told they’re kinda the equivalent of sandwiches in Japan, ready to take anywhere. You would think this would be boring but the Japanese even know how to make their plain rice taste good.
Where to have it in London: Japan Centre in Central London.

Sadly I missed out chowing down on …. so I’ll just have to wait till I return to Japan to get my fix or wherever I encounter them, like in London. So let me know if you have any recommendations on these or any other Japanese food?