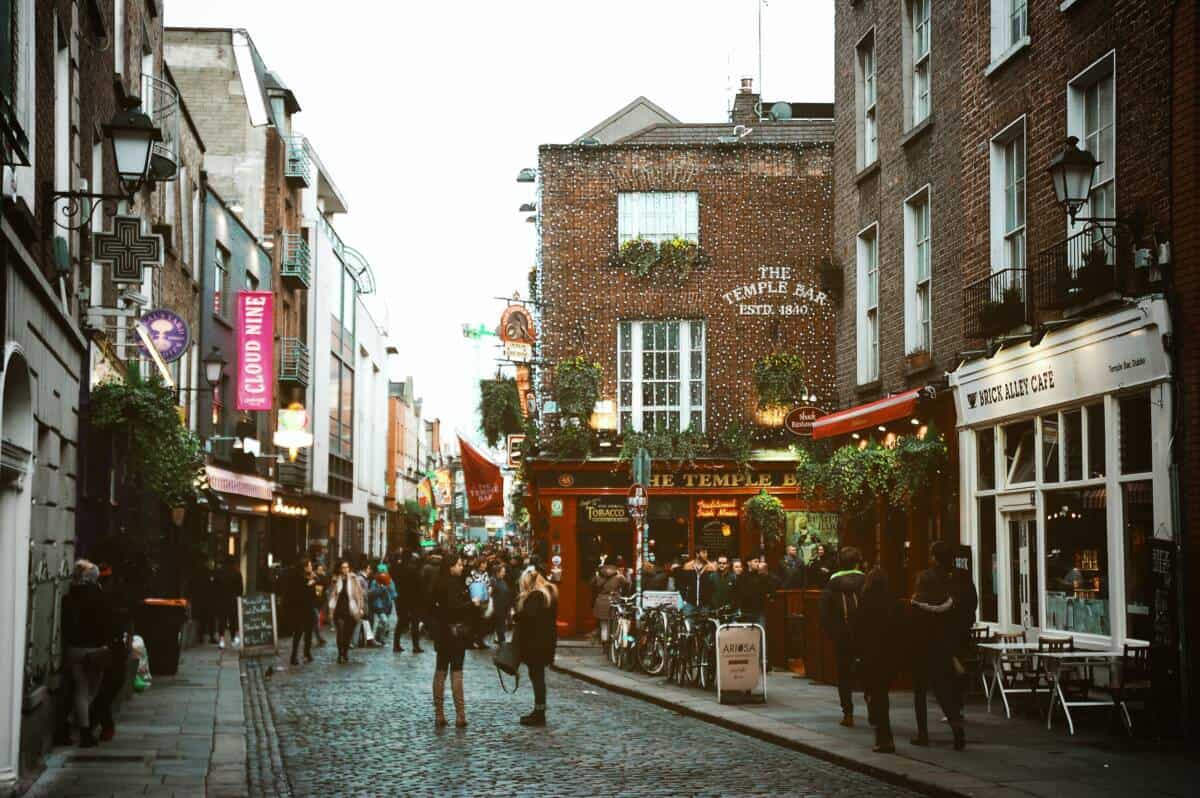 Today we look how Ireland has been portrayed on the screen.

Based on the award winning novel by Colm Tôibín, Brooklyn tells the story of Eilis (Saoirse Ronan), a young woman who uproots her life in Ireland and travels to Brooklyn to pursue new opportunities. Eilis finds love in her new life in the form of an Italian-American man called Tony, played by Emory Cohen. Due to an unforeseen family tragedy, Eilis is forced to return to Ireland where her past emerges and leaves her struggling to decide between her old and new life.

Alan Parker’s The Commitments follows the chaotic rise and fall of the Dublin Soul Band of which the film is named after.  Robert Arkins stars as Jimmy Rabbitte, an unemployed Dubliner who finds himself inspired to start his own band after becoming fed up with the local music scene. In the hopes of sounding like some of the great American soul musicians of the 1960s, Jimmy assembles a band. By recruiting former musician Joey “The Lips” Fagan and sheer dedication to the cause, Jimmy successfully puts together an ensemble that brings the soul scene in Dublin to life. Unfortunately, disputes occur, tensions rise, and members fall out reminding us that not all good things last forever.

Retired boxer Sean Thornton (John Wayne) decides to leave Pittsburgh and return to his hometown in Ireland as an attempt to escape his past. After purchasing his childhood home, Sean’s attention is captured by a beautiful local girl, Mary Kate Danaher. Instantaneously he falls in love and begins courting her. However, Mary Kate is little sister to the ill-tempered and jealous “Red” Will Danaher, making Sean’s plan increasingly difficult. The town locals and Mary Kate try to convince Sean to use his former talent to resolve his problems with Will, complicating his efforts to disregard a dark moment from his old life.

Jim Sheridan tackled the true story of Christy Brown in his Academy recognised film My Left Foot. Daniel Day-Lewis famously plays Christy, an Irish boy plagued with severe cerebral palsy and the ability to only control the movement of his left foot. The majority of the community write him off as intellectually disabled but with the help of his dedicated mother, teacher, and his own self-determination Christy is able to prove himself and become a talented painter, author, and poet.  Day-Lewis spent months in a cerebral palsy clinic to research this role and was rewarded with an Oscar for his efforts.

Holly Kennedy (Hillary Swank) loses her husband to a horrible illness just before her thirtieth birthday, leaving her broken and lost. Gerry (Gerald Butler), the aforementioned love of Holly’s life, anticipated that his death would have an unwelcomed effect on his widowed spouse and planned ahead. Beginning on her 30th birthday, Holly receives a series of letters written by Gerry in an attempt to help her move on, all ending with the words, “PS. I love you.” Despite those closest to her thinking the letters are holding her to her past, with Gerry’s guidance Holly goes on a journey of rediscovery in this touching story of love and friendship.

Set in the streets of Dublin, this incredibly original musical from John Carney depicts the power of music through a street musician (Glen Hansard) and his relationship with a Czech immigrant (Marketa Irglova). Together the pair uses music to fight their problems, work through the past, and find new love. Their songs portray the emotions they feel in a beautiful and romantic manner which happened to land the actors an Oscar award in 2007.

The Field is a classic tale of the struggle between old and new. Taking place in rural Ireland, Bull McCabe (Richard Harris) is a farmer with a passionate love for his land. However, when an American outside declares he wants to purchase the land to build a highway, it becomes worryingly likely that Bull will lose his field. Unwilling to go down without a fight, Bull will do anything in his power to prevent getting rid of his land. Jim Sheridan’s unforgettable film is a true testament to how far one would go for something they love and a poignant battle between the past and the future.