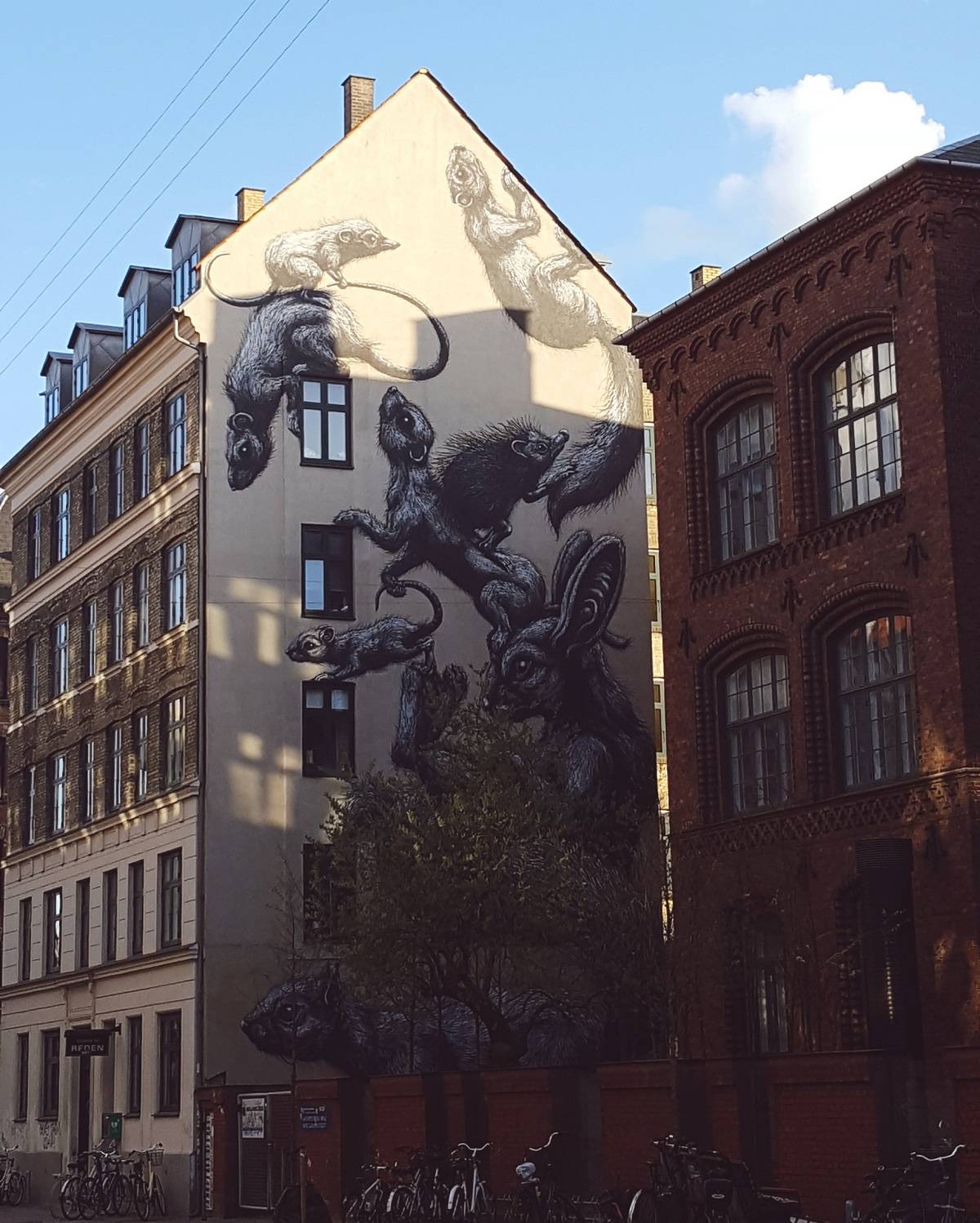 I couldn’t cram everything I wanted into my first post on the city, so hopefully this one will tick all the boxes! 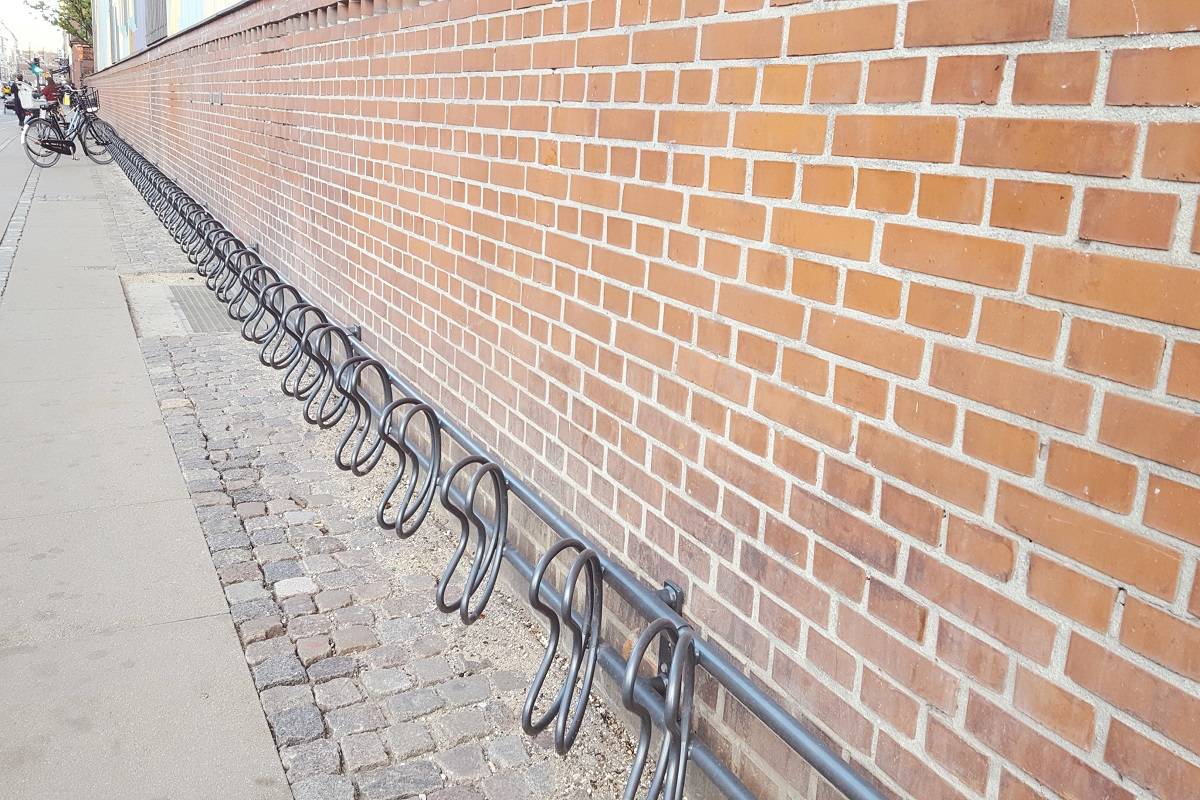 Copenhagen has great bike culture, one where you can safely cycle all over the city, which haven’t seen outside the Netherlands. Aaaah listen at me … sounding like some kind of bike ambassador, but I only wanted to show you this endless wall of bike stalls. 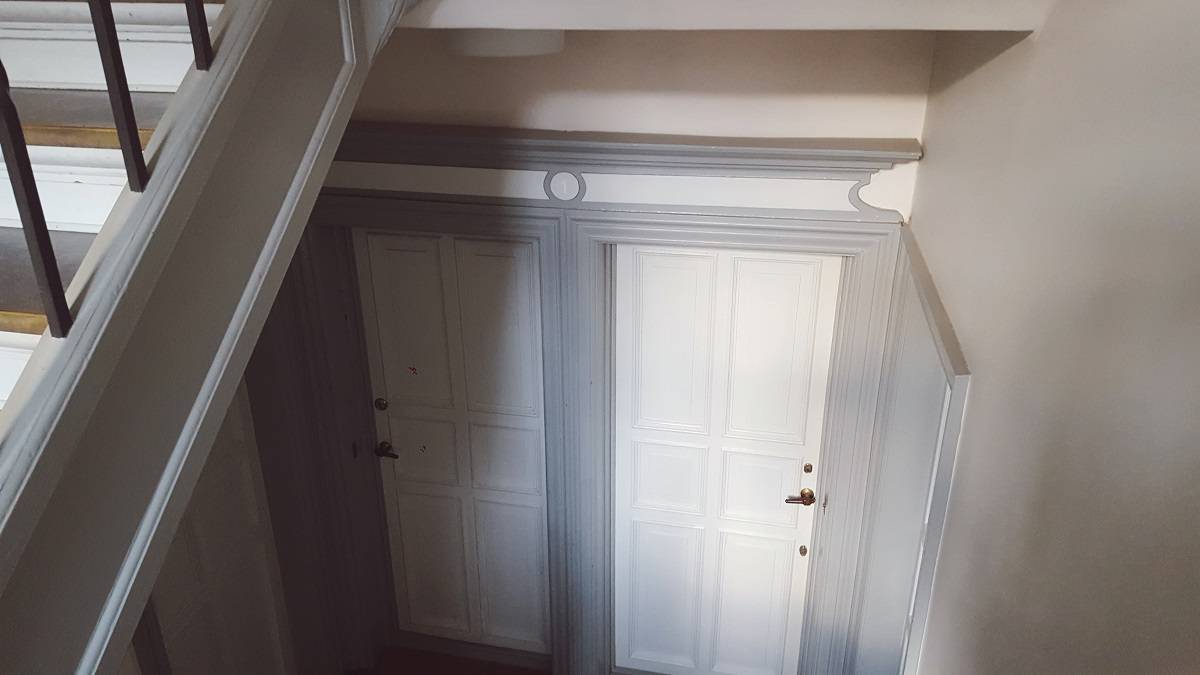 A little As Seen In: not sure if this is in all buildings, but above the doors it says which floor you are on. Comes in very handy for the first/ground floor discussion. I’m mainly focused on if this is the floor for food, or sleep??! 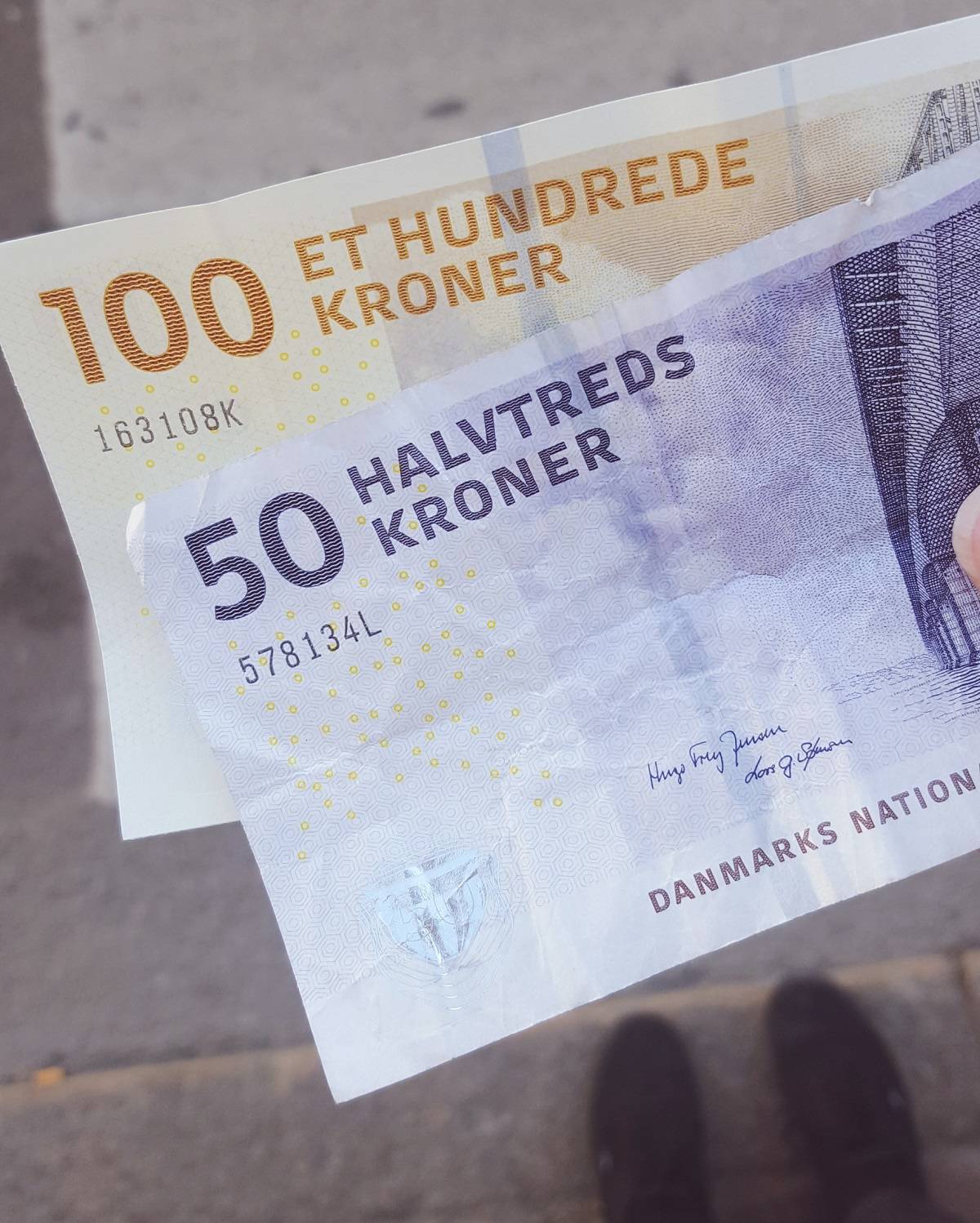 And the Danish krone looks and feels like Monopoly money. 150 can get you a breakfast, one bottle of water and a zone 1 bus ticket. Sadly I didn’t get to land on the “collect 200” or get to wear a top hat! 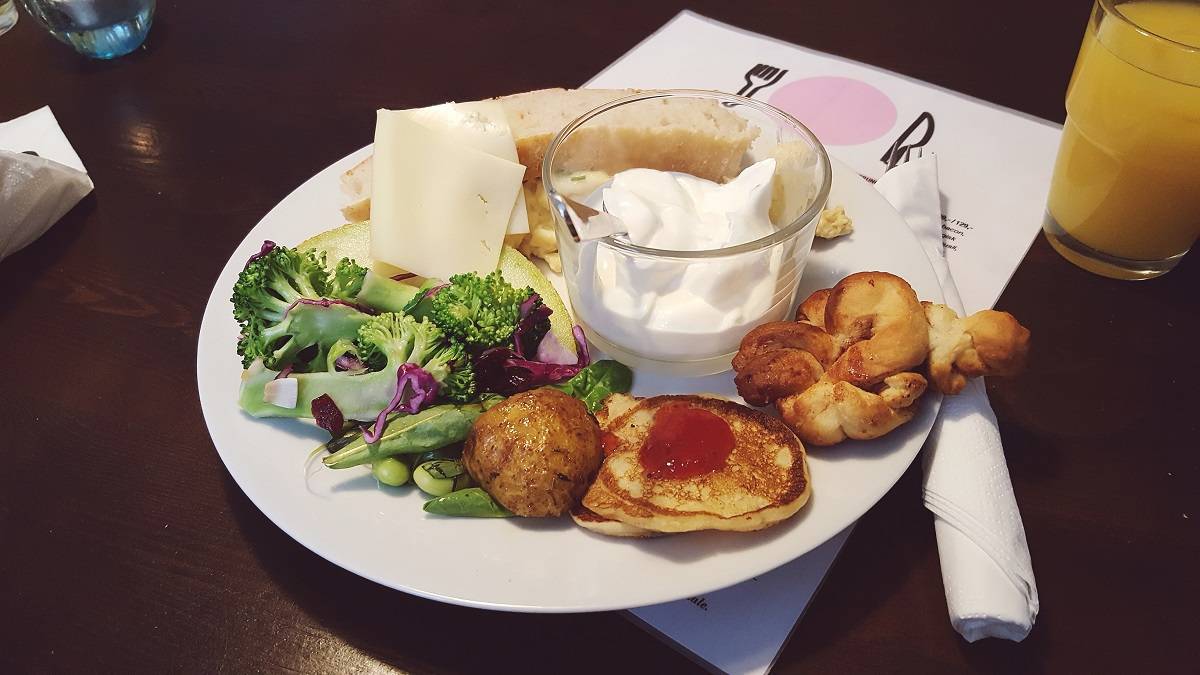 The Danish know how to do breakfast! At most bars you’ll be able to get a morgensmad on the weekends, which means you get to order 6-10 different things from the menu. Mad and Kaffe topped a lot of lists as the place to go and it happened to be around the corner from the Airbnb but it was raining and there were about 8 groups waiting outside and that’s where I draw the line. I ended up at Sweet Surrender that did a breakfast buffet with mini cinnamon buns and come on … who can say no to that? 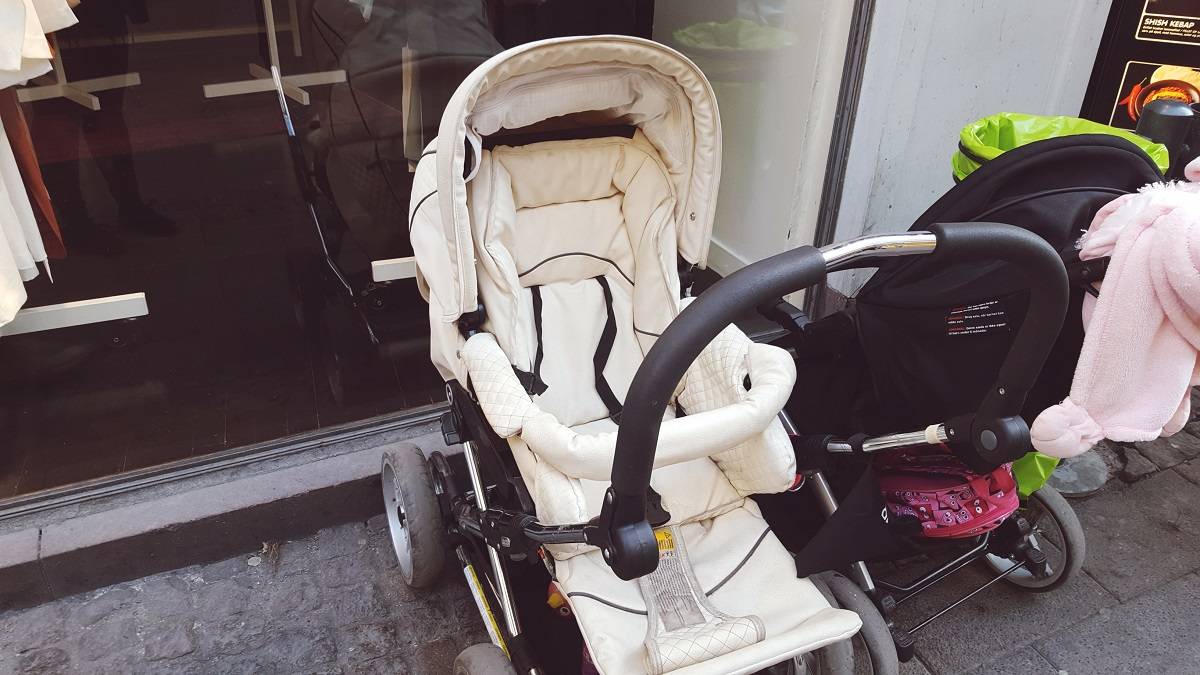 I have never seen so many prams outside, they weren’t even locked. And I swear I saw a sleeping kid in one ‘parked’ outside a cafe.

You might have spotted this style murals if you’ve been to Brick Lane in London, Brooklyn in New York or Kreuzberg in Berlin and now also available in Hendrik Haven in Copenhagen. It’s by ROA, who is known for this mural street art and in case you were wondering, yes a crane had to be called in. 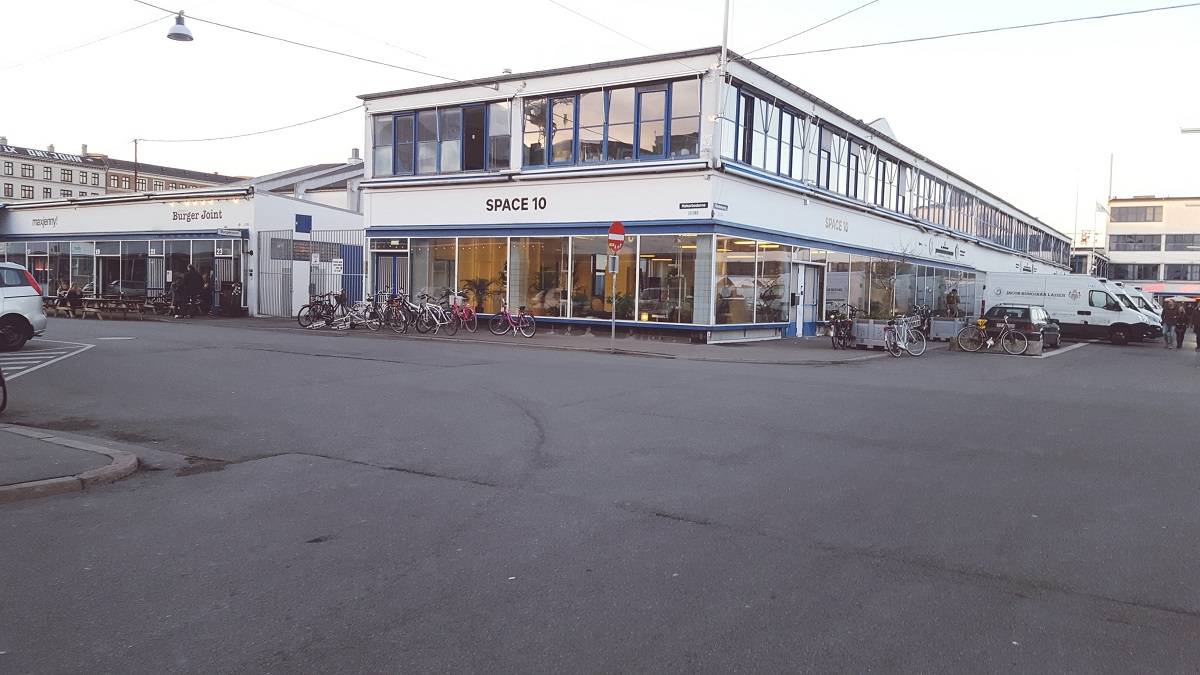 If you walk straight on from the mural you’ll get to the place to be, the Meatpacking District in Vesterbro. It’s basically Copenhagen’s answer to New York’s Meatpacking District, which used to only be the go to place for butchers and Dexter like types, but is now full of food and drink spots for the hungry and the thirsty.

And that’s where my Copenhagen adventure ended, but I’ve already decided I need to go back to do the rest of my wanderlist. Is there anything I shouldn’t miss on my next visit? 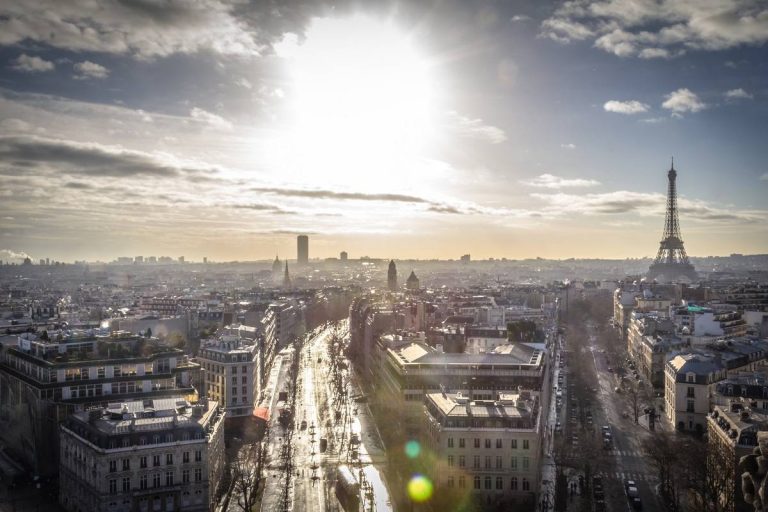 Paris For First Time Visitors: Eurotrip 101 Heading to Europe for the first time for the summer? Then you might want to bookmark the Eurotrip 101 series. We are kicking off with Paris, because let’s be honest: it’s been on your wanderlist ever since you saw the Olsen Twins walk…

When I did my student exchange in Finland I tried my best to learn Finnish, but never made it past the essentials like ‘Hello’, ‘ Where is the nearest bar?’ and ‘ Yes, sure I’ll join you to the sauna!’  But I did pick up some of their unusual words,… 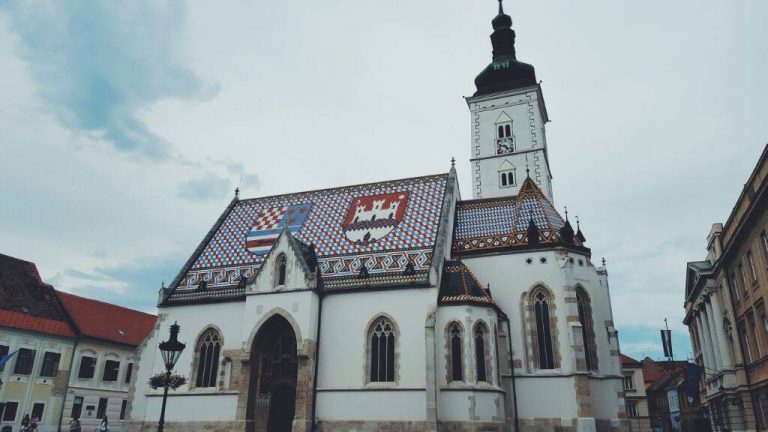