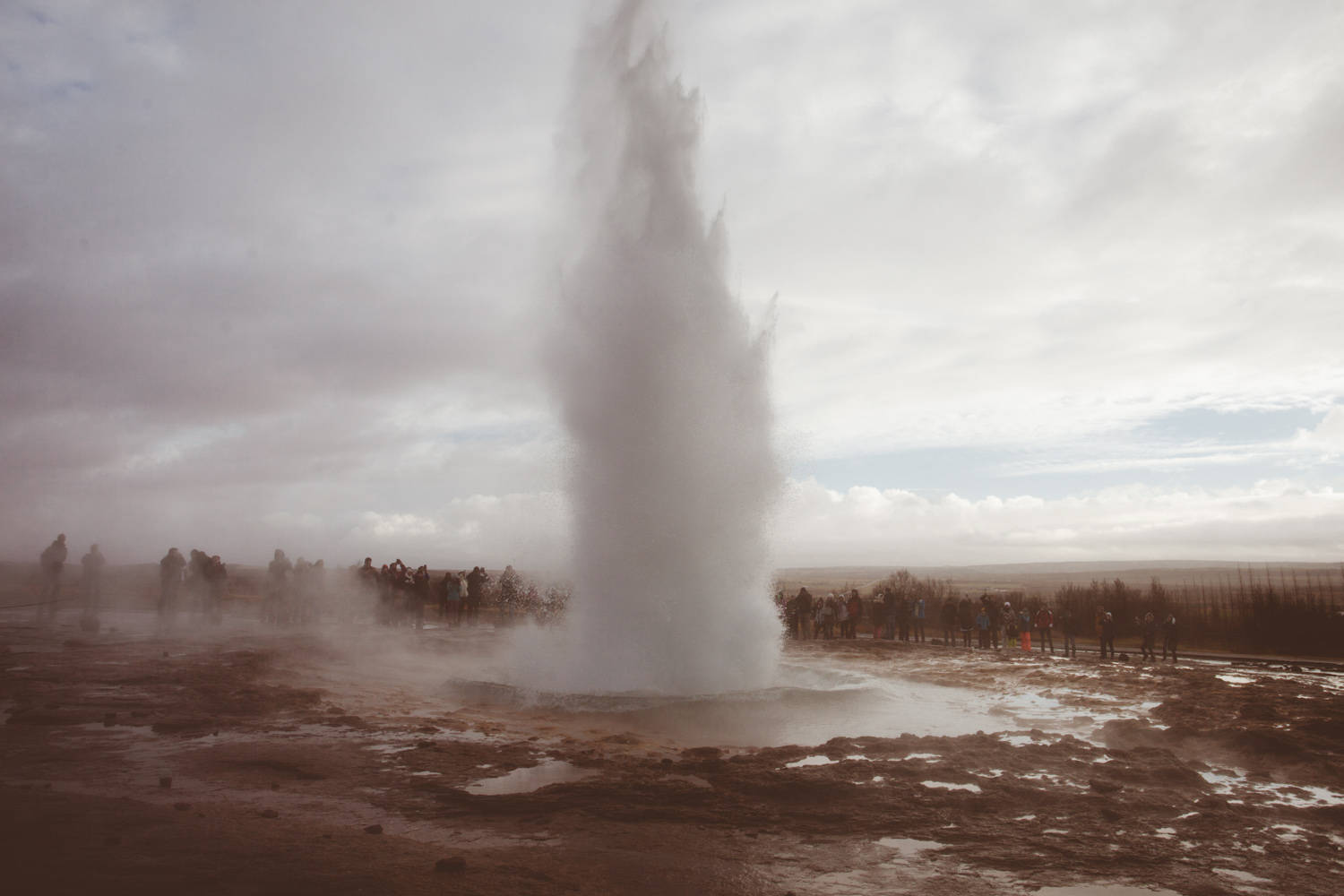 I was told I couldn’t leave Iceland without setting my eyes on its famed geyser and waterfall, so that’s where I headed to the other day. If you don’t have a driving licence (or a friendly Icelander with a car) you are pretty much screwed and the bus tour is your only option. Mine was booked via Reykjavik Excursions, but Grayline and Sterna Travel seemed popular too. 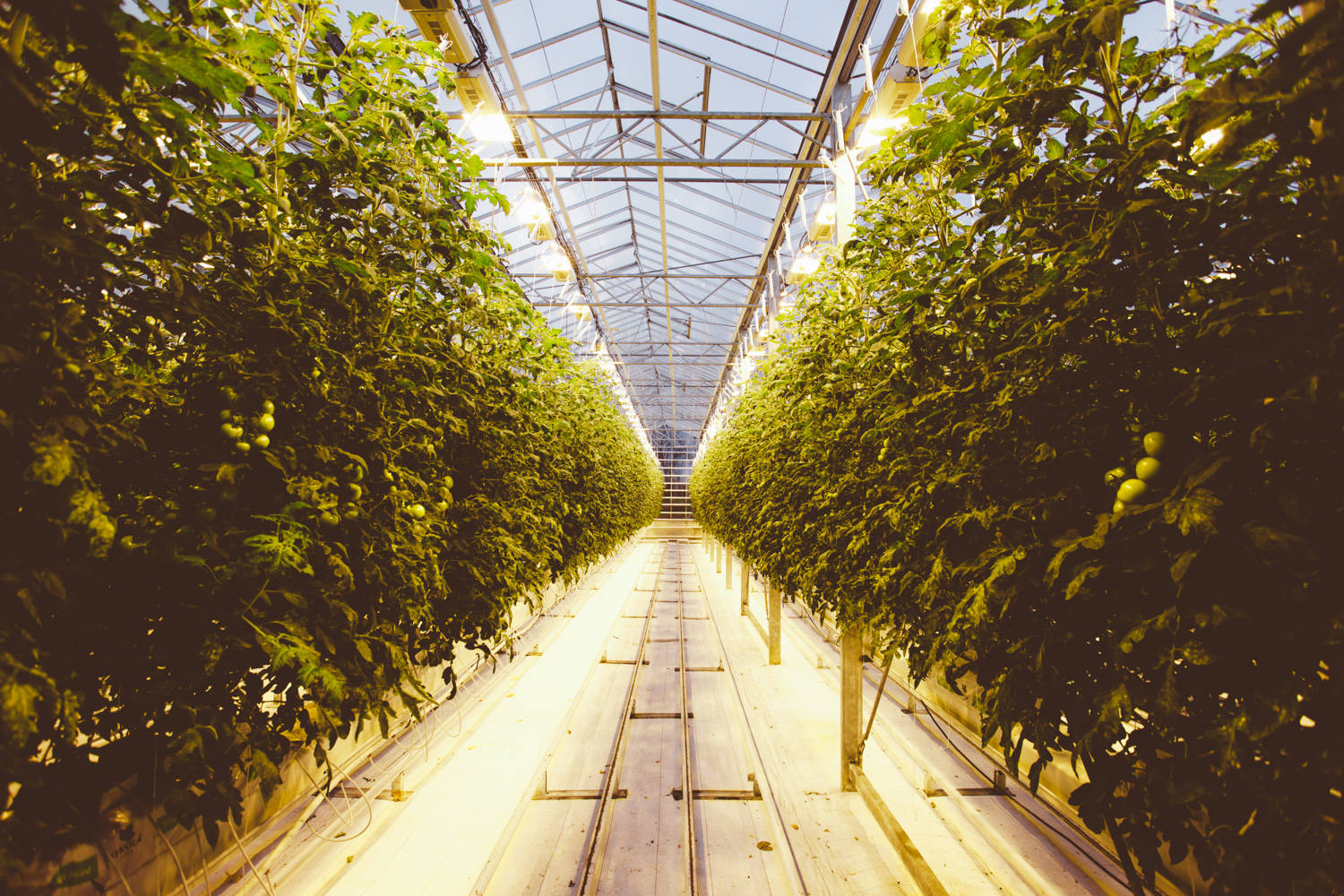 The first stop was a tomato greenhouse and for a second I thought I was on a farming tour…but thankfully it was basically a fancy toilet stop where you could get away with ordering a Bloody Mary before midday without much guilt or shame. 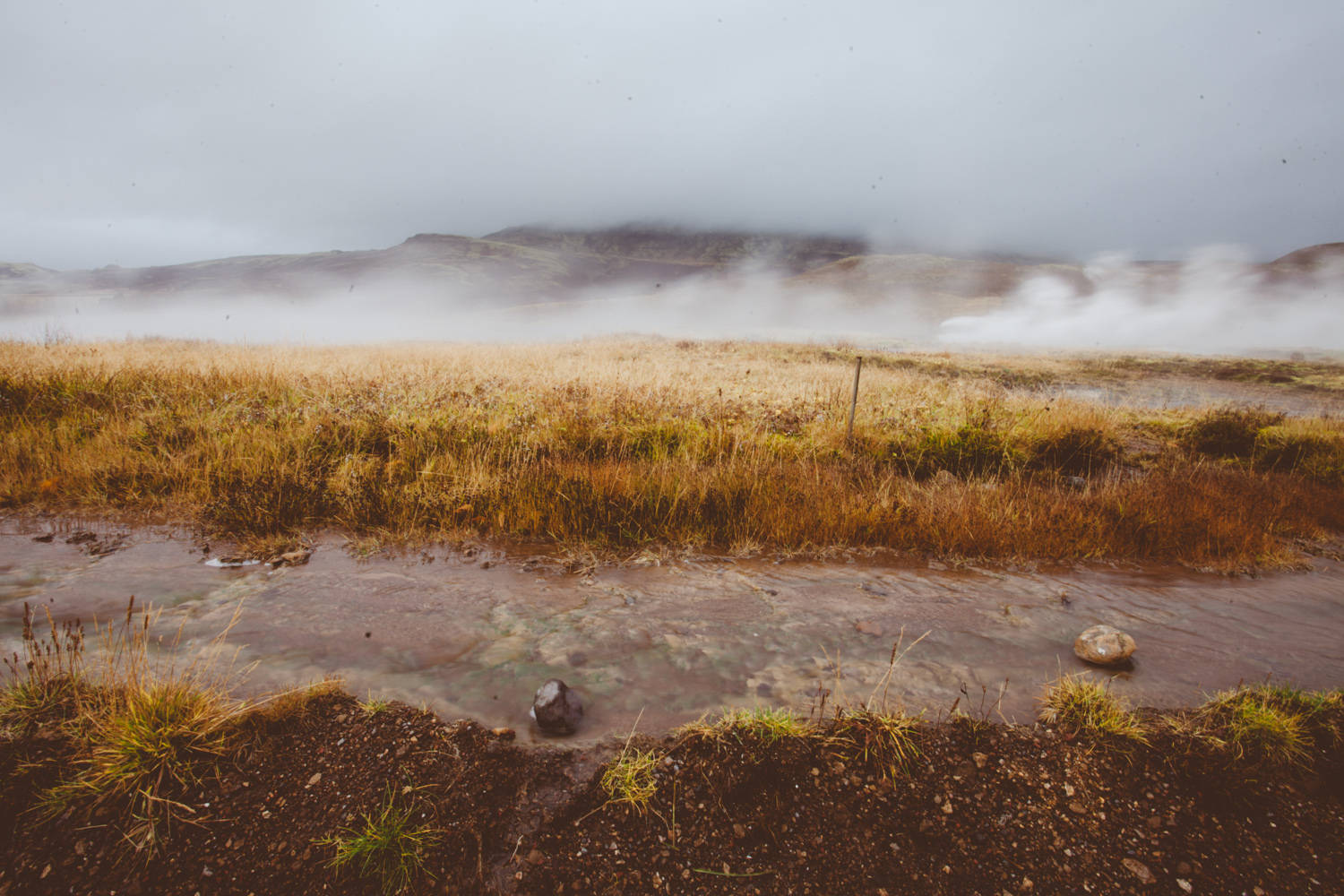 Then off along the roads to Haukadalur Geyser: the largest and most famous in Iceland. Even ‘mountaineer’ tours with giant trucks stopped here, so it must be good right?

We’ve all been there, waiting 7/8 minutes for something to finally explode, but I’ve never done it in public, especially with 100 people standing around watching with video cameras. 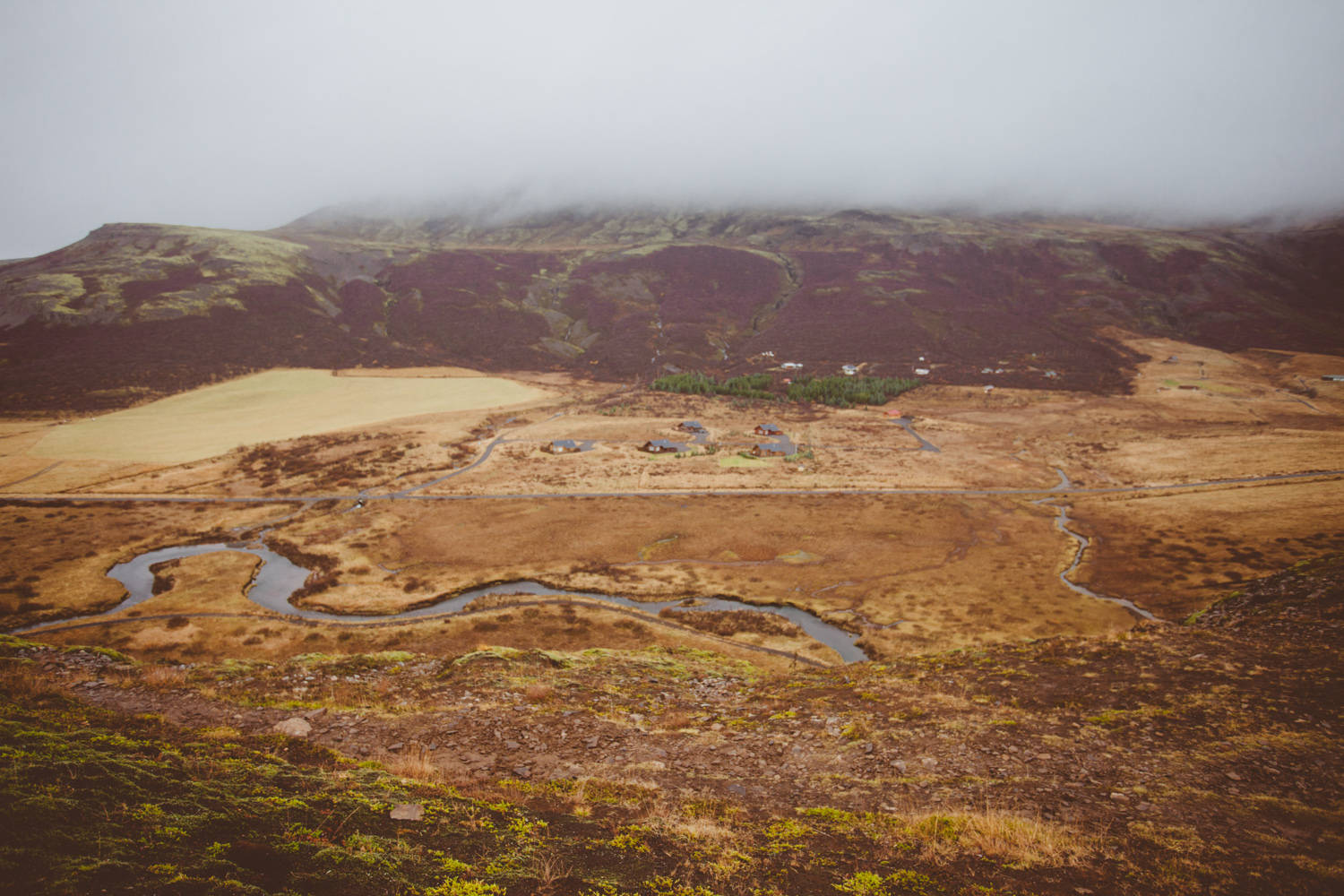 If you get bored of all that gushing water, then tense your leg muscles and hit the trail to climb up the hillside to check out this view. 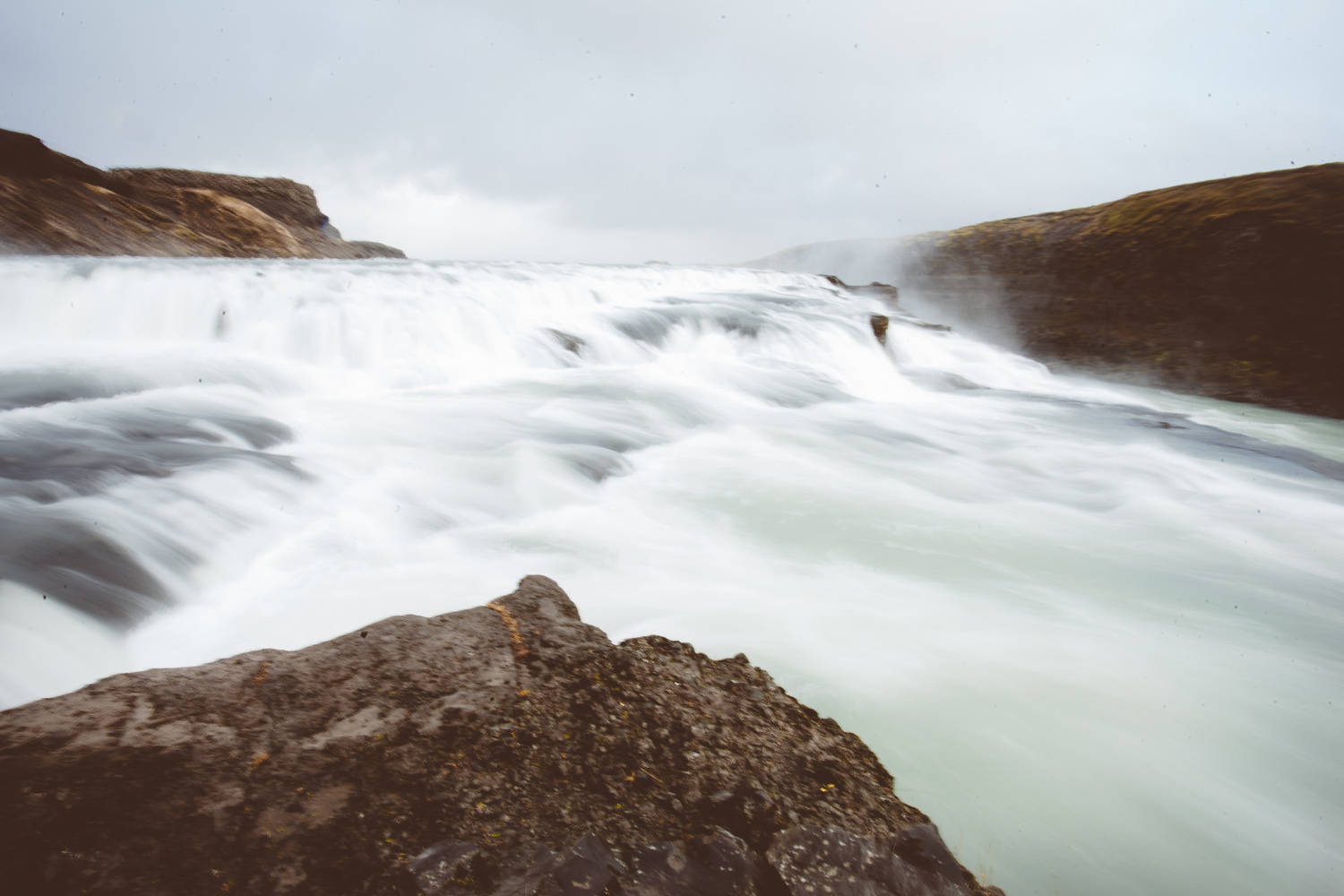 Next stop was the Gullfoss Waterfall and oh boy oh boy oh boy was that eye-ball stunningly wow-tastic – as I did not expect it to be so massive (that’s what she said). It was like a giant norse god’s personal toilet, though I didn’t see a hammer anywhere sadly. 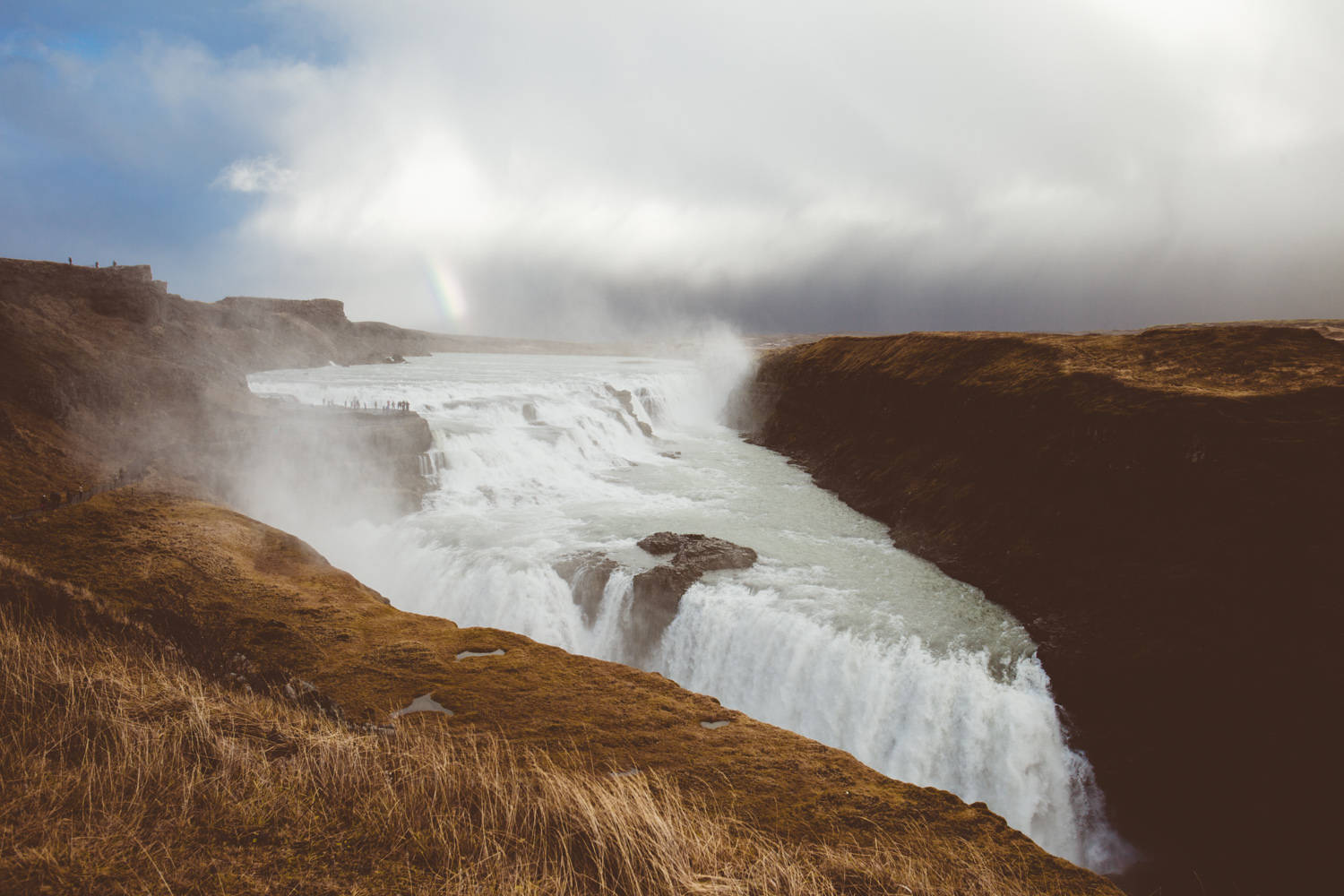 And no, not even the sideways rain could ruin it. As the Icelandic weather is four seasons in an hour the rain quickly stopped and everyone was treated with a rainbow afterwards and rushed for the photo-opp. 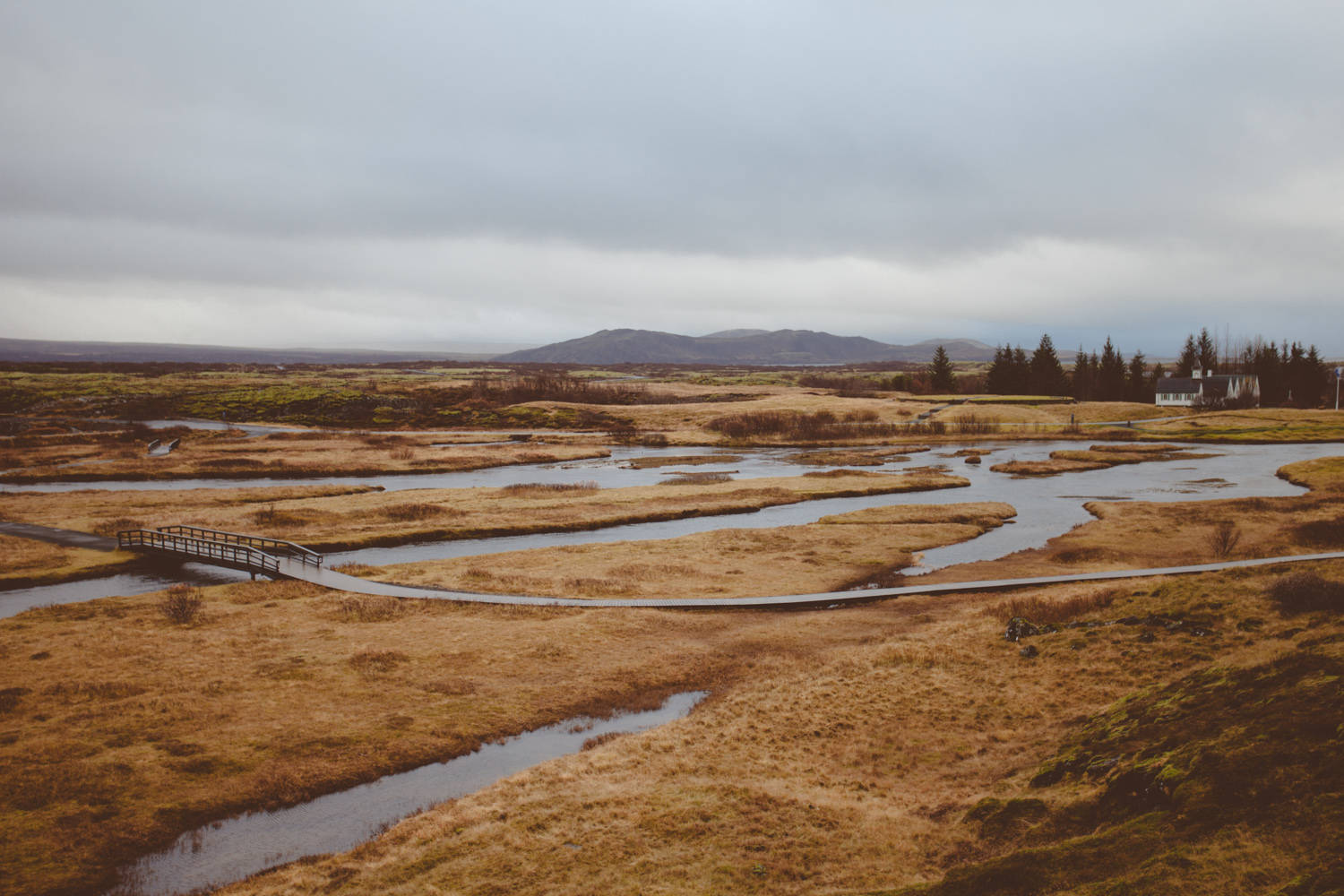 And last but not least we made a stop at Thingvellir National Park. 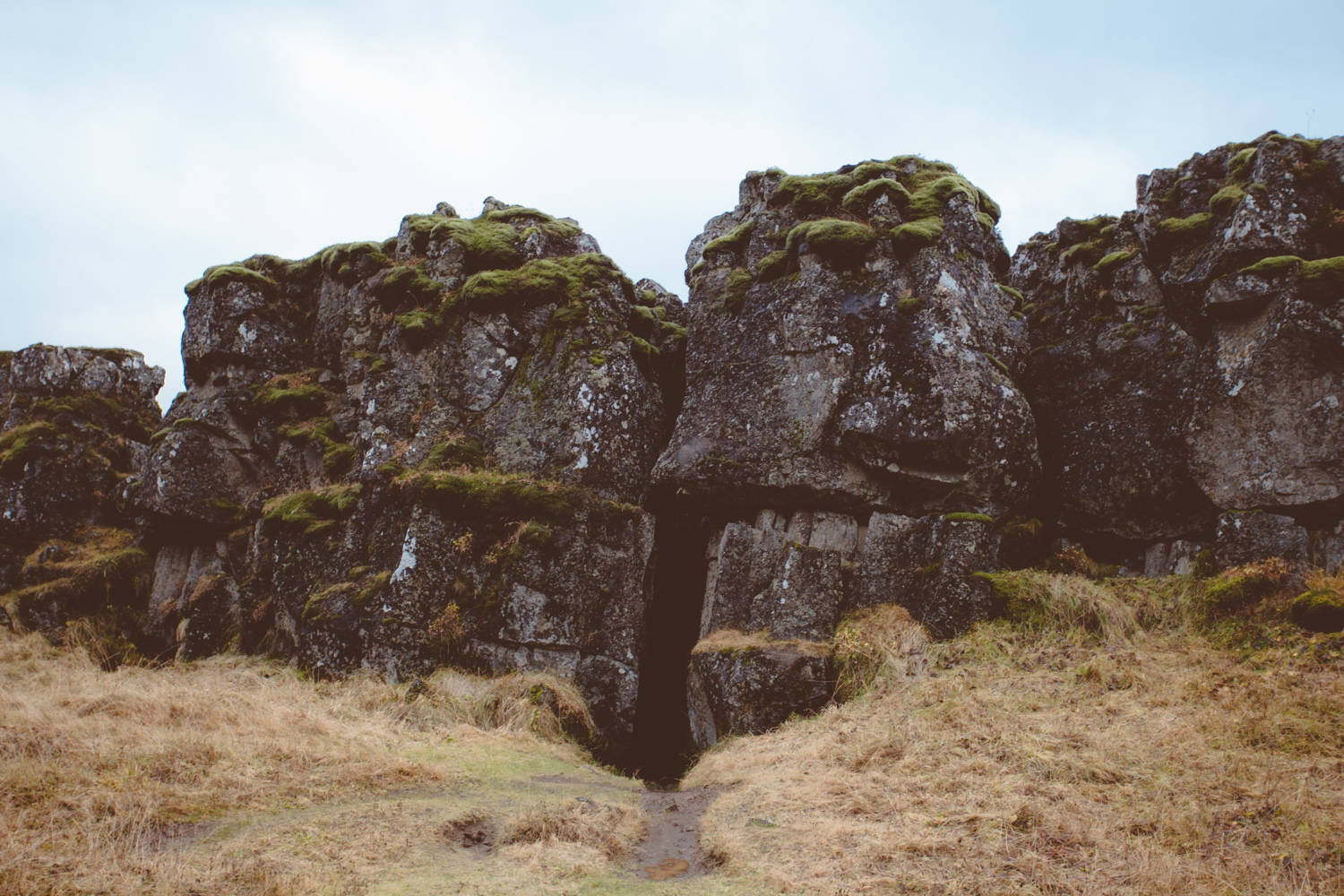 This is where the American and Eurasian plates (the tectonic that is) are pulling apart at a rate of a few centimetres per year. Oh and it’s also where the original Icelandic parliament met to decide things from around 930AD to 1799AD, in the early years I reckon it was mainly a lot of shouting, beer and sword fights. 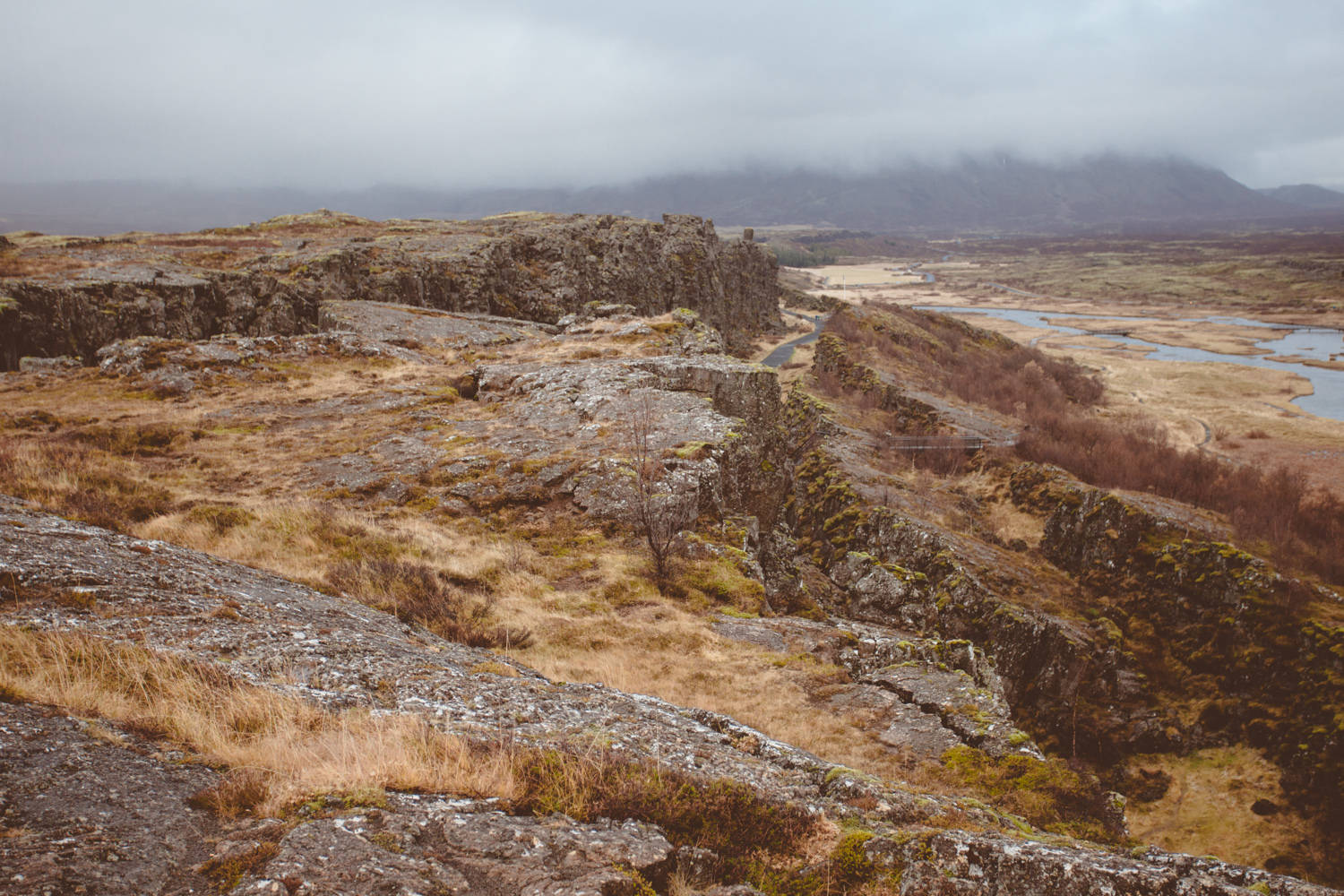 Looking at the photos it looks better than I remember. I was wet, hangry and tired by the time we got there and was not really in the right mood. Plus it was really crowded and it all felt a bit rushed. 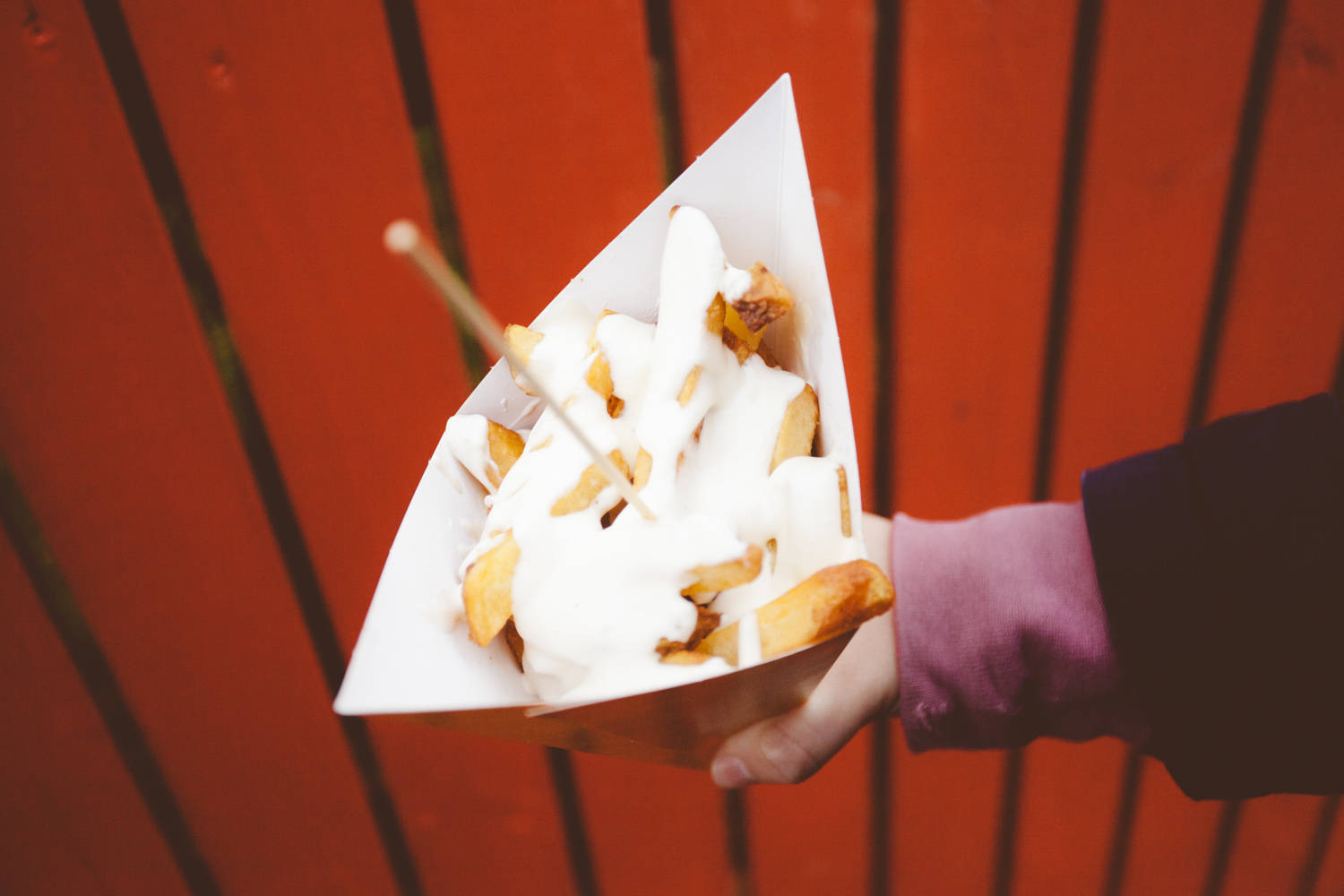 Back in the city I could only think of one thing and that’s Reykjavik Chips: delicious, crispy, and oooh so addictive – these potato-based gifts from food heaven definitely made a rather soggy, tiring day awesome again.

What do you think about bus tours?

Four Things To Do In Istanbul Lokanta Helvetica For authentic and affordable food go to Helvetica. Here you’ll have a choice of around 20 options, to pile on your plate – 5 selections should be enough for one person. You will find this hidden gem in a side street off… 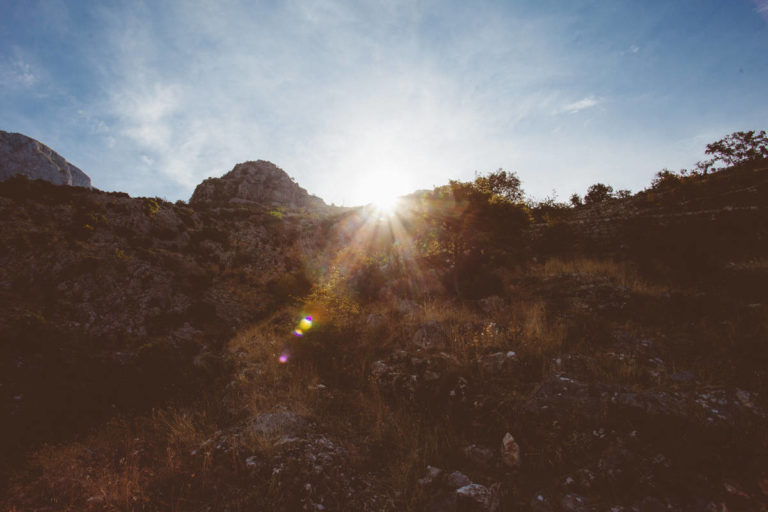 While the photos I take on this blog aren’t always the best, I pride myself on at least trying a bit when I take them on my travels, especially when I bring my overpriced DSLR with me. But I wanted to get a real award-winning photographer’s opinion the best… 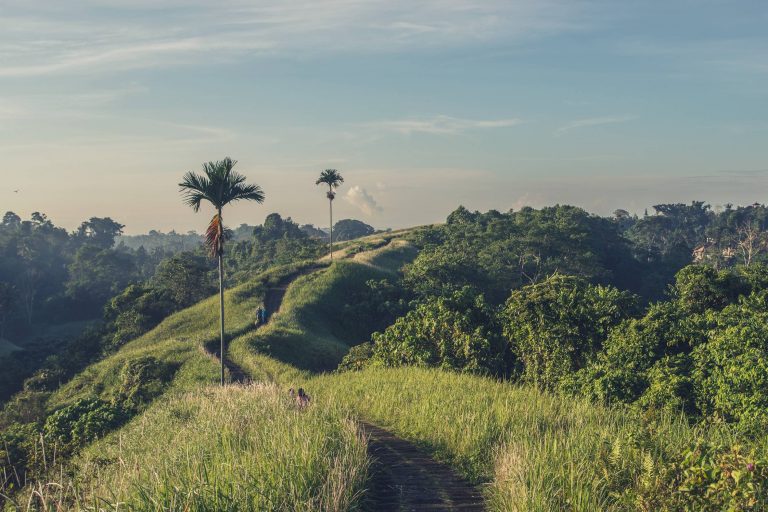 So you wanna go island hopping in Asia and the Pacific? Well, Malaysia may seem an obvious choice, or possibly French Polynesia if you can afford it, but Indonesia is really where it’s at – mainly because I know they do mean bami and nasi. Bali is ridiculously popular, but… 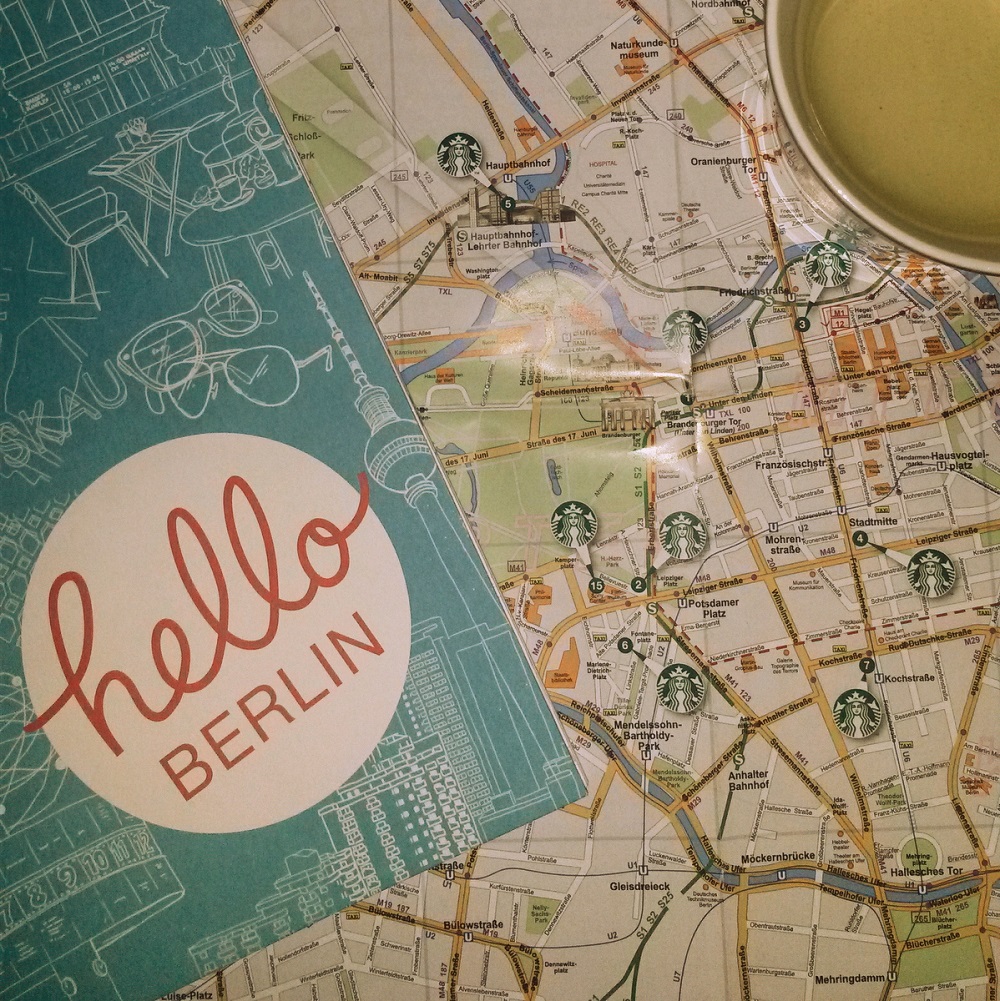 For the past few weeks I got to wander around in Berlin, learn more about the history, practice my German and go to some great (and some less great) places. Expect a few posts dedicated to my favourite things and spots. DDR Museum – Don’t except in-depth history lesson, but…

Before I tell you about all of the awesome things I’ve seen and done in Dubrovnik (on my sixth time there!) I want to talk a little something about my least favourite thing I have done: the cable cart up to mount Srd. Don’t get me wrong, the view is… 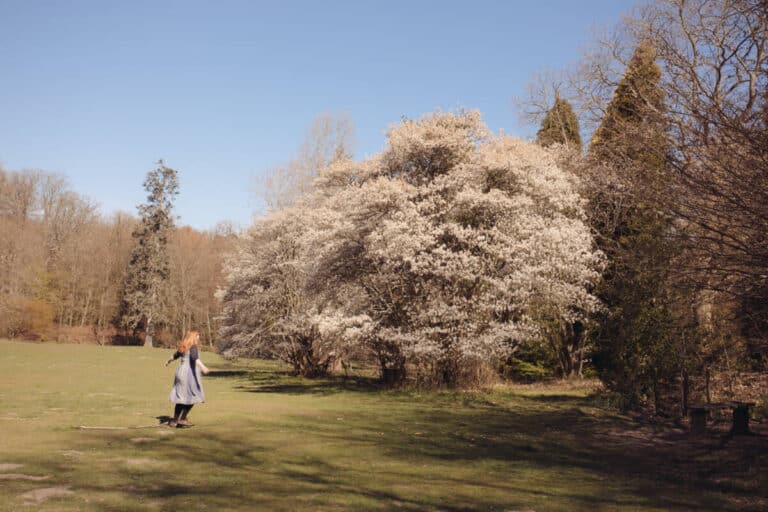 It’s kinda funny how for the first month where things have started to be lifted, I forgot to share a list with all the things I’m looking forward to! These lists kept me in a positive state of mind when I needed them over the winter, so I’d like to…