Do you ever gaze at those £9.99 offers on budget travel websites and wonder what the hell one can do in places like Shannon, Dinard, Brindisi or Eindhoven? Most likely you’ll fly and escape to another more popular city as fast as the train/car/bus can carry you…

As part of my quest to give the cities and areas near the cheap regional airports some love, I am kicking off with Brabant, a province in the south of Netherlands – home to Eindhoven, Den Bosch and Efteling. Low budget airlines from everywhere from Denmark to Poland fly for pretty cheap to Eindhoven. It might not be the most obvious region in the country, but if you want a break away from the madness of Amsterdam or Rotterdam then Brabant might be just the weekend trip for you.

Skip that Pour O’Clock Friday post-work session and you’ll be able to catch the last plane to Eindhoven for a little weekend getaway. 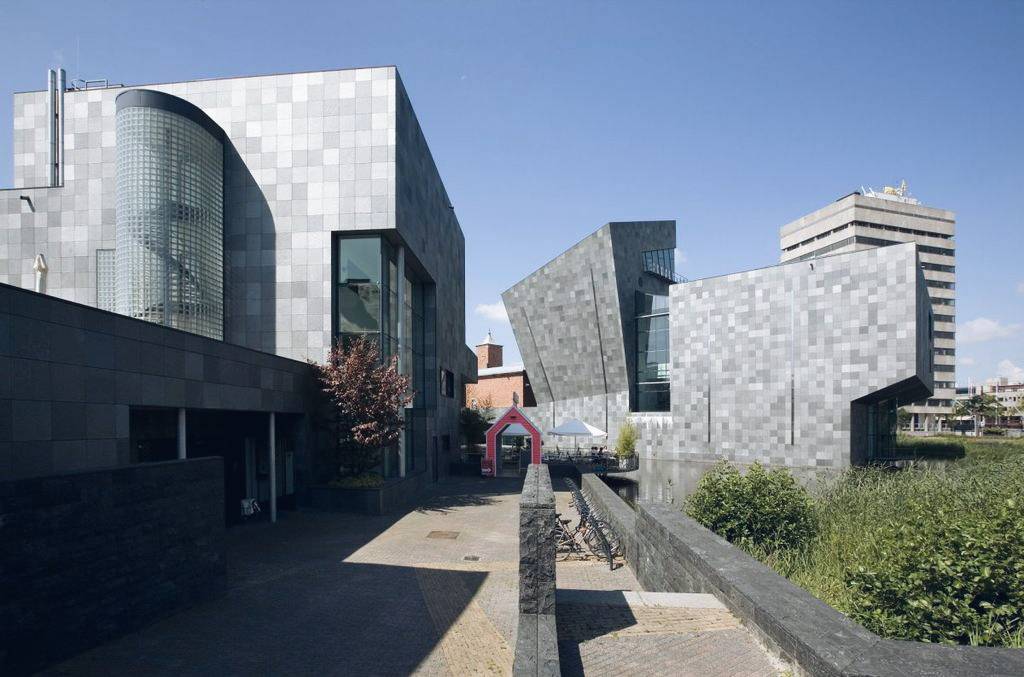 Eindhoven
I am going to be honest with you … Eindhoven isn’t a great or beautiful city, but let’s not judge a book by its cover (especially if you can fly there for £9.99) It’s the birthplace of Philips (if you’ve ever bought a light bulb chances are it’s one of theirs) and they will not let you forget that.

For Eindhoven I recommend hotel Glow (yes, boutique hotels have even reached the unknown lands of the south of Netherlands)

The Van Abbemuseum has nothing to do with super trouper Swedish band, but is filled to the brim with modern and contemporary art. They have Picasso, they have Chagall, and Mondrian too, but you’ll probably most keen to jump into the upside down Volkswagen Beetle for a surreal driving experience. 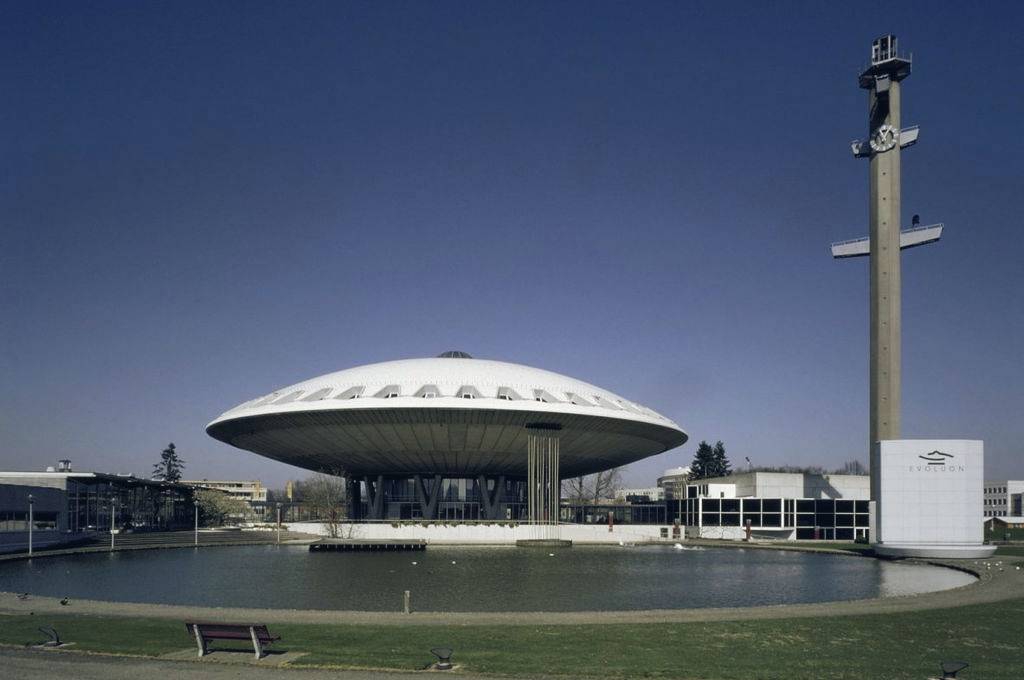 Love modern buildings? Well, your eyes will be glued to Evoluon. Not only is it modern, but it’s shaped like a giant UFO. I always keep my fingers crossed that it will start flashing, spinning and then fly away back to its home planet. I hope you have better luck than me.

Looking for a light at the end of the tunnel? Head to the Philips Museum and find enlightenment at the brand museum. I am not even being sarcastic here, there is just something special seeing how they managed to capture fireflies and force them into small glass bulbs (that’s how they work right?) back in 1891. It’s illuminating. Ok, ok, I’ll stop now.

Seeing too many curves at the light bulb exhibition may have you craving some edges. Well, edginess is the middle name of Strijp-S- the relatively new hip place which is now the cultural and creative hub of the city, complete with cafes, bars and restaurants – basically trendy places where you pay to put things in your mouth.

‘s Hertogenbosch or Den Bosch for short.
This place is the opposite of Eindhoven. If you like cities with a historic city centre and buildings that look like they belong in fairy tales then it’s the perfect for you. One of the must sees is the The Sint Jans Cathedral, I know you are not interested in the facts that it’s one of the largest and most impressive Gothic churches in the country. Alright, the catch is one of its statues is an angel dressed in jeans with a cell phone? Right? That’s something to talk about.

Craving for sugar? I know I always am. Well Den Bosch’s answer is the Bossche Bol, a pastry ball covered in chocolate and filled with cream, that’s the size of a tennis ball – I haven’t tried to hit it with a racquet yet though, was too busy devouring it. 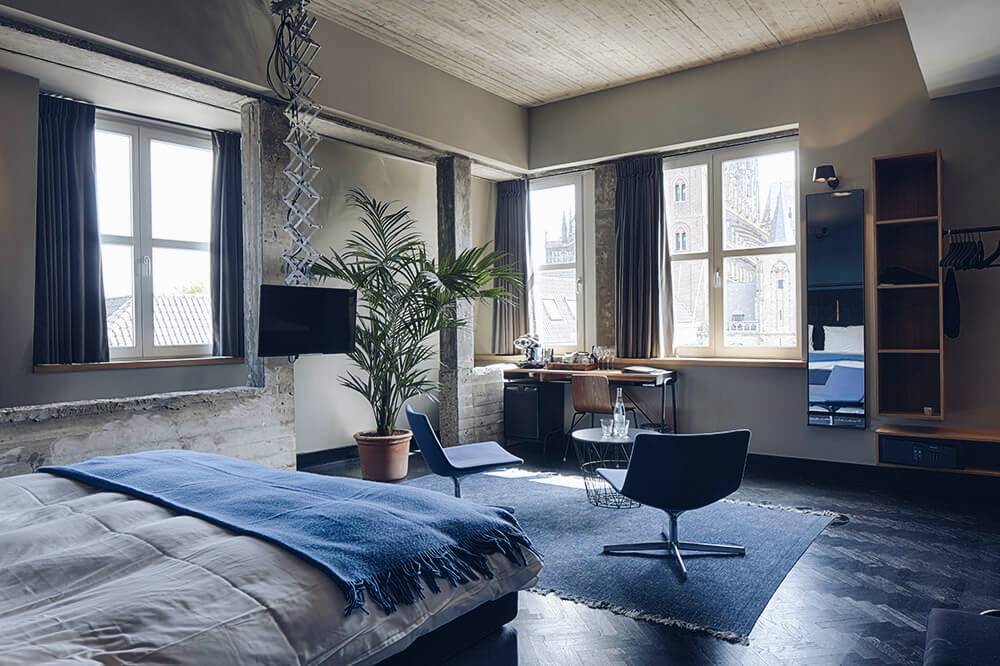 Den Bosch even has boutique hotels, like The Duke Boutique Hotel, where you can stay centrally surrounded by upscale design. 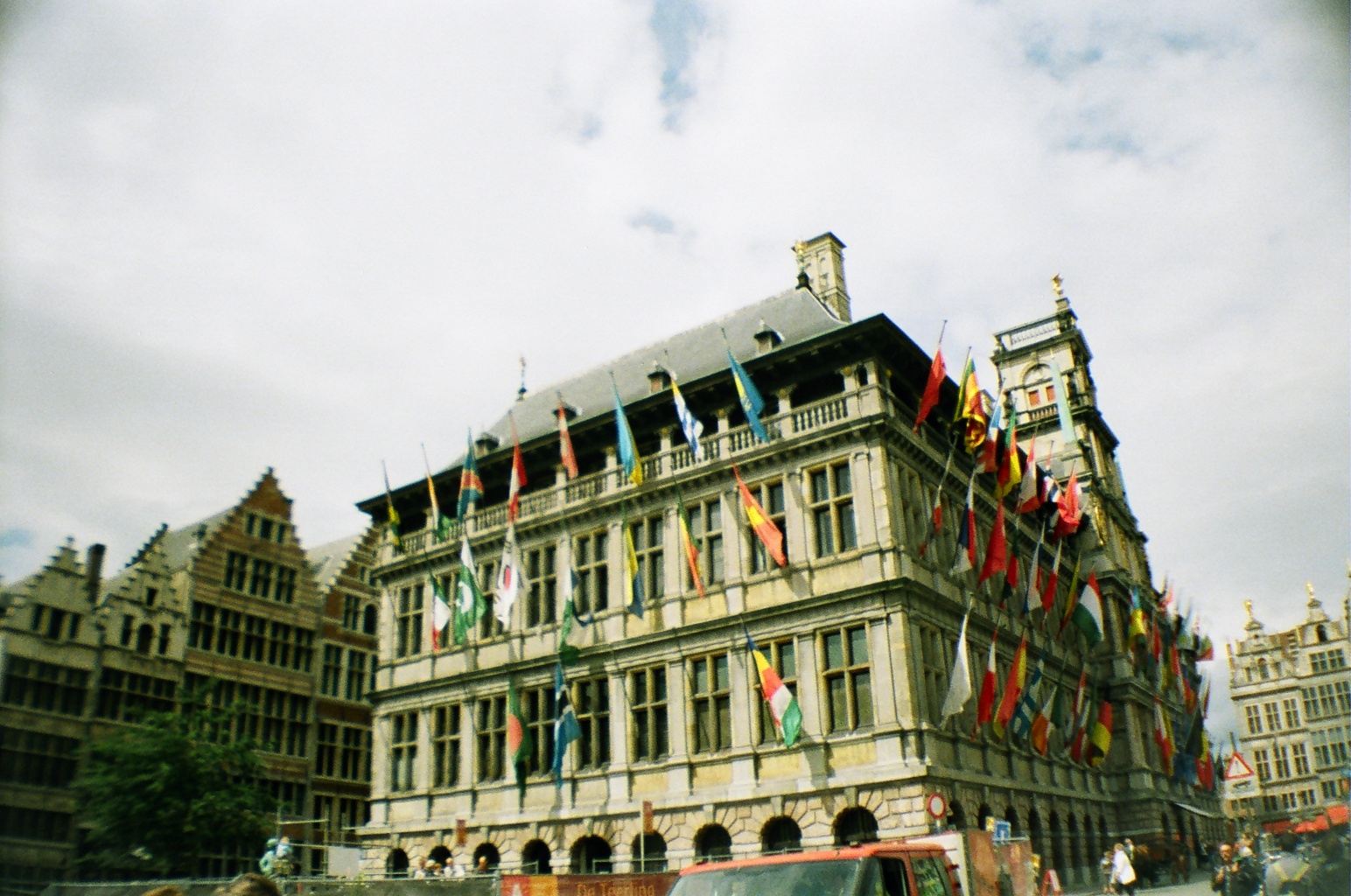 Take the train to Antwerp in Belgium, it’s as easily good as Amsterdam for the big international brand shops. If you’ve nearly maxed our your credit cards, take a trip to the photography museum, a ride on the Ferris wheel and stuff your face with waffles and fries.

For the more historical ones among you, give Breda a chance. This is more a honourable mention as I went to college there, but if you want the best fries ever no one else but de Toren should be your destination. Or try a coffee/tea/smoothie and toasted sandwich at coffee house Inspire where they have a ton of board games.

Ok Tea, what else can I do in Brabant?

Visit Efteling, a fairy tales-themed amusement park about an hour from Den Bosch. The attractions are based on ancient myths and legends, fairy tales, and folklore and may look creepy compared to the airbrushed to perfection Disney offerings. My favourite things are the optical illusions in Villa Volta, snapping a shot on the big mushroom and taking a ride on the Flying Dutchman. 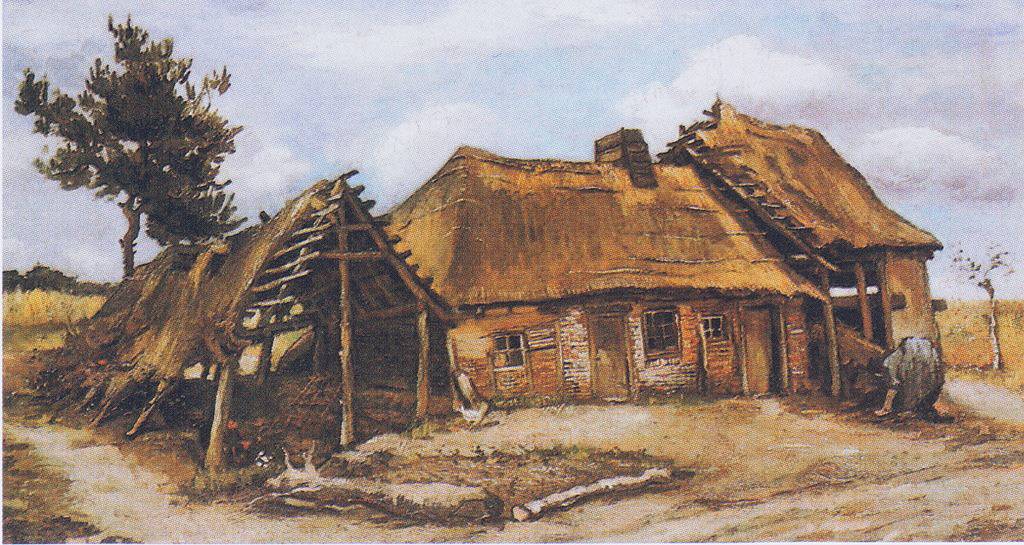 Step into the world of Vincent van Gogh at the van Gogh Village Nuenen. (Don’t go too far, we want you to keep your ears!) The ginger bearded dude lived here for two years painting more than quarter of all his paintings. The Vincentre is a museum about the life and work of the painter during his stay in the village. Aaaand there are also hiking trails through the village along scenes that Van Gogh immortalized on canvas, so maybe you can get inspired, quit that office job and start painting … 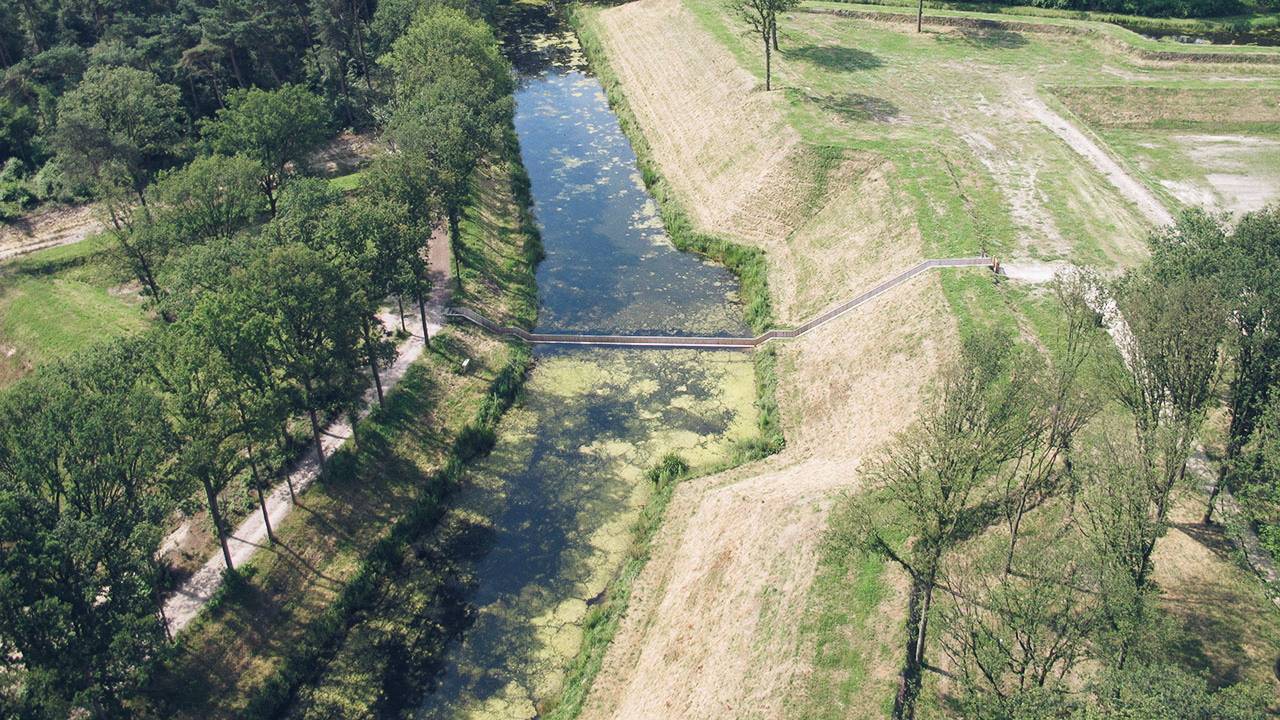 Or if – and I can’t believe I’m writing this – but if you were into memes circa 2011 you might recognize the Mozes Bridge that was everywhere. It led a lot of tourists to Fort De Roovere, a defensive fortress near the wonderful city of Halsteren to see it. No magic was necessary this time as architects designed the almost invisible bridge for crossing the fort. The amazing sunken bridge sits within the water and slope surrounding the fort and gives you a unique opportunity to walk through parted waters like Moses.

Have I convinced anyone to book a flight and bring me a Bossche Bol? Pleeease?

And, have any of you experienced the brilliance of Brabant?

4 thoughts on “Beyond The Capital: What To Do in Eindhoven + Brabant, Netherlands”