Heading to Berlin but a bit unsure where to start? Let’s take a look at the essentials. Next to all the street art, foodmarkets and coffee shops, here’s the low-down on the major players in B-town.

Brandenburger Tor (Brandenburg Gate)
This giant gate is more a bunch of giant pillars, and is the city’s best known landmark. Because it was situated in the no man’s land just behind the wall, it also became a symbol of the division of the city (history!). After the fall of the Wall, the Gate was reopened in 1989. Now it’s the place you’ll likely to see as a backdrop for the news, a place to watch fireworks and let’s just say for selfies, this place isTor-rific! 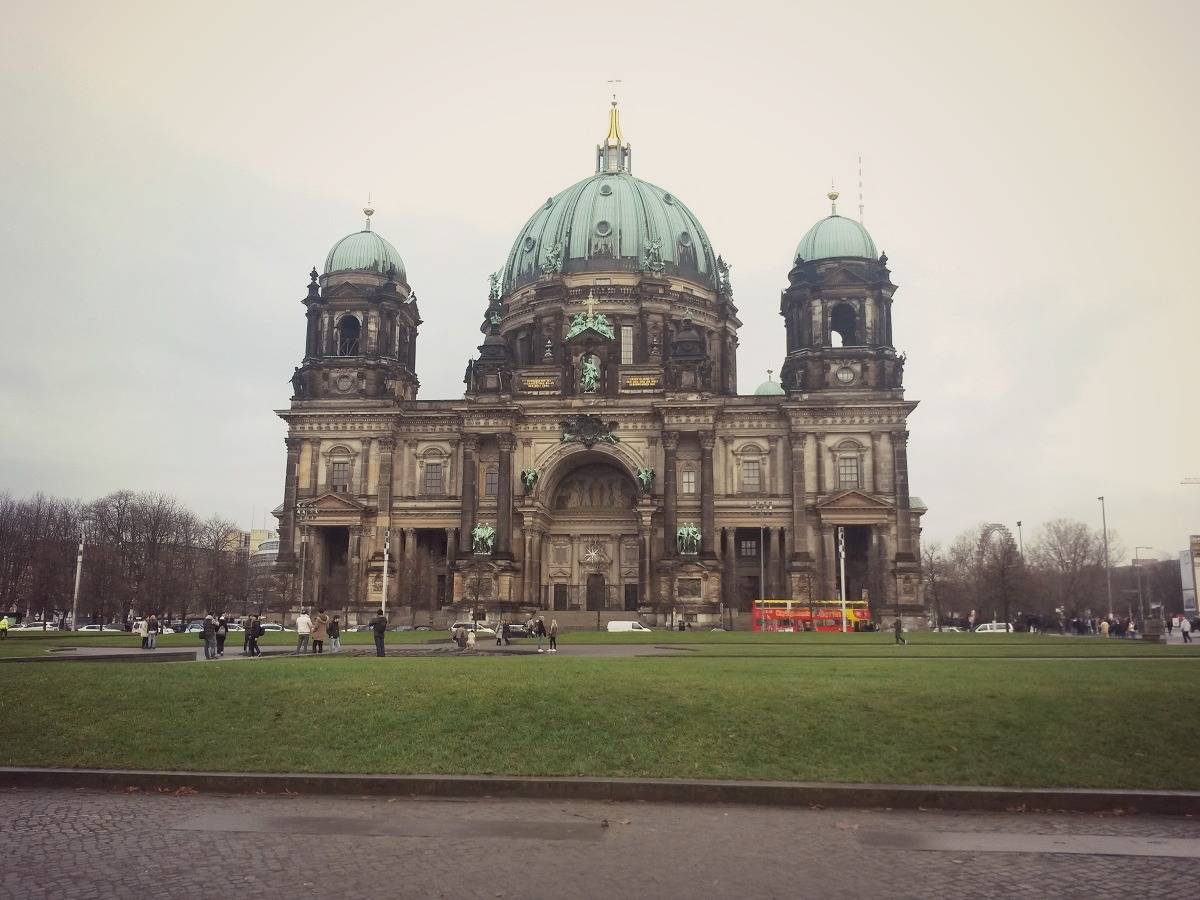 Berliner Dom
That’s Berlin Cathedral and not the Berlin Dome (I seriously heard someone scream this when I walked past it). This big sandstone monolith was built at the end of the 19th century to show Protestants could outdo those silly Catholics with their St. Peter’s Basilica in Rome. It was probably more of a religious mid-life crisis thing but they didn’t have ferraris or sports cars to buy then. Like many buildings, the cathedral suffered a lot of damage during the Second World War and reconstruction took place from 1975–93. The Christening and Marriage Chapel contains the altar painting “Miracle of the Pentecost” by K. Begas the Elder (who doesn’t know him?”). 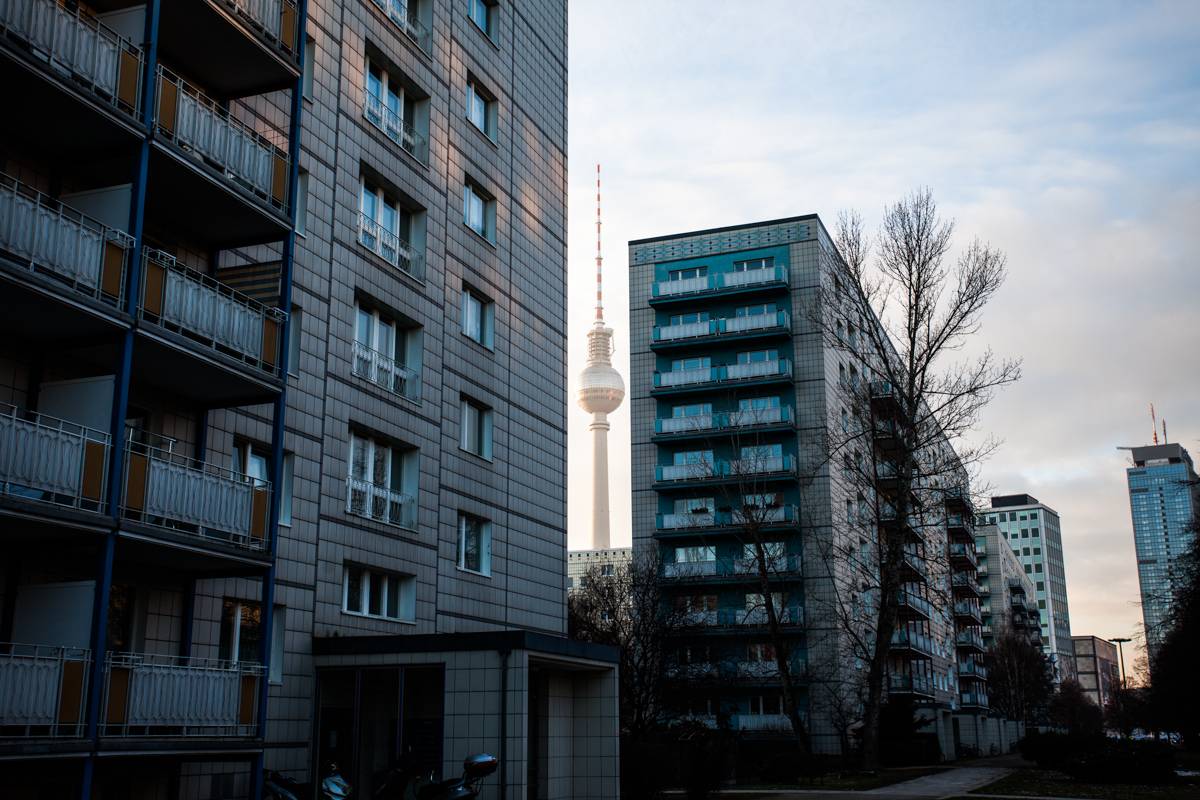 Fernsehturm (TV Tower)
No this isn’t the tower from the Frasier intro, this is Berlin’s own 1960s sky piercer which goes up and up to about 368 metres. The main round tower viewing section looks like a funky disco ball, but sadly at night it doesn’t play ABBA and glitter. But once you’re inside the viewing area, it offers a damn good 360 degrees spot to snoop on the capital, so all is not lost!

Alexanderplatz
But you can call it “Alex” – the most famous square in Berlin. It was almost completely destroyed in the World War II so it still owes much to its the rebuild from East Germany times. The ridiculously tall TV Tower spirals out the ground here and looks down on everyone, including the Fountain of International Friendship and the World Time Clock – though I’m sure the world time app is a bit easier to use. 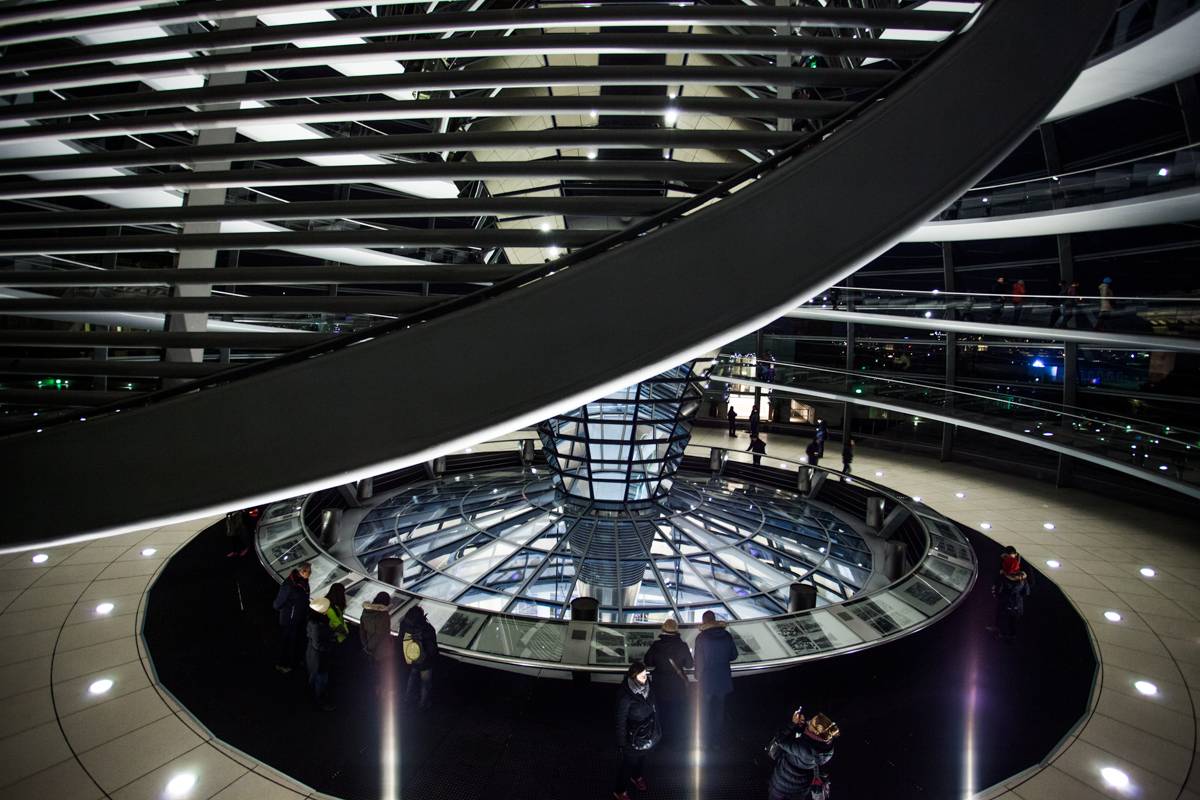 Reichstag
Though the building is classic in style (pillars, greek/roman influence) as it’s originally from 1884–94, the main attraction was added in the late 1990s. No, it wasn’t a rollercoaster, but a giant transparent dome, which you can actually walk up inside. Once a year I propose they fill the dome with water and use it as a giant water-slide, but sadly no one got back to me. You need to register in advance to visit the glass dome and terrace as individual entry is limited to a daily maximum.

(Remaining Section) Berlin Wall
A good example of the intact Wall is east of the city centre along the River Spree in Mühlenstraße. Now known as the East Side Gallery, it is a section of the wall that is preserved as ann outdoor gallery. It has the famous graffiti murals you’ll have likely seen as memes or in adverts, plus politically motivated and other miscellaneous artworks. Other smaller sections can be found in Potsdamer Platz and in the corner between Ebertstraße and Bellevuestraße). 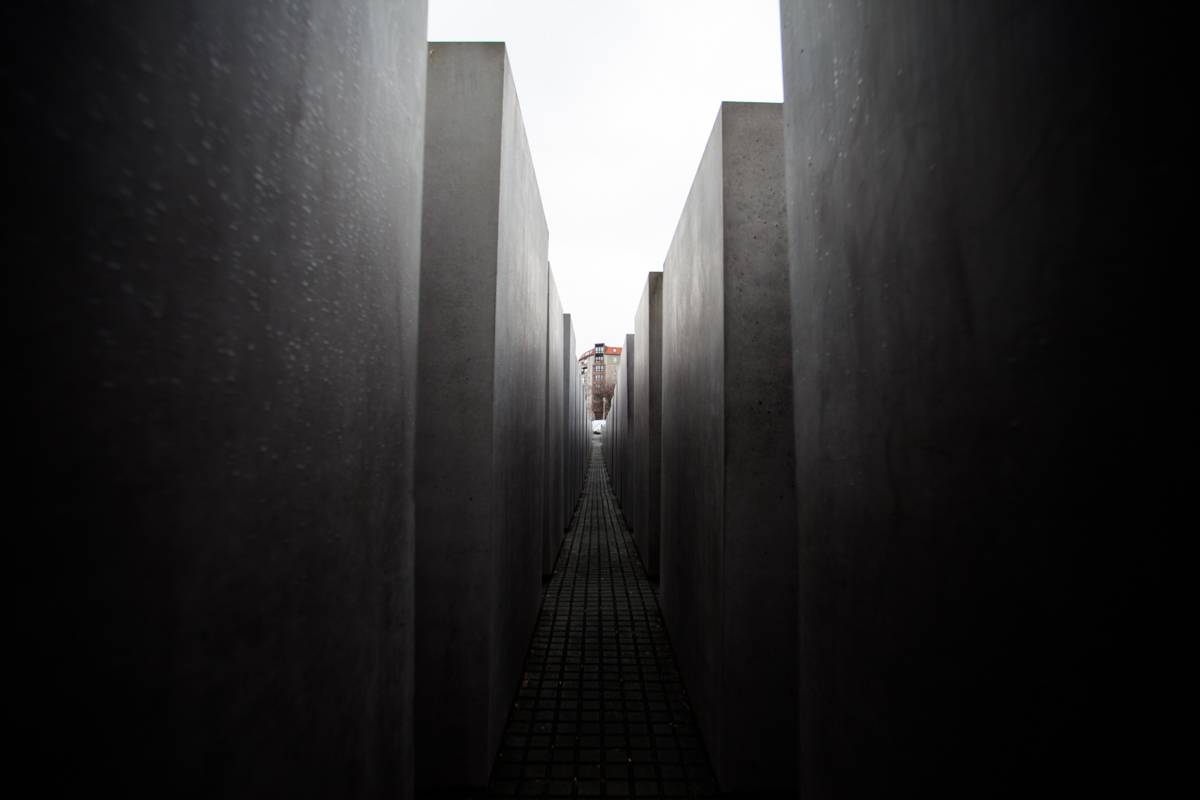 Memorial to the Murdered Jews of Europe
This site is a huge abstract artwork covering an entire block near the Brandenburg Gate, including an underground museum with extensive details on the Holocaust. Walking through concrete alleyways creates a feeling of disorientation, of being trapped and cut off from the world. The blocks start out at ground level on the outer edges of the memorial and as you go towards the middle the memorial, and as the stones begin growing taller the sun/light disappears and is replaced by chills.

Museumsinsel (Museum’s Island)
Did you know that Berlin has more than 140 Museums? Want to hit as many stones in a go without wasting too much travel time? Then go to Museum’s Island, that crams in five museum buildings on the River Spree.
• Alte Museum, built in 1830. Its interior, particularly the domed rotunda, creates a wonderful atmosphere for the sculpture exhibited and the collection of ancient artworks.
• Neue Museum, built to relieve the Alte Museum (told you they were inventive!). The go-to place if you are interested in the history of humankind.
• Alte Nationalgalerie, has large external staircase and bronze statue of Friedrich Wilhelm IV. on horseback so if you like staircases and guys on horses this is the place for you.
• Bodemuseum, known for its impressive dome and grand entrance hall, the building seems to traverse the Spree like a ship. The interior contains several rooms created in a style appropriate to the epoch exhibited there.
• Pergamonmuseum, holds the Roman gate from Milet, the Altar of Zeus from Pergamon, and the Gate of Ishtar from Babylon.
If you are all about museums and would like to see more than these five alone, I recommend buying the 3-day Museumpass. With it you can visit 70 of the 140 museums (!) on three consecutive opening days. 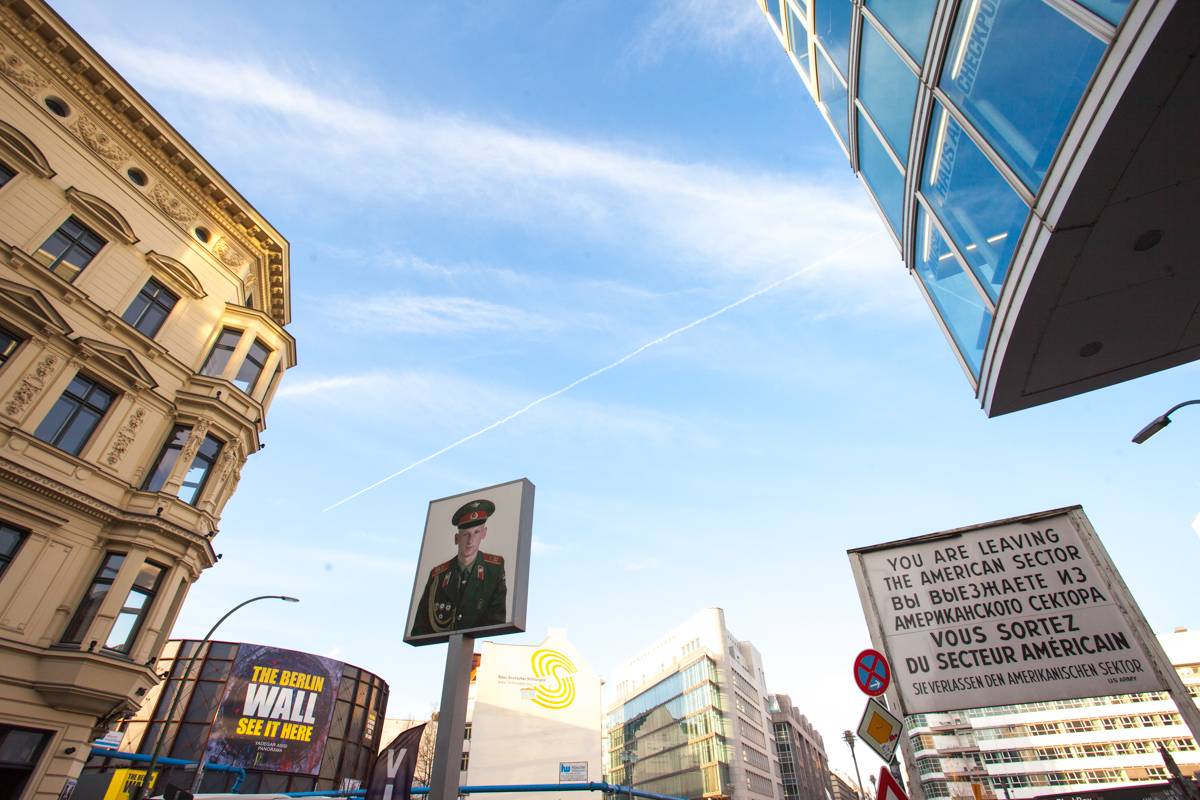 Checkpoint Charlie
From 1961 to 1990, Checkpoint Charlie was the only border crossing point for the Allies, foreigners, employees of the Permanent Representation, and officials of the GDR. And it was the place where Soviet and American tanks stood face to face. We’re talking some serious staring contests. Today, the checkpoint is commemorated by a border sign, a soldier’s post and the place where for €5/6 you get a souvenir passport stamp or have your photo taken with an East or West guard.

Want to know more about places to eat and drink? Check my Awesome Things I’ve Seen & Done in Berlin That You Should Do Too series.

Are there any essential Berlin spots that I’ve missed?

Ugh, the flight back home has to be the worst part of the trip right? You’re moving further and further away from your adventures, topped off with the endless waiting, making yourself comfortable ends up in yoga-like poses on your seats, the food … you just can’t wait till it’s over. Here are…

When I took mini trip to the capital cities of the Baltic States I loved all three of them, but Riga was my favourite. It’s cheap to fly to and you can get around for a low cost too. So if you are looking for a budget destination city trip…

Planning an adrenaline trip with your partner? Thinking about trekking in an Asian jungle, or a boat down the Amazon? Sounds good, but you don’t have to head abroad for an adventure! With plenty of exciting experiences available and an ever-increasing range of options for couples to take advantage of,… 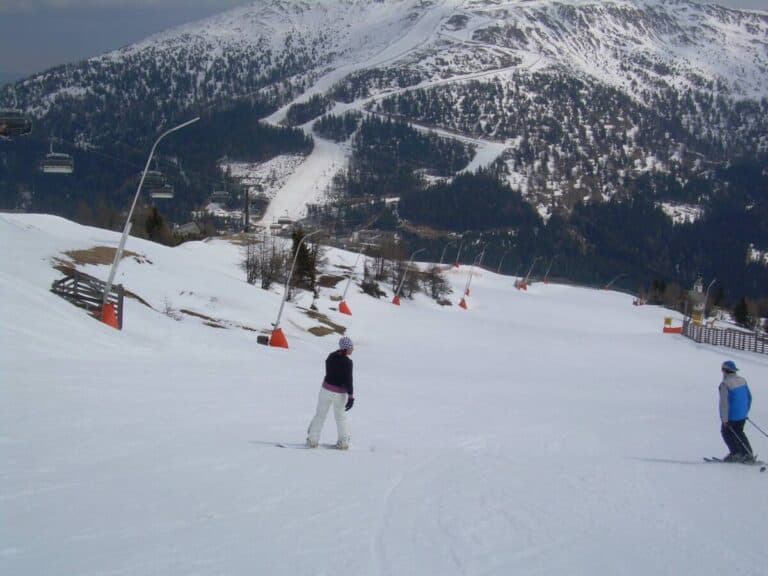 I’m sure I’ll soon be writing a post on everything I started baking during the March 2020 lockdown, but I also thought it would be fun to look back at some of the trips I took and the places I lived during the month of March over the years. Last…