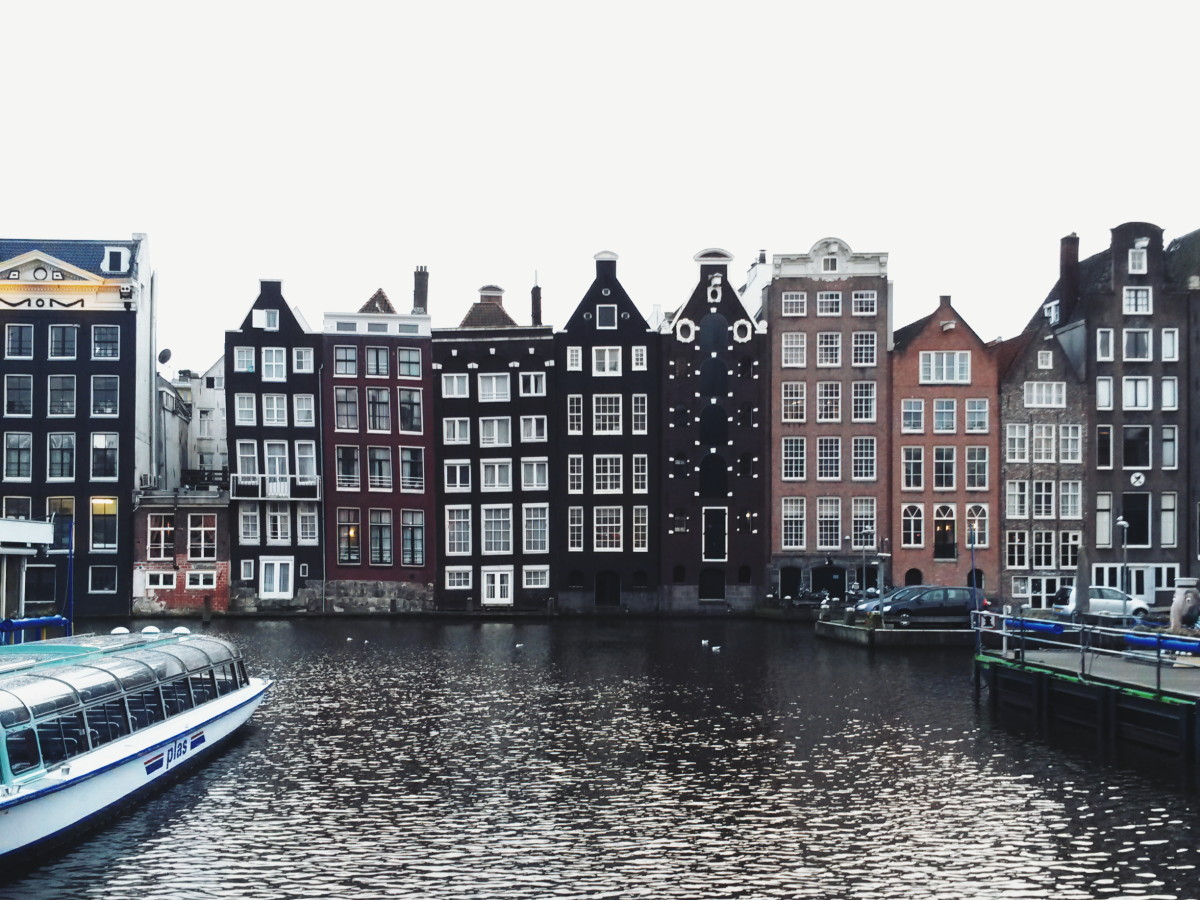 Rijksmuseum
After ten years of renovation, the Rijksmeseum (National Museum) reopened its doors to the visitors in 2013. The museum is filled with paintings and historical artifacts, prints and classic photography and you can easily lose a whole day within its walls. If you see a crowd of people taking selfies in front of a huge painting then chances are it’s The Night Watch … not the Jon Snow Night’s Watch sadly, but one of Rembrandt’s most famous bits of oil on canvas.

Van Gogh Museum
Vincent van Gogh, or VVG as I like to say, is one of the greatest painters in human history and the Museum is the richest collection of VVG pieces – but don’t expect to find Starry Nights or Cafe Terrace at Night, because MOMA in NYC stole those. But.. it does hold one of five (!) Sunflower paintings and a crazy amount of merchandise with everything from a graphic novel/comic on the artists life to stuffed toys. The ‘Friday Nights’ where it stays open late are pretty fun too as you get to drink cocktails and listen to jazz music.

Anne Frank House
You cannot say you’ve been to Amsterdam if you’ve not visited the Anne Frank House. The museum is the secret annex where Anne, her family and another family hid from the Nazis and shows you how they lived. There’s also a guest-book which Bieber was famous for signing in horrifically bad taste.

Science Museum Nemo
This technology museum of Amsterdam is mainly aimed at kids, but don’t let that hold you back as it makes a fun and interactive day out for kids of all ages. In the museum people mess around with all sorts of science experiments, but the best bit is the giant bubble tunnel. Head to the the fifth floor or upper deck for a great view of the city surroundings (and a place to grab a bite).

The Amsterdam Museum
The Amsterdam Museum gives you an overview all aspects of the history of Amsterdam (you didn’t see that one coming, did you?). Dating back as far as the 1500s, this place is home to the famed aerial view painting of the city from 1538, which has an interesting take on perspective. Overall, the exhibits are fun and interactive, so don’t worry about dozing off.

Rembrandt House
The museum is the house where Rembrandt worked and lived for 20 years. So think MTV Cribs but with paintings instead of sports cars, hot tubs and a gym.

Hash, Marijuana & Hemp Museum
Not really a museum, more like someone saw a market for an ‘adventurous’ tourist wanting to check the place out. It offers visitors information about the historical and modern uses of cannabis for medicinal, religious and cultural purposes. They also focus on how hemp can be used for agricultural and industrial purposes – though I’m sure people probably ignore that use!

13 thoughts on “Must See Museums in Amsterdam”