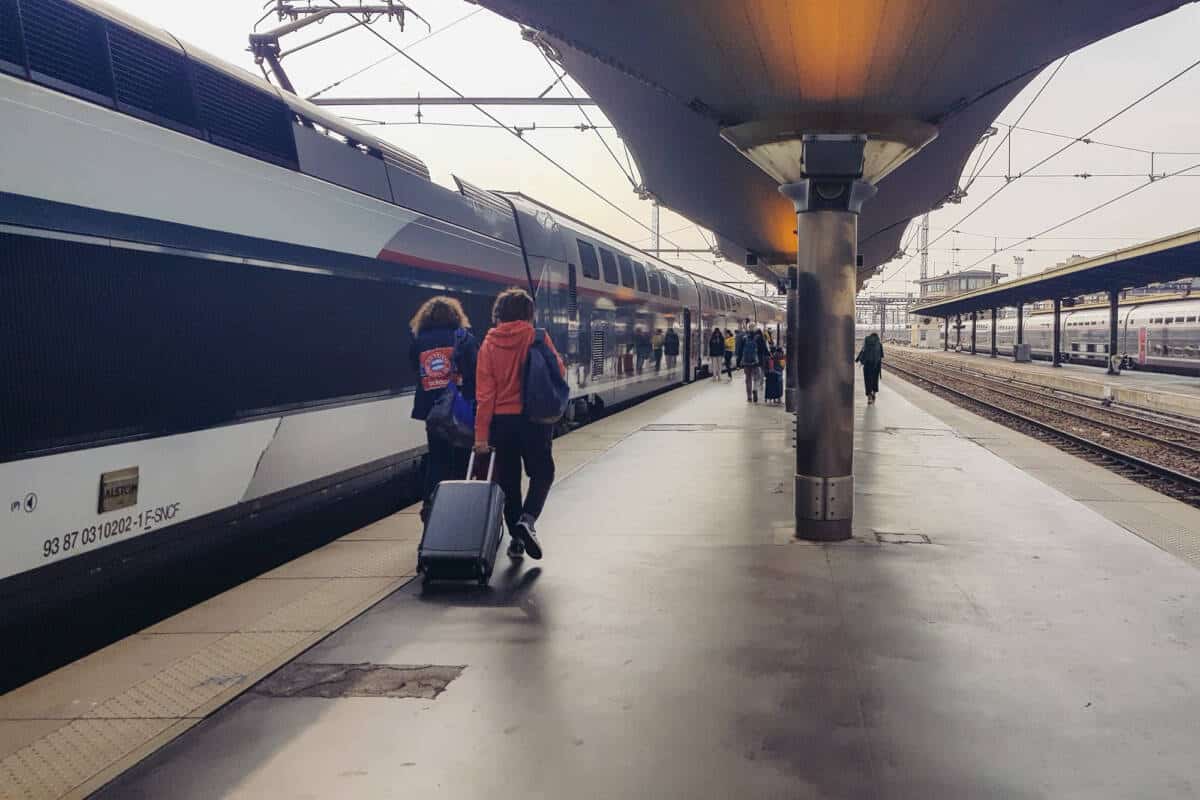 Did you know there is a direct high-speed train from Paris to Barcelona? I discovered this last year when Rail Europe did its annual advertising splurge on Instagram to tempt you to get tickets cheap for next year.

I wanted to share my experience, so here’s what it’s like to travel from London to Barcelona by train. 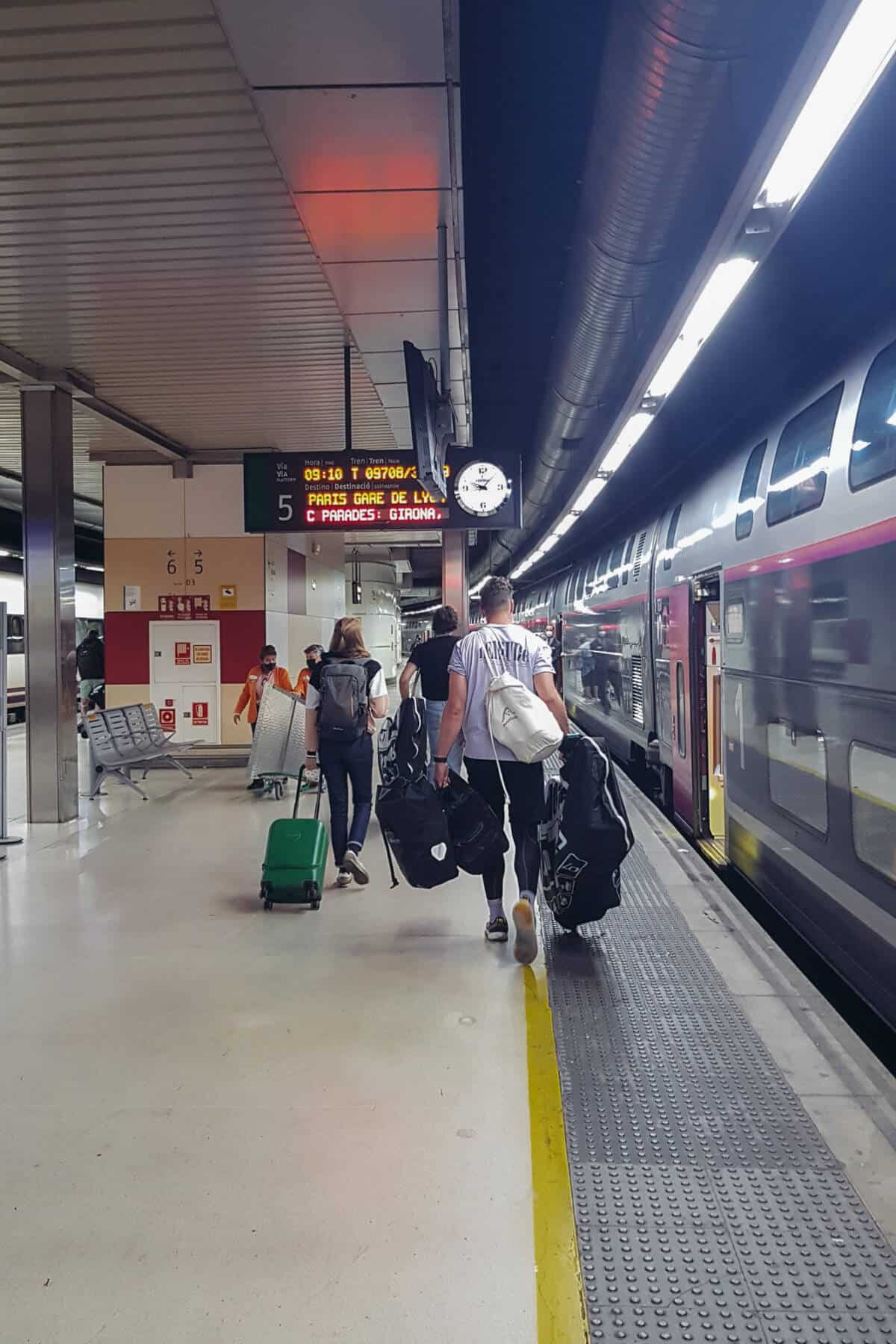 Tickets can be purchased from Rail Europe, but also via Trainline or SNCF and are released 4 months ahead. Starting price for Paris – Barcelona standard class single fare is €39 (2022 price).

The earlier you book the cheaper the prices. Don’t forget to check the first class tickets as well, as in some cases they can be cheaper than standard ones. 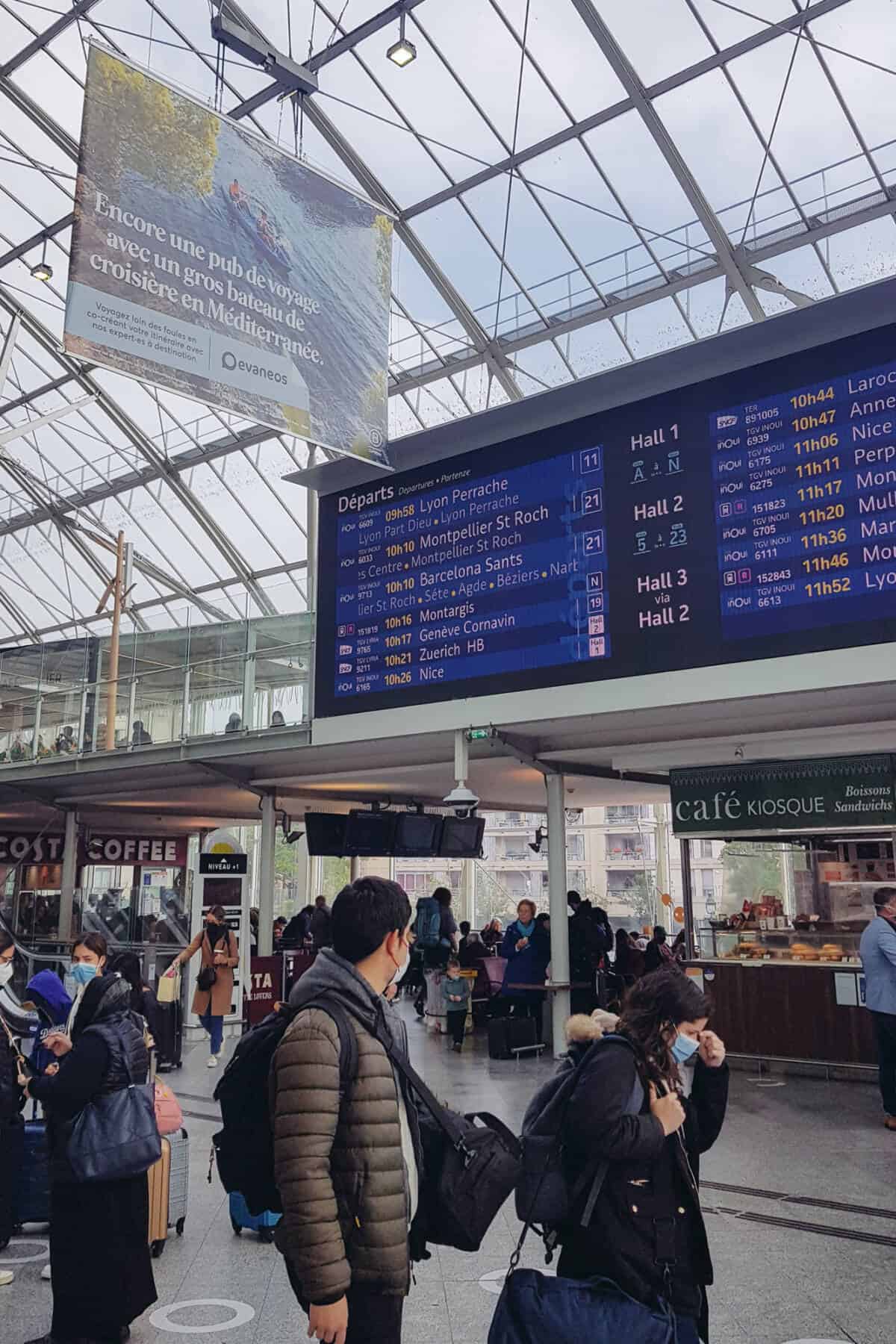 Taking The Paris to Barcelona Train

The high-speed train departs from Paris Gare De Lyon and takes you to Barcelona Sants in just under 7 hours. I was worried I’d be bored so I took books, magazines, and a phone filled with downloaded Netflix shows. But time flies by and I spent most of my time looking at the ever changing scenery.

Make sure that you arrive at the station on time, but don’t worry if at Paris Gare De Lyon you can’t find your platform. They’ll only announce the platform on the big display board about 10 – 15 minutes before departure.

Everyone has allocated seats, so do make sure to get on the right wagon and seat as the French take it very seriously (and everyone else should too).

You might want to use an extra time to explore the station or get some food / snacks for the journey. There is a cafe on board the train, but you can get nicer treats at the station.

You arrive in the city centre at Barcelona Sants and from there the Metro takes you to the Gothic Quarter, Sagrada Familia or your accommodation in no time. 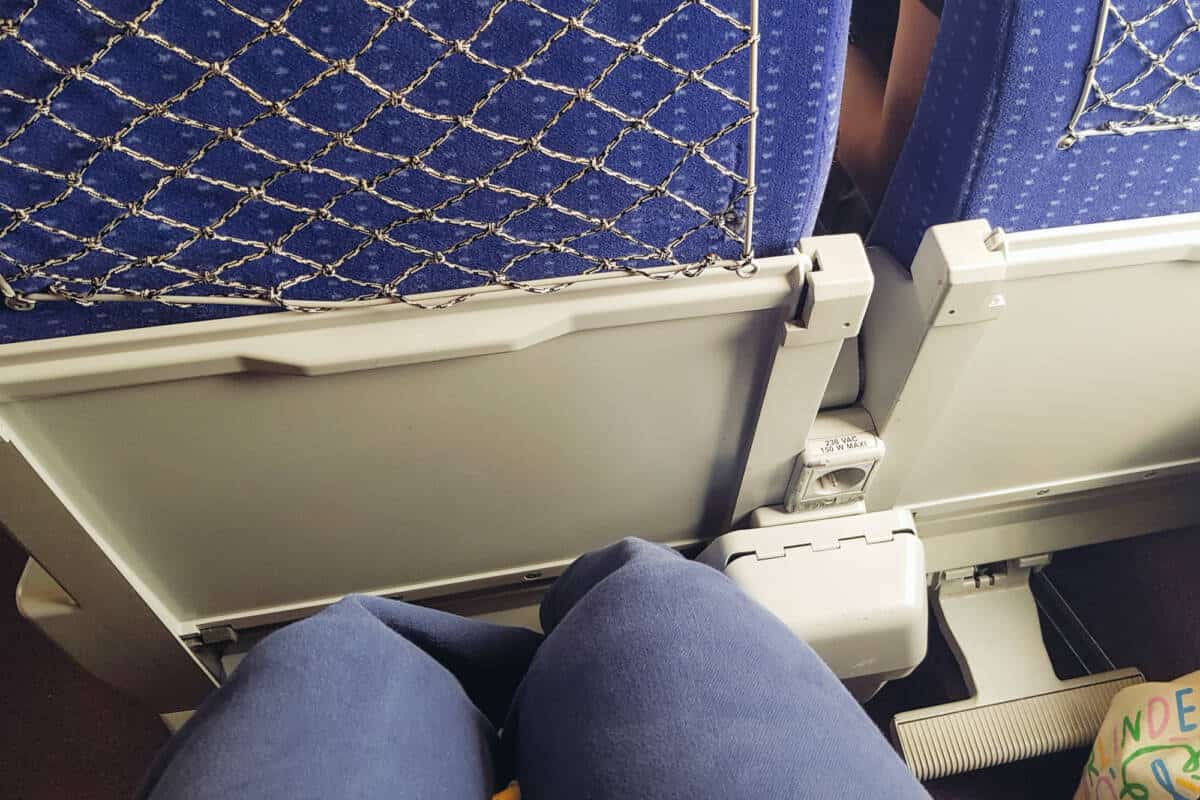 You do get access to the first-class lounge at both stations, but again… that might not be worth it for the few things you have out there or for their very relaxing seats. 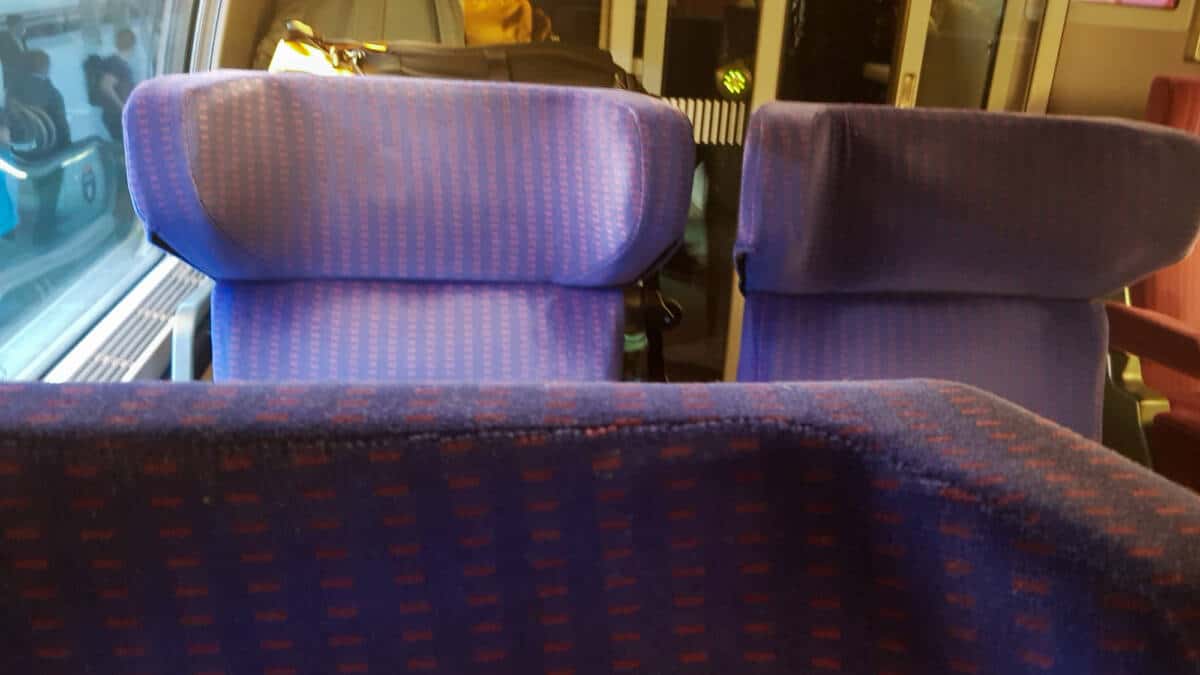 Getting to Paris By Train

The first thing you have to do if you want to travel from Paris to Barcelona is to get to Paris!  You need to book tickets separately, depending on where you’re coming from: if it’s London, you can take the Eurostar, and from the Netherlands and Belgium, the Thalys. Even a DB train from Germany via Brussels (Thalys) is an option.

You could take an early train from your starting destination and make the connection. Paris Gare De Lyon is a very easy-to-reach station. You can also combine it with a visit to Paris. I wanted to see the Mona Lisa, so I arrived 1 day before my train to Barcelona. 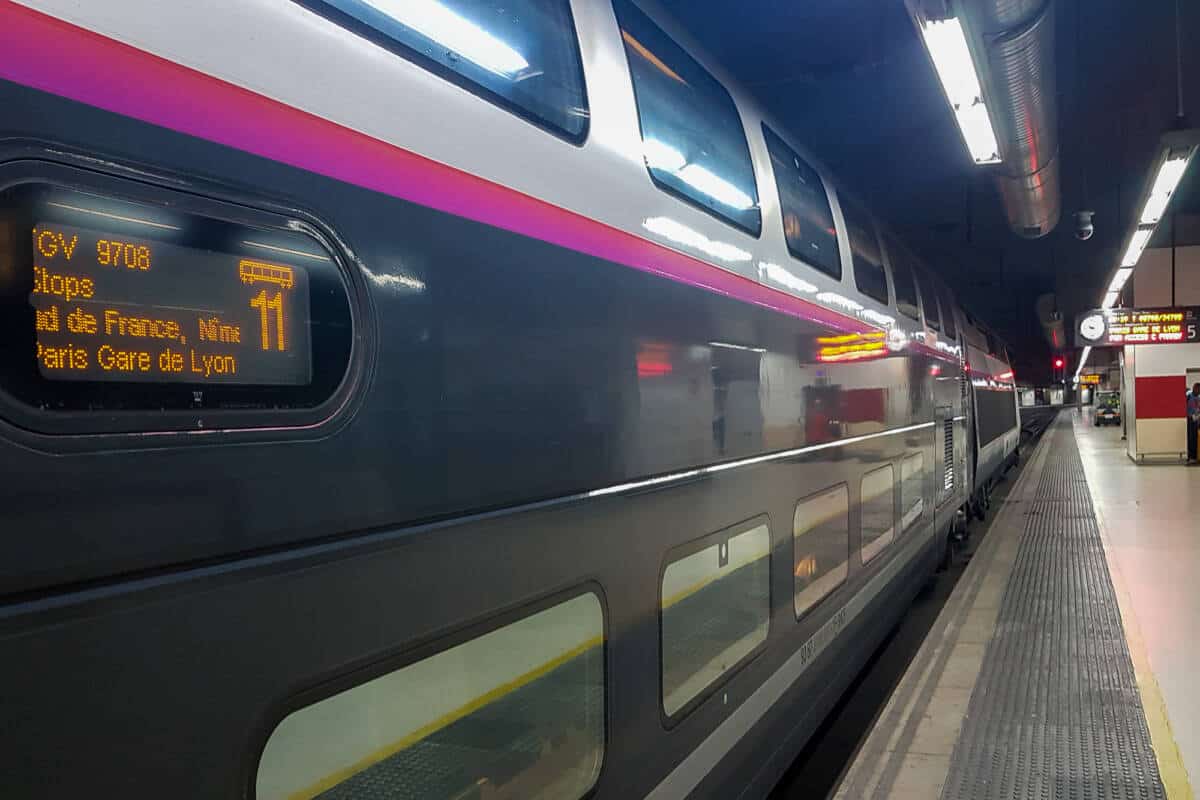 Train From Barcelona to Other Cities

From Barcelona it’s easy to travel to other Spanish cities, the trains to Madrid and Valencia take less than 3 hours, You can buy tickets via Omio, Renfe or Trainline. Do keep in mind that the earlier you book the tickets the cheaper. So if you want to keep it budget friendly do plan ahead. 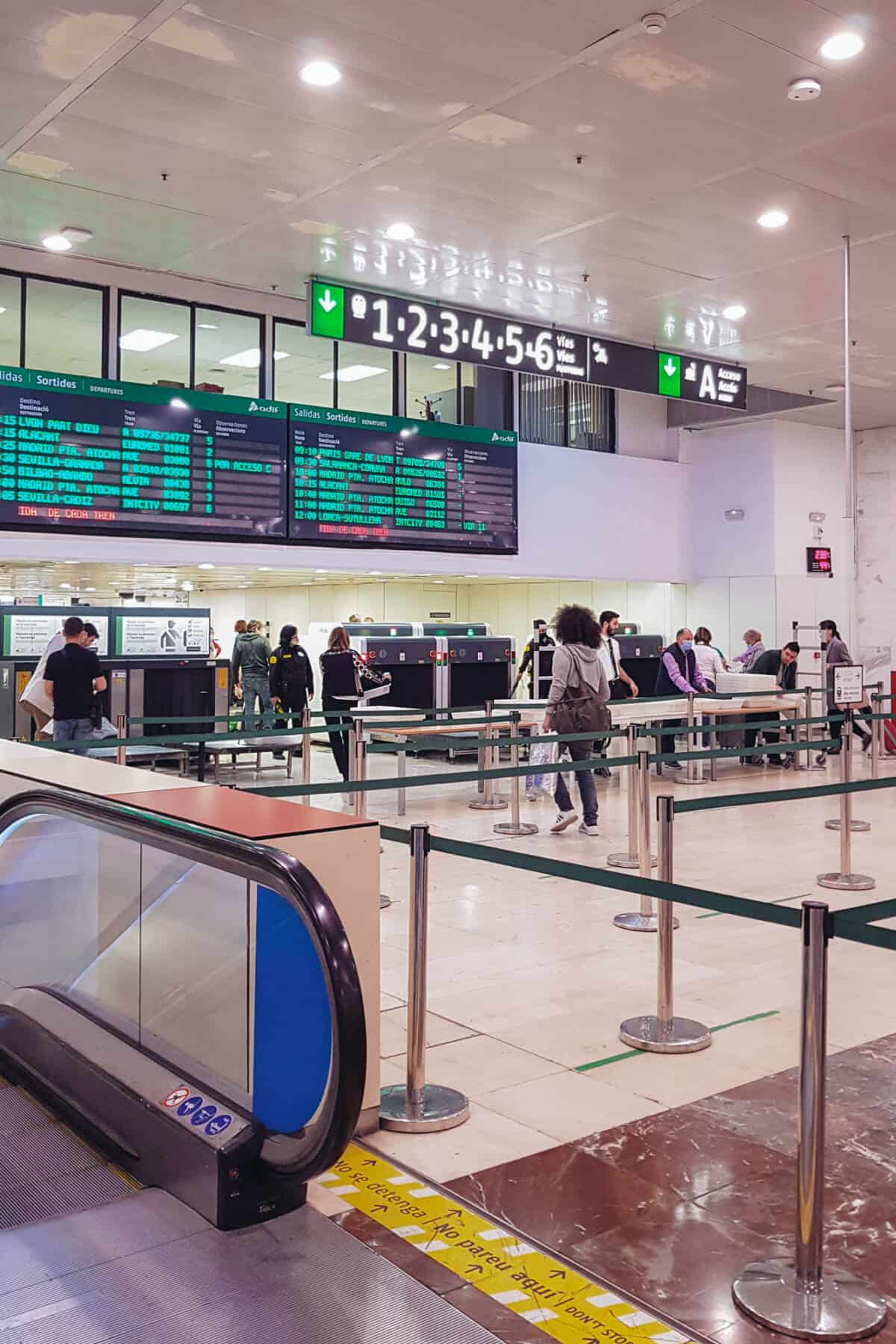 But Why Not Fly?

To me personally, it’s a sustainability thing, but also the slow travel approach. I’ve written about those and other benefits of traveling by train here.

When I brought it up everyone said it probably takes too long, but think of it like this: if you take a plane you have to get to the airport 2 (maybe even 3 hours these days) hours ahead, plus travel time from and to the airports, add on the 4 hours flight, and then all of a sudden it not a big difference really. Plus I have an excuse to spend a day in Paris.

Also … on a train don’t have to worry about the weight and size of your luggage. Which means you can bring all the good souvenirs back home.