Chances are that once you’ve made it to the top of Mount Kilimanjaro or ticked off the big 5 on safari on your Tanzania trip, you’ll be flying to Zanzibar from Arusha Airport.

Last week I was one of those lucky people and I had a lot of questions before heading to the airport, especially since there is not much information out there. So I wanted to give some tips and explore what I encountered there in an Airport FAQ. 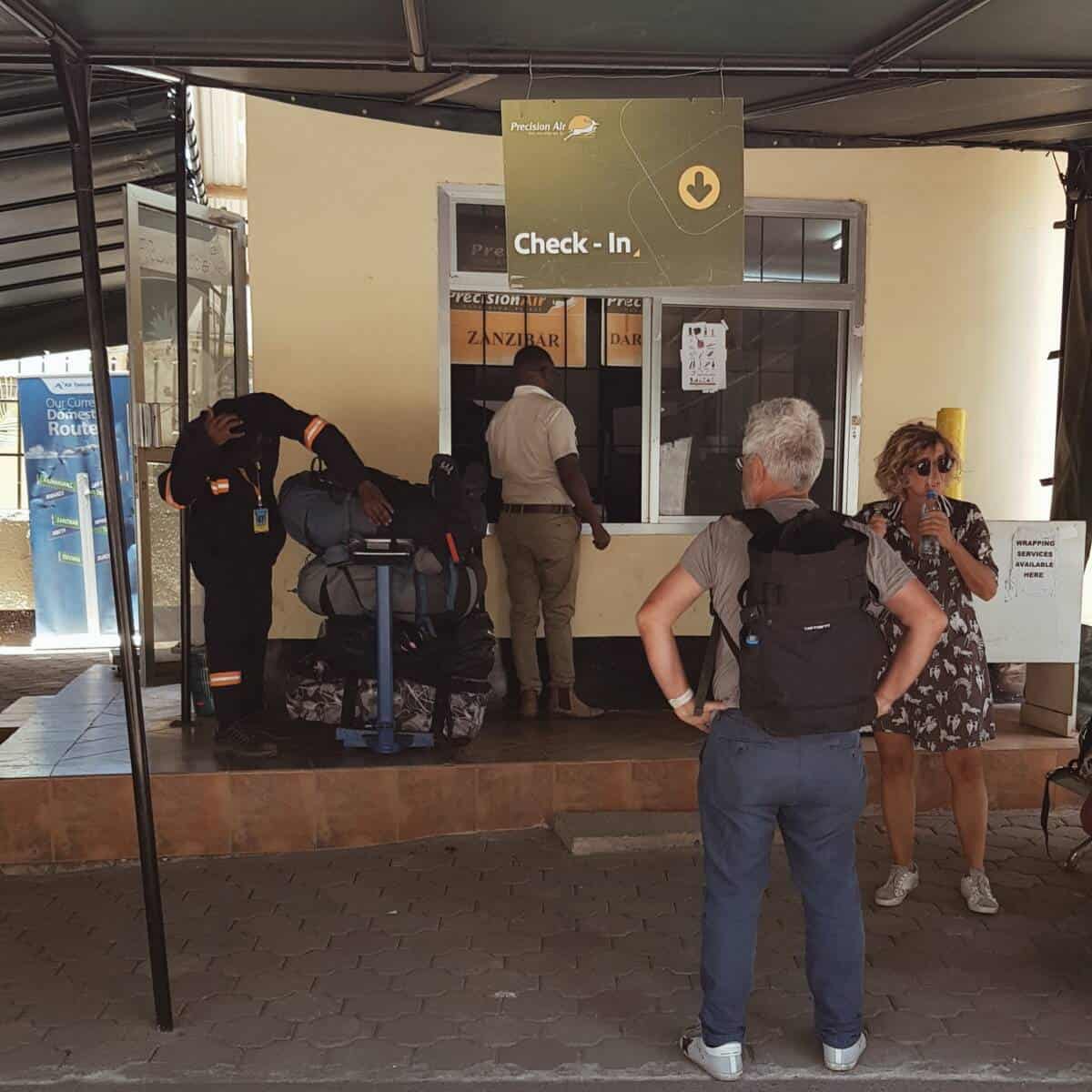 What’s the most important thing to know? It’s a very small airport. You’ll get dropped off by your taxi right outside Departures, close enough to see the check-in desk. By the time you’ve put your passport back in your bag, you’ll have passed Security and have walked into the Departures Waiting Area Hall, which is partly open-air and under a tent. To give you an idea of how small everything is, the person who checks-in your bag at the check-in desk is the same person who loads it onto the plane later on.

In the Departure Waiting Area there are around 9 stands that sell souvenirs, 2 food/drink stands, and 1 set of toilets. There is also a private VIP area inside its own tent, but I didn’t venture in.

The airport is currently expanding to include a new Departures Hall which will be completely indoors, so watch this space. 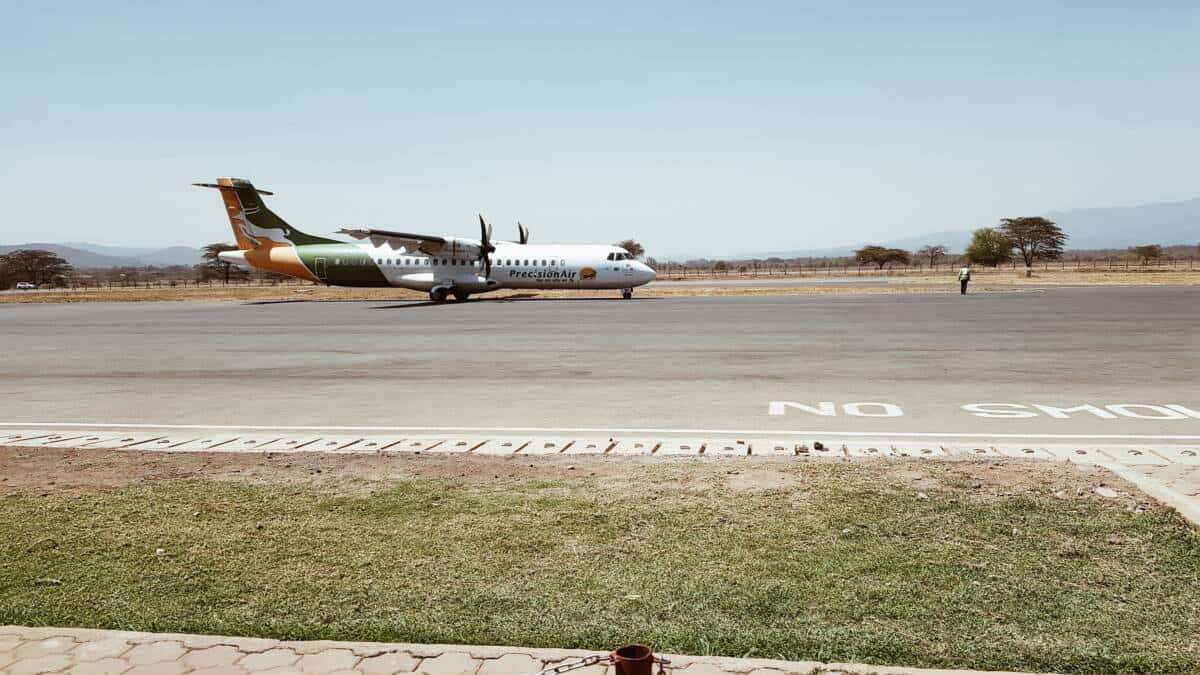 So … How much for a bottle of water? A bottle of water will cost you 2000 Tanzanian shillings or (rounded up to) 1 US dollar. You can bring liquids past security so you can always decide to bring water with you.

Can I get my Big Mac or a Grande Triple Chocolate Soya Mocha at the airport? Ha. No. There are no restaurants at Arusha Airport, but you can grab some basics at Be Our Guest or Village Cafe, the two cafe stands. One of the two has seating as well.

If you have a late morning or afternoon flight it might be easiest to eat at your accommodation before you leave or ask them to pack you something. You can also stop at a restaurant near the airport before you go.

I see. What about the real essentials? Is there Wi-Fi? There is no free airport Wi-Fi, but if you buy something at one of the cafes stands you can get a password. It’s really slow and best used for messaging, everything else is slow.

I know enough. Can I charge my phone, tablet and laptop while waiting? You cannot. Before leaving your accommodation make sure you charge your battery pack. Not sure you’ll need your phone as tickets are printed and watching the planes land and take off is all the entertainment you need.

Are the chairs comfortable at all? Could I nap comfortably while recovering from the Mountain / Safari trek? They are basic airport chairs without barriers so you can take a nap.

What about the toilets? There are two toilets, which seems enough as the longest queue I saw was 2 people.

Anything cool you saw? Planes landing right in front of my nose as you literally sit in front of the landing strip, there is no barrier or anything. 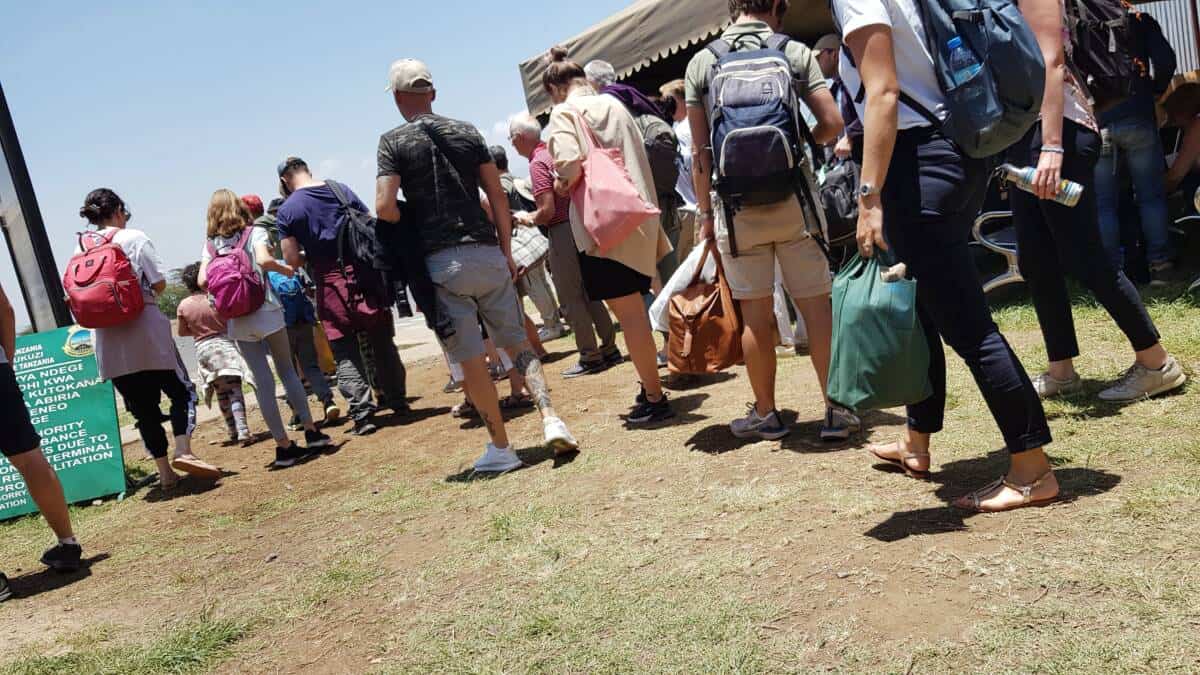 Anything else I need to know? There is no notice board in the departure hall. If anything happens, like a delay, someone will come to you and inform you in person.

As you’ll be flying on a propeller plane with one entrance and a very small path you’ll be gathered outside on the landing strip in order of your seat number.

Which airport should you pick for your domestic flight? If your accommodation is on the east part of Arusha you might want to choose a departure from Kilimanjaro Airport and if you are staying on the west side of Arusha, then Arusha Airport is the quickest choice. Tickets prices are similar, but you’ll save time and money on the taxi drive.