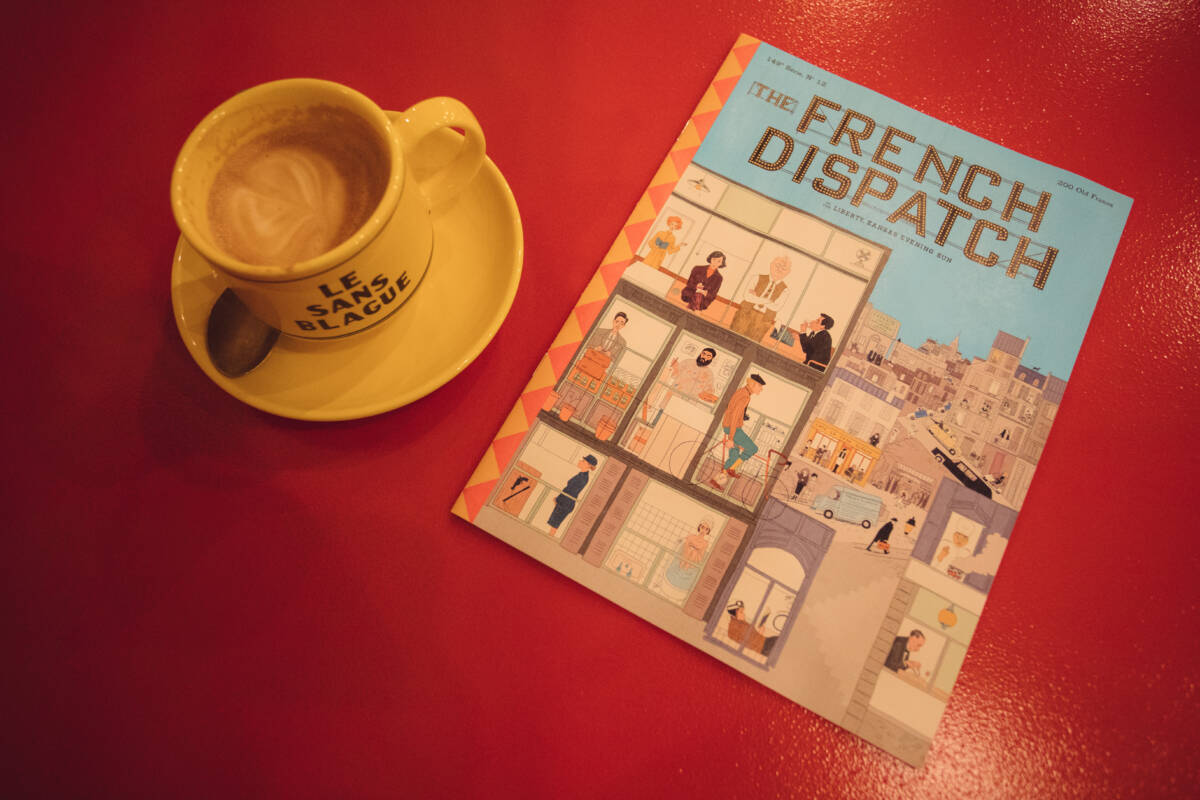 With a new Wes Anderson film comes a new exhibition at Studio 180 on the Strand. For the release of Isle of Dogs they showcased many of the film’s intricate miniature sets and offered up a Japanese ramen canteen. For The French Dispatch, they’ve gone bigger and bolder: with not only props, costumes and artwork but also life-size replica sets from the film you can walk around in and get lost in. 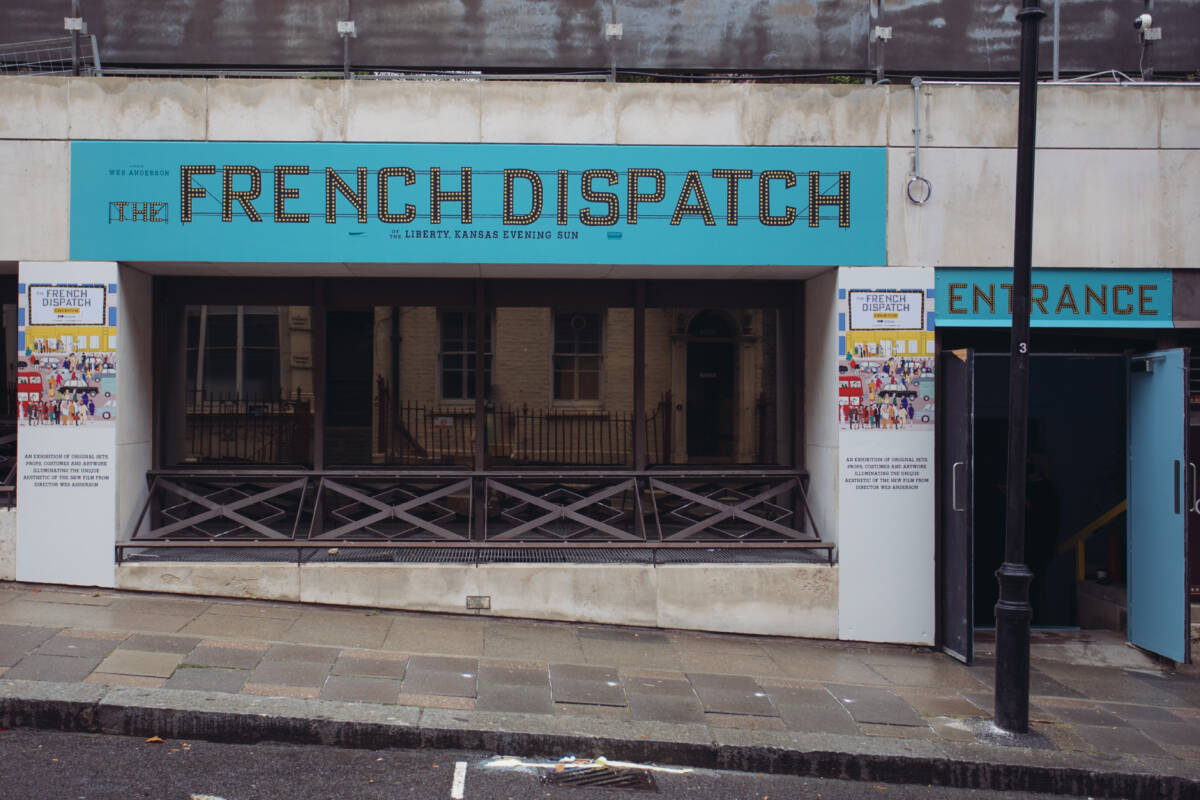 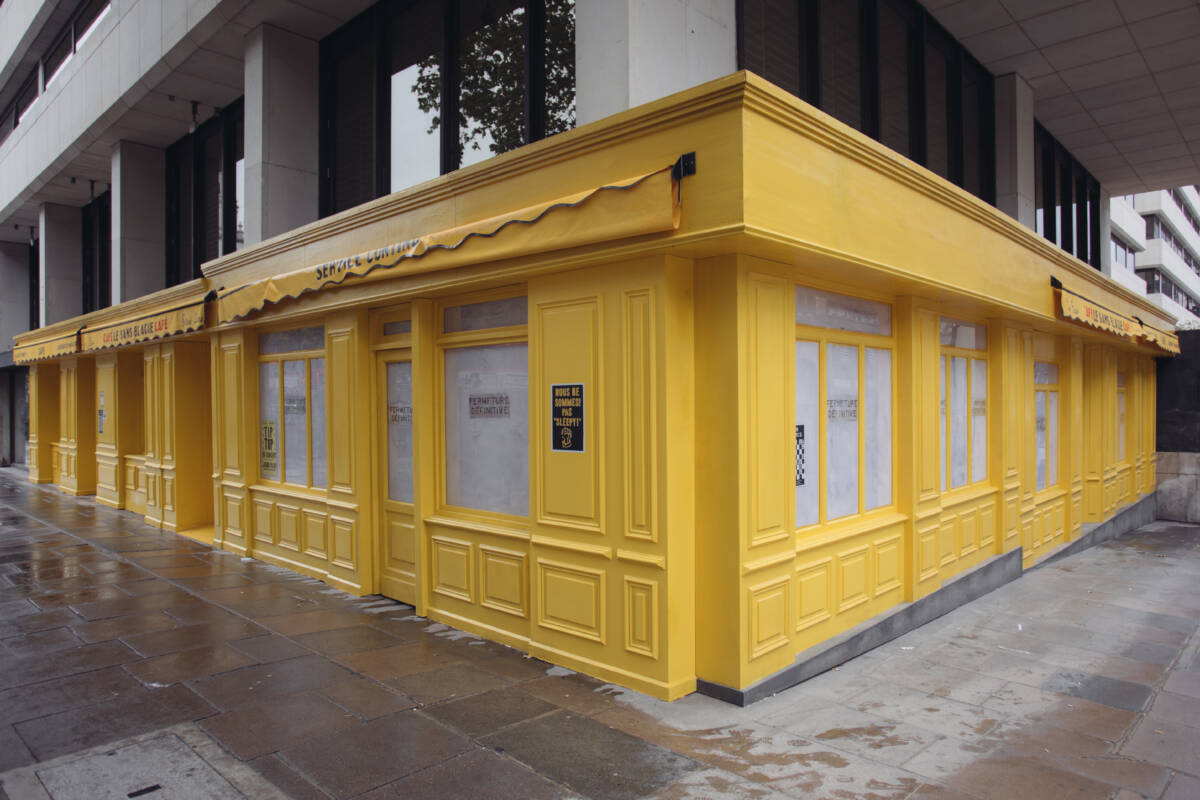 The exhibition is divided into 5 different sections, named after sections of the magazine and matching each of the stories we follow in the film. In each section you’ll be immersed with miniature sets, costumes and a lot of props from the fictional town of Ennui-sur-Blasé. 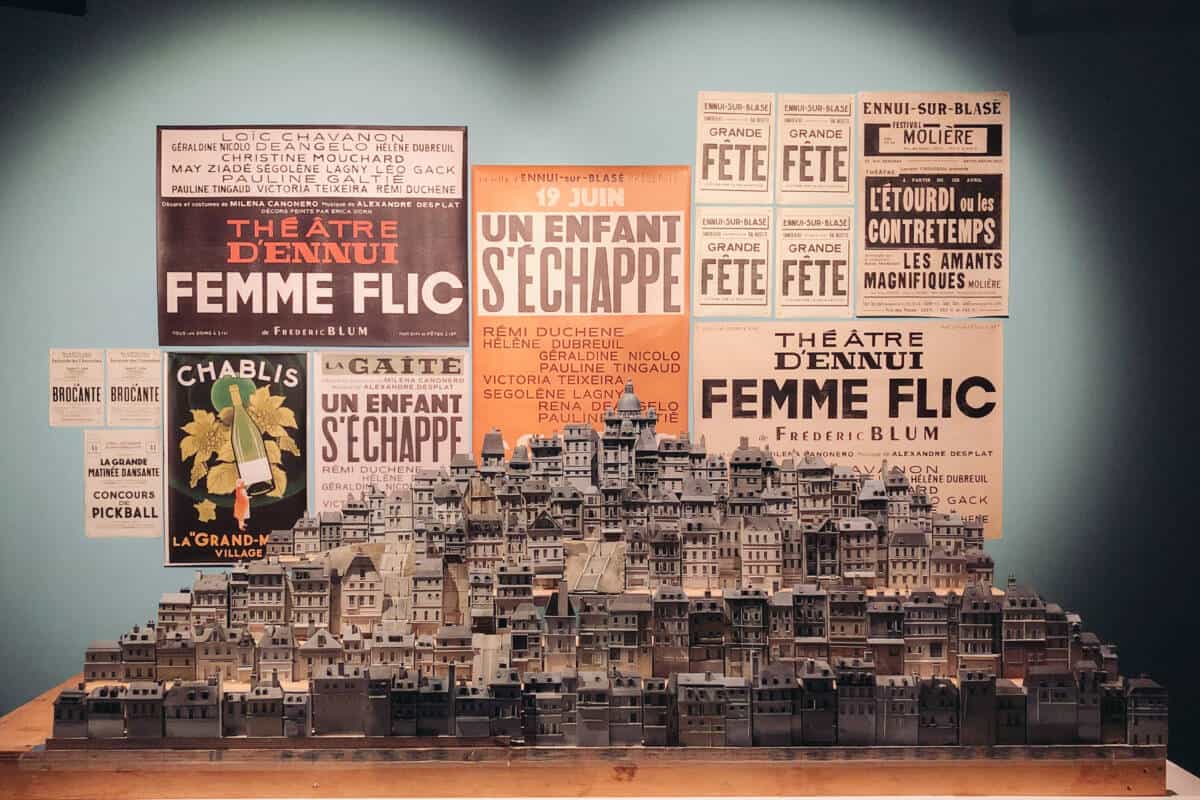 Compared with the Isle of Dogs exhibition, this was a lot less busy, down to the fact it costs money, they only let in 30 people every half hour and it was a larger set of spaces, so it felt a bit less like a packed gallery and more like a little experience to delve into the world of Wes Anderson, which was nice. 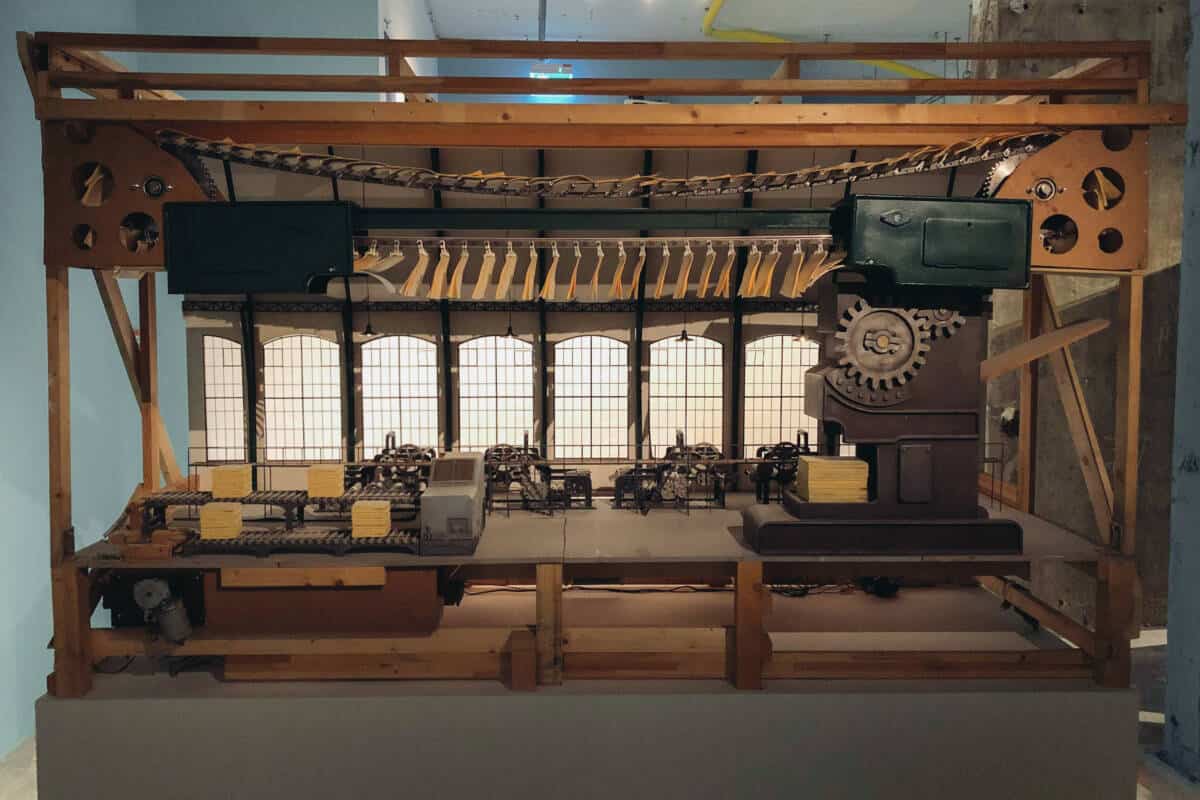 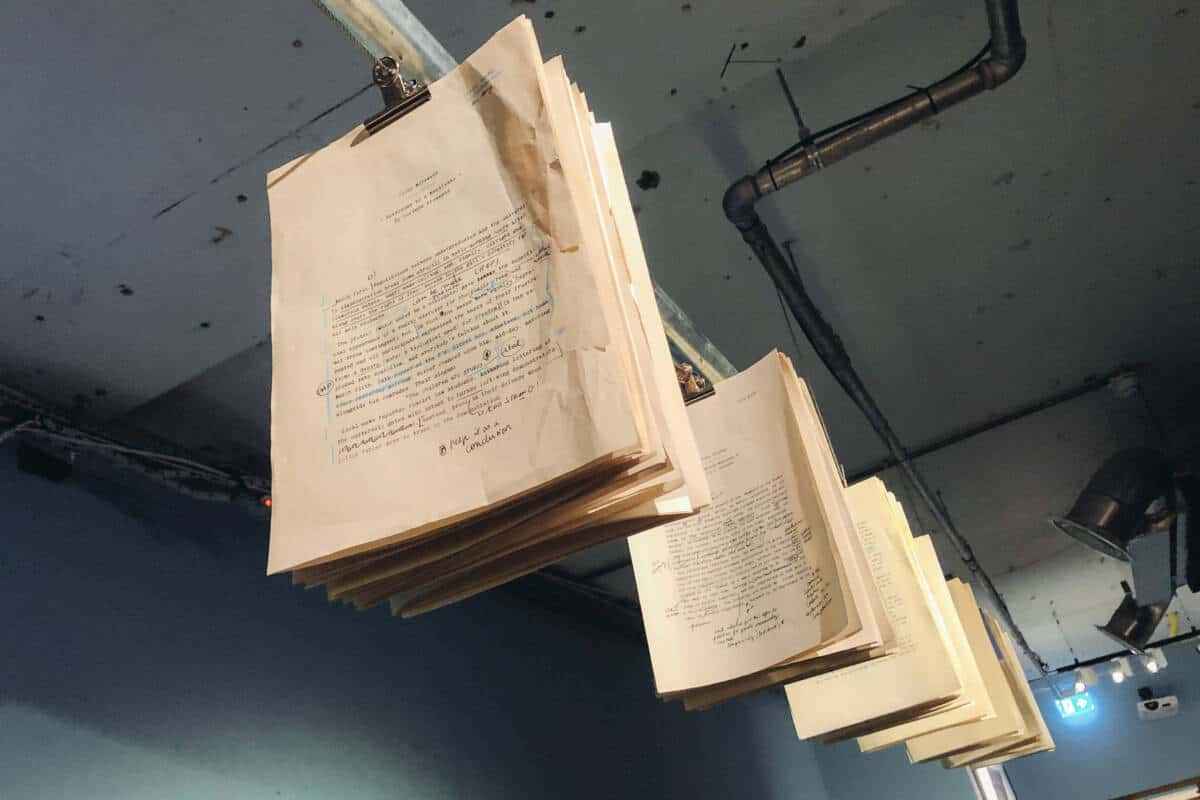 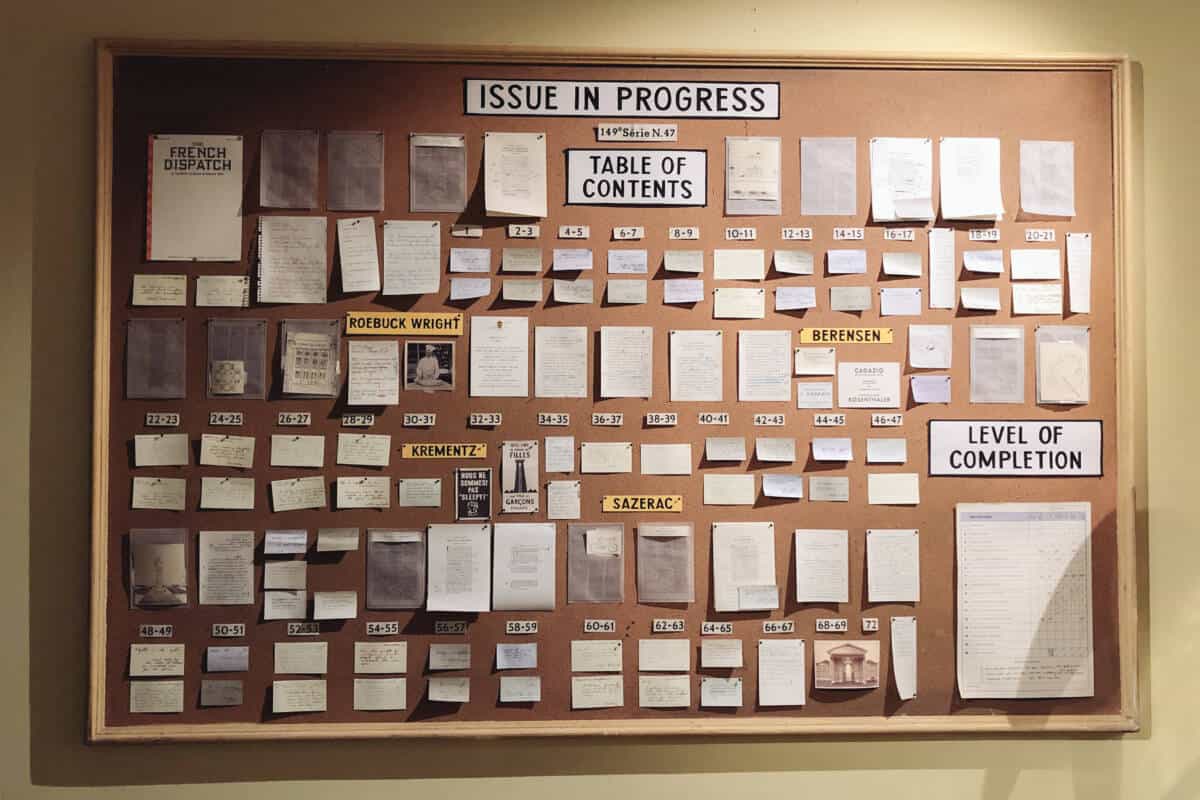 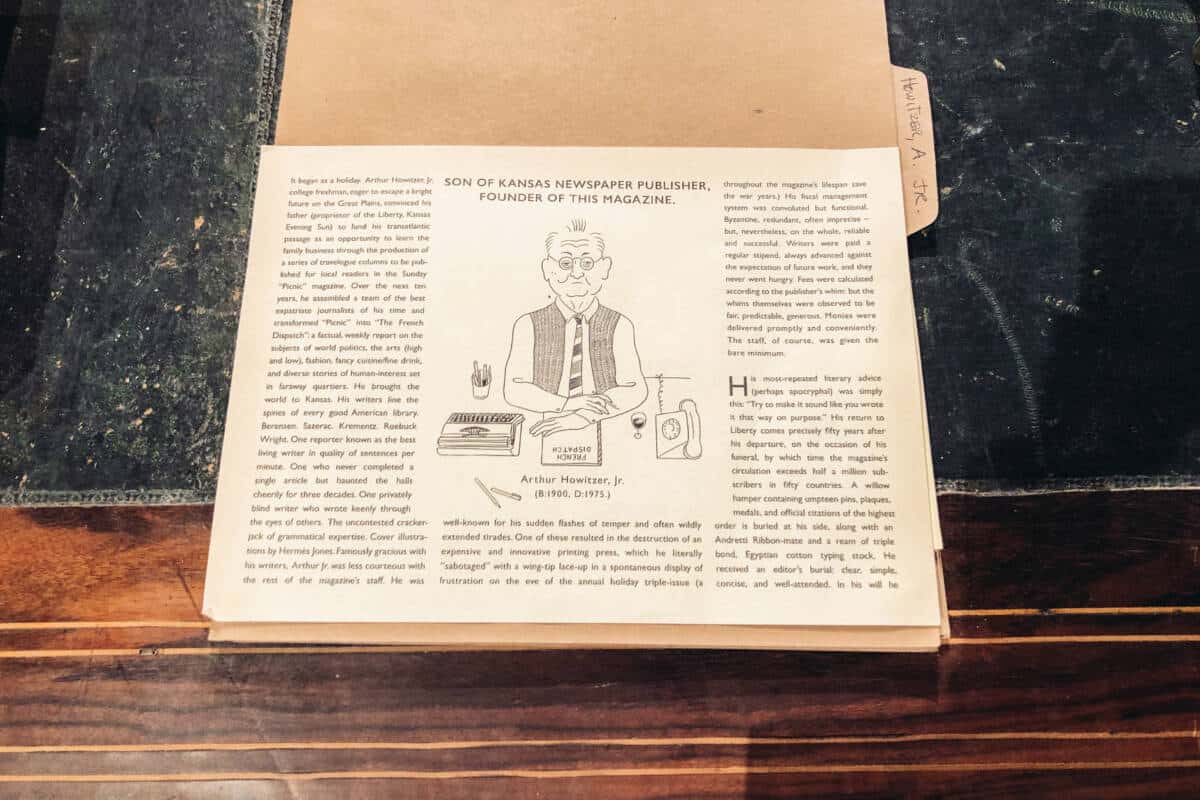 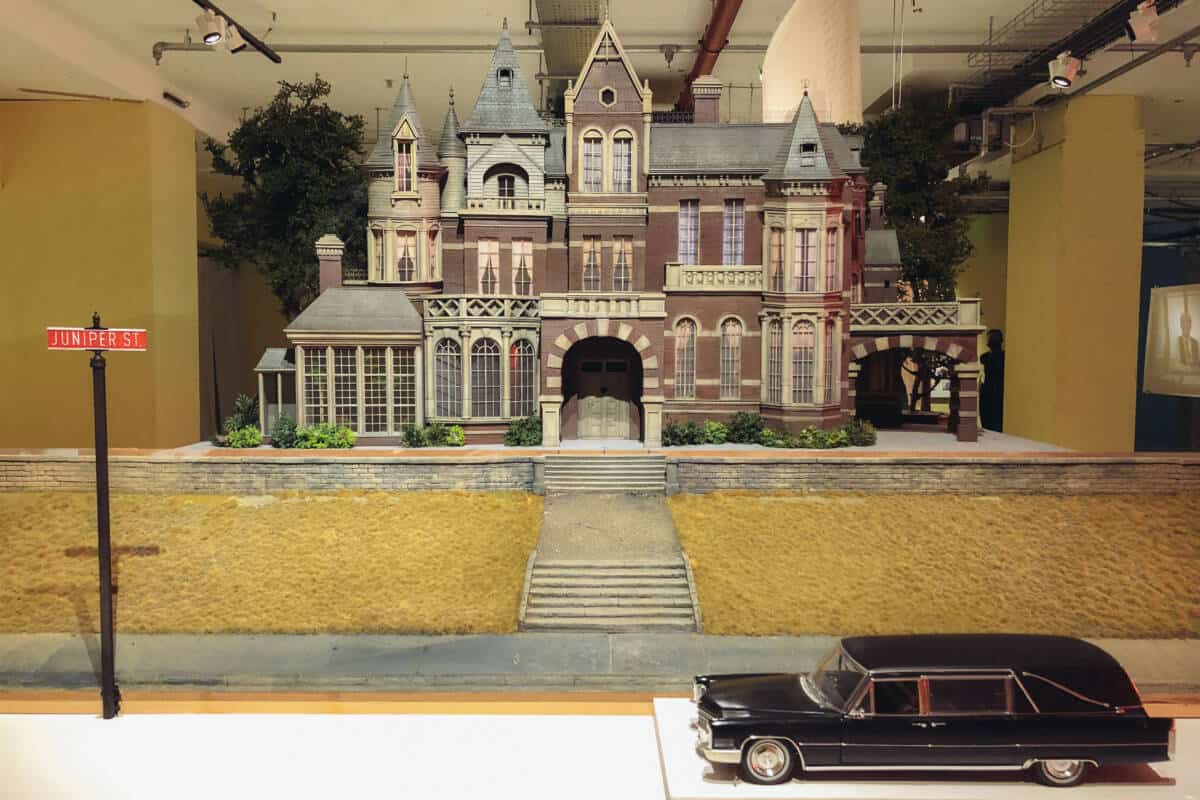 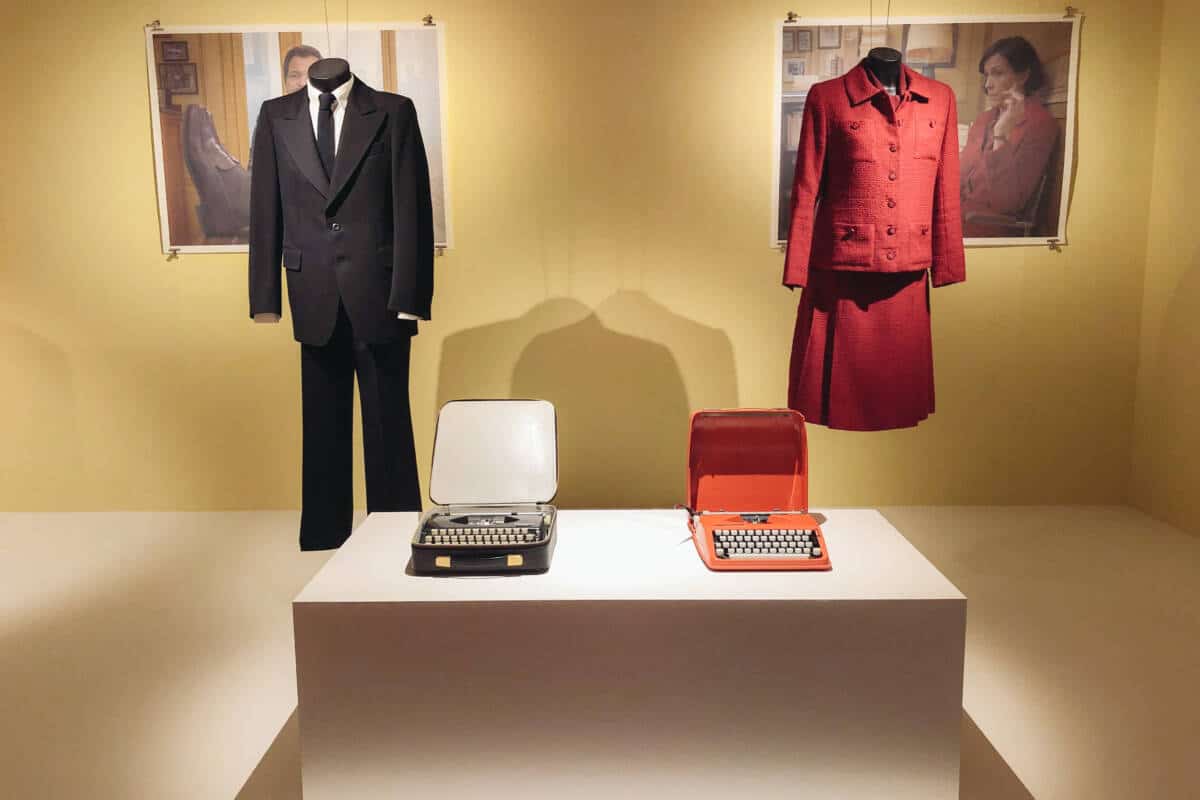 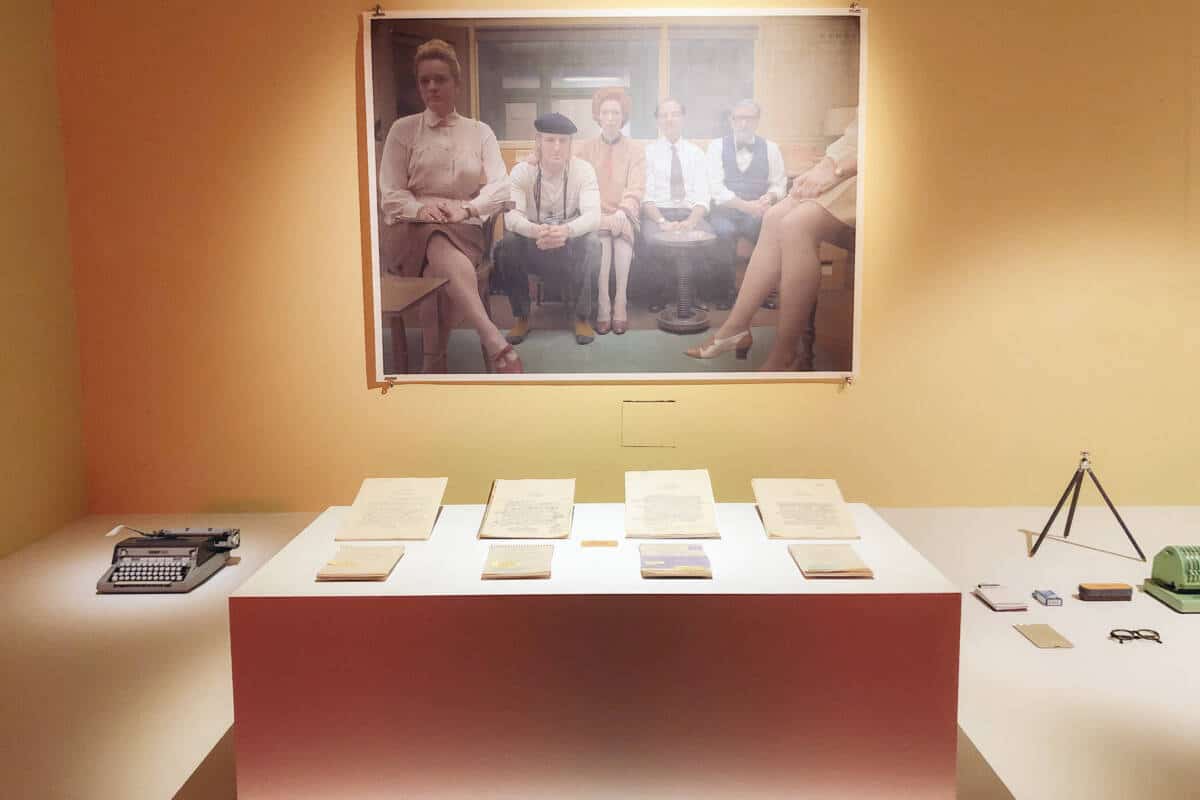 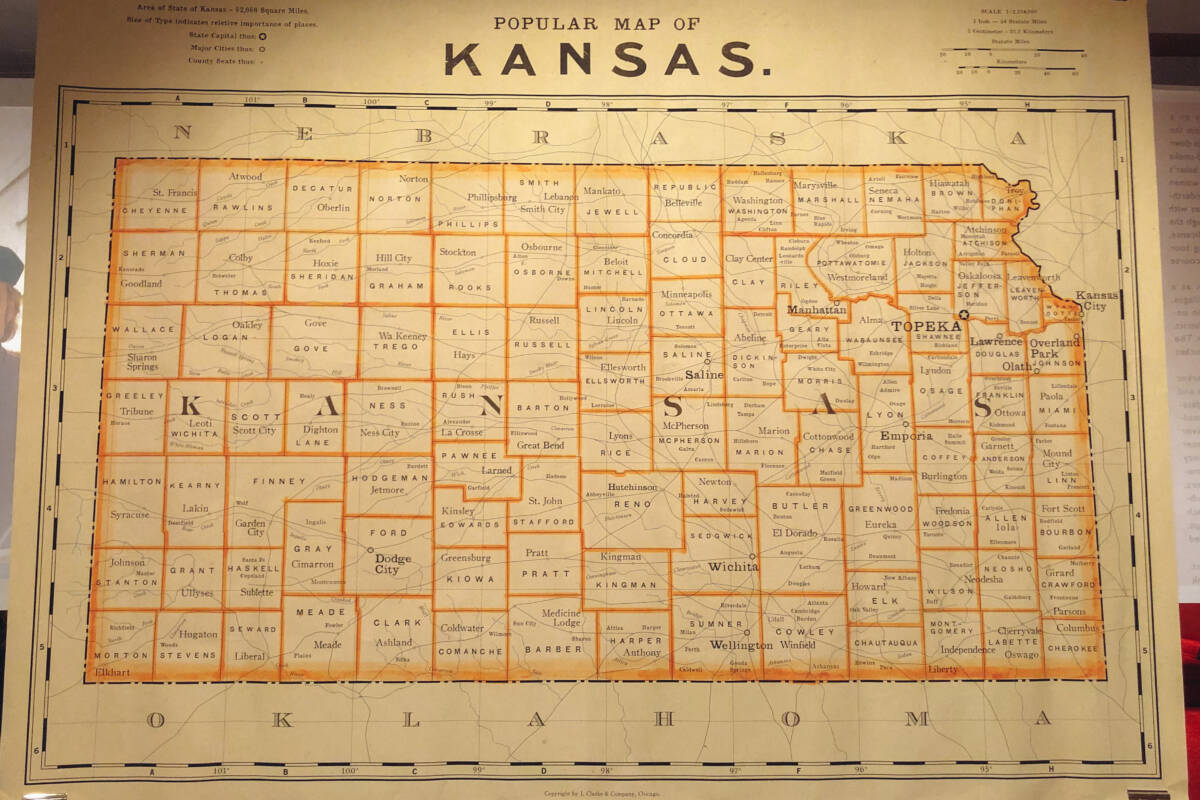 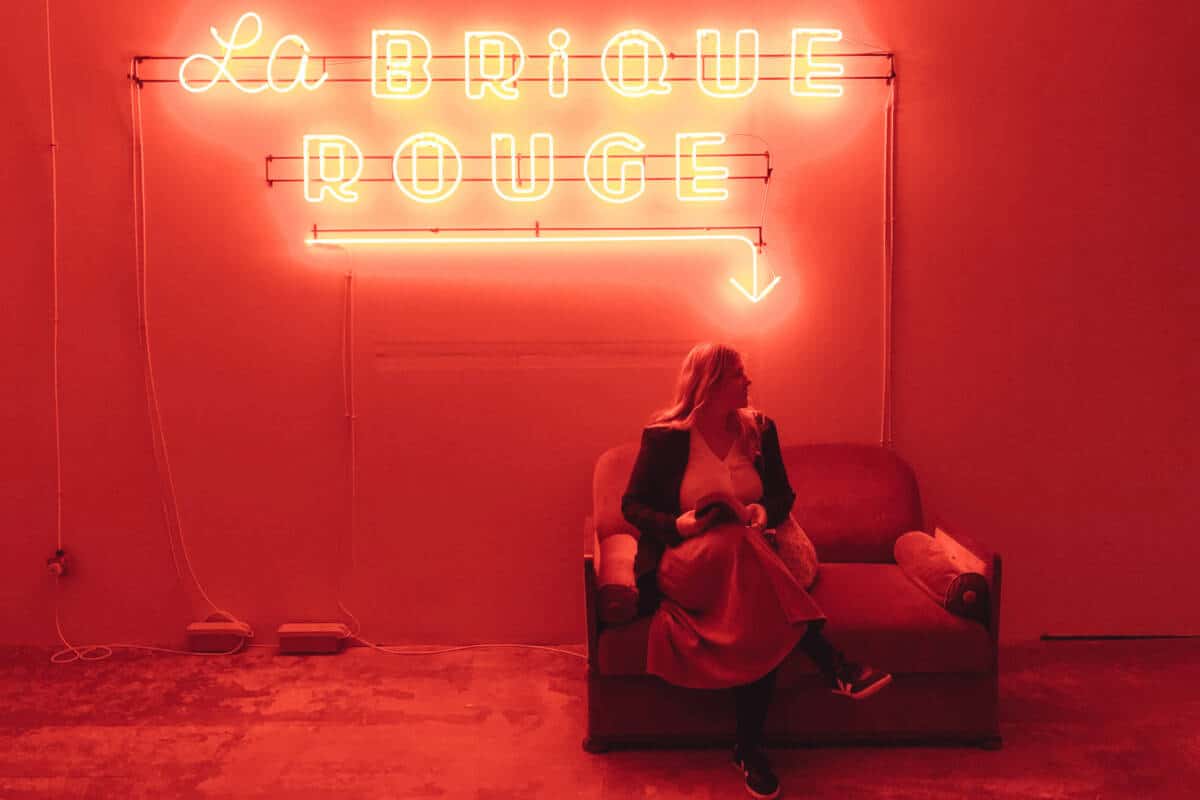 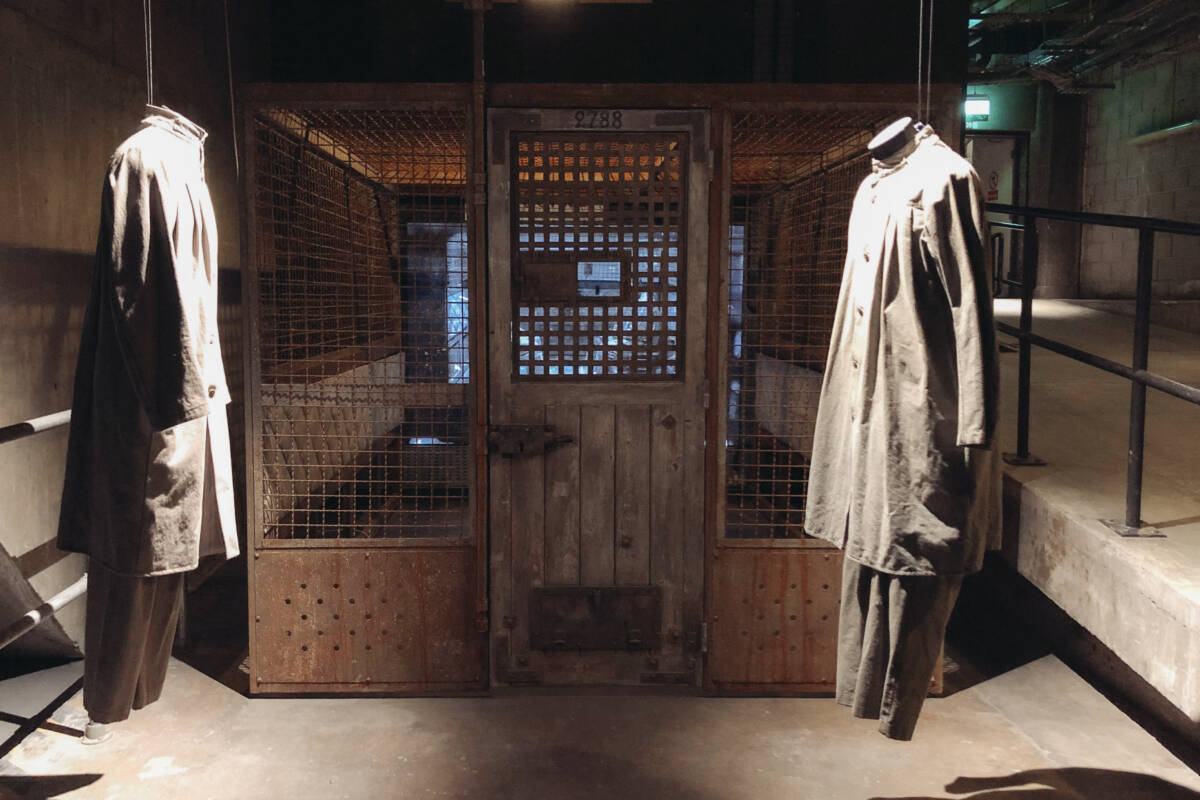 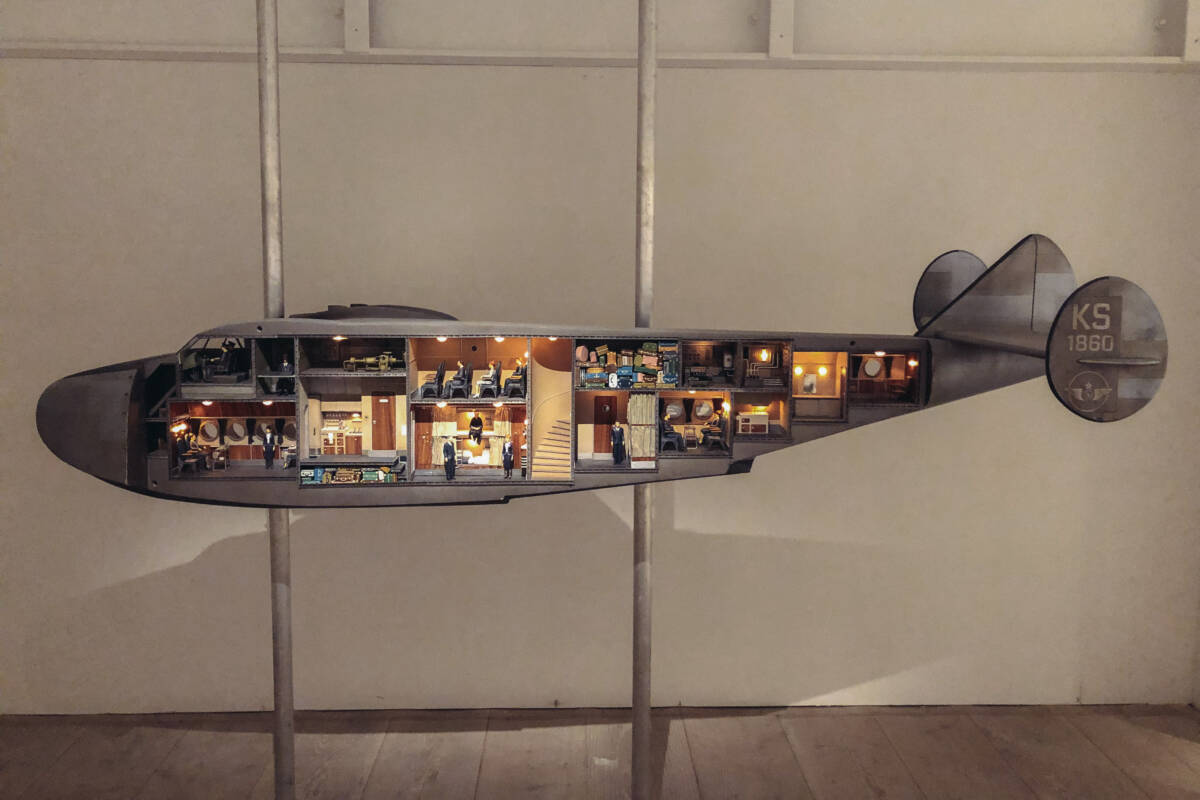 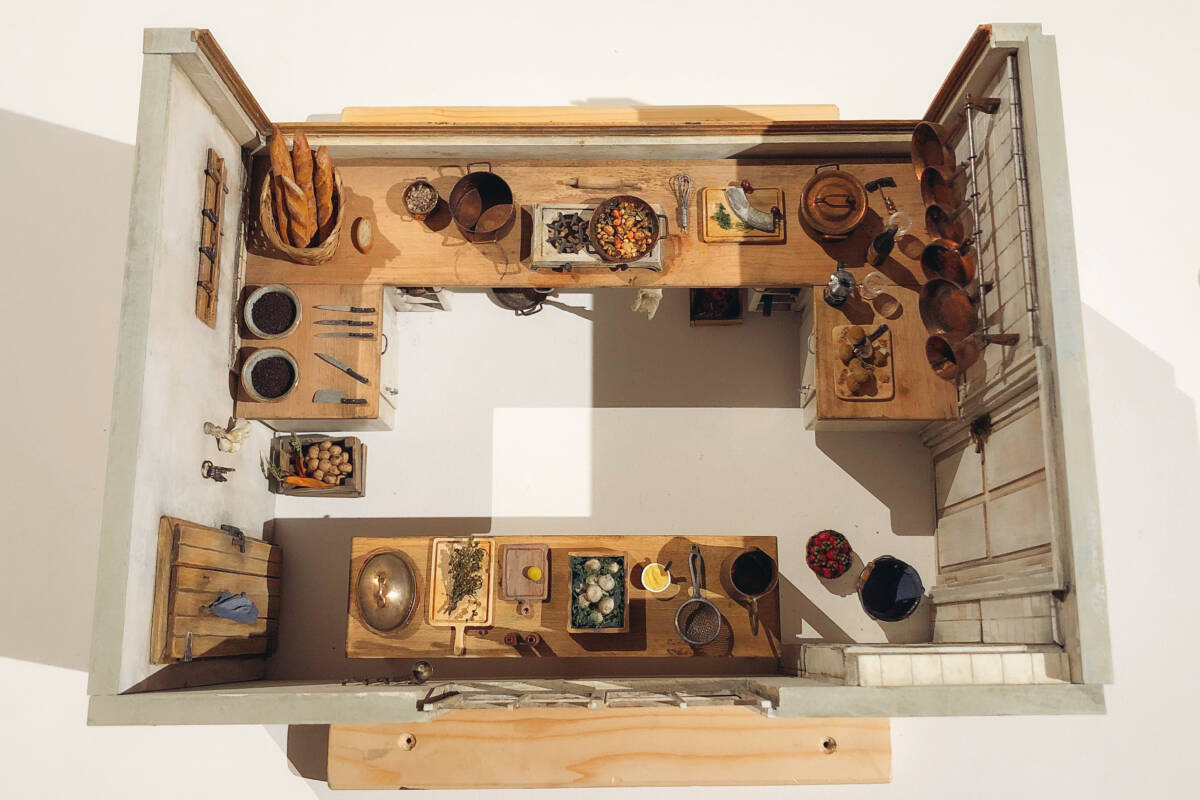 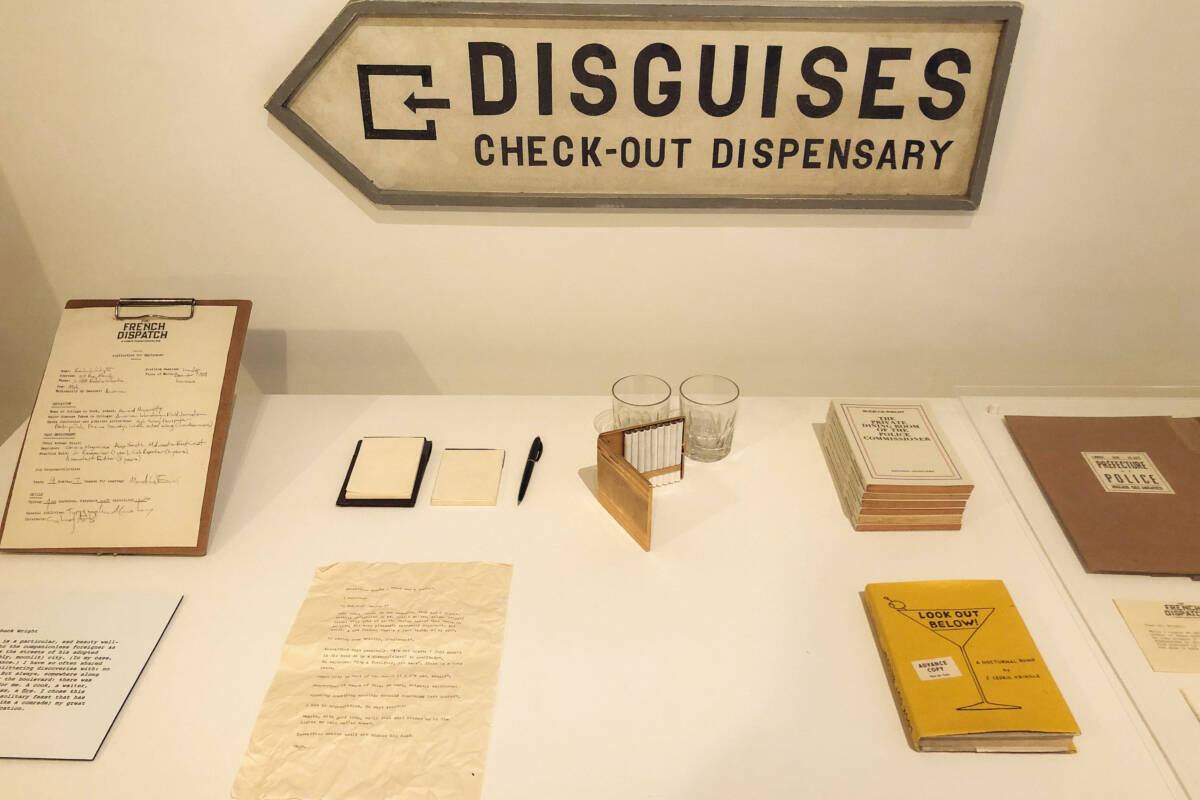 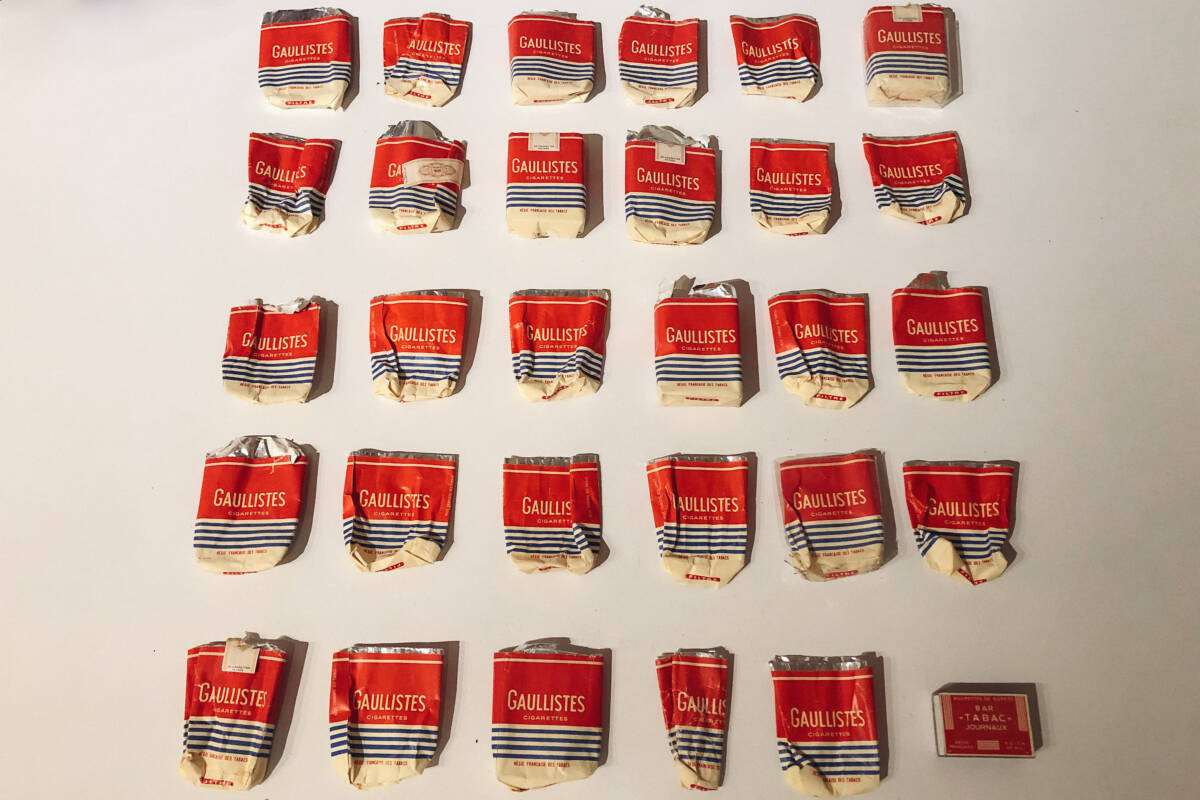 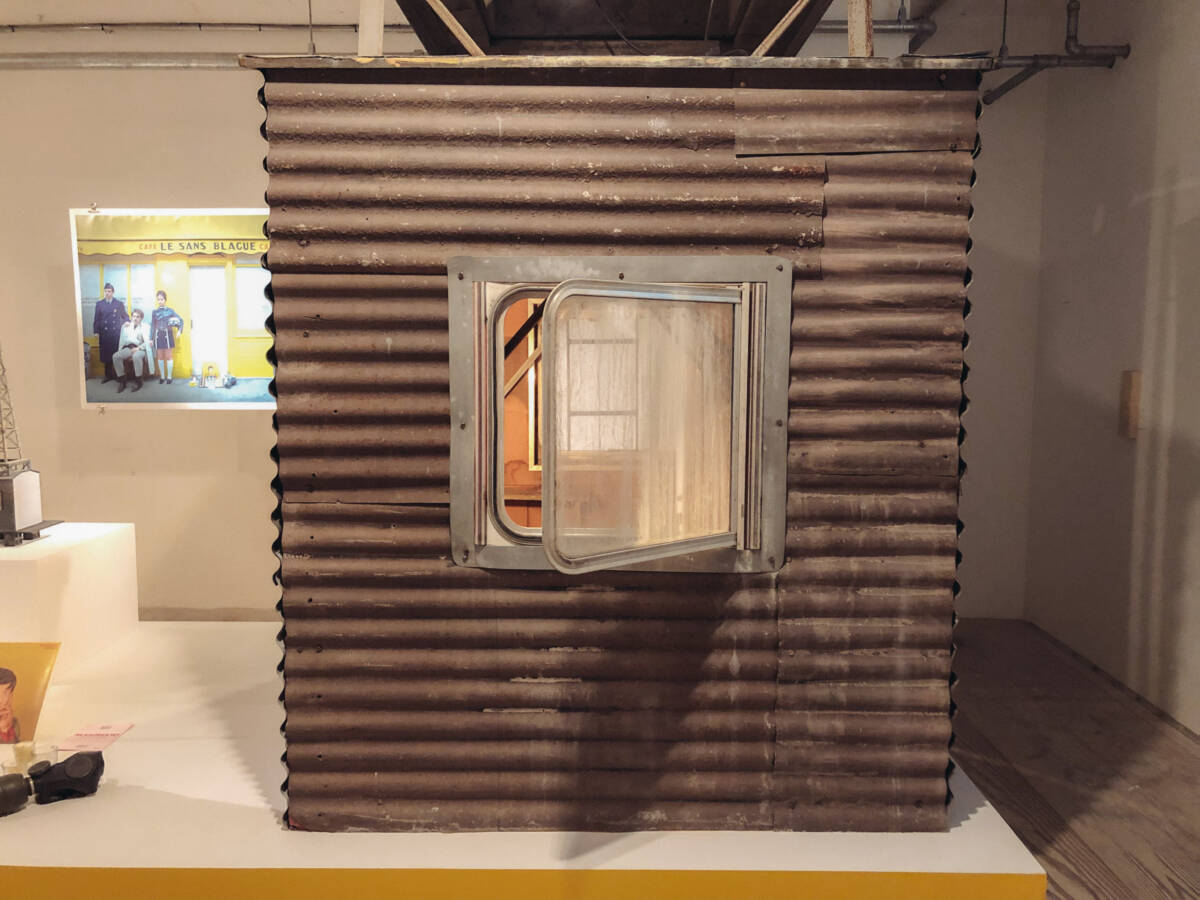 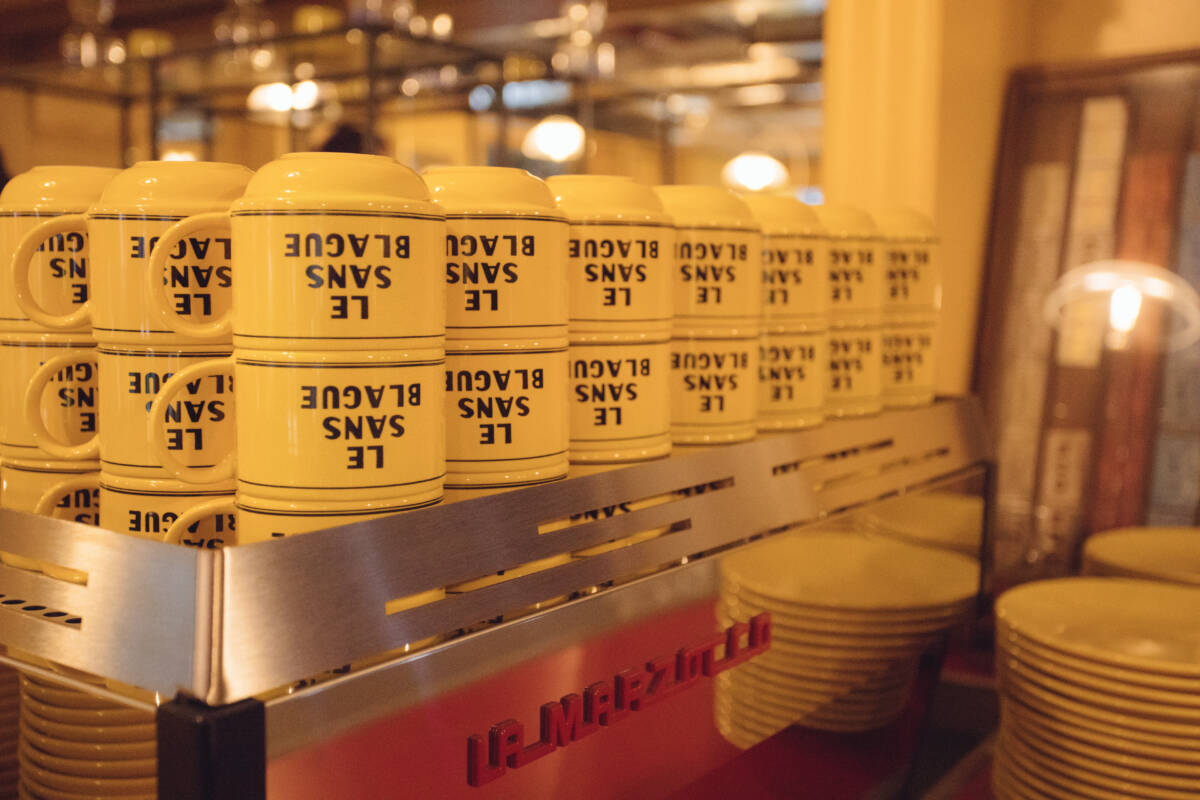 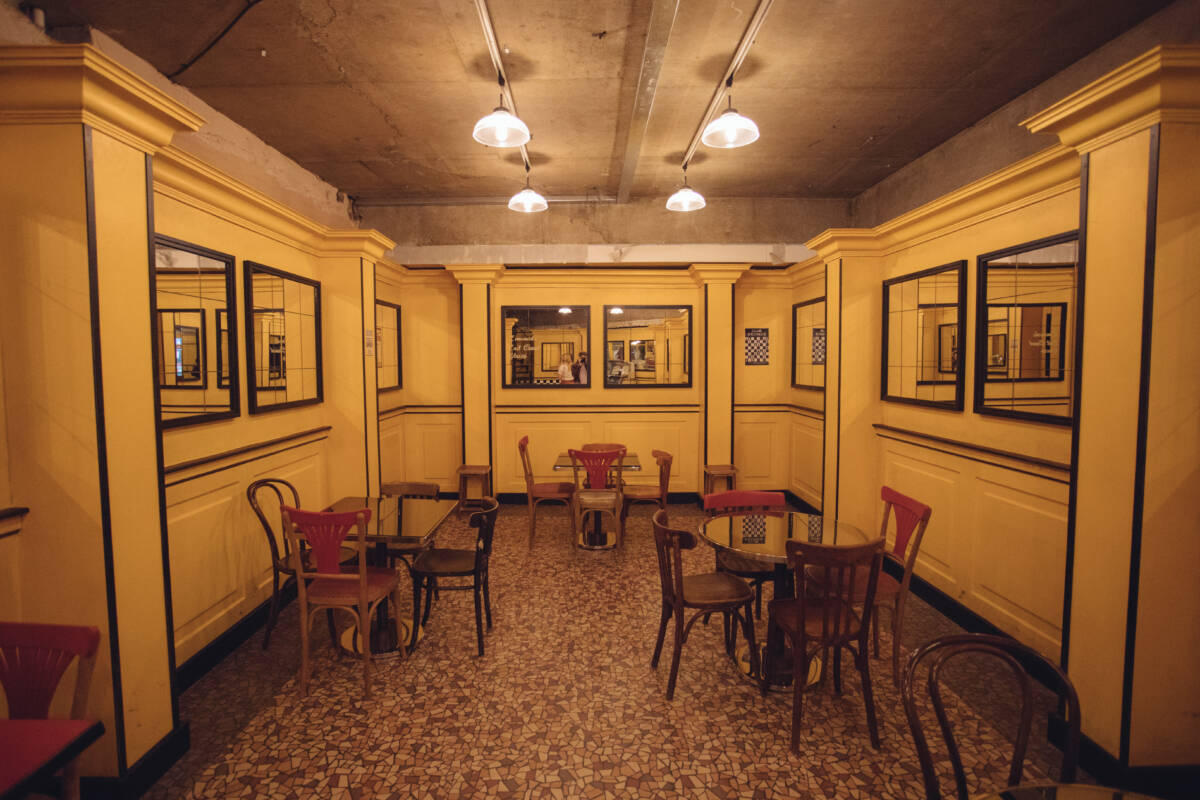 At the end of the exhibition there is a recreation of the film’s yellow café, “Le Sans Blague”, where you can upload what you just saw to your socials while enjoying your coffee, croissant or eclair. 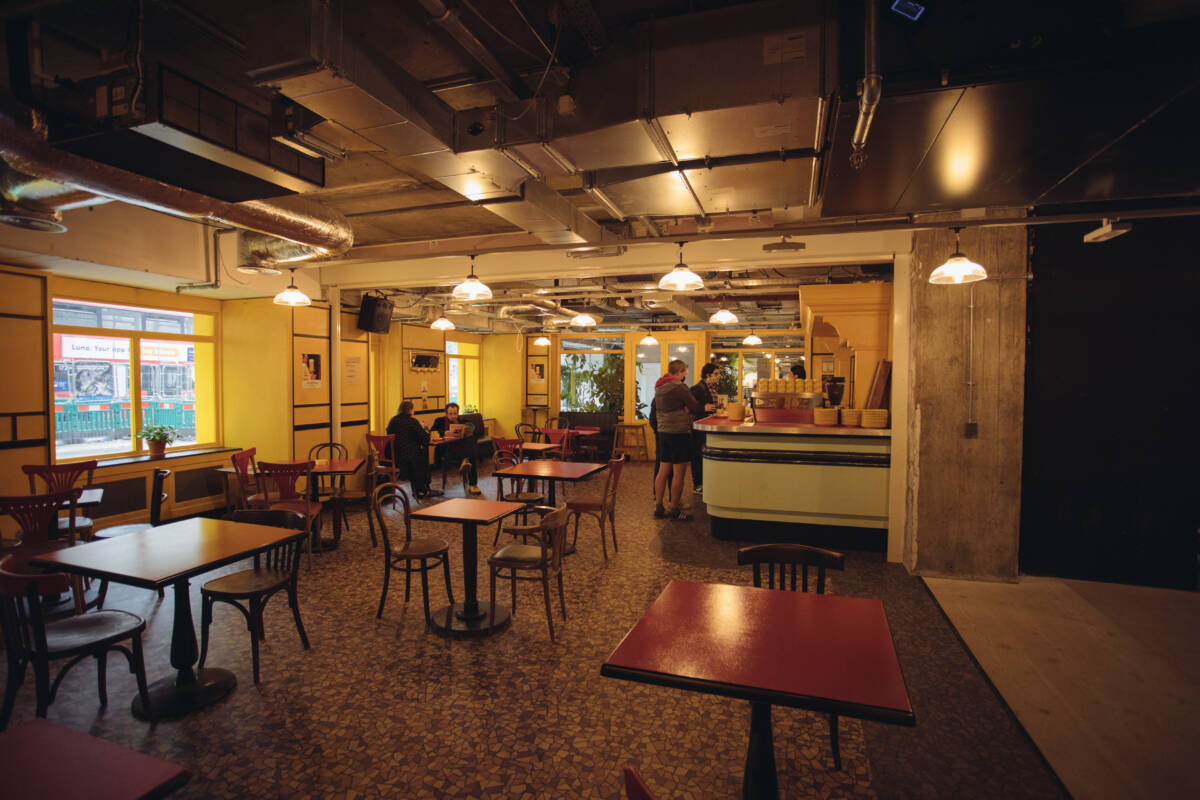 The French Dispatch exhibition runs until 14th November 2021. Tickets cost £10 and need to be booked ahead – and yes which in my opinion is just a bit too much considering it’s marketing for the film, but come on … we’ll go anyway. 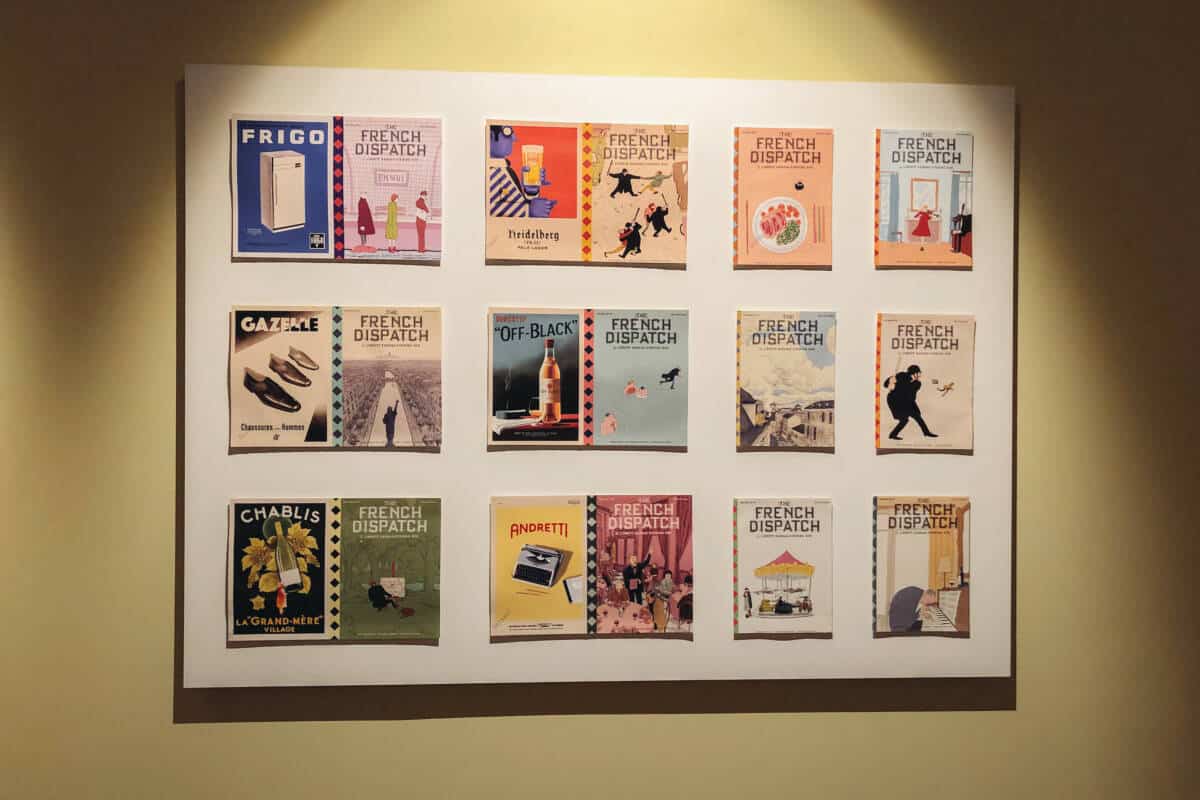 Don’t forget:
You’re only allowed to take photos with your phone, so leave your camera at home
The entrance to the exhibition is on Surrey Street, a side street off The Strand.
They recommend not getting there more than 15 minutes before your allocated slot.