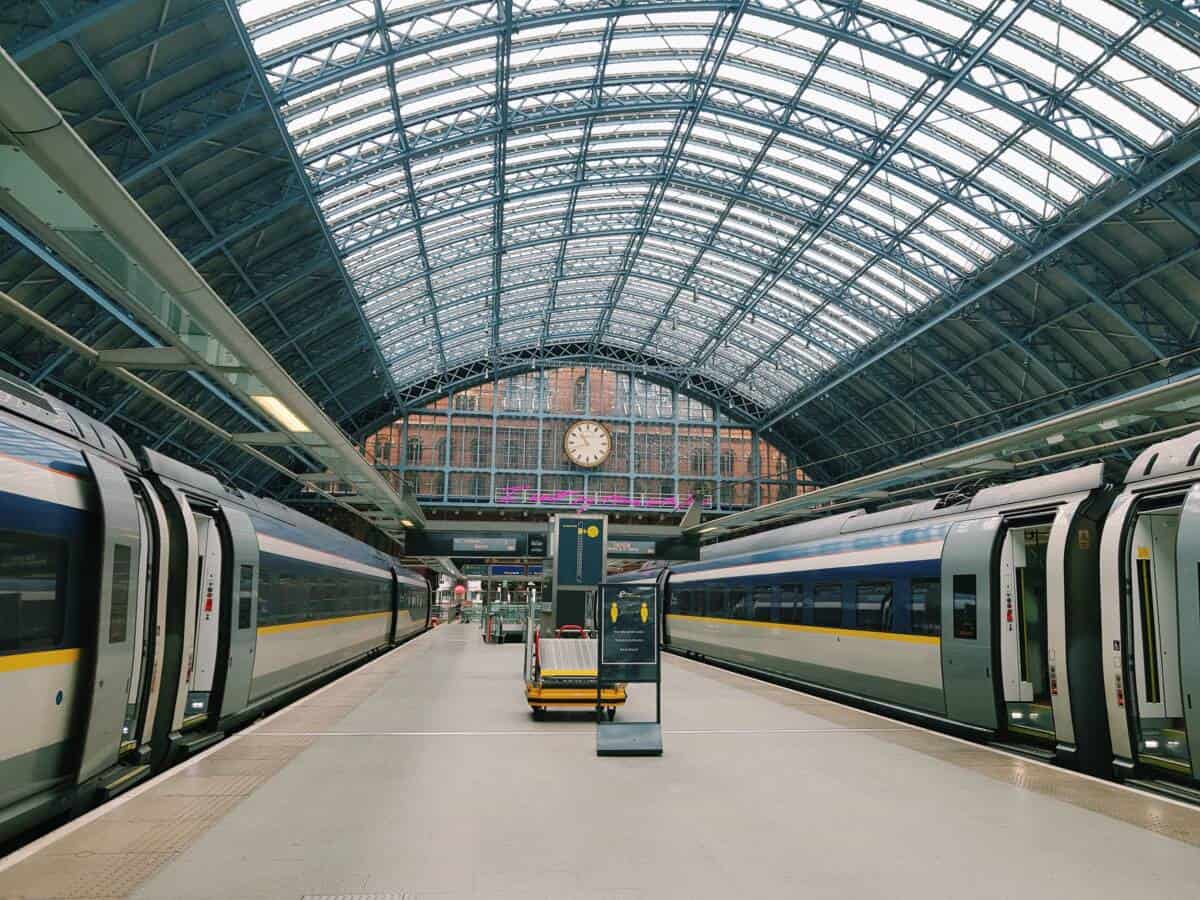 Earlier this year, I wrote about how my attempts to travel greener went in 2019 and then later I talked about how I was planning to save £1300 of my budget to spend on greener travel.

It was going to be a fun experiment, but as you can guess this year had other plans. The trips I did take sure were more responsible though, and here is how I did:

One Day Work Trip To Paris
A one-day work trip that was supposed to take place in the South of France and was going to be a flight. Thankfully the client had to be in Paris for other meetings, so we met in the middle, which worked out great as we could take the Eurostar. It wasn’t that easy and took some convincing, as 2/3 of the team lived near an airport and saw it as more convenient. I don’t remember if it was the ticket prices, inconvenient times or my insisting, but we went to Paris by train!

In Paris we made use of the metro and picked up lunch at a local place. But just like last year. my pitfall was plastic when getting coffee in a to-go cup – as I forgot my Keepcup – and a bottle of plastic water – because I couldn’t find anywhere to refill my water bottle.

Weekend Trip To York
I went by train and walked everywhere. In York, I spend big bucks on visiting local attractions, and independent restaurants and coffee places. I also fully made use of my KeepCup and refill spots for my water bottle.

What did go wrong is that I stayed at a hotel that is part of a wider hotel group, something that I wanted to avoid, but it really wasn’t obvious and not something I knew until checking for this post.

A Visit To The Netherlands
I took the good old Eurostar to and from Rotterdam. During my stay I made use of the car, bus, train and bike! Me and my puffed-up dress even biked to a wedding. I think that’s one of the most Dutch things I’ve ever done.

When I didn’t stay at home or with friends I stayed at a family run accommodation for two nights. The place was a converted barn surrounded by corn fields on one side and cows on the other. I ate and drank at local places and only visited a chain once.

But not all went well: I bought a water bottle because I was afraid I wouldn’t be able to refill my water bottle. And I used plastic cups when getting drinks because reusable cups aren’t part of keeping safe during COVID.

All in all I did ok! I’m a bit frustrated that I didn’t double-check that the hotel in York was independent. If I’m allowed to travel next year I want to pay extra attention to staying in greener places.

How were your green goals this year?