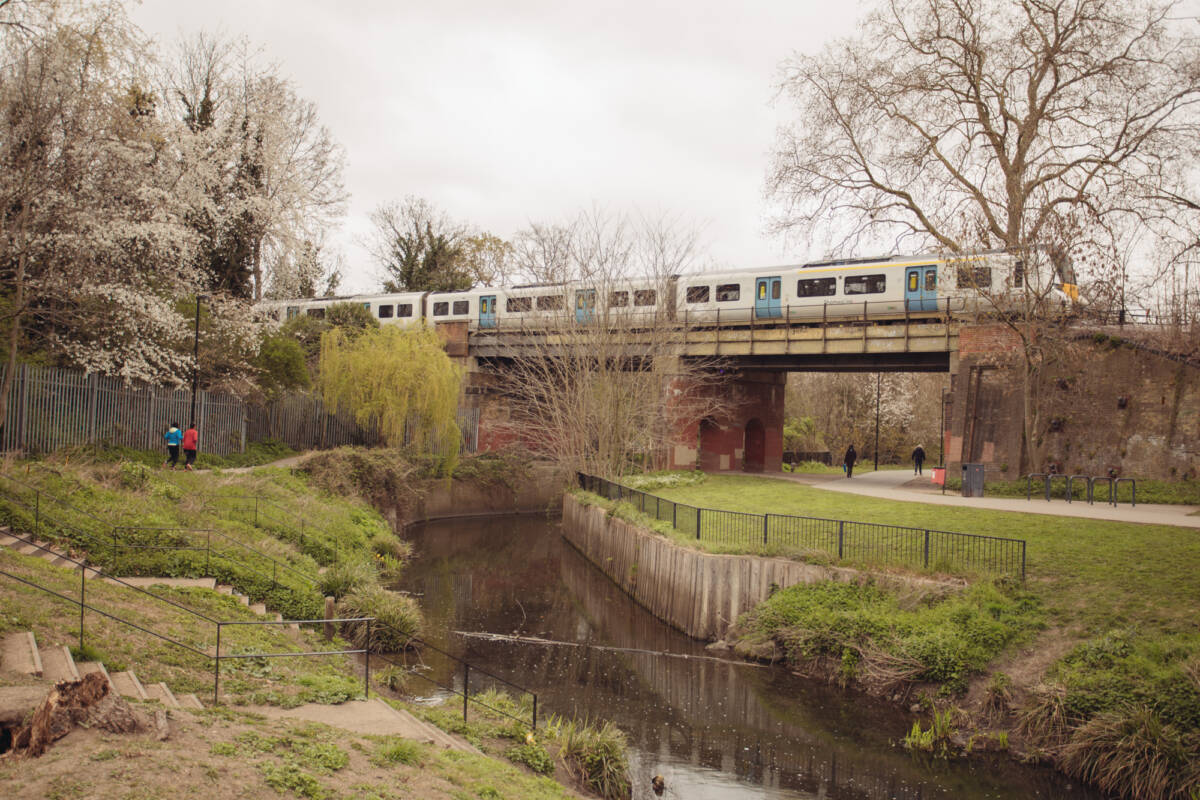 While there’s a lot of nice walking routes that are accessible by public transport, ones that you can get to on just one train are rather scarce from my station. In previous years, I’ve walked most of the sections of the Green Chain Route in South East London, so with those out of the way, I’ve started to look further afield, on areas between the Blackfriars and Sevenoaks Thameslink/Southeastern Train Line, which runs from central London south-east out towards Kent.

So far I’ve been to several areas along the Blackfriars-Sevenoaks line and am hoping to get to explore more especially next spring, when the paths are drier, there’s a little more sun and the trees have leaves again.

Walks in Knole Park in Sevenoaks

It’s not just South West London’s parks that have the monopoly on deer herds, there’s also quite a few to the South East. In almost every corner of Knole Park you’ll find those cute, fluffy beasts. There are three walking routes you can take around the estate.

If you want to do something else besides walking, why not visit Knole House? The country house and former archbishop’s palace is apparently one of the top five of England’s largest houses and is filled with opulent art, furniture and general grandeur.

From Sevenoaks Station it’s a 15 / 20 minutes walk to the park. The quaint little alleys of Sevenoaks High Street are also worth a wander.

Best time for a walk: Most of the trails are on concrete so you can even go when it has rained and you want to avoid mud. Overall, I imagine Knole Park is at its best in Spring and Autumn. 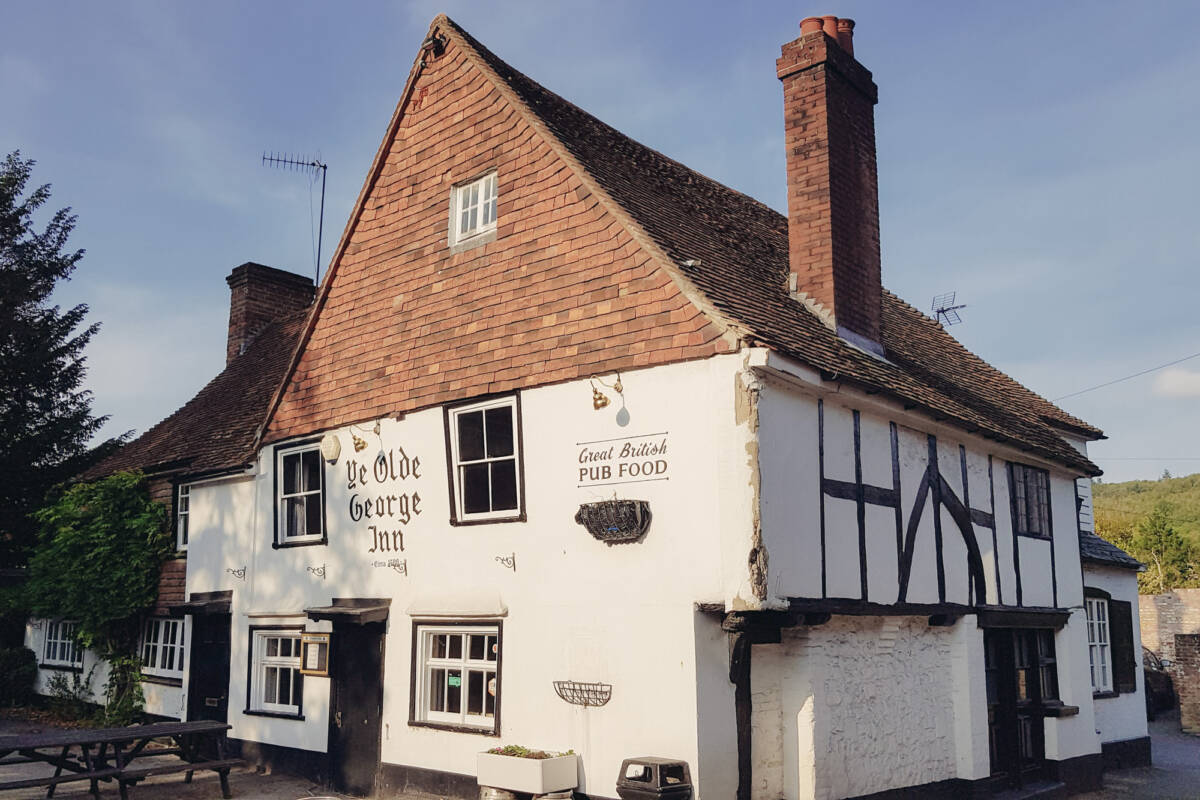 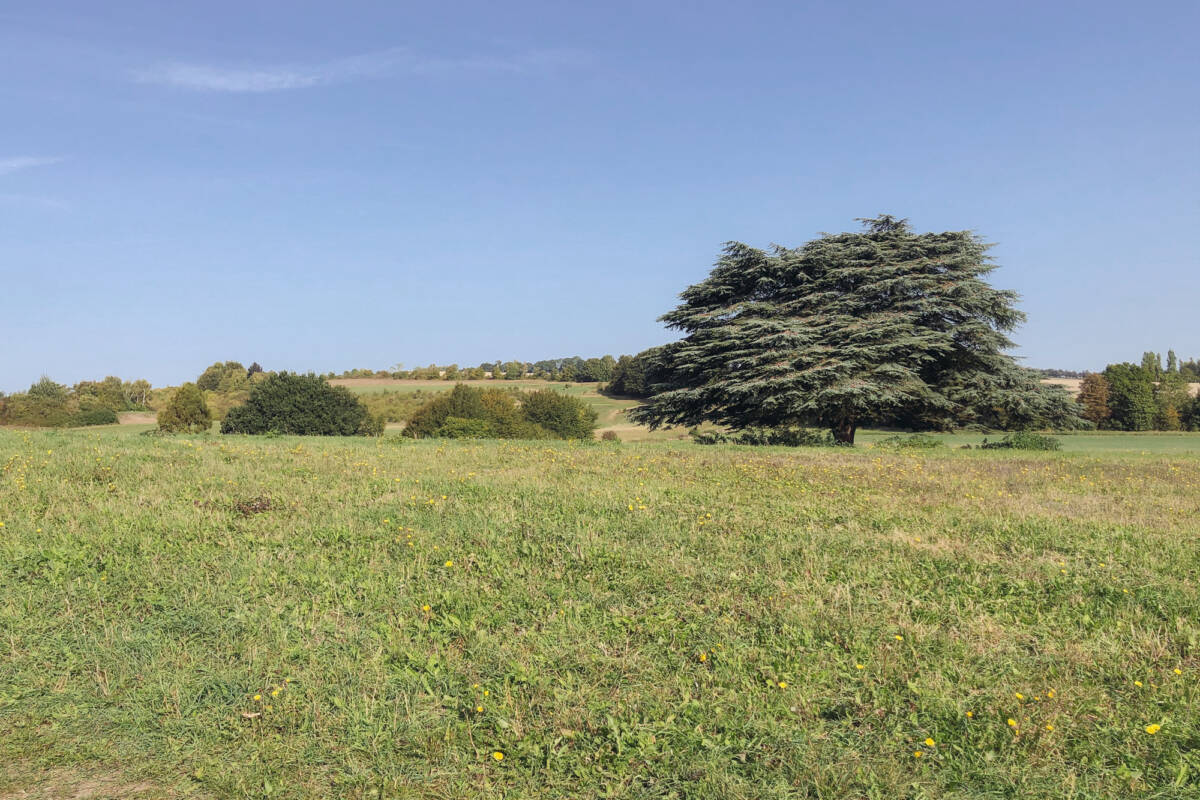 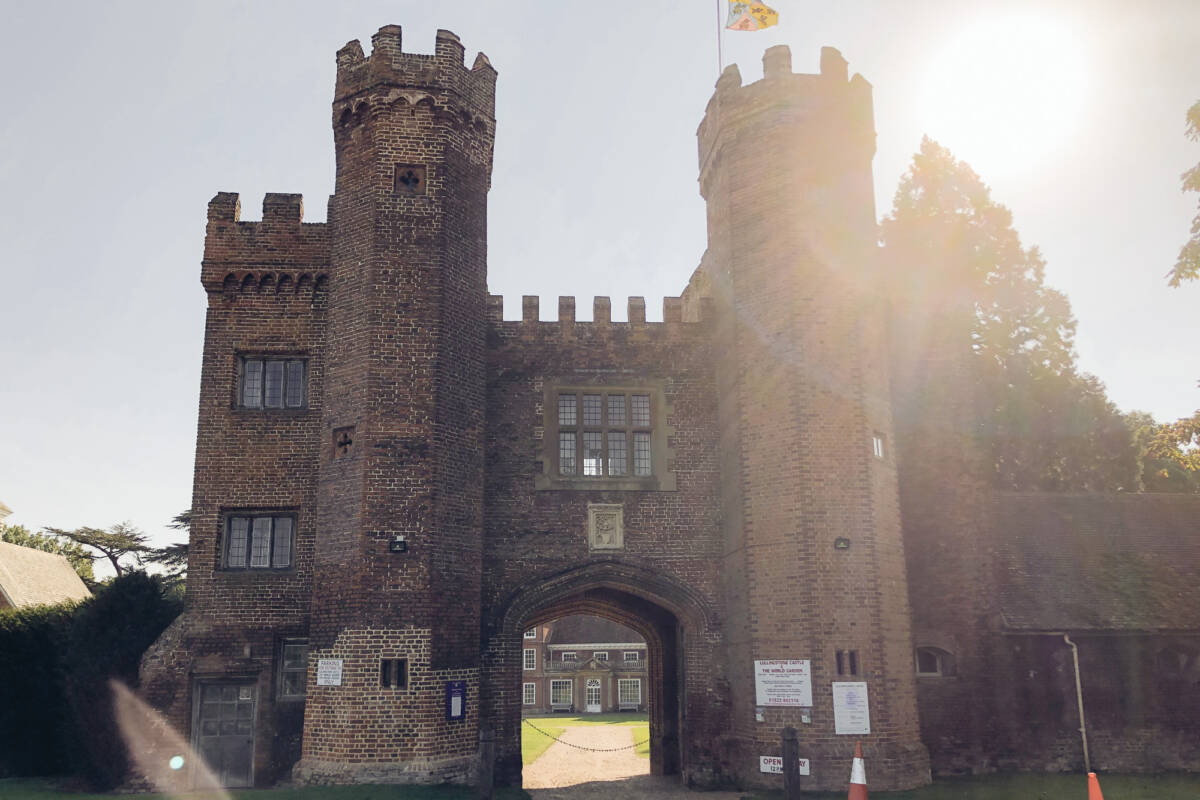 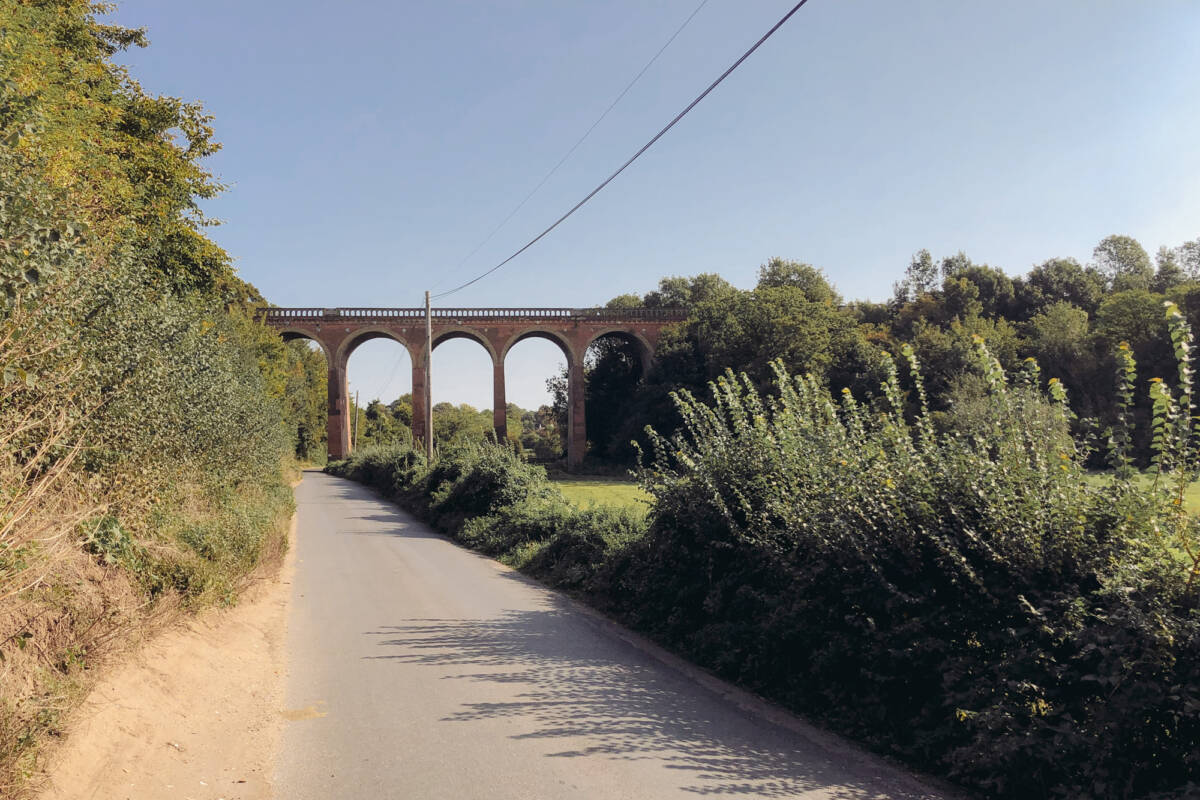 Shoreham to Otford – or vice versa – is perfect for a bit of meandering. Not far from London, but it does give you the feeling of being in the countryside. It has hills, cottages and lots of dogs. You can also make a stop at the Hop Farm year-round for some fresh produce and cute little gifts. In summer, you’ll find a famous lavender field here and in autumn you can pick apples in a special orchard. Speaking of fruit, there’s also lots of blackberry bushes along the way. You can also visit the historic Lullingstone Castle & Gardens, the even older Lullingstone Roman Villa and gaze in awe at the rather incredible Eynsford Viaduct. 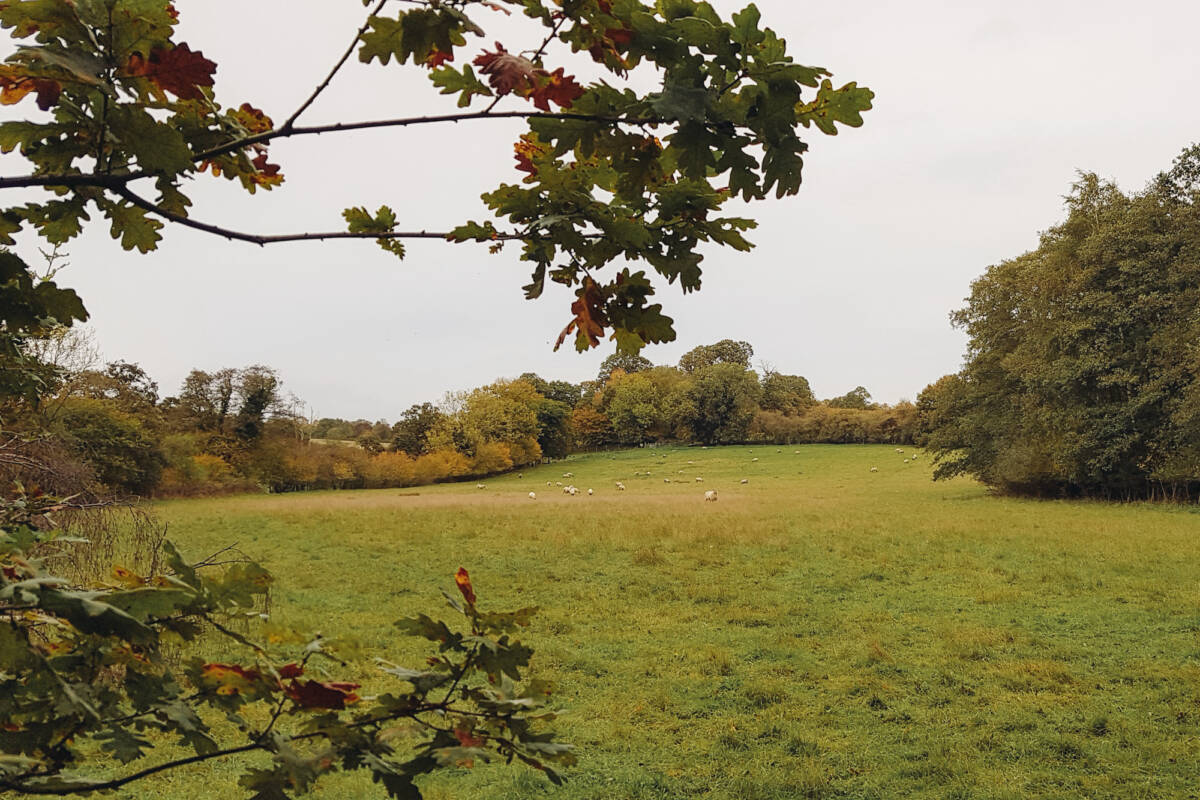 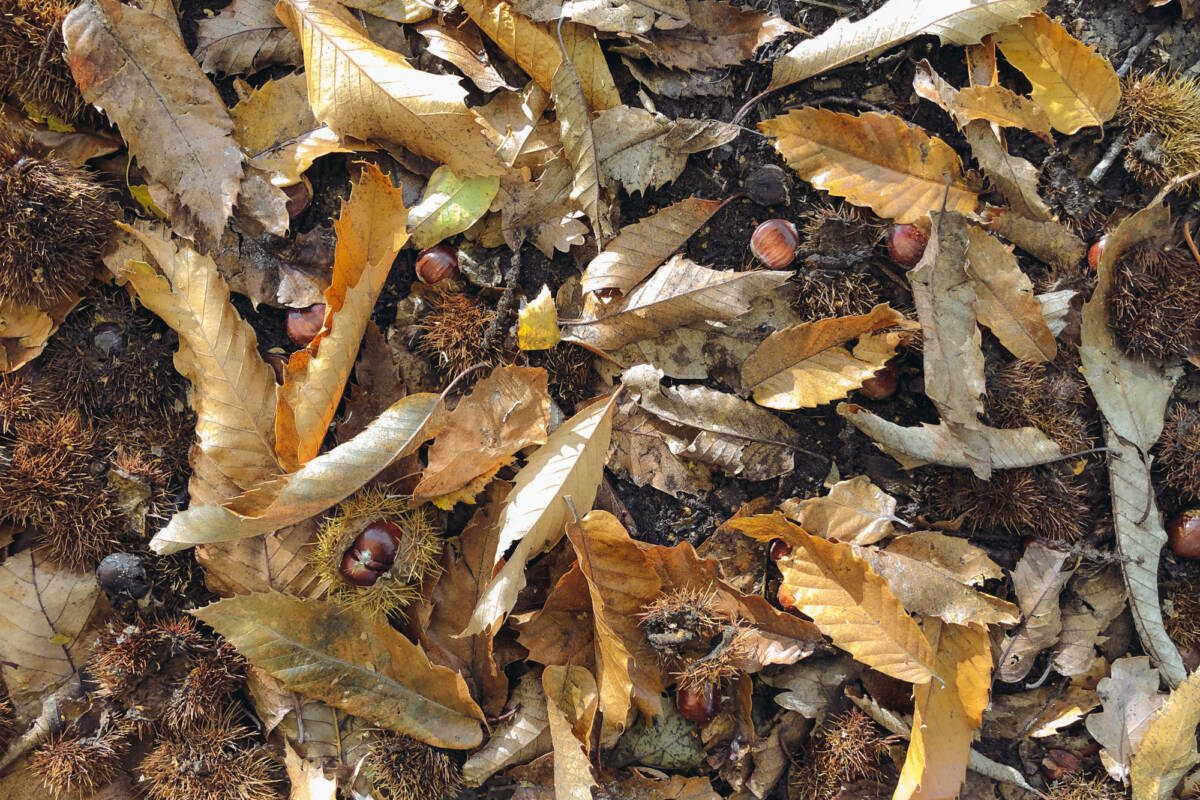 A Walk Around Petts Wood and Hawkwood – Kent Walks Near London

You can’t go wrong with taking a stroll through the varied landscape of Petts Wood and Hawkwood, with heather, farmland and woodland all on offer. And the best thing is that all of this can be found just in Zone 5! In late summer you can enjoy the heather in bloom, while later in autumn you return to see the colours change. And most importantly, in October and November, you’ll find chestnuts, lots of chestnuts! What’s nice is that it’s not too busy, so you can get a bit lost!

Trainstop: St. Mary Cray or Bickley (or Petts Wood on another line)

I’m going to be honest here and tell you that this walk to reach this place is not interesting at all, you’ll spend most of the 30 minutes along the motorway and it might be much easier to go here if you have a car. But if you are one of those people that doesn’t have a driving license then this is one of the easiest PYO farms in the South East that you can go to.

Best time for a walk: June – August if you want to pick strawberries, August for sunflowers, October if you want to explore the pumpkin patch. Best bet is to keep an eye on Stanhill’s calendar.

The Three Commons Walk takes you through Bromley’s three commons: West Wickham Common, Keston Common and Hayes Common. This is one of the most diverse walks on this train line and I recommend not to do this one first as all of the others will just seem dull in comparison. On this circular walk, you follow the Ravensbourne River and come across various scenic woodlands, ponds and wildlife, and, most importantly, a lot of dogs. The tranquil Keston Ponds to the far south was one of my favourite green walk discoveries in ages.

From Hayes, you can get the train back to London.

Best time for a walk: Summer and Spring, perhaps early weeks of Autumn … ideally not when it has rained a bit as the trail can get muddy. 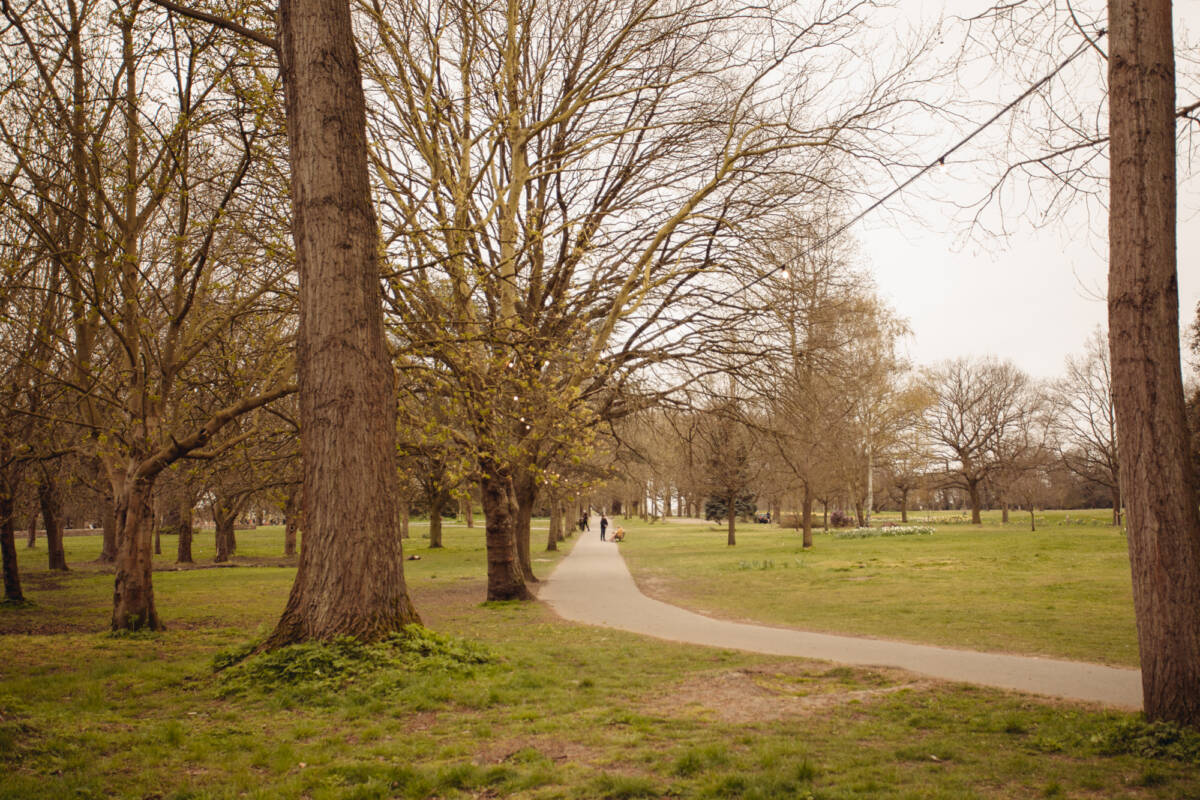 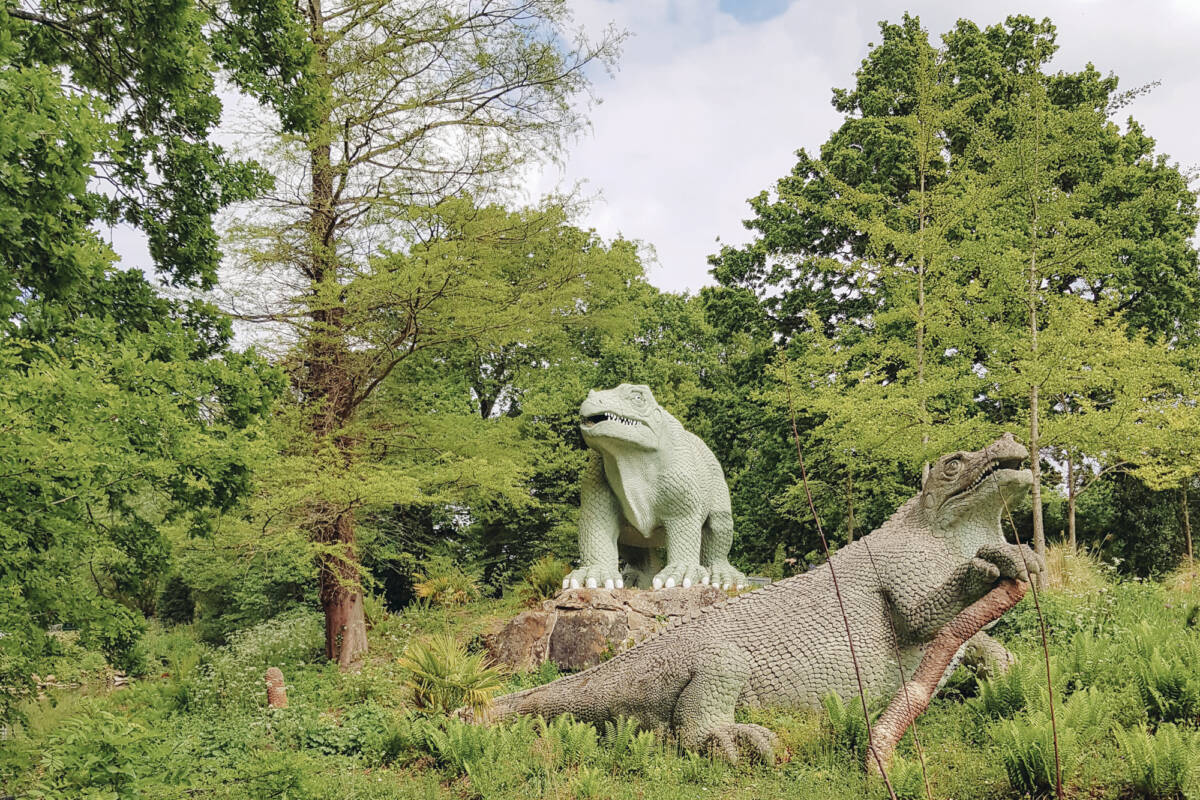 You can take a walk around Beckenham Place Park, have a drink at the park café or take a peek inside the grand Beckenham Place Mansion. And when the weather allows, perhaps even take a dip in the swimming lake.

If you want to extend your outing, add on a walk from Beckenham Place Park to the Crystal Palace section of the Green Chain Walk. This 3.9 miles/6.3 km section takes you from Beckenham Hill Park via Cator Park all the way to Crystal Palace Park – where you can enjoy the collection of 1850s dinosaur sculptures, a challenging maze and the station cafe with the best millionaire’s shortbread in London. And yeah, it might be less green than some of the other sections of the Green Chain, but it’s still nicer than the local parks you’ve over-explored in the last 12 months. 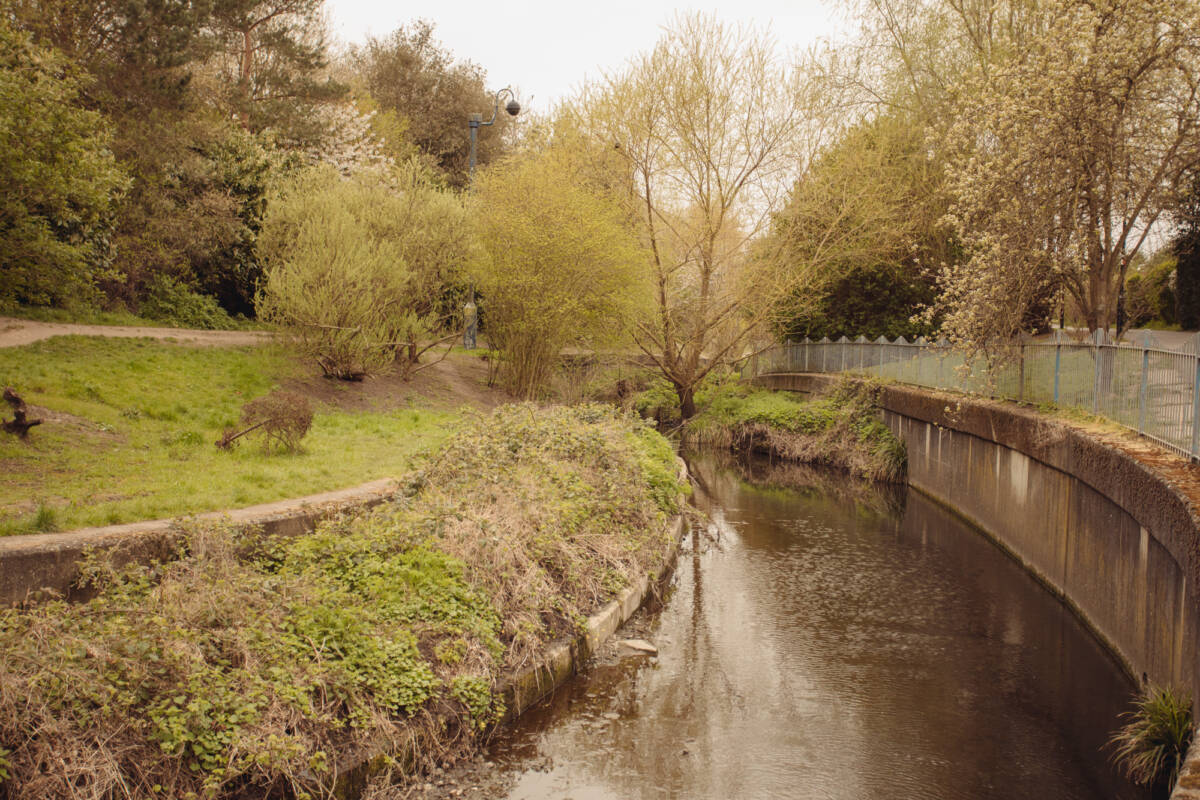 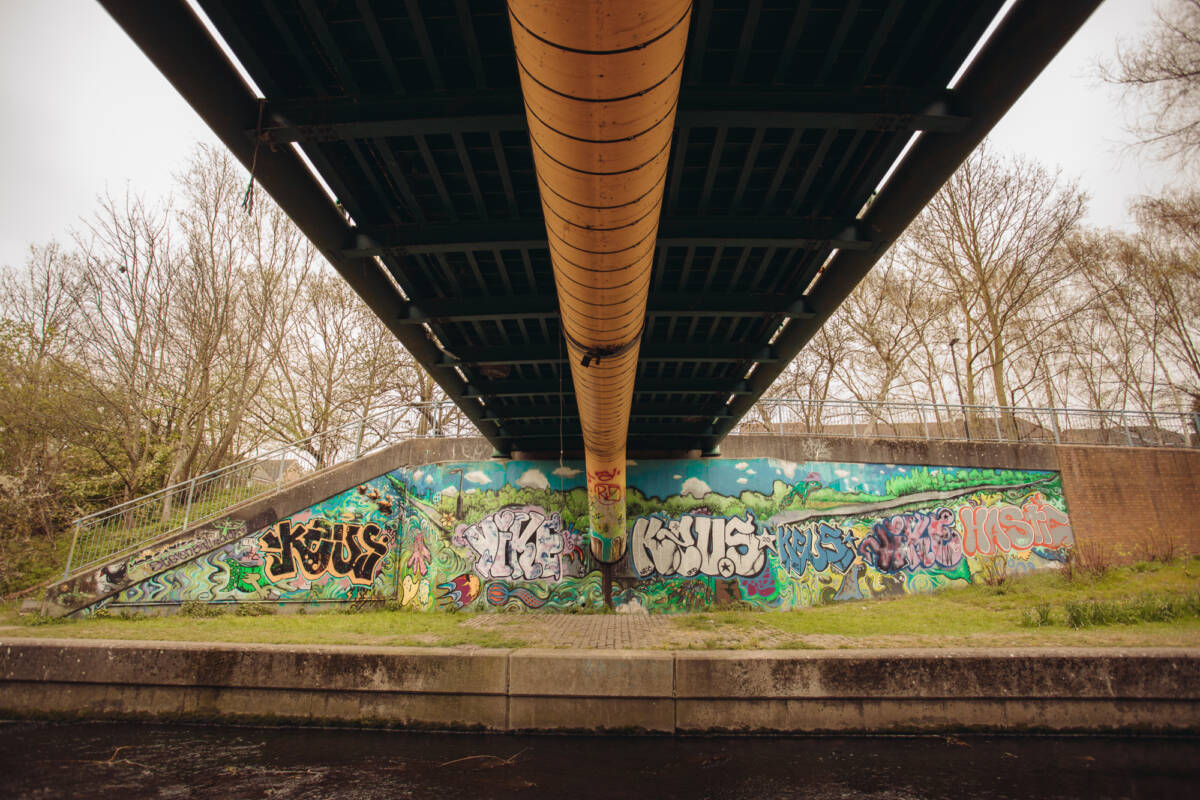 The Waterlink Way winds through 8 miles of parks and green spaces in SE London. If you get off at Crofton Park you can combine it with a walk around Brockwell and Ladywell Cemetery and Hilly Fields before heading down to Ladywell Fields and following the Pool and Ravensbourne rivers south for some stunning views, street art and the riverside. Alternatively, go to Bellingham and explore the whole Waterlink Way section to Greenwich. 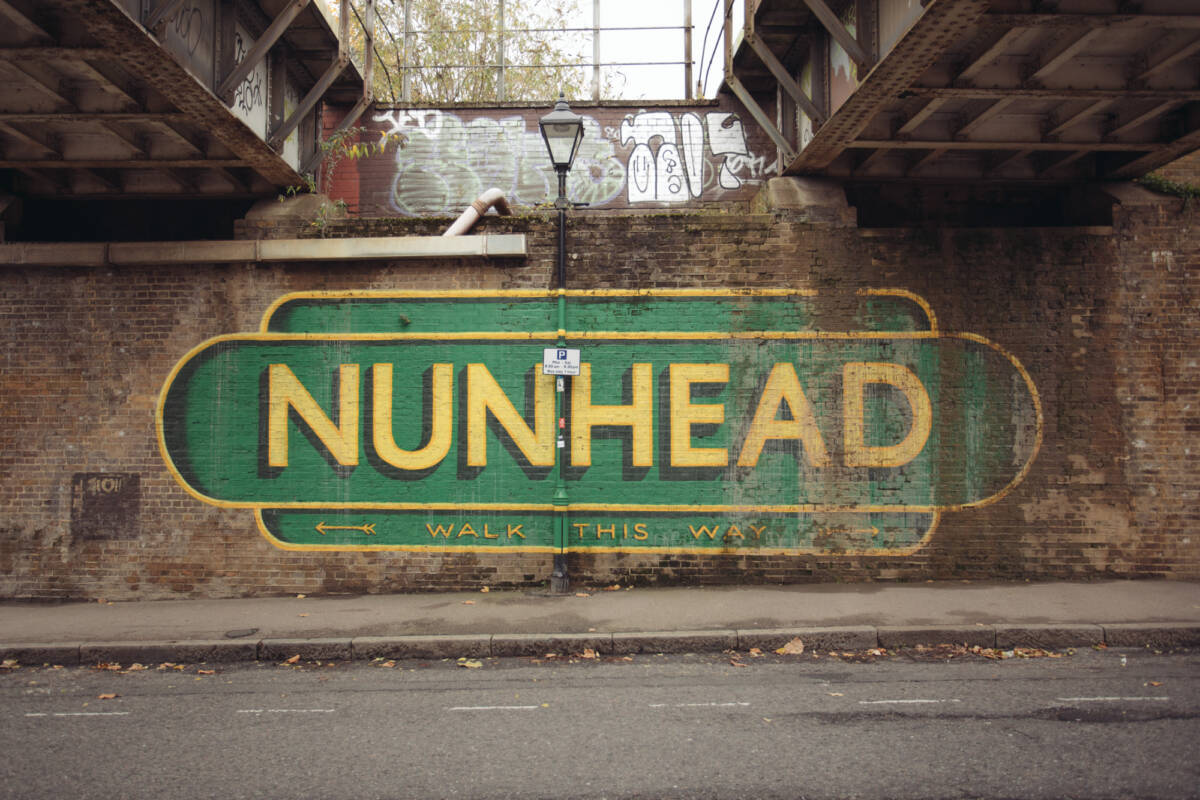 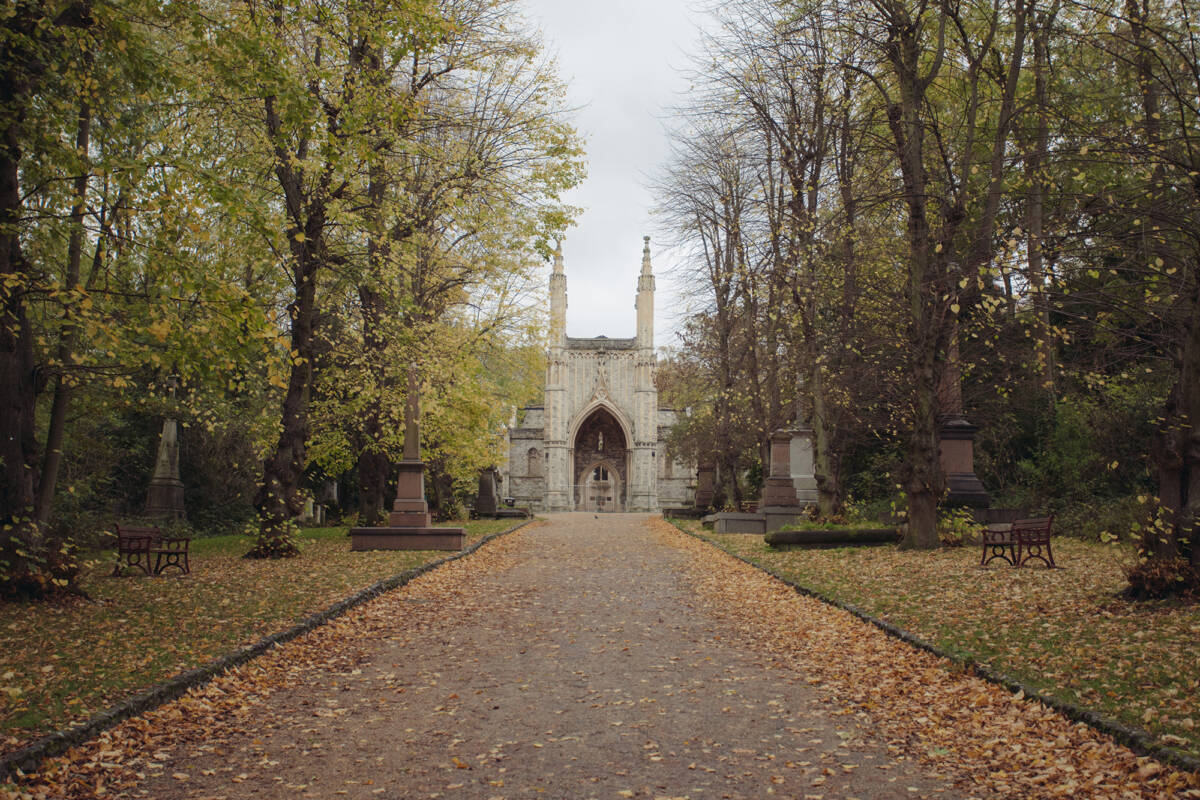 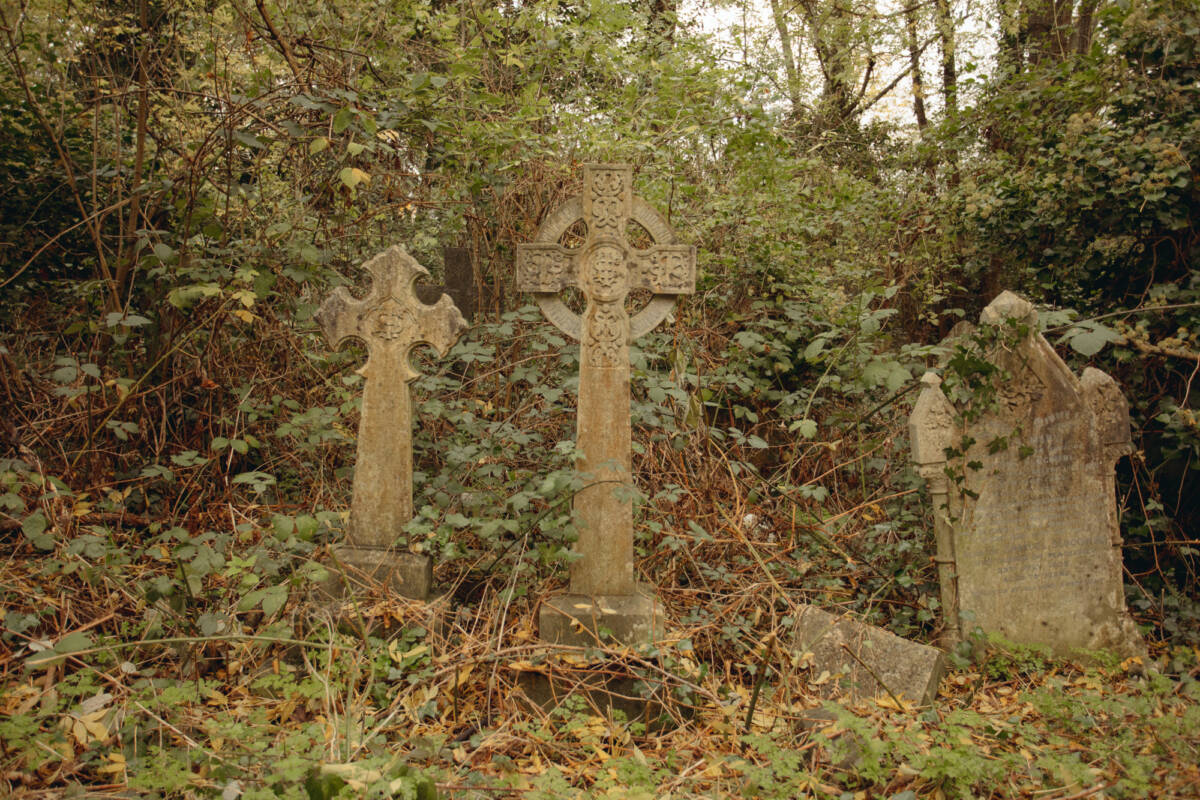 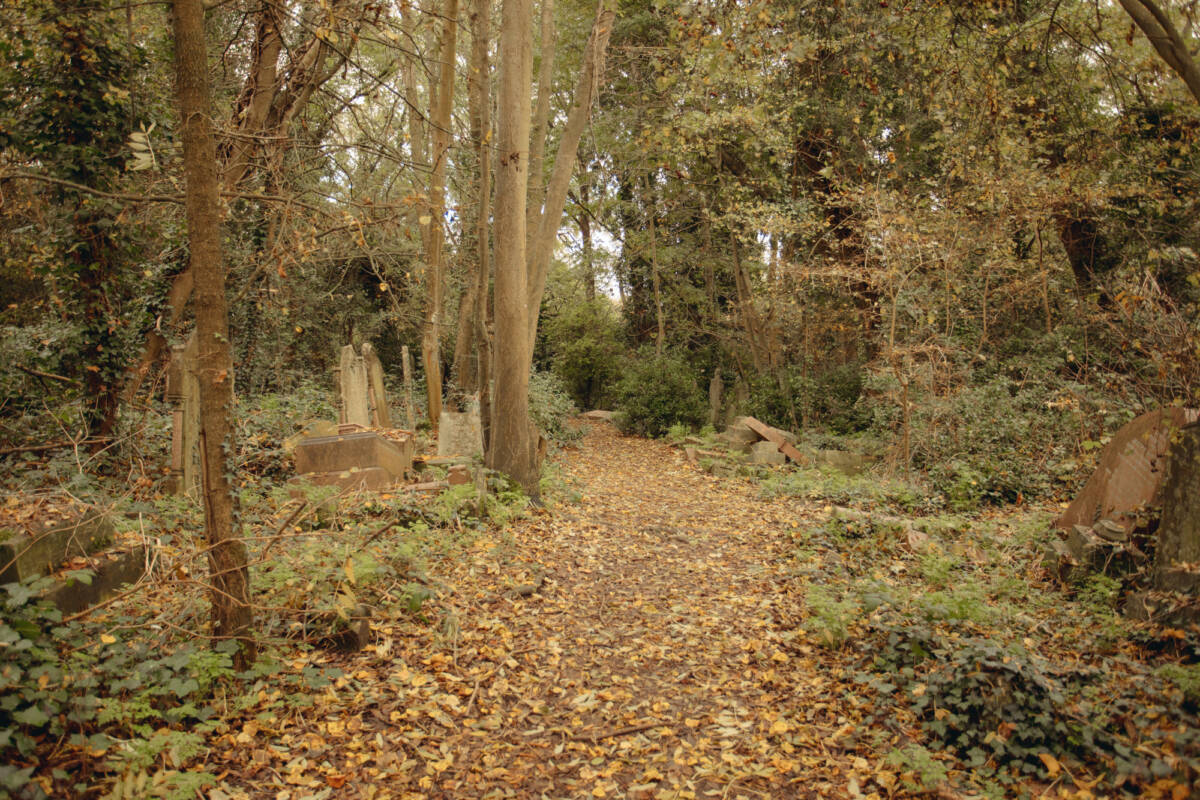 Take a wander through one of the Magnificent Seven cemeteries in London with its impressive church ruins and hidden walking paths and trails. You can keep it to a walk around the cemetery, but can also go a bit further checking out nearby Camberwell Old Cemetery, or instead by joining the Green Chain Walk route to Crystal Palace Park via The Horniman Museum and Gardens, which is one of my all-time favourite routes on that major walking network. 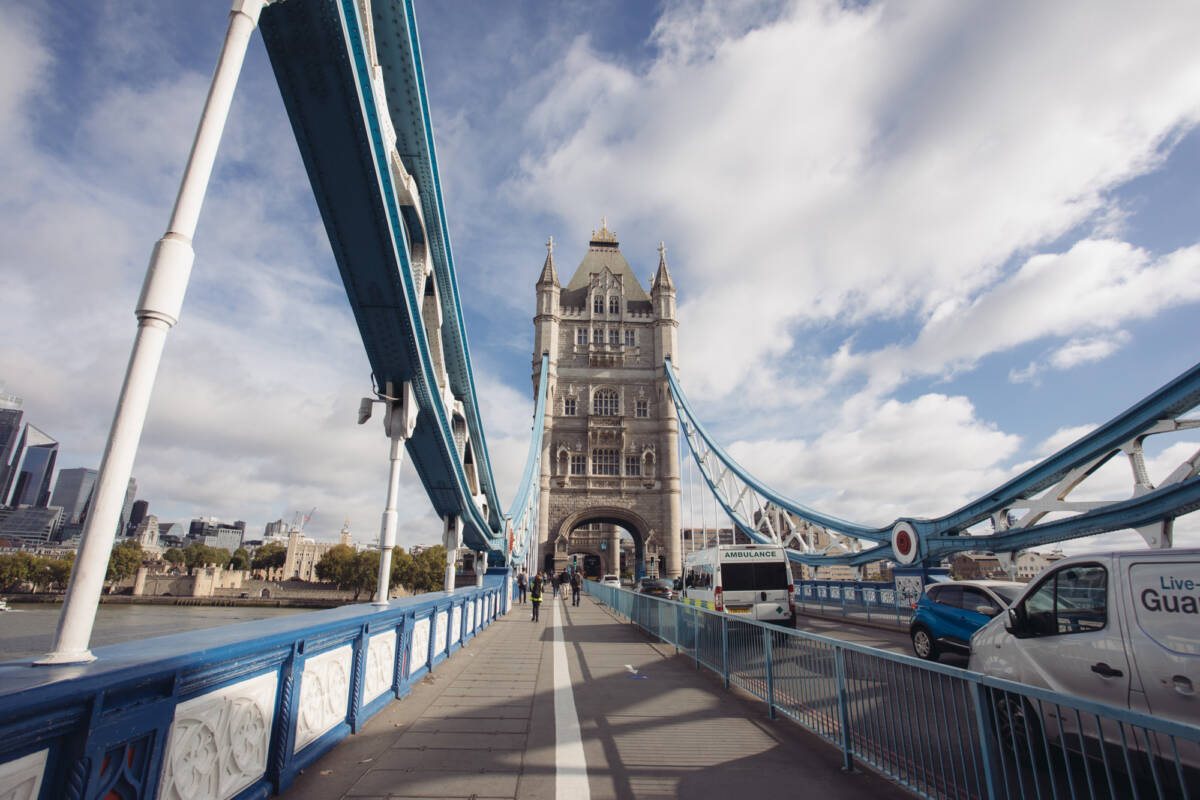 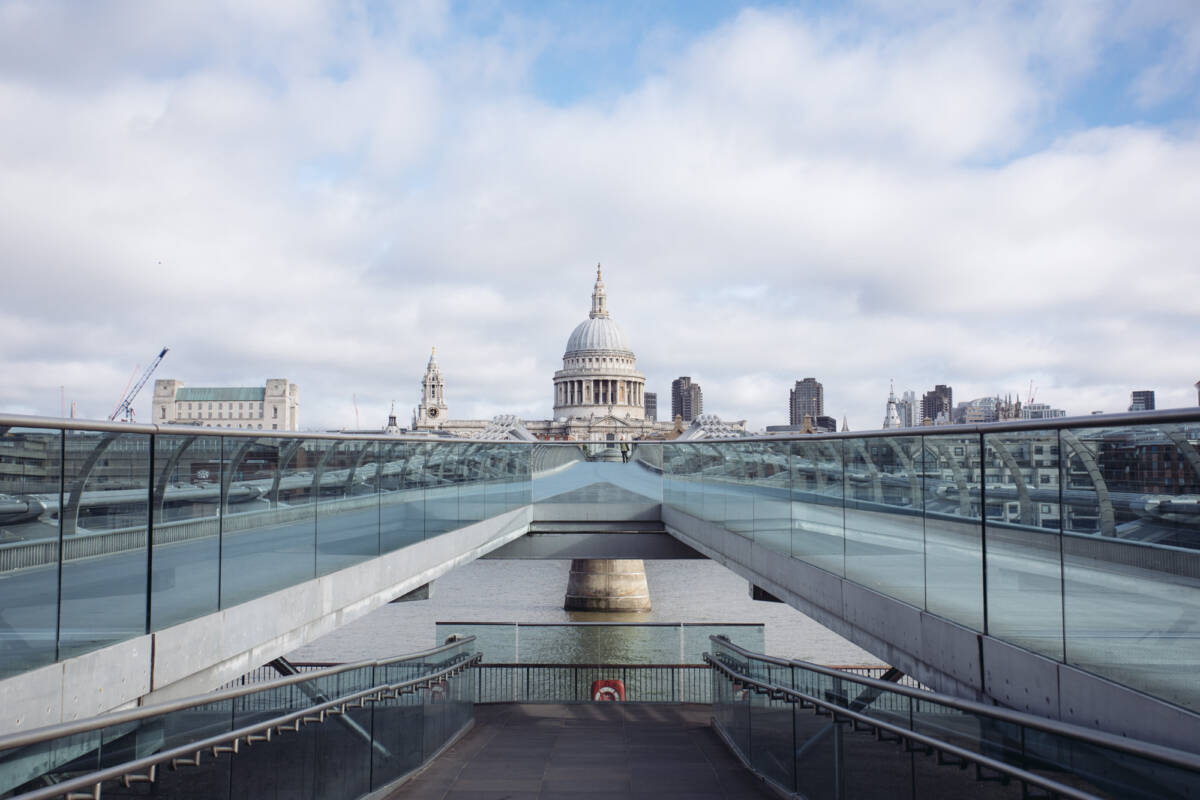 Western Loop of The Jubilee Walkway – Roundwalk in Central London

The Western Loop section of the Jubilee Walkway is the perfect circular walk to explore central London’s top attractions: the 9.5 kilometre route takes you from Tate Modern to Freemason’s Hall and Big Ben. All you have to do is follow the Jubilee Walkway discs on the pavement as you go round – and once things are back to normal remember to look up from the discs occasionally to avoid bumping into people!

Other South of the River London Walks 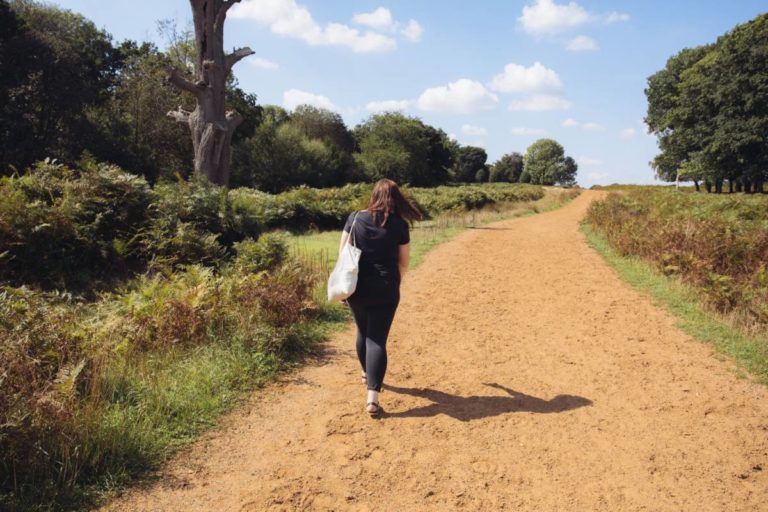 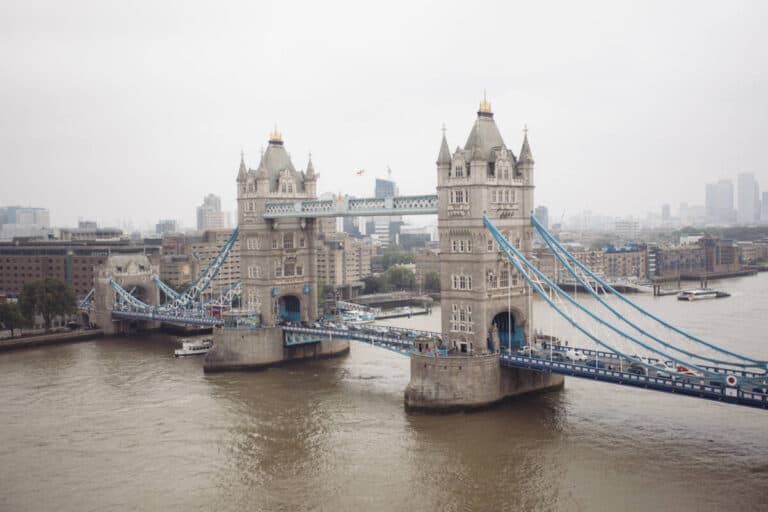 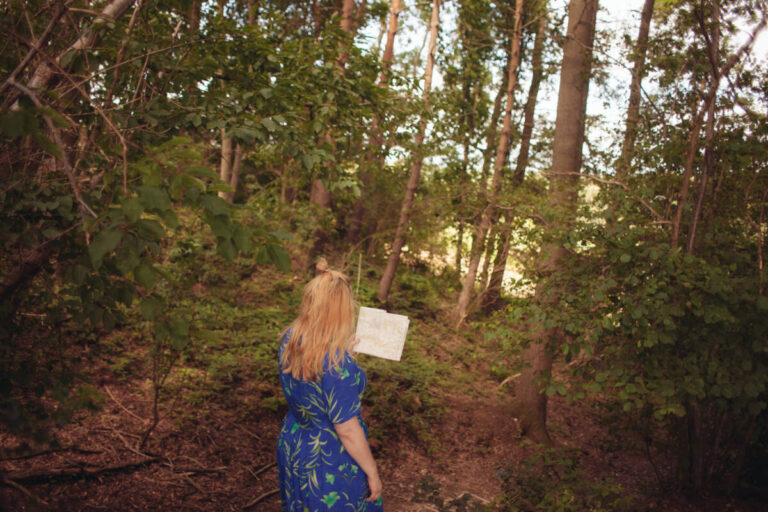 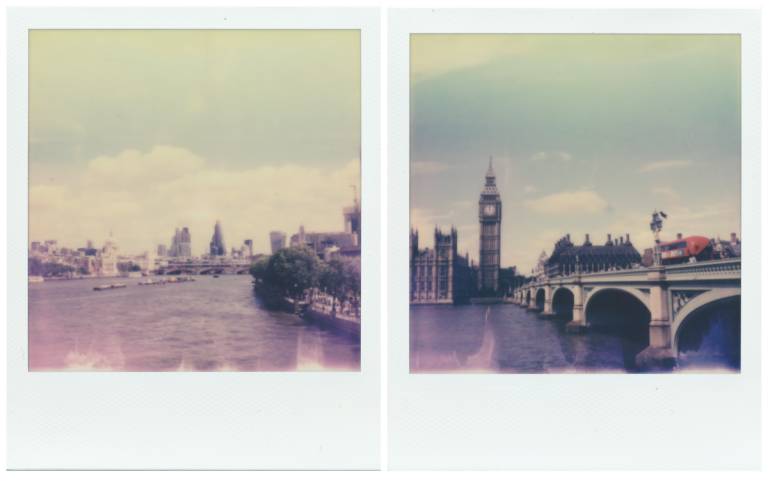 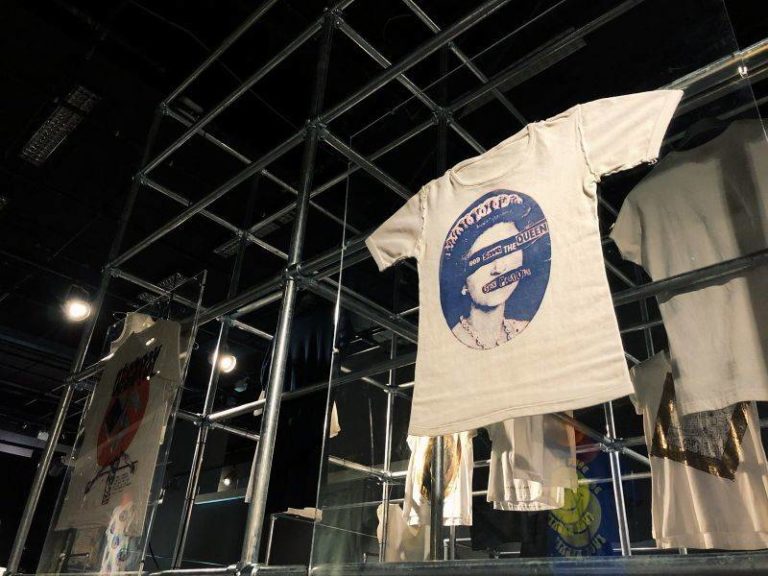 Spring is so close you guys! It isn’t warm enough for a sit in park or a rooftop bar, but there’s always an exhibition or two to check out in London. On this weekend’s programme was the Fashion and Textile Museum’s T-Shirt: Cult – Culture – Subversion exhibition. If you…

Stockholm is a perfect fall/winter destination and I’ve put together some yes, no, maybes for your amazing experience. yes Have A Fika … Or Two The Swedish have a word for meeting up in a coffee shop and drinking a beverage while having a pastry/cake: Fika (fee-hak). And you should…