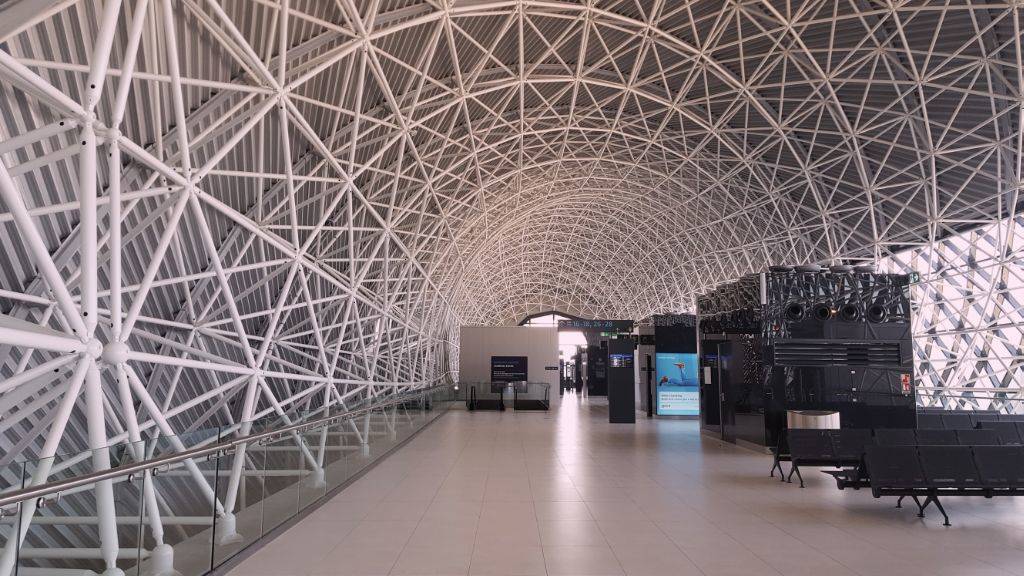 The old airport in Zagreb holds a special place in my heart. It was the very first destination I flew to and the first time I returned to my home country Bosnia after having fled 6 years earlier. I know that sometimes old can be charming, but the terminal was in need of a make-over. Thankfully my prayers were answered and a brand new terminal had appeared in 2017 and last week I got to dip my toes in for the first time.

My flight was delayed so I was lucky enough to spend my Saturday at the Gate 16 – 26 area from about 12.45 til 15.00 and while admiring the shiny steel and concrete architecture I thought I’d answer some Frequently Asked Questions about Zagreb’s Franjo Tuđman Airport – not that you asked.

What you need to know about Zagreb’s Franjo Tuđman Airport

What’s the most important thing to know? The airport is still relatively new, with lots of stores ‘coming soon’, so you won’t be able to kill much time window shopping. 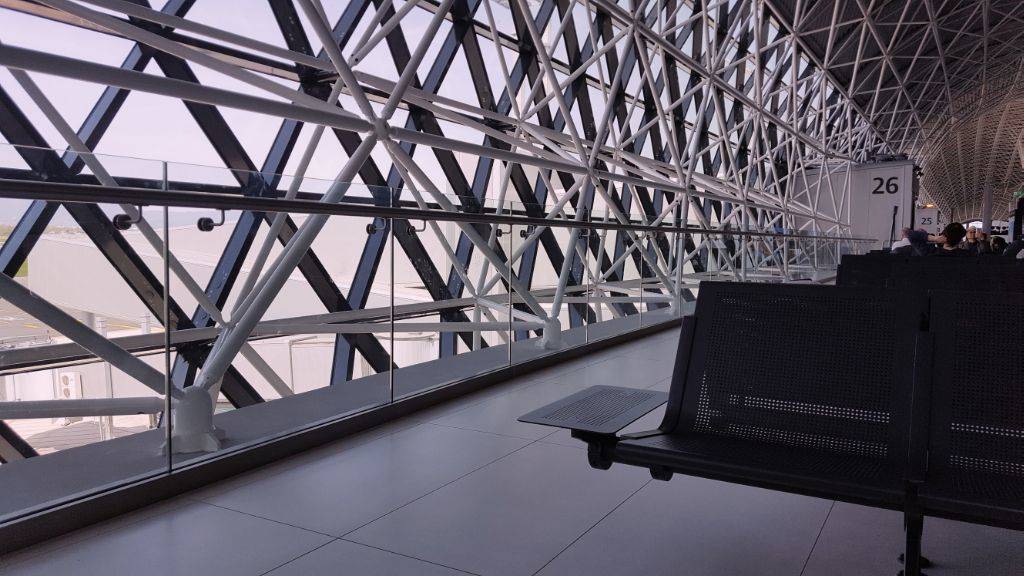 What to eat and drink at Franjo Tudman Airport

Now for an easy one … How much for a bottle of water? At Caffe Nero a bottle of water costs 21 kuna (that’s around £2.40 / €2.80 / $3.50) which is nothing unusual for an airport. Are you trying to save the environment by carrying a refill bottle? Well, bad luck for you as there are no fountains to be found. You technically can do it in the rest rooms, but the water is lukewarm.

And can I get my Big Mac or a grande triple chocolate soya mocha at the airport? Caffe Nero is the only chain to be seen at both arrival and departure. The best thing about this Caffe Nero? They serve pita/burek for only 12 kuna (that’s around £1.40 / €1.60 / $2) ! So if you haven’t stuffed your face with enough already in Croatie (or the Balkans) this is your last chance. There’s also a pub and a buffet-style restaurant with the usual soups, pastas and burgers as well as cevape (but without the bread sadly!). Prices start at 60 kuna (that’s around £7 / €8 / $10).

Whatever. What about the real essentials? Is there Wi-Fi? Yes! And since there isn’t much to do to kill time you and Wi-Fi will be besties. Like at most airports all you do is sign in and you are online! There wasn’t a time limit and it was really quick – so you can blame them for all the posts I’m spewing at you at the moment.

I know enough. Can I charge my phone, tablet and laptop while waiting? Throughout the departure hall there are several poles with a number of USB and charging plugs, the downside is that you have to stand around the poles while waiting. Who knew poles could be so exciting … and for free. 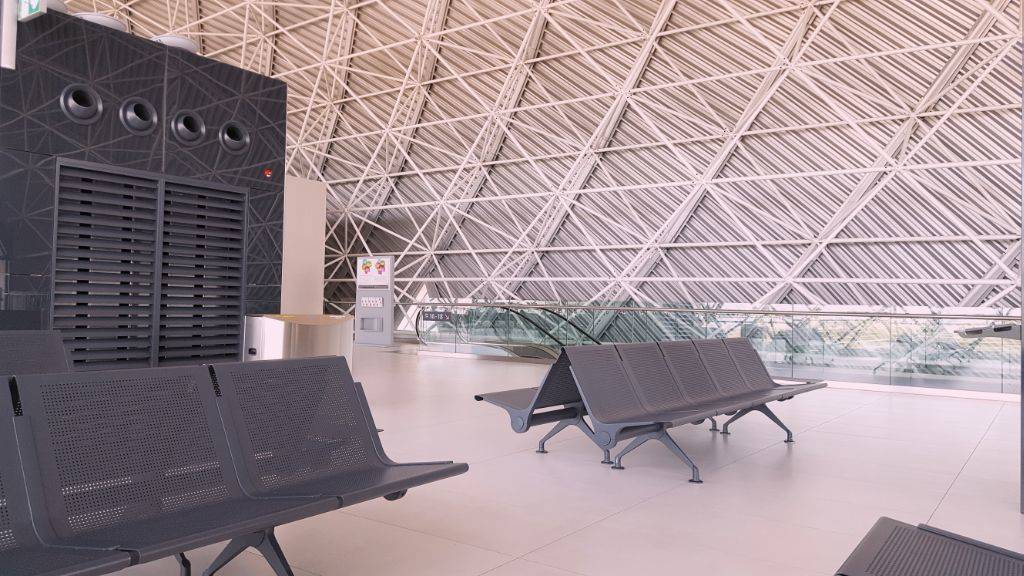 Are the chairs comfortable at all? Could I nap comfortably when I have long stopover? There are no armrests between the seats, but don’t get too excited as you can see they are not the most comfortable to lie on, so you’ll obviously need someone to lie on top of …

What about the toilets? There were enough around the gates, they were super clean and I can’t complain much, except that the coat/bag hangers in the toilet stalls I went to seemed to be broken. Why or how do you break a toilet coat hanger????

Anything cool you saw? I still can’t get over the fact that well known Italian coffee chain sells pita/burek. #nospon. In case you are wondering … Pita/burek is the Balkans’ very own comfort food – a filo dough filled with meat, potatoes, vegetables or cheese.

Anything else I need to know? Not something I can guarantee, but literally every staff member I encountered was superfriendly and smiled, which I was extra surprised about as us Balkan people are masters of the resting bitch face and most of our names rhyme with bitch for a reason. Everyone either seemed to be having a good day or they were keeping their laughs in when I spoke to them in my backwards farmer way.

Have you visited the airport? What was your experience and what did I miss out on at gates 1 – 15?