Along three other bloggers, I’ve been out and about in South West France and exploring the Dordogne Valley across its many charming towns and villages.

It was a little bit of a trip down memory lane as I had been there on a school trip many moons ago and I was curious how 2016 Tea compares the trip with 2002 Tea. 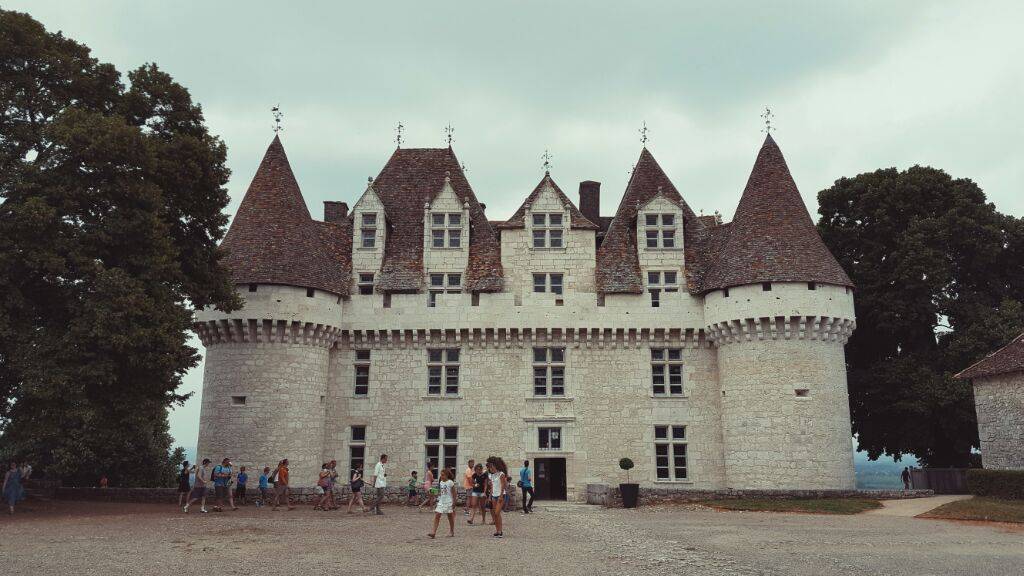 After flying in to Berignac Aiport with Hannah from Adventure Han and Tun from T S Chang we were met by Karen from Lavender and Lovage and the lovely folks who organised the trip. From here, we headed to Monbazillac Chateux that’s known for its sweet white wines. 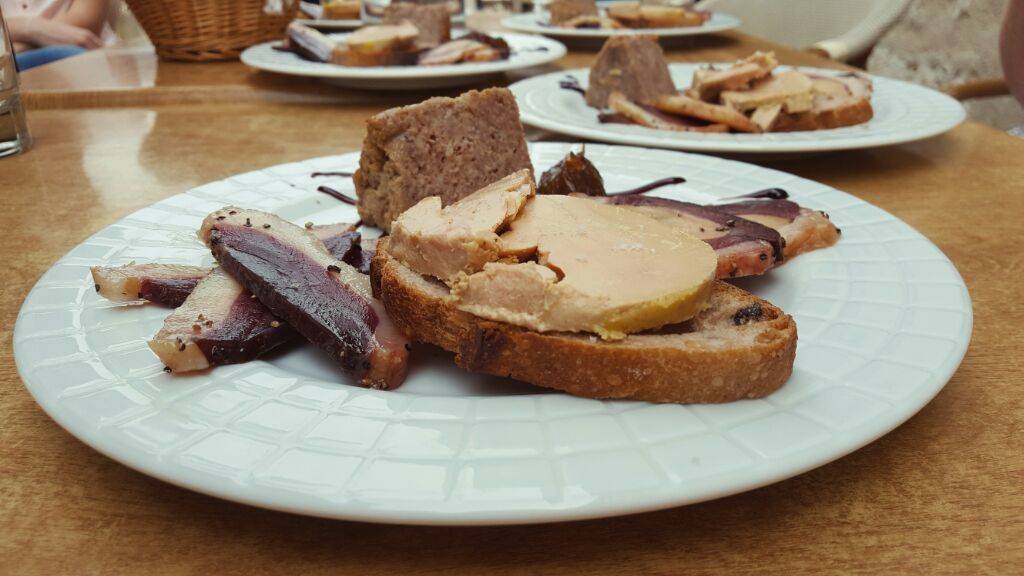 That went well with the foie gras, magret de canard, French style duck pate and onion relish we had as well as Casse Croûte, which is from what I understood what the French call an afternoon snack – everything does sound better in French.

The Chauteau itself is a museum where you can sneak a peak of how the owners throughout the centuries lived as well as a history of the wine and how it’s made. My favourite bit was the cellar where you can see how the original kitchens looked – a different world, and one that I bet would have loved a microwave. 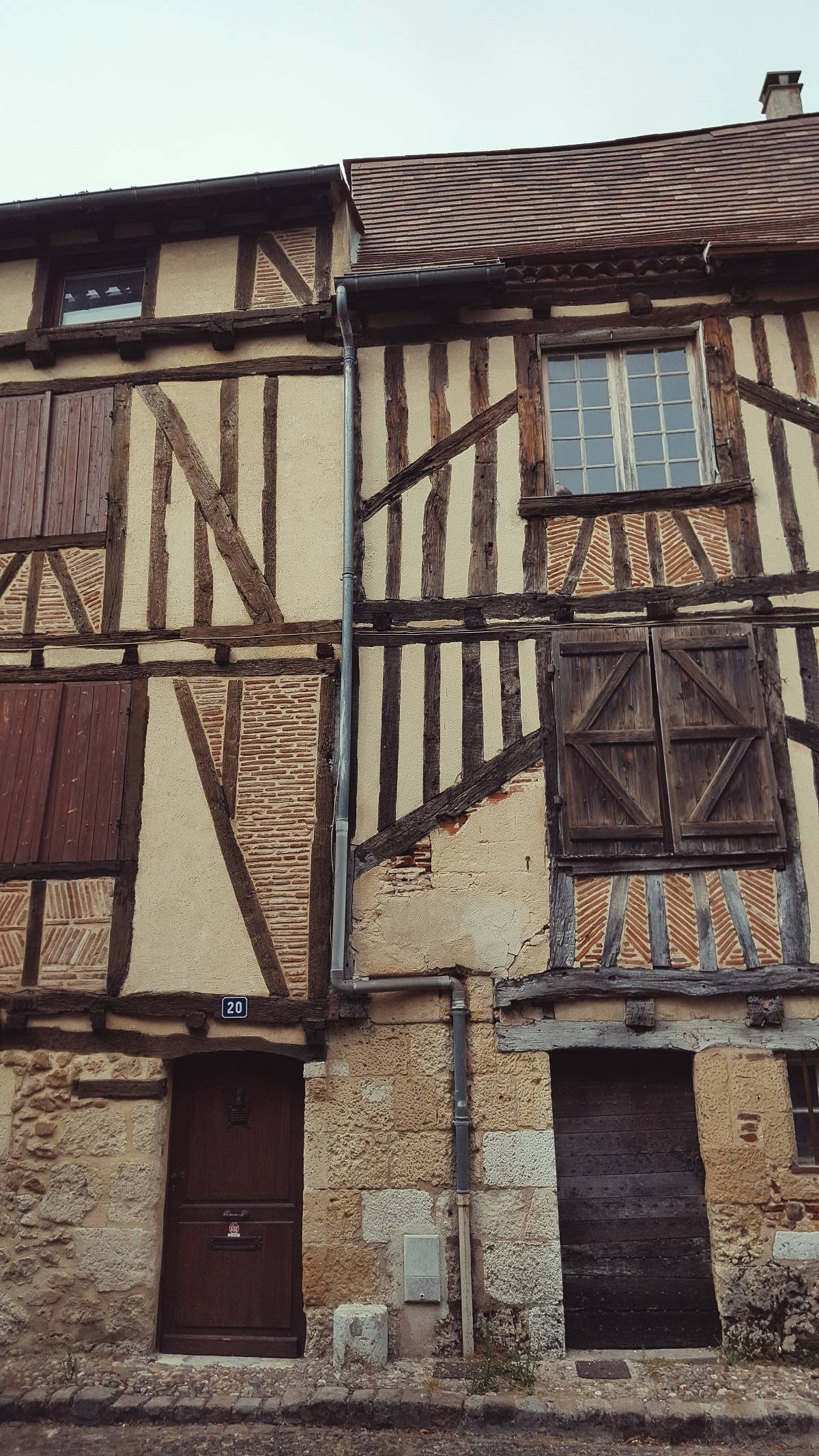 Next stop was the town of Bergerac, which is known for its cobblestone streets and half timber stone houses.

You may have heard of the historical hero of the 1897 play Cyrano de Bergerac by Edmond Rostand, though he has nothing to do with the city, they have adopted the fictional hero as their own.

Then we had a wonderful time exploring the streets of Sarlat, another of those real life fairytale villages where you imagine characters from a Charles Perrault fairy tale would be wandering around, casting spells, curses, and all that jazz. 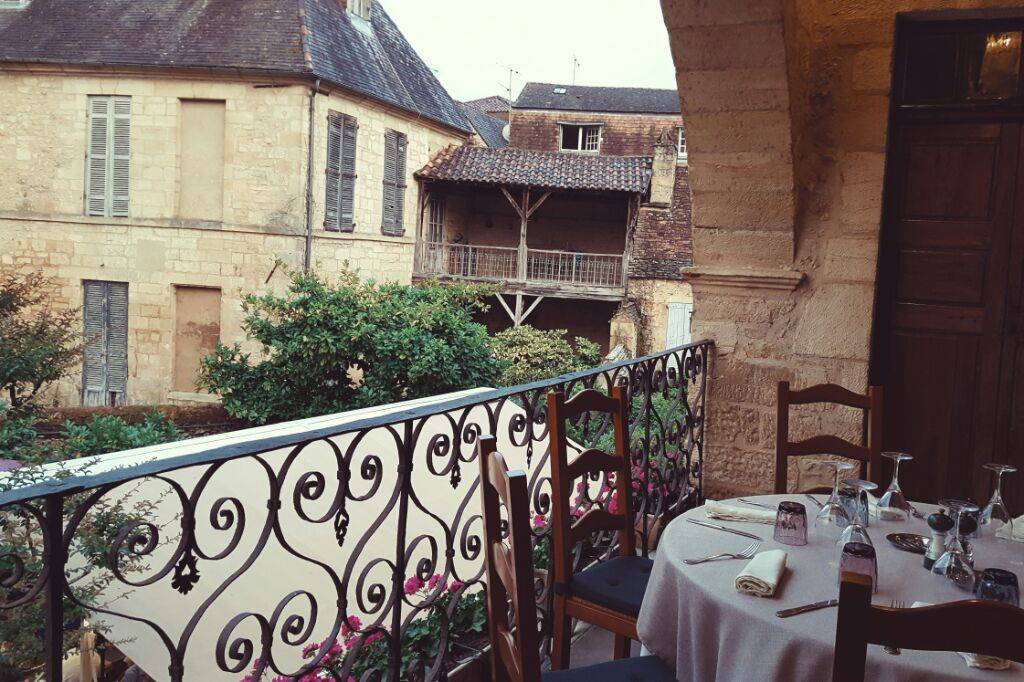 We got treated to duck – which is, along with everything walnut related the local speciality – with a balcony table at Le Presidial.

The next day we took inspiration from the duck and floated down the Dordogne River on a canoe. It was a great way to see the area from the riverside. Growing up I canoed a lot and forgot how much fun it is to paddle to nowhere (figuratively speaking), and get lost in the simplicity of focusing on making sure you don’t fall in or capsize. 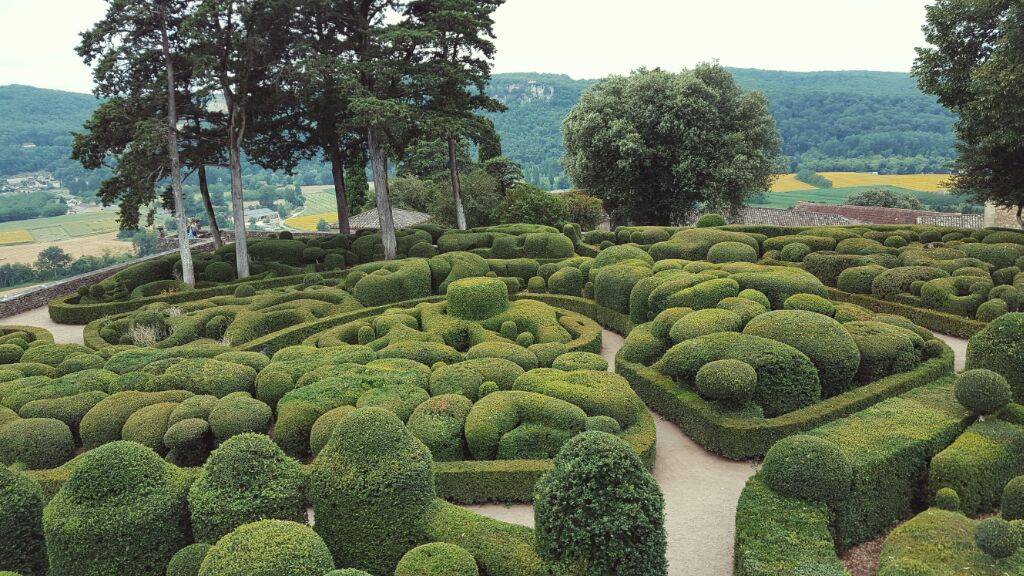 After that it was time to wander around in the Les Jardins de Marqueyssac, a huge garden on top of a cliff with amazing views over the beautiful Dordogne River Valley. You can easily spend hours taking in the lush alleys, exploring the quirky little places and getting lost in a labyrinth.

If managed to keep your eyes off Johnny Depp in the 2000 film Chocolat then you might recognise a few locations from that film gem, as it was actually filmed in the city of Beynac. 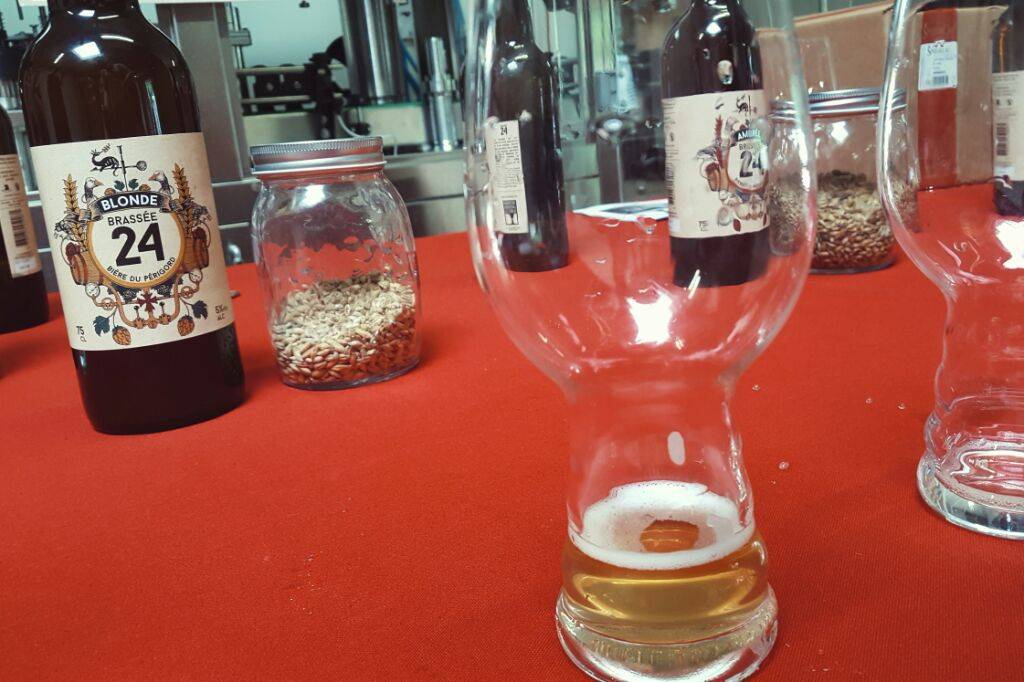 Brassee 24 is new craft brewer focusing on authentic style beers. We got a tour, saw where all the magic happens and tried their tipples. I sadly can’t pass for a connoisseur, but I can say that as soon as I hear they sell it in London I will be first in the queue! 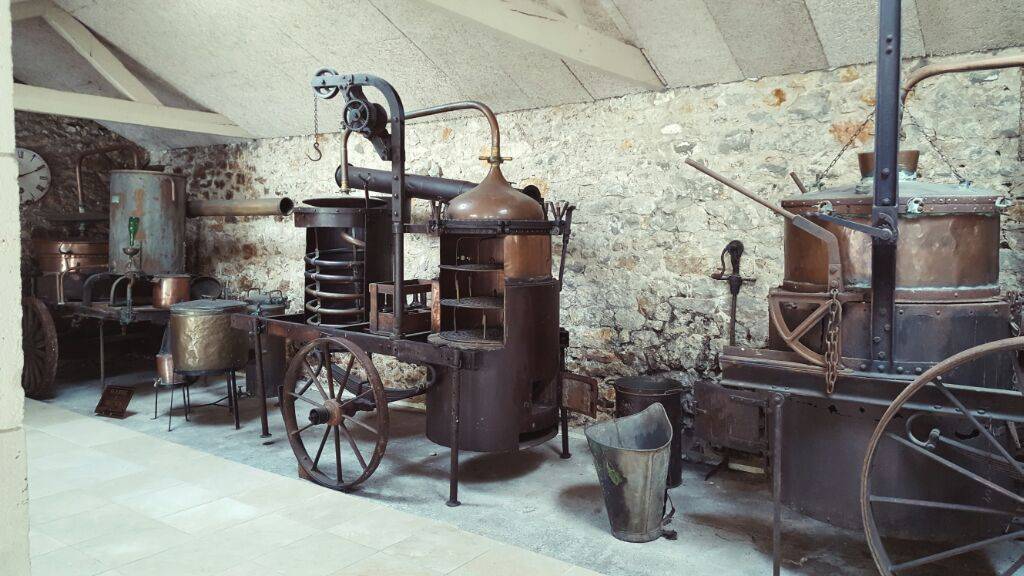 Next was a tasting at Distillerie Louis Roque, this one at more traditional distillery where we got to taste plum, walnut and chestnut aperitifs. Seeing as plum rakija is the self proclaimed national drink of my home country it was a favourite. There is also a room that’s a little museum where you can see the old stills, presses and pots. A similar wagon was used in my hometown and went from house to house during rakija season bringing its plummy goodness to all – we would even coat our socks in rakija before bed in Bosnia to stave off sickness.

Souillac’s streets are picture postcard and I’d recommend taking some time to relax and explore every nook and cranny as it’ll transport you back to the past. 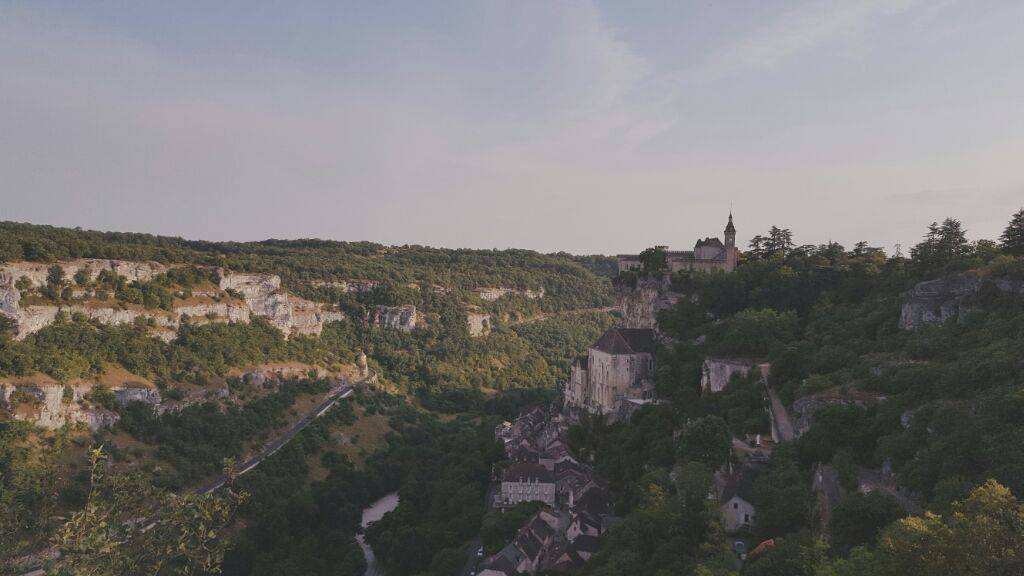 Look at the beaut! Rocamadour is a medieval town built into the side of a cliff. Around 900 years ago it was the place to be for worshipping and pilgrimaging – mainly due to the special relics it housed, and people travelled from all across Europe to get up close with those holy objects. Today, pilgrims have been swapped for tourists, who want to soak up the history and snap that ‘perfect French castle town’ shot to make everyone’s eyeballs jealous back home.

Do you have any top tips or suggestions for visiting the Dordogne area?

5 thoughts on “Salut! from Dordogne Valley”