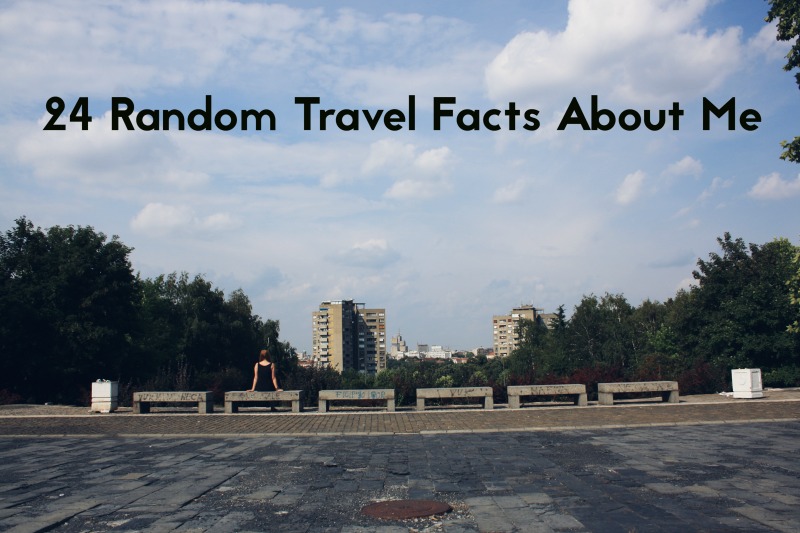 Following up on the Wanderlust Tag I am sharing 24 Random Travel Facts about me. I thought it would be a nice idea to do this as well so you guys can get to know me a little more personally.

I tag you, you, you and anyone who wants to do it. Don’t forget to leave a link in the comments so I can read your travel facts.

24 thoughts on “24 Random Travel Facts About Me”