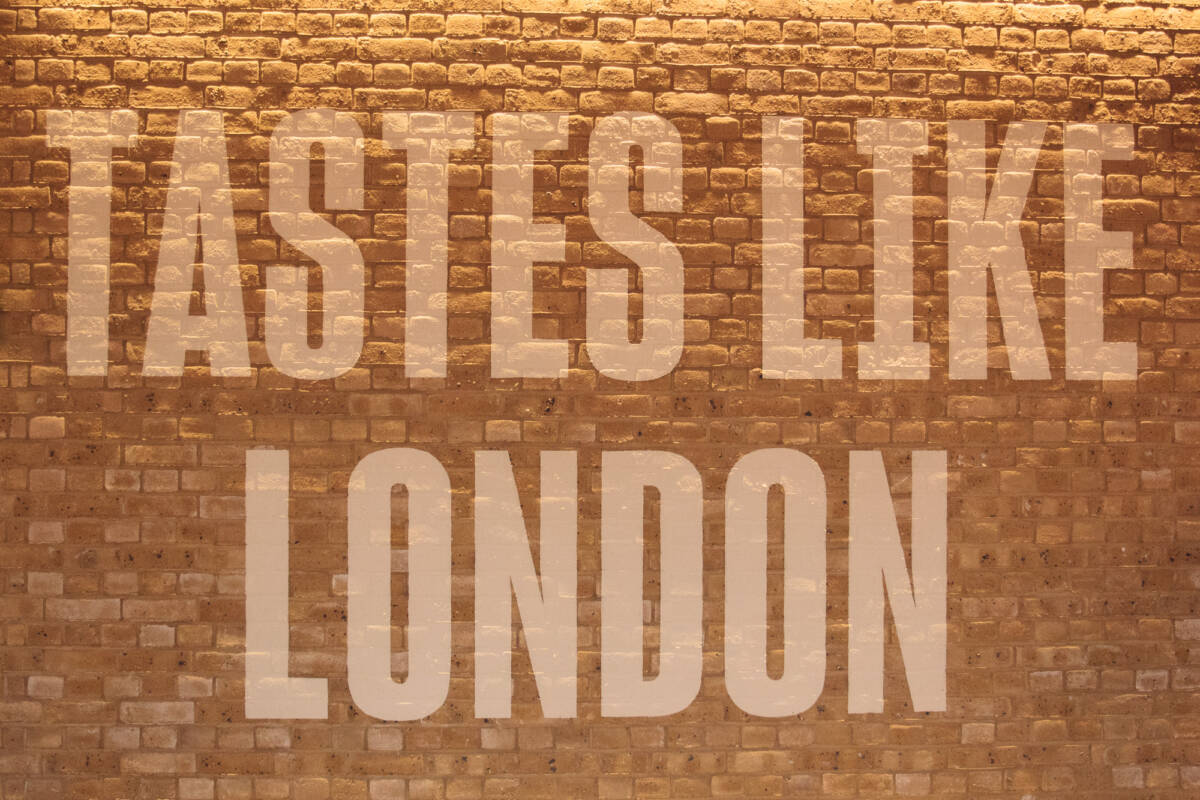 Food courts, food halls or indoor food markets…whatever you call them, they have been popping up like crazy in London! Food courts aren’t a new concept, but the trend has changed and instead of inside shopping malls you’ll more likely them in old and unused buildings that have been repurposed into indoor food halls.

Here are some stops for your London food markets itinerary that will cover you from the rain, provide you a seat and fill your stomach with lots of tasty treats. 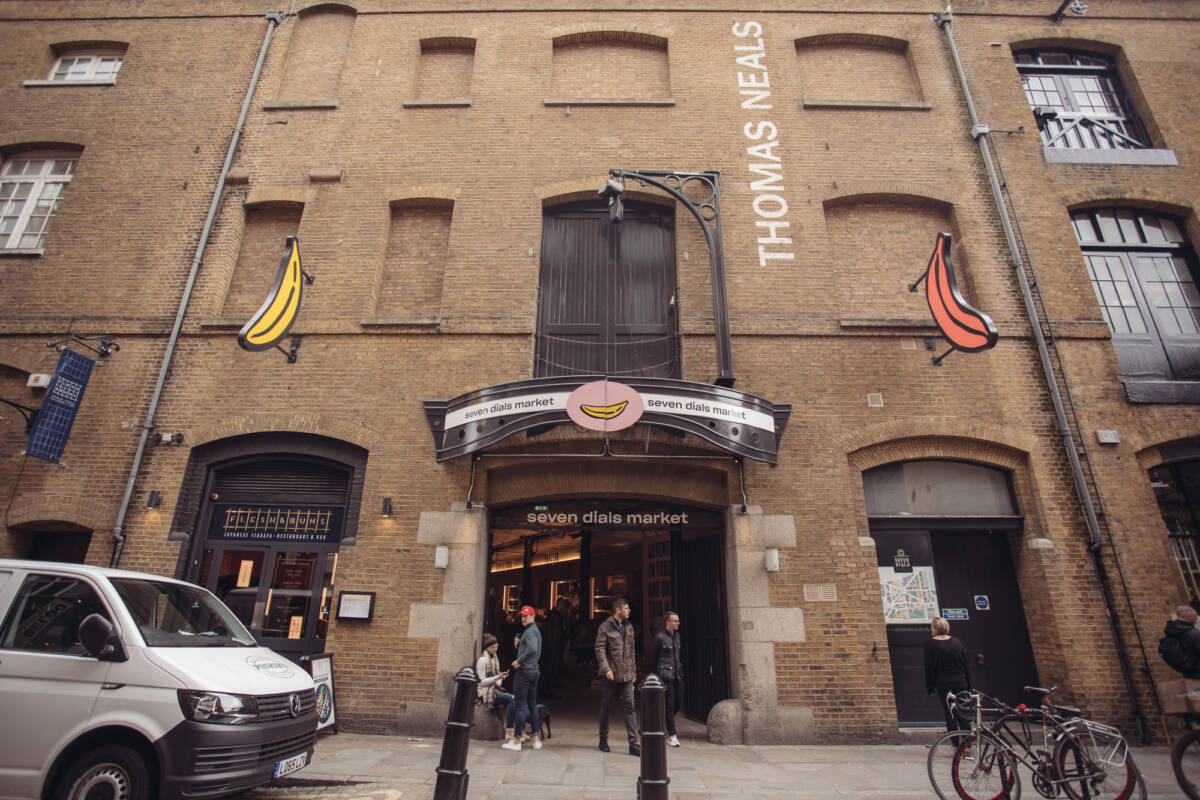 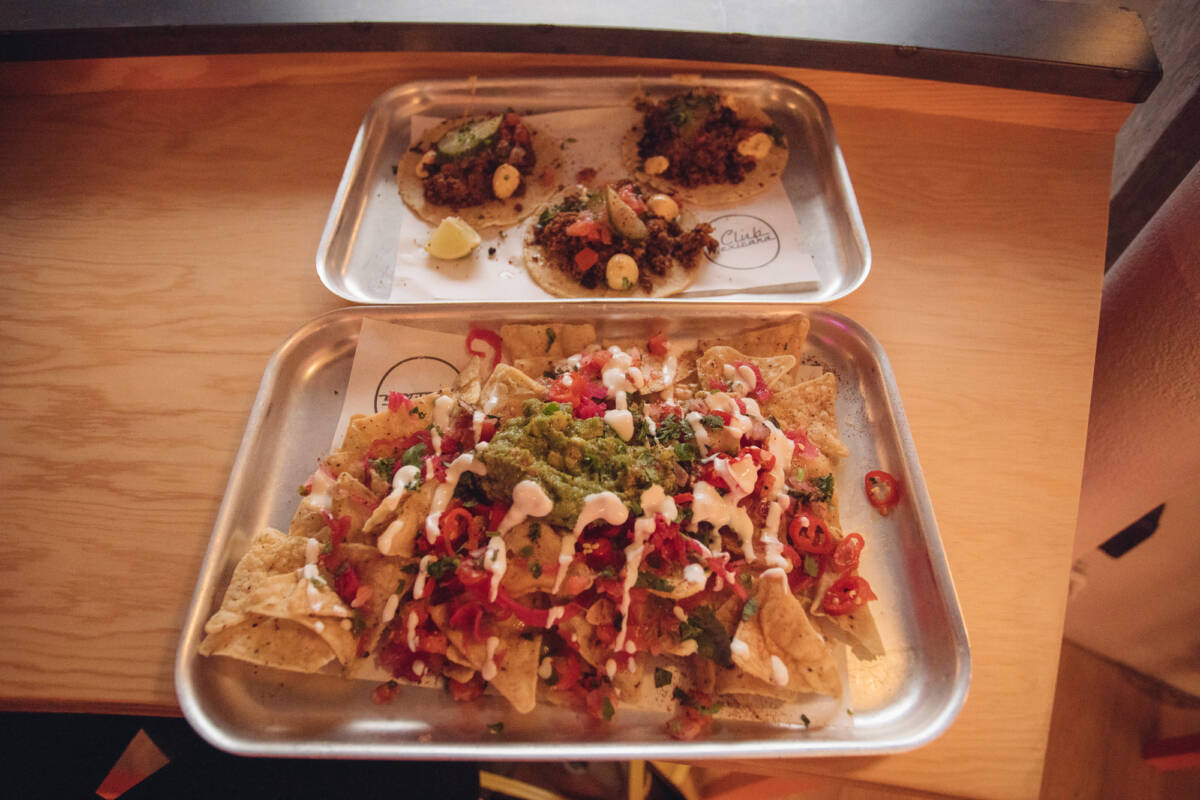 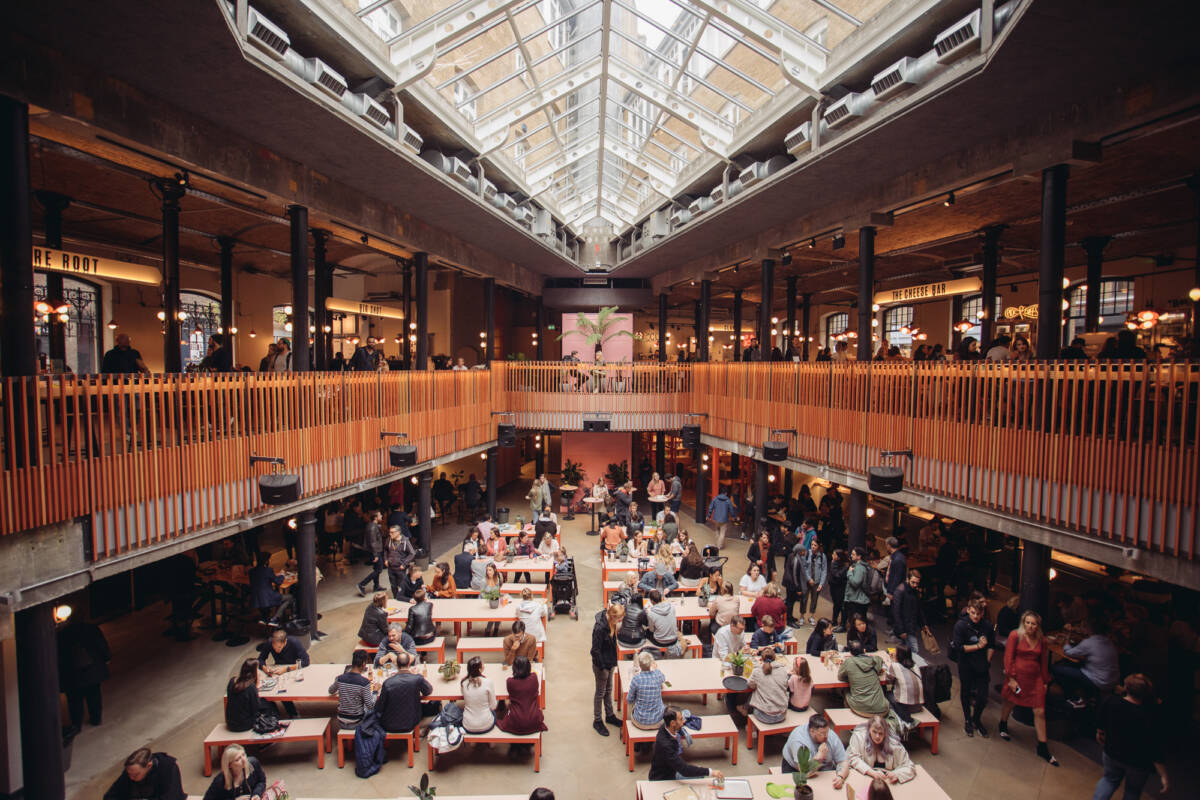 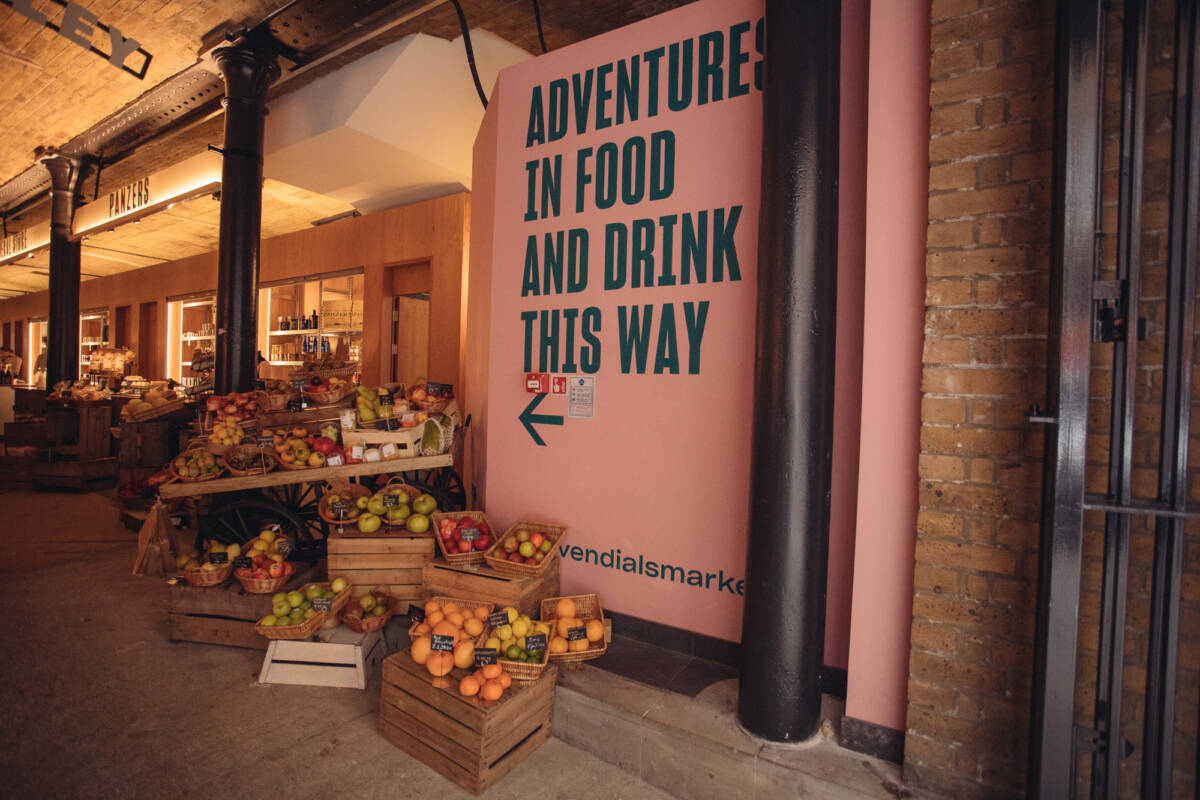 Situated in a former banana warehouse, the Seven Dials Market is a rather impressive looking food market, with eateries which make me want to come back again and again. Vendors include Club Mexicana (vegan Mexican), Pick & Cheese (British cheese) and Nanban (Japanese ramen and curry).

If you can only get one thing: get yourself a chair at the Pick & Cheese conveyor belt! 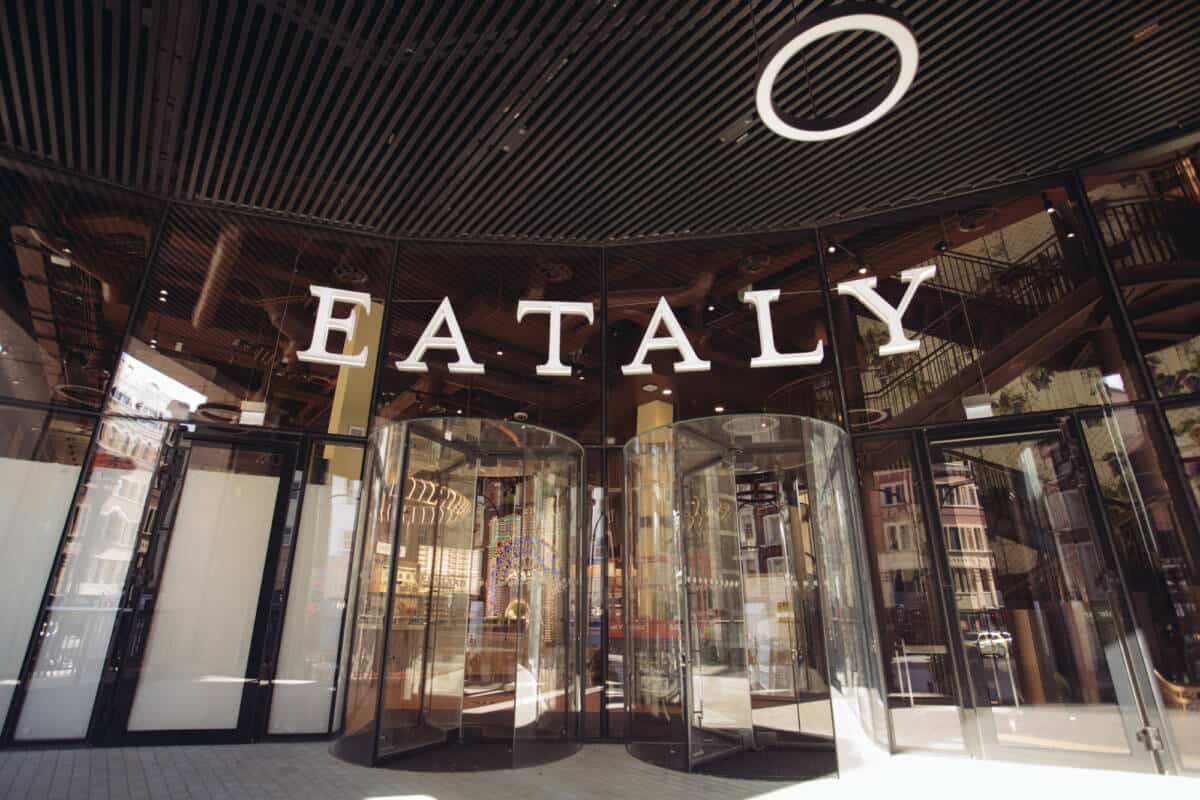 This may well be the closest thing we’ll taste of Italy this year! At this giant food hall specialising in artisanal Italian products, you’ll find a market to stock up on ingredients to cook at home, but if you’ve out cooked yourself over the last 13 months you might want to treat yourself at one of the many restaurants within. 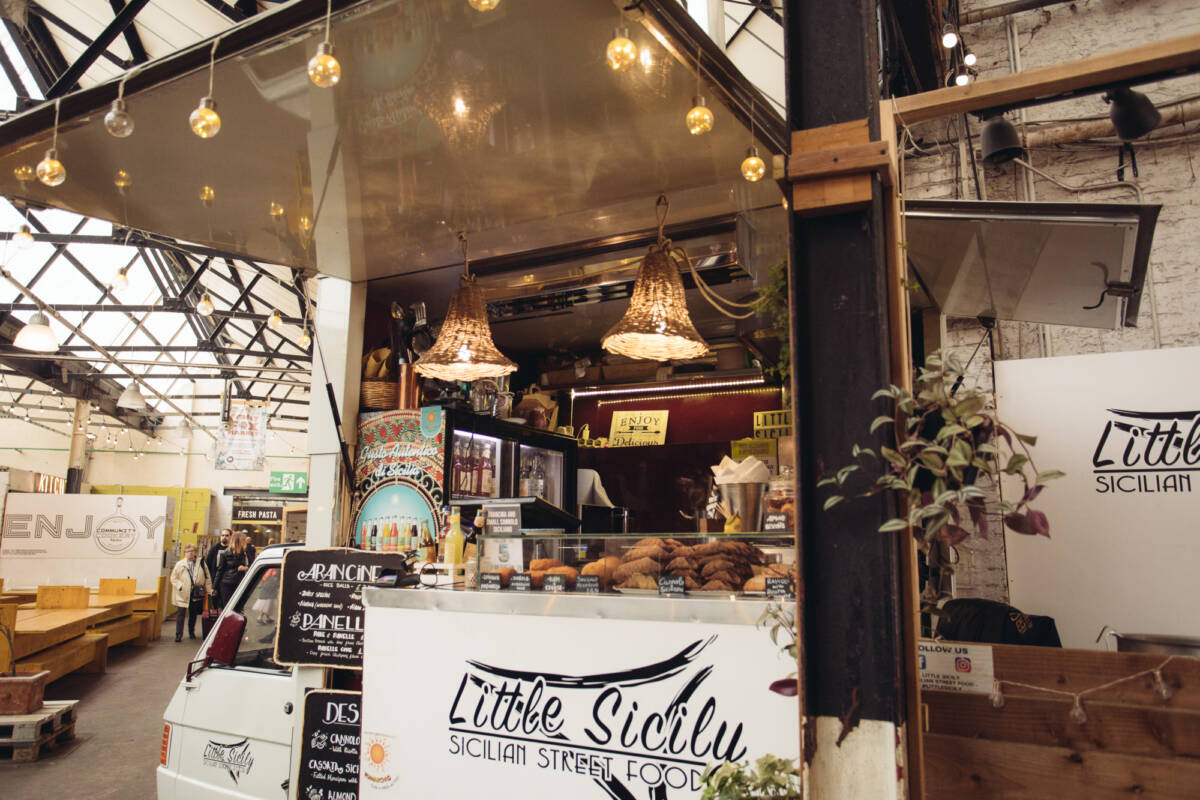 This massive indoor and outdoor complex contains an on-site brewery, Italian food shop and over 40 vendor stalls including Hermanos Tacos (Mexican tacos), Guasacaca (Venezuelan arepas) and Ze Spatzle Club (German spatzle). Mercato Metropolitano Elephant & Castle also offer a variety of workshops on their site, so make sure to check out the most recent offerings here.

If you can only get one thing: Try the German pasta dish from Ze Spatzle Club 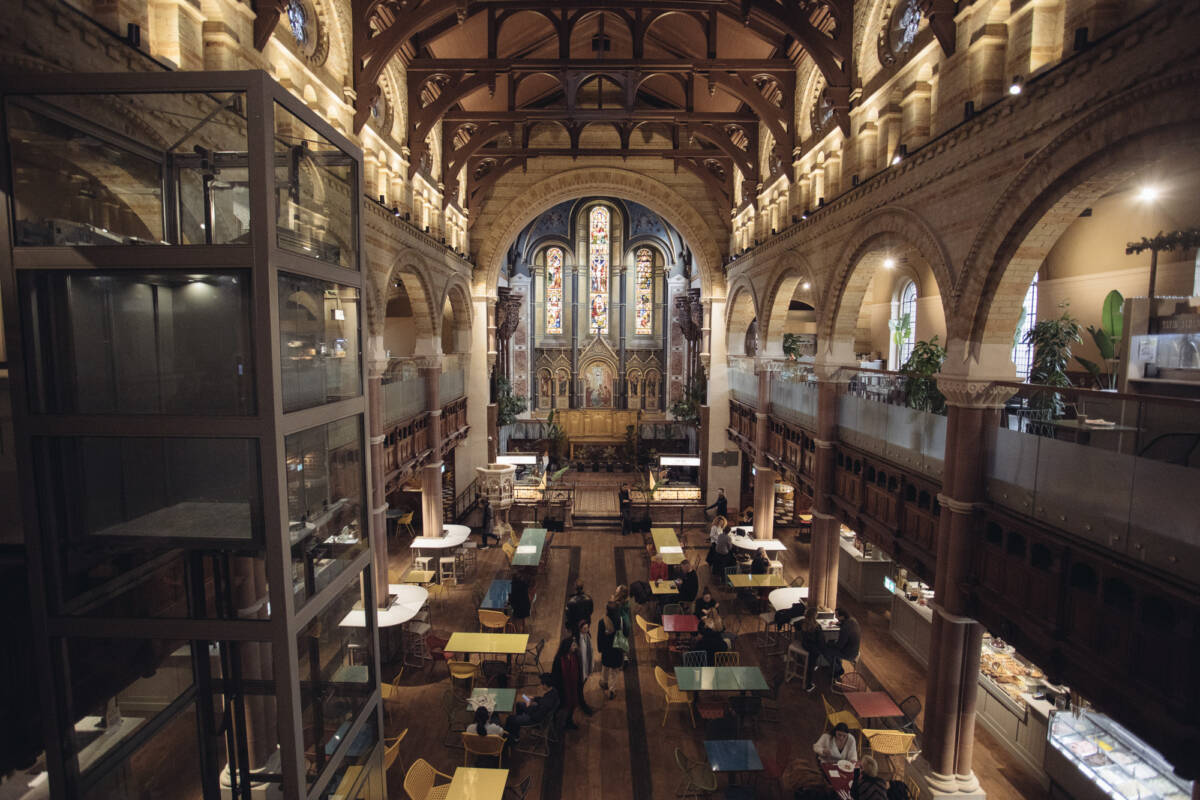 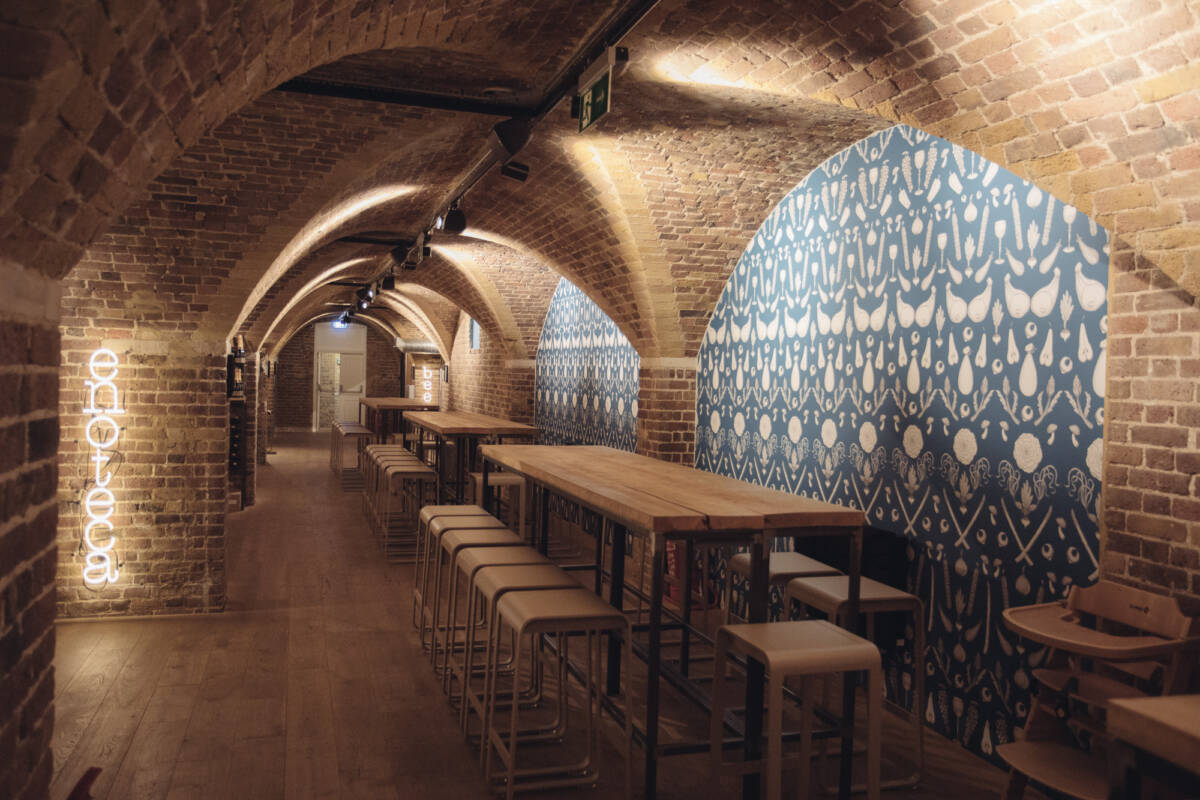 This central London spot is set in a former church and just looks amazing, plus it even has a crypt filled with wine and cheese!! The market consists of several bars, a speciality foods store and seven food vendors including Lala (Turkush pide), Steamy & Co (bao buns) and Fresco (Neapolitan pizza).

If you can only get one thing: Give the pide at Lala a go. 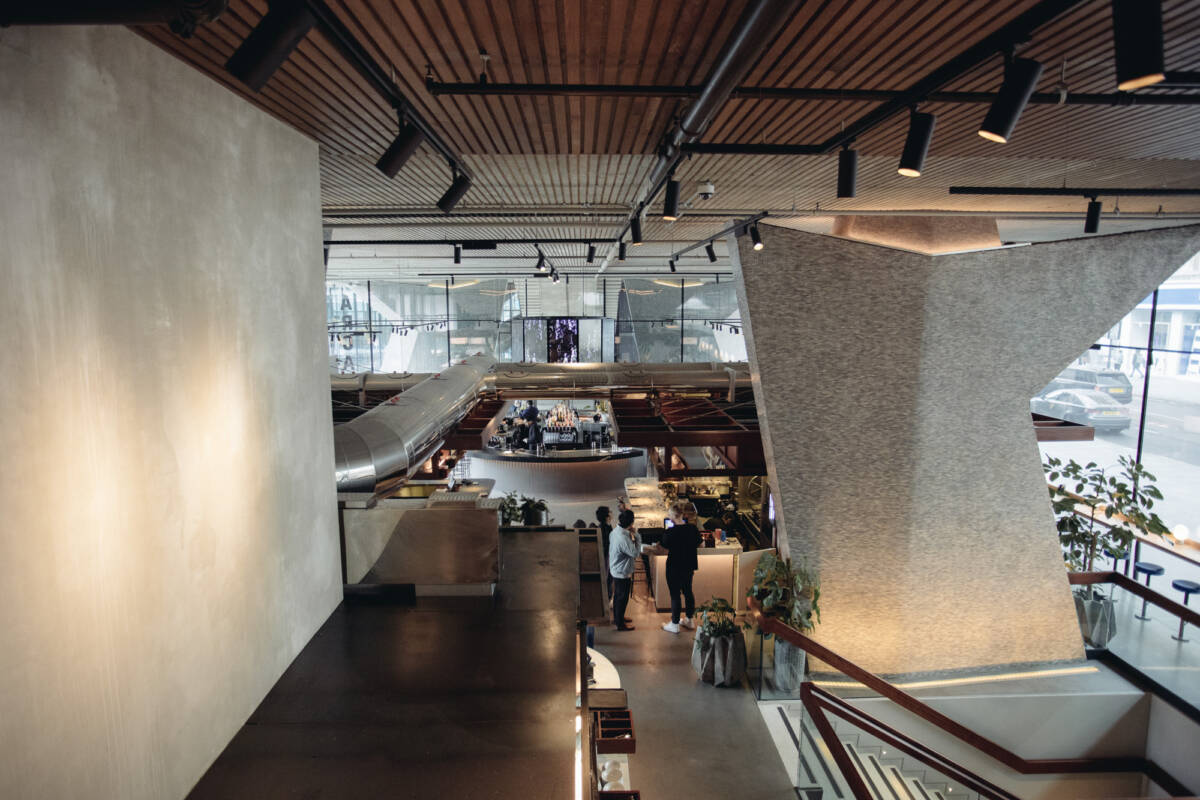 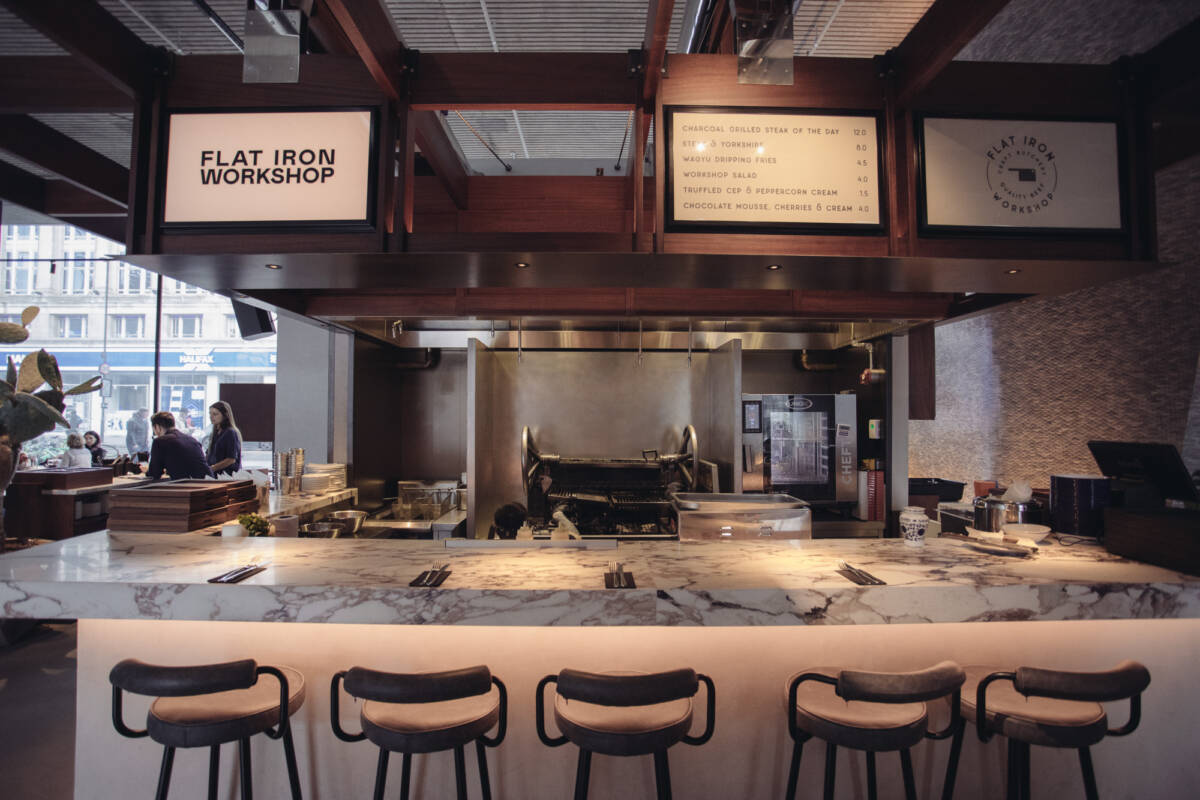 Situated on the ground floor of the Centre Point tower, this food hall, sorry…food theatre, is the place you want to visit if you want more of a traditional, upmarket restaurant feel. It felt a bit like a fancy hotel lounge filled with delicious treats. I’m not sure who their target audience is, but it’s fair to say their offer is a bit different from the other food halls I’ve mentioned, and that means you’ll feel it in your bank account as well. At the Arcade Food Theatre you’ll find offerings such as Chotto (Japanese Peruvian), Pastorcito (Mexican) and Flat Iron Workshop (beef).

If you can only get one thing: Treat yourself to a hazelnut praline (or anything really) from Pophams 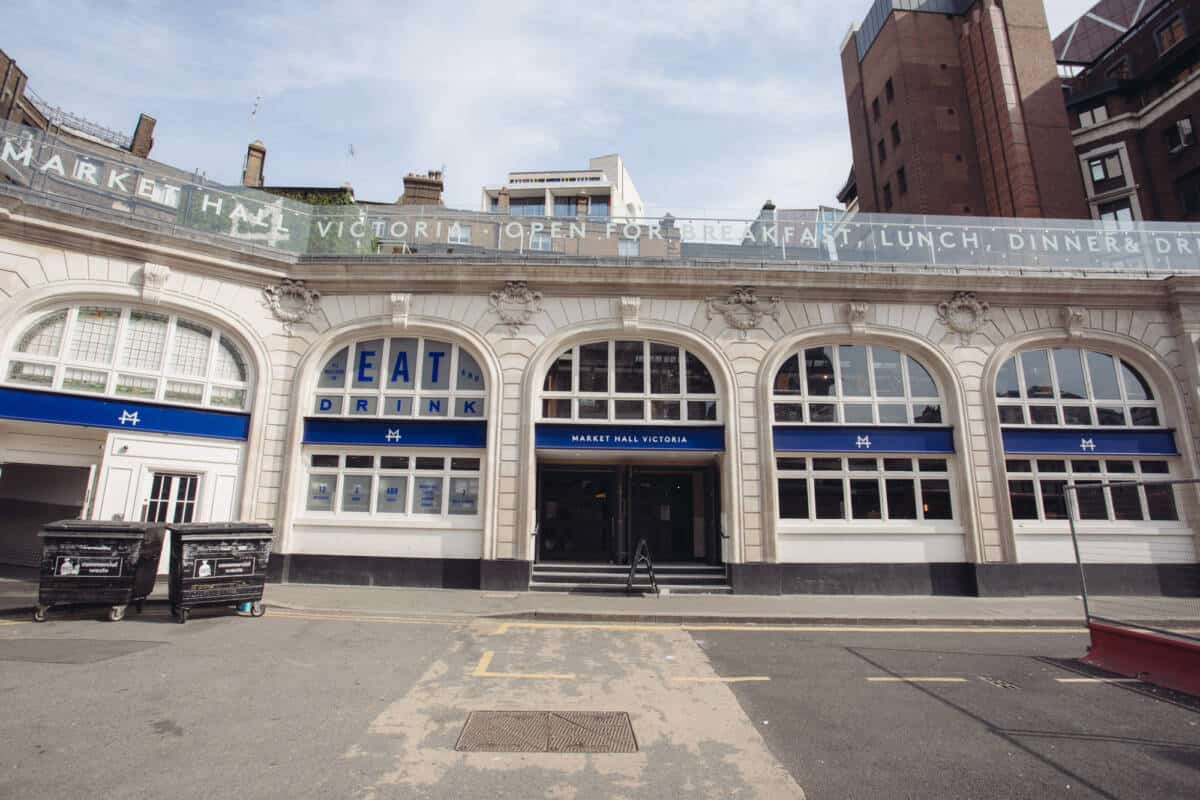 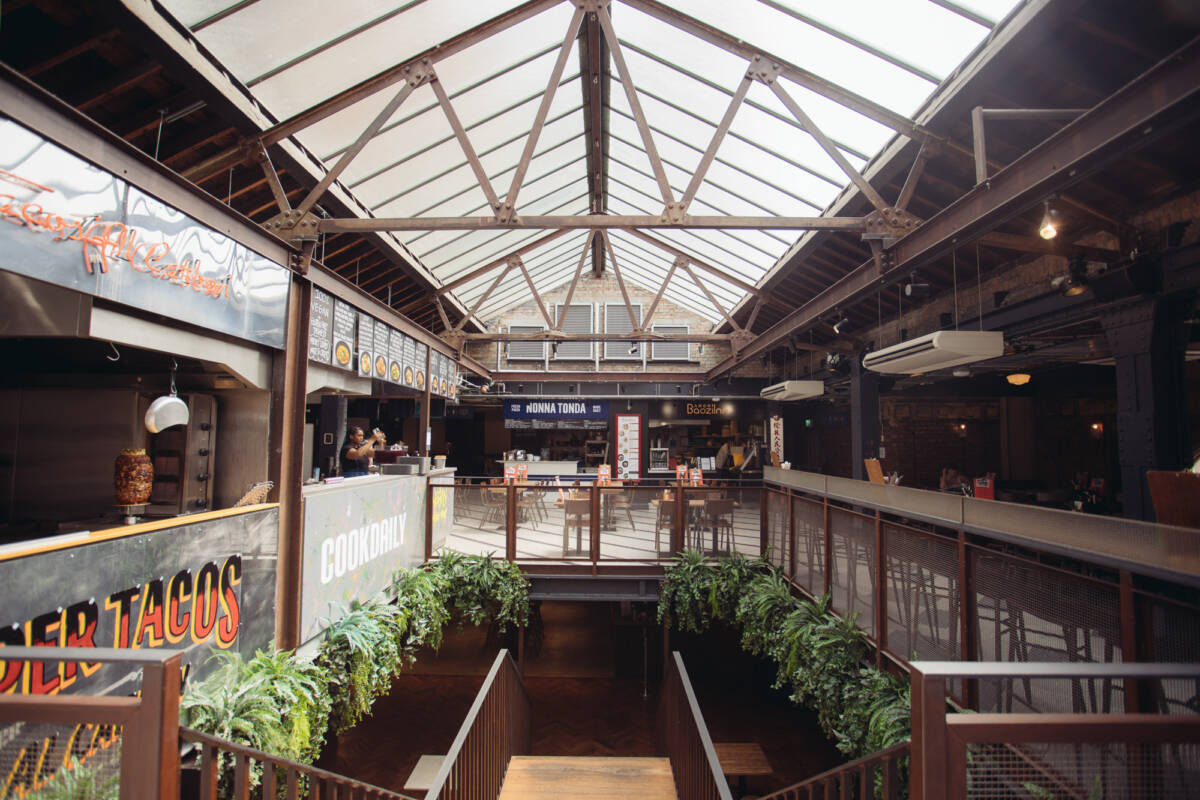 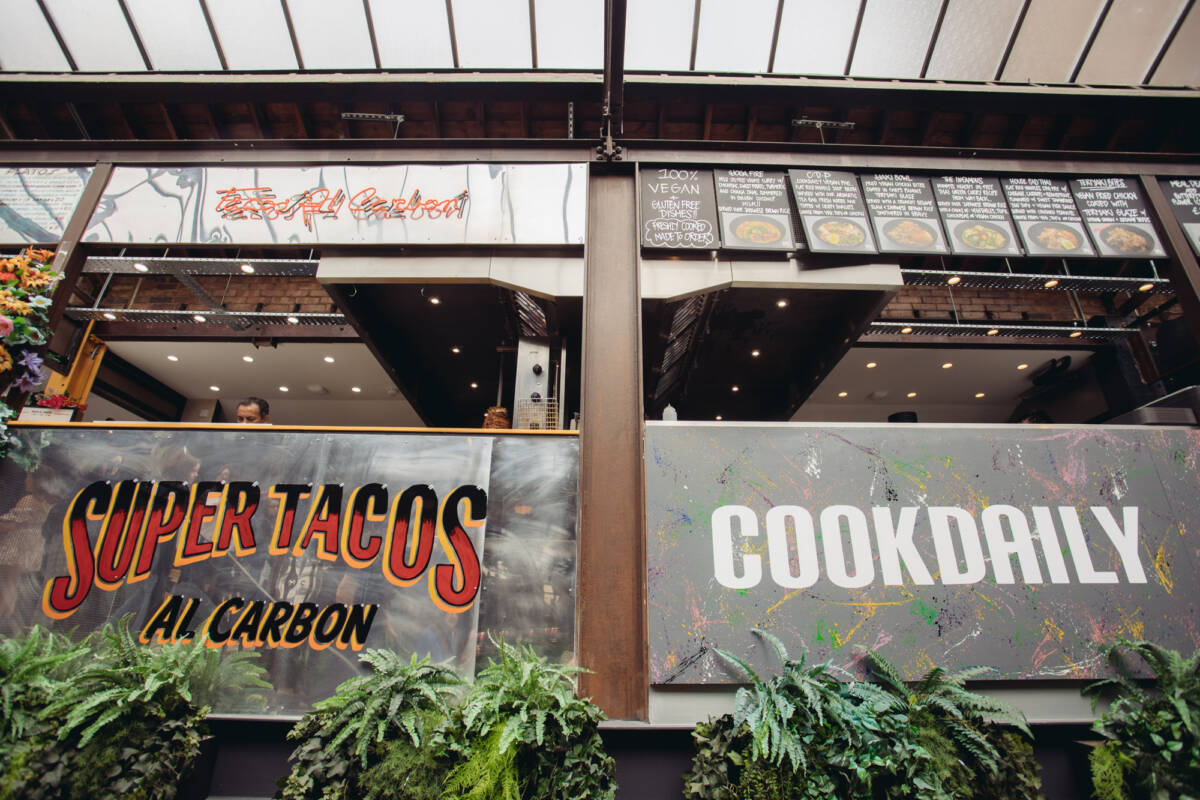 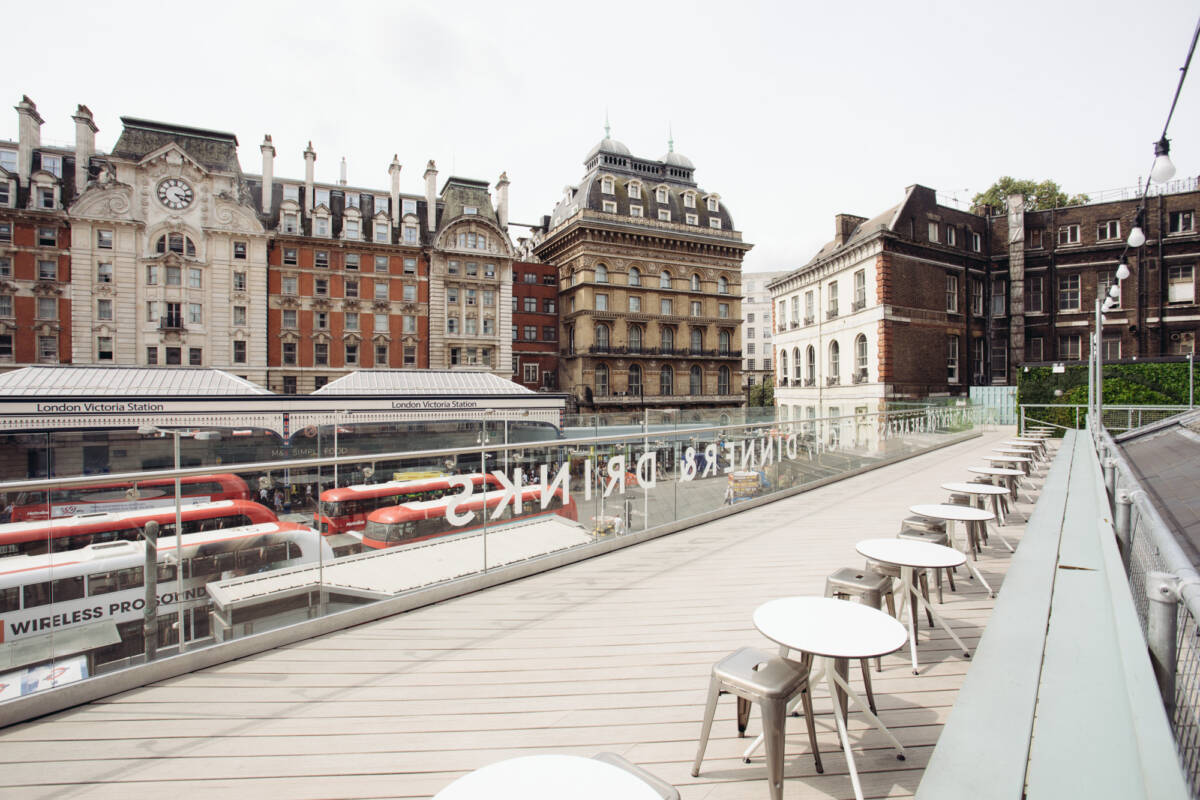 This food hall paradise is the perfect spot if you’re looking for a place to eat near Victoria Station. In addition to 11 vendors, there are also three bars, a rooftop patio and a coffee shop. Vendors include Soft Serve Society (soft serve ice-cream), Monty’s Deli (deli) and Gopal’s Corner (Malaysian Tamil inspired food).

If you can only get one thing: Go for Monty’s Deli egg and cheese bun! 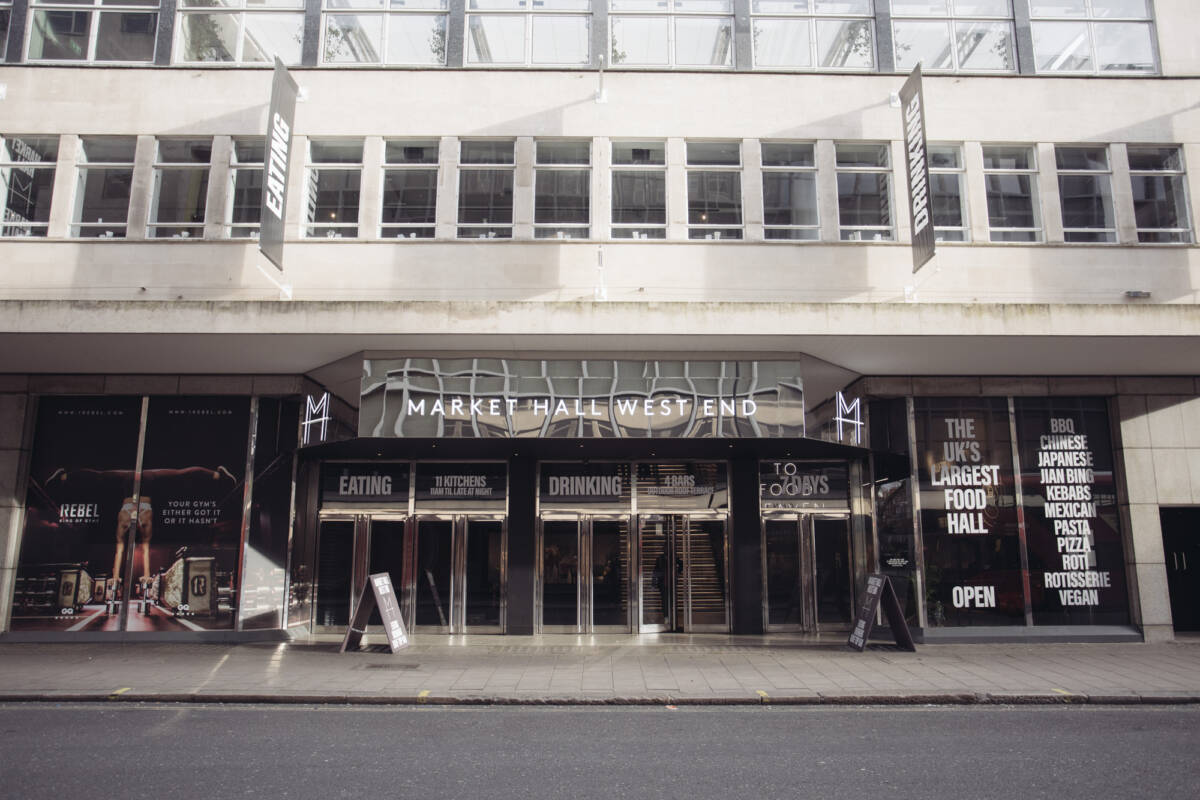 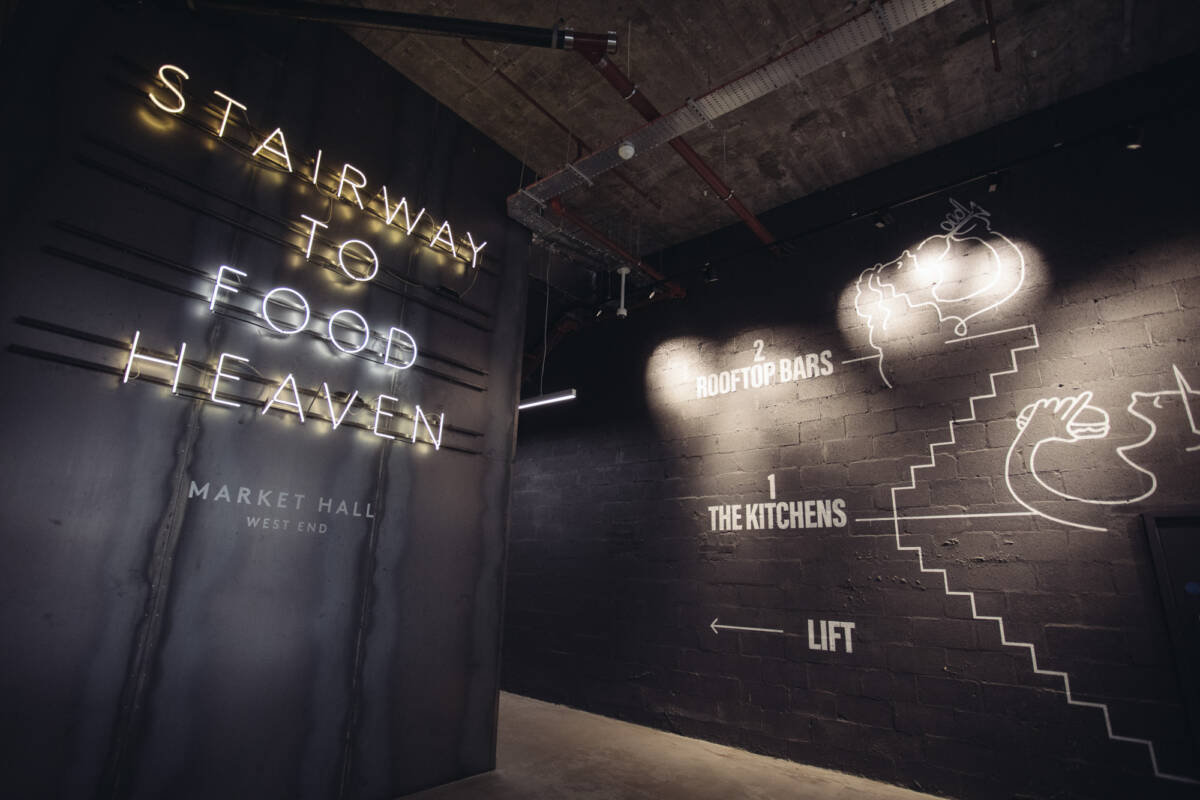 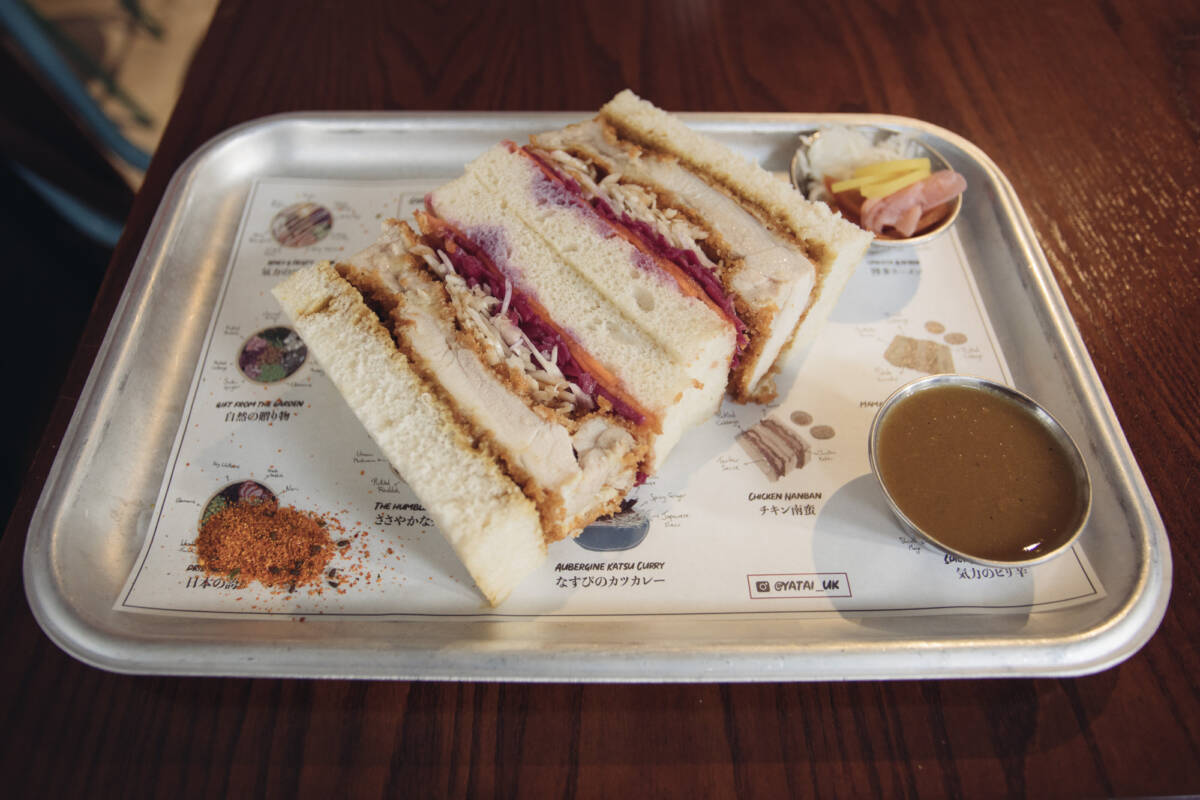 The arrival of the Market Hall on Oxford Street introduced some much-needed life into the Oxford Street food scene that always felt a bit short on non-chain options. Hungry shoppers can indulge into a range of cuisines and vendors include Super Tacos (Mexican tacos), Goodbirds (rotisserie chicken) and Yatai (Japanese).

If you can only get one thing: Opt for the chicken katsu sandwich from Yatai. 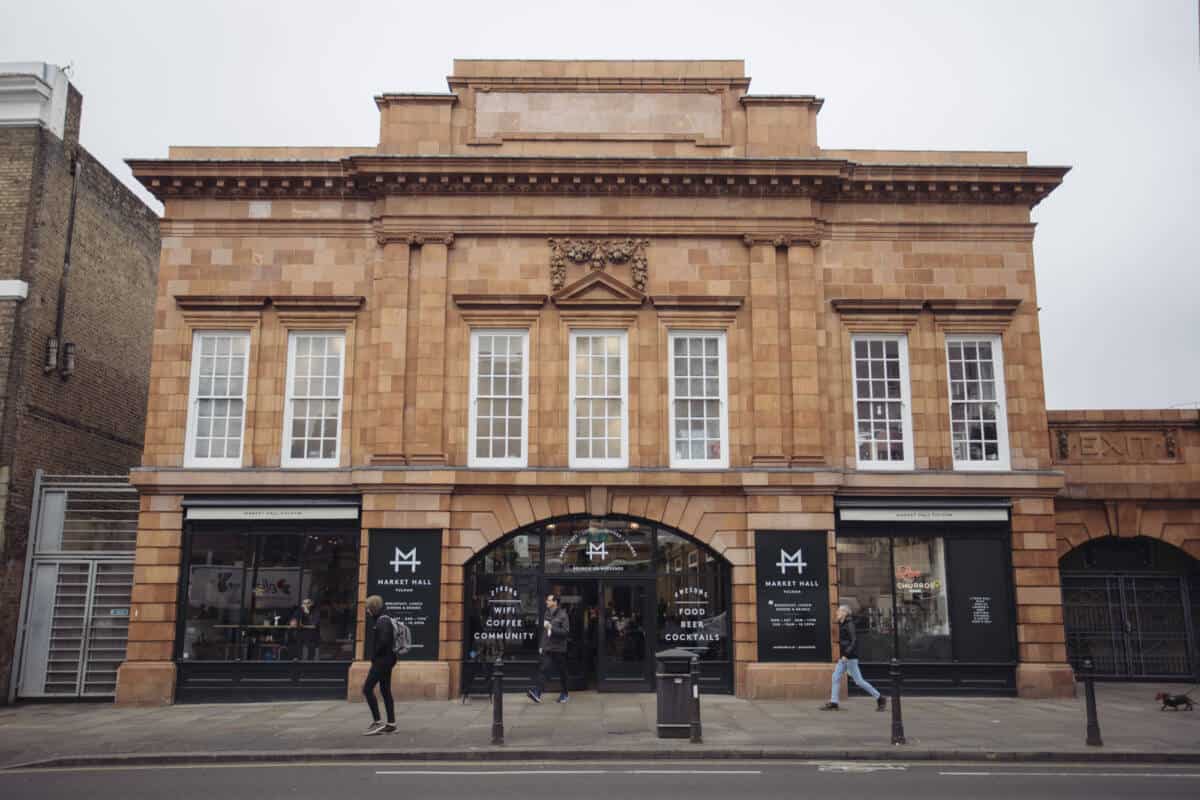 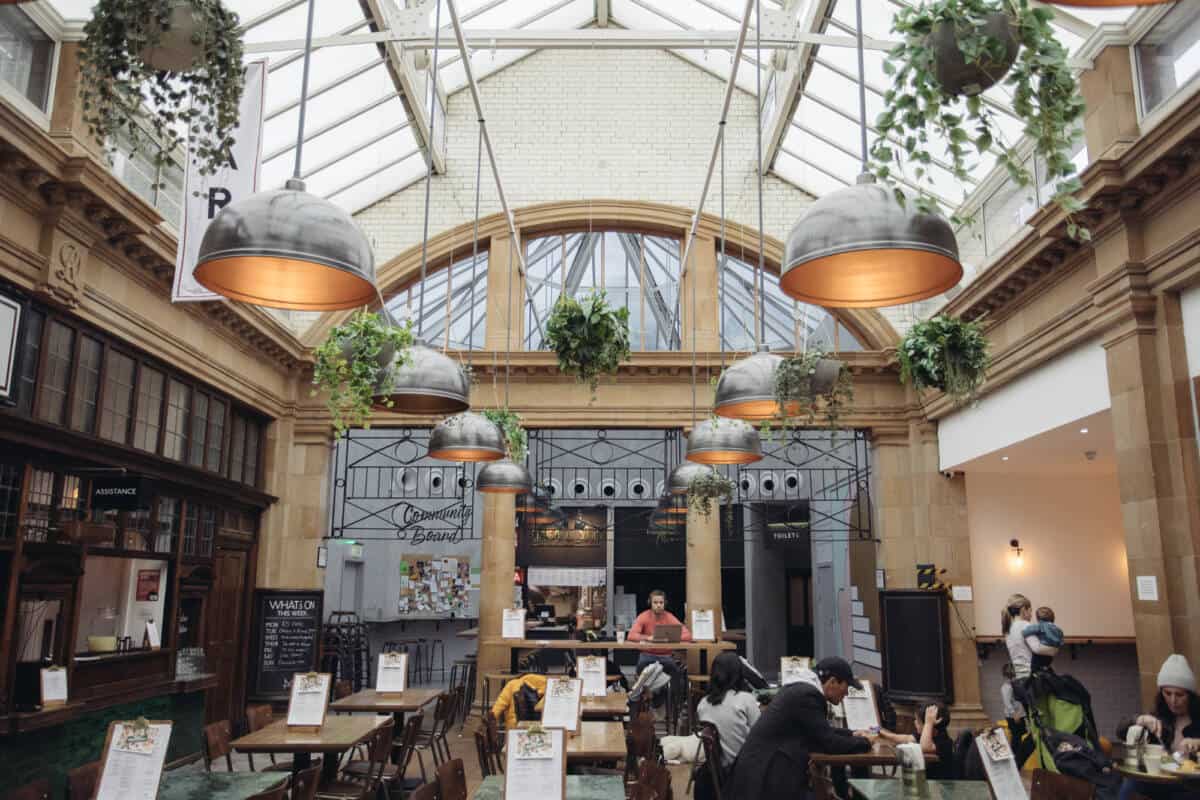 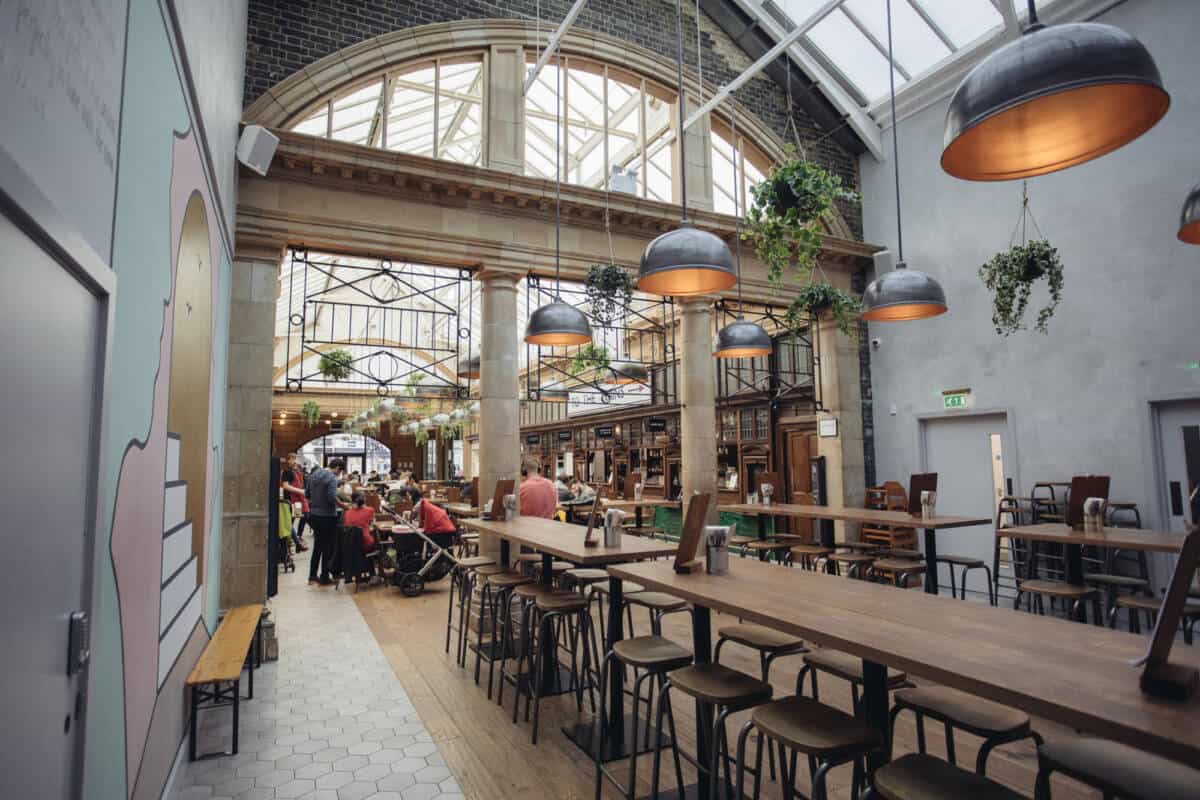 If you can only get one thing: an oat latte from Press Coffee.