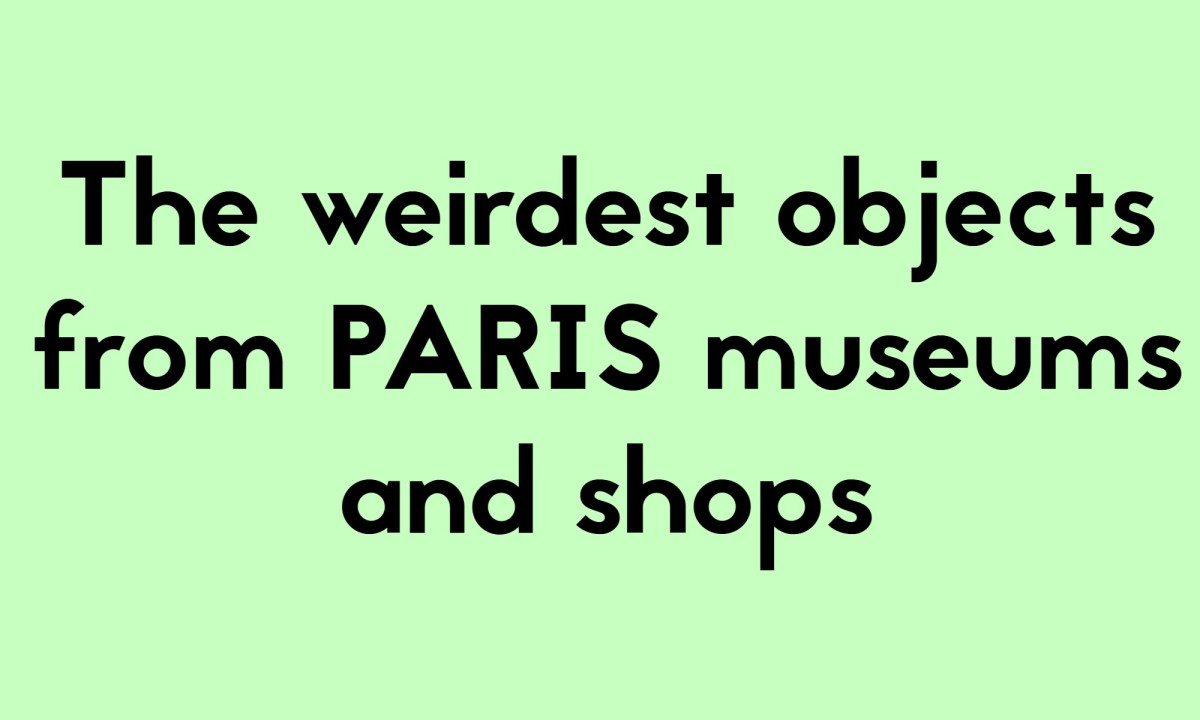 You think you really, really know Paris? While it’s a city known for its elegance and culture, scratch beneath the surface and you’ll find a weird, curious and downright criminal side to the French capital. The awesome folks at The Paris Pass put on their historical detective hats to uncover some of the strangest objects you’re ever likely to encounter in the museums, streets – yes … sewers – of Paris. 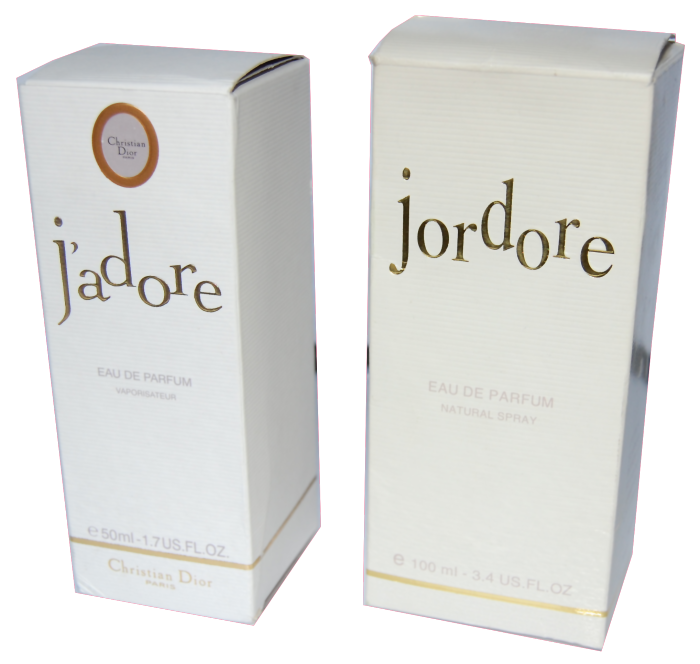 Museum of Counterfeiting
Test your powers of deduction at the Musée de la Contrefaçon (that’s the Museum of Counterfeiting) founded in 1951 by the French Union of Manufacturers. There are hundreds of objects ranging from luxury branded items to everyday products – all cunningly copied with criminal intent. And next time you see a MAC lipstick for £ 10 you’ll think twice. 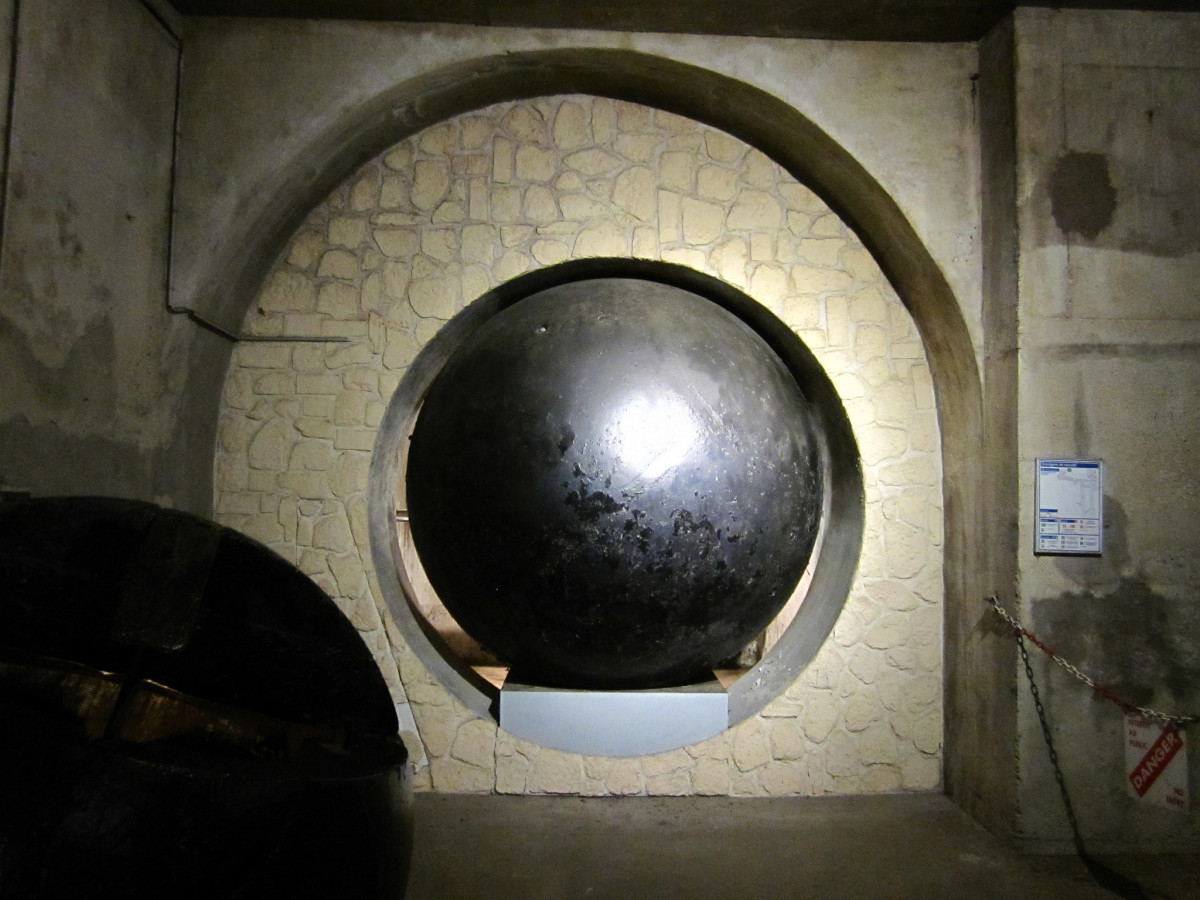 Paris Sewer Museum
When you get tired of the streets of Paris, why not head underground? At the Musée des Égouts de Paris – yes, Paris has a museum of its own sewers – you can follow, cautiously, in the fictional footsteps of Les Miserables’ Jean Valjean. Lurking beneath the stately and smart 7th arrondissement, you’ll get a scent of the city’s network of over 2,400 km (that’s 1,491 miles) of tunnels and galleries. Among the highlights underground are the giant balls once used to flush out the tunnels … it’s almost like a steampunk version of Indiana Jones, but sadly, you have to provide your own whip. 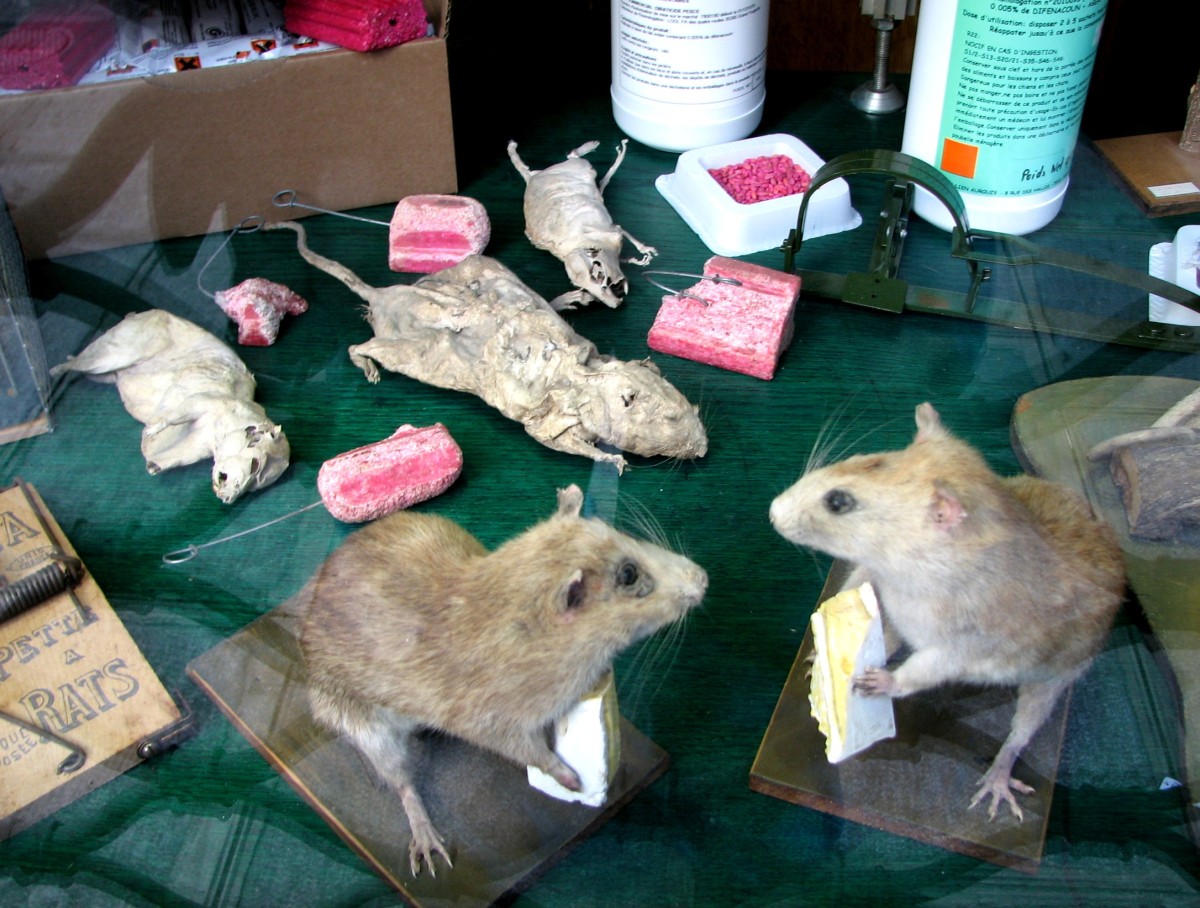 Julien Aurouze and Co Shop
Paris has everything from haute couture to haute cuisine and … dead rats hanging on a rail? But then if pest control is your forte – as it is for Julien Aurouze and Co in the Rue des Halles – what better way to get noticed among the glamour of central Paris than with some artistically arranged deceased rodents. Indeed the shop has added some glamour of its own, having made a cameo appearance in Disney’s Ratatouille, well, in animation form. 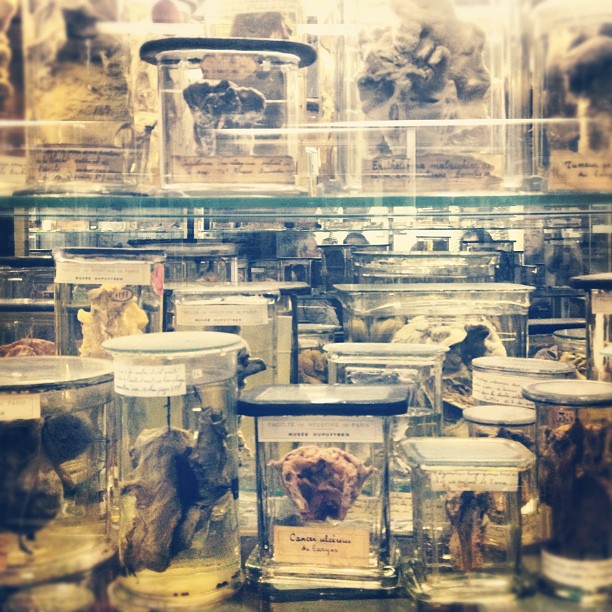 Musée Dupuytren
One of the city’s most carefully hidden ‘treasures’ – unsurprisingly so – is the Musée Dupuytren, a collection of anatomical specimens illustrating diseases and malformations. Originally established in 1835, it now includes some 6,000 objects ranging from wax castings, bones and body parts in jars to photographs, artworks and anatomical instruments. These literal skeletons in the Parisian cupboard reveal the horrors of conditions such as syphilis and tuberculosis that once twisted the bones and eroded the flesh of this city. As for your own anatomy … a strong stomach is definitely required! 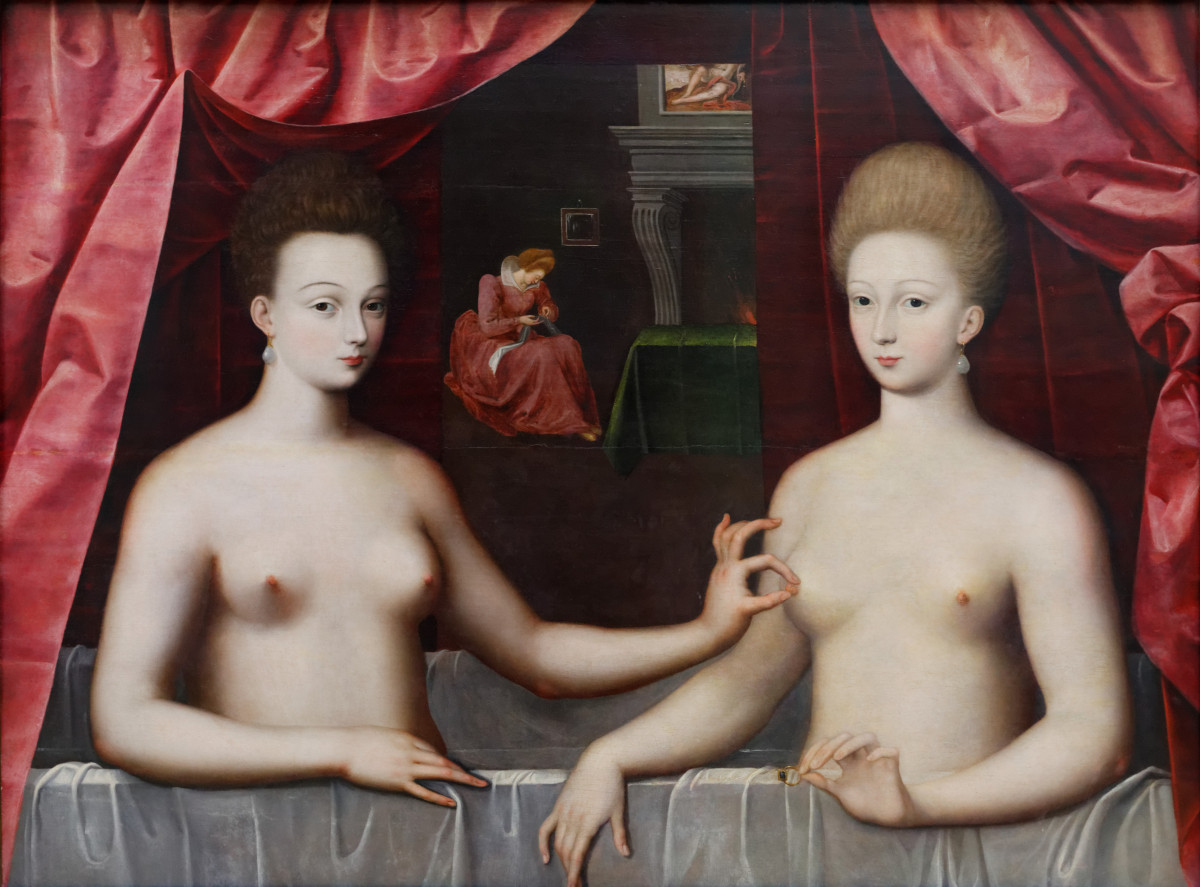 Louvre Museum
Over at the Louvre you’ll find some of the most celebrated images in the history of art – alongside one of the most bizarre: Gabrielle d’Estrées and one of her sisters. The painting portrays Gabrielle – mistress of King Henry IV of France, sitting nude in a bath, holding – what’s apparently Henry’s coronation ring. Her sister sits nude beside her and pinches her right nipple. Beat that Mona. 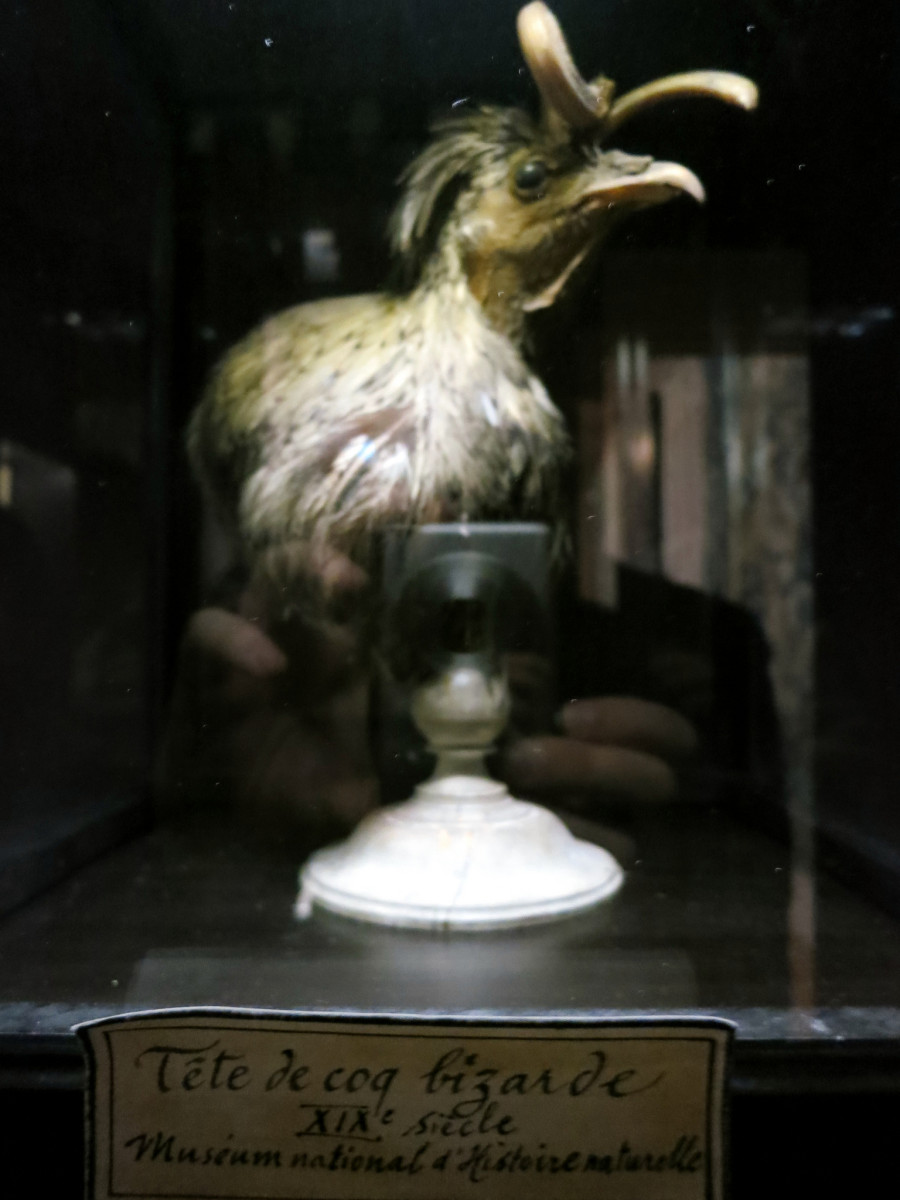 Museum of Hunting and Nature
For a more bestial take on ‘nature morte’, track down the Musée de la Chasse et de la Nature (that’s Museum of Hunting and Nature) in the Rue des Archives. This lavish 18th-century setting hosts a taxidermal menagerie as well as objects d’art, trophies and weapons. Some rooms are dedicated to a particular animal while others are given over, entertainingly so, to the eccentric muse of the curator. One of the most intriguing rooms is the Cabinet de la Licorne (yes… that’s Cabinet of the Unicorn) whose dark interior holds a number of fascinating creatures – some real, some mythical – including a rooster with a delightful set of horns – I reckon Kellogg’s should look this way for a new cornflakes mascot. 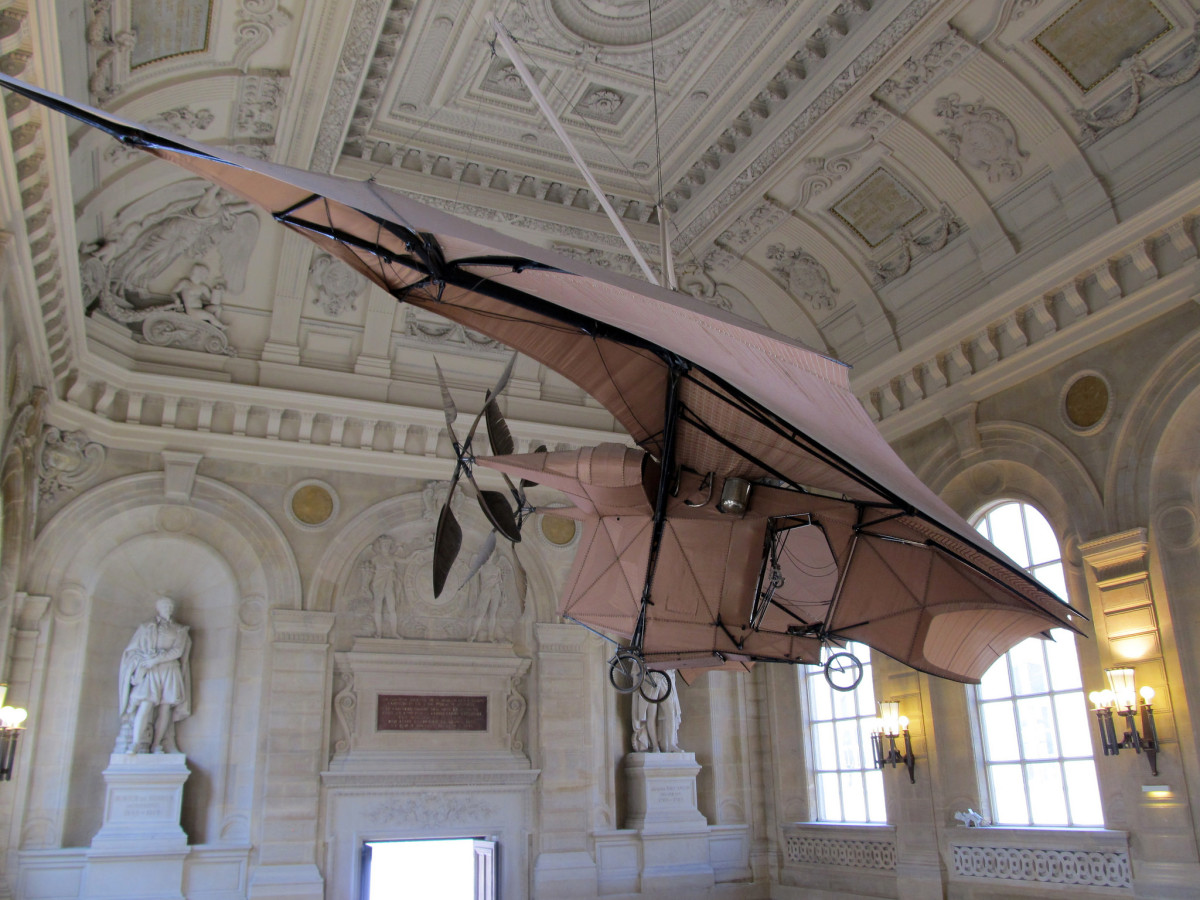 Museum of Arts and Crafts

For more of that 19th century proto-industrial vibe, head to the Musée des Arts et Métiers (Museum of Arts and Crafts) where you’ll find a giant steam-powered bat. Suspended from the ceiling – and probably more airborne than it ever was – is Clément Ader’s optimistically dubbed Avion III. This mechanical flight of fancy was built in the 1890s and financed by the French War Office. Sadly for Ader, and much like his prototype, the project never got off the ground.

Did you know this side of Paris?

5 thoughts on “The weirdest objects from Paris museums and shops”