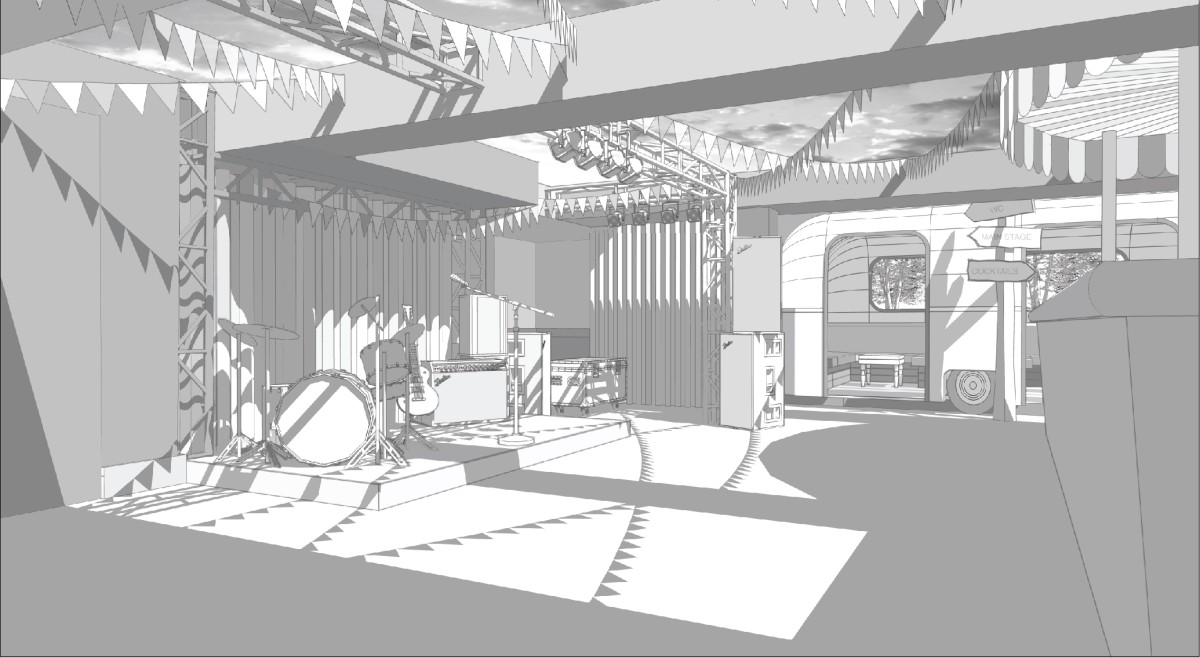 With the changing of the seasons, Archer Street’s downstairs bar is transformed every six months into a different destination-themed pop-up. This summer’s pop-up will be a tribute to great music, free-spirits and midnight dancing. FESTIVAL at Archer Street, Soho’s most creative cocktail bar, will be the only place to plan a great escape to this season with their Summer of Music, inspired by the best of Europe’s finest festivals.

Recreating Coachella, Glastonbury, Burning Man and Lovebox, all under one roof, FESTIVAL will feature an actual stage, private winnebagos, a backstage area, a photo booth stacked with quirky props such as branded Archer Street caps, t-shirts and of course, glow sticks. There will also be a real camping wagon built into the wall with intimate party lounges inside, while the roof will be decorated with multi-coloured bunting and painted as the sky.

Festivalgoers will be able to order from a brand new cocktail list, inspired by everyone? favourite festivals, with drinks such as; The Burning Gummy Man, made with Bacardi Rum, Passion Fruit Juice, Lime, Vanilla Syrup, and garnished with half a Passion Fruit and a Burning Gummy bear, The Best-of-All, a mix of Tanqueray 10, Grapefruit Juice, Lime and German Liqueur, served in a Wellington Booth to share or enjoy alone, and The SGP, which will be served in a camping mug and is a delicious blend of Grapes, Ciroc Vodka, Pineapple, Rosemary Syrup and Lemon Juice.

Earlier in the evening, before the music is turned up and the official after party begins, guests can glamp it up while a selection of the most anticipated festivals of 2015 are beamed out to them on screens. FESTIVAL will be the perfect place for fashionistas to rock the musical catwalk, as guests are encouraged to dress appropriately with loud prints, beat-up denim, swing dresses, neon willies and retro ponchos.