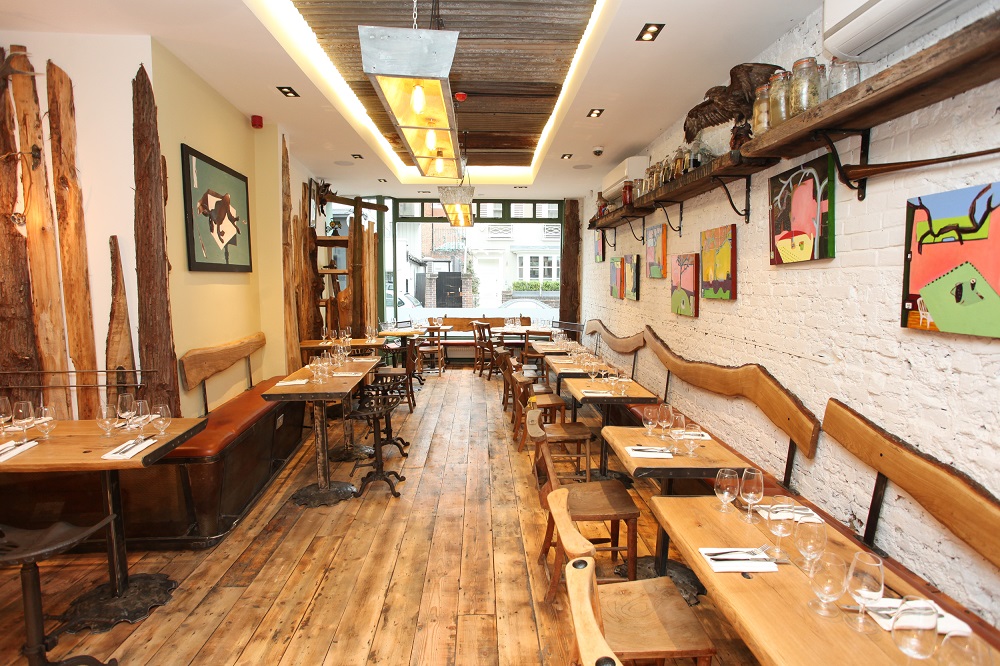 This autumn, the team behind the acclaimed Notting Hill restaurant, The Shed will launch a new restaurant in the heart of stylish Chelsea. Brought to London by talented brothers, Richard, Oliver and Gregory Gladwin, Rabbit will be a true celebration of British wild food with an emphasis on sustainability and nose-to-tail cooking.

Opening on the iconic Kings Road, Rabbit will recreate the Gladwin brothers rural way of life in the heart of the city. As with its sister restaurant, they will supply the restaurant with produce and award-winning wines from their family farm and vineyard, Nutbourne in West Sussex.

Farmer Gregory will provide the restaurant with reared livestock and source seasonal producer from local suppliers. Richard, who has spent the last decade working in top New York and London restaurants, with notable projects before the Shed including the acclaimed Bunga Bunga, will manage Rabbit.

Talented Head Chef Oliver Gladwin trained at Oxo Tower, Launceston Place, Just St James, and Hugh Fearnley-Whittingstalls River Cottage at Park Farm. He is passionate about foraging and cultivating ingredients, and at Rabbit will serve a daily changing menu with both small and large plates recommended for sharing. Oliver will serve wild seeds and herbs, such as Alexander, a herb first used as an alternative to pepper in medieval times.

Rabbits menu will be cleverly divided into mouthfuls, slow cooking and fast cooking. Mouthfuls will include delights such as: Veal Twig with Pineapple Weed, Violet Pickled Quail’s Egg with Celery Salt, Beef Cheek Bonbons with Mustard, and Mushroom Marmite with Confit Egg Yolk.

The restaurant takes its namesake from the ethos of sustainability and British wild food that the Gladwins are dedicated to, Oliver firmly believing that What grows together goes together. Rabbit will be served up in many guises, with dishes such as Rabbit Stone Bake, Spatchcock Rabbit and Rabbit Ragu. Widely available in the wild, due to their fast reproductive agility, rabbits can also be consumed in entirety, making them the perfect, and delicious, example of sustainable meat that will be served alongside a whole range of foraged food.

Other seasonal plates featuring wild ingredients will include: Thistle Split Milk Ricotta with Ground Elder Cobnut Pesto, Wild Wood Pigeon Saltimboca and Nutbourne Pork with Sweetcorn, Meadowsweet, Red Pepper and Pickled Summer Girolles. Guests will round off their meal with nature-inspired puddings such as Medler Frangipan Tart with Rose Geranium Sorbet and Crunch Honeycomb with Chocolate, Mascarpone and Tarragon Sugar.

Rabbits rustic interior will bring a touch of Sussex to Chelsea, with a real tree from Nutbourne, felled after the 2013 Christmas storms, being one of the restaurants eye-catching design features. Reclaimed, British built furniture (even the steel will be British) and wood will make guests feel relaxed from the moment they enter the welcoming 48-cover space.

Diners can start their evening with the Rabbit Daily Loosener, a seasonal cocktail made from British-produced spirits and using steeping and fermenting techniques to withdraw all the flavour from ingredients such as: Rosehips, Wet Almonds, Cherries, Quince, Crab Apples, Dandelion Flowers, Beetroot, Wild Garlic and Cabbage. Rabbit will also serve a range of fresh juice and smoothies with drinks including Country Kick, a rejuvenating blend of Kale, Broccoli, Apple, Alexander and Carrot, which will put the spring back in anyones step.

Richard and Oliver sum up the new project here: We are delighted to bring Rabbit to London and really hope it takes everyone who visits on a journey into the wilds theyll never forget!

One thought on “Rabbiting on in Chelsea”